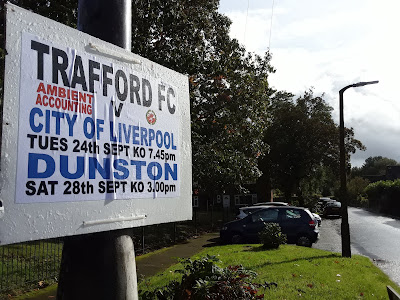 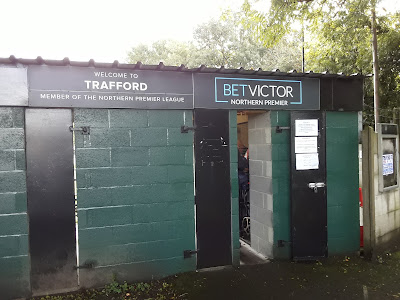 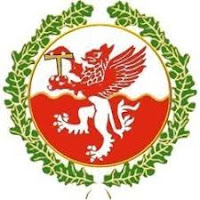 Trafford is a metropolitan borough of Greater Manchester formed in 1974. The borough covers 41 square miles covering the areas of Old Trafford, Stretford, Urmston, Altrincham, Partington and Sale. The River Mersey flows through the borough, separating North Trafford from South Trafford, and the historic counties of Lancashire and Cheshire. (population of around 235,500) Trafford FC play in the village of Flixton, which is part of the Urmston area, found 6 miles southwest of Manchester city centre. 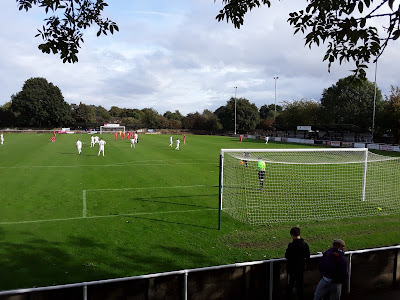 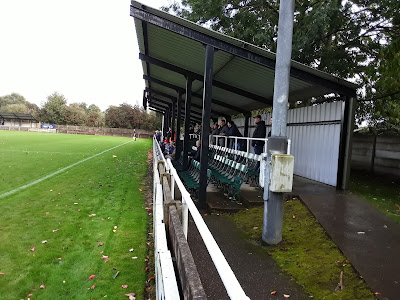 The ground has a seated stand on each side. The main stand has a built in press box with the changing rooms at the back. On the opposite side, the stand has three rows of seats with standing room at the rear. There is a covered enclosure behind one of the goals with the rest of the ground open with grass banking areas. 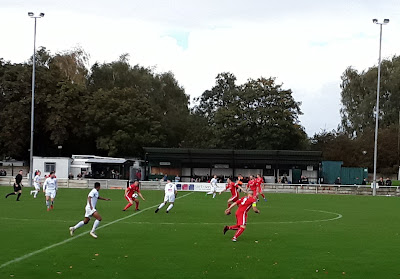 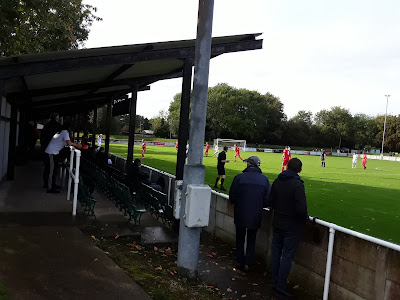 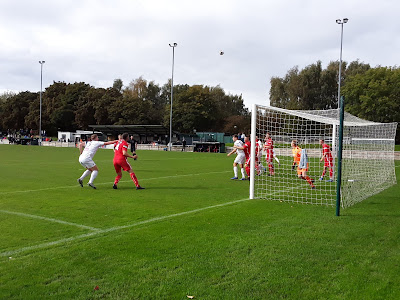 Trafford came from behind to claim the points with just over ten minutes remaining. They took an early lead when Keil O'Brien poked home from close range, but Dunston drew level when an Elliott corner was headed home by Heslop at the far post just before the interval.
The visitors took the lead when the home defence failed to clear their lines with Daniel Halliday taking advantage to make it 1-2. The match turned after a double sending off in the 75th minute with a straight red for a late tackle by Trafford's Tom Schofield and a dismissal for Dunston's Tom Hall for his angry reaction.
The home team seemed to cope better with the ten-a-side with Lewis Salmon getting on the end of a lovely left wing cross to equalise, then moments later he was shoved over in the box before getting up and slotting home his second from the penalty spot, to give his team the 3-2 win. 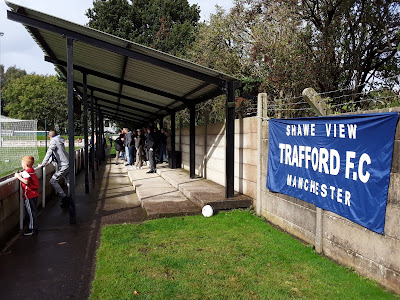 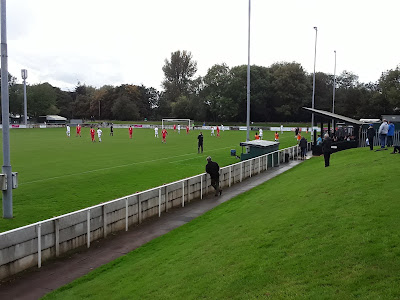 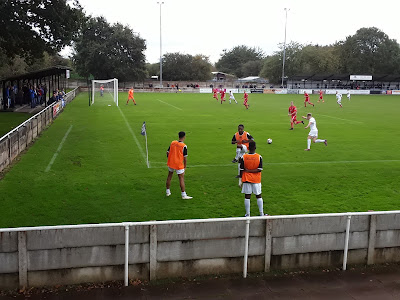 Departed on players/committee/supporters coach from UTS Stadium at 0930. Stopped off at Hartshead Moor services for 45 minutes then after negotiating the heavy traffic on the M60 we arrived at Shawe View at 1.40pm. The later than planned arrival didn't stop my Urmston pub crawl, supping in the Tim Bobbins JDW and the GBG listed Lord Nelson, Prairie Schooner and keeping the nearby Flixton Conservative Club for after the game.
It was good to travel away with Dunston again, promotion to the Northern Premier League means I can get to some new grounds instead of having to rely on the FA Vase for a tick. So apart from the result it was a good day out at a very friendly football club. 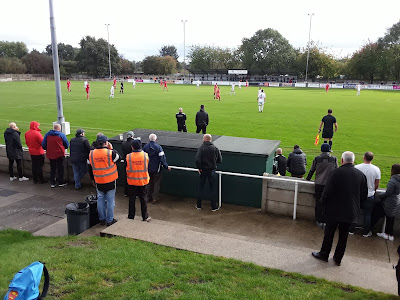 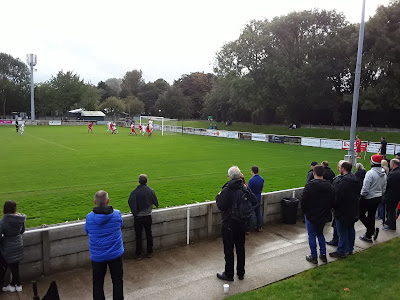