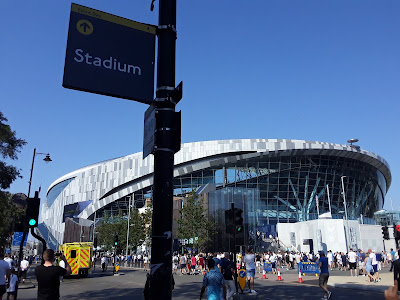 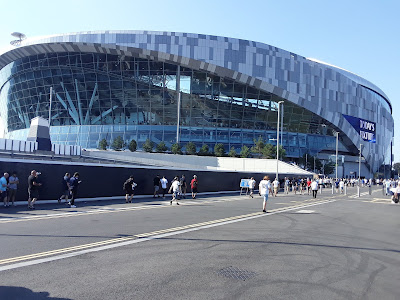 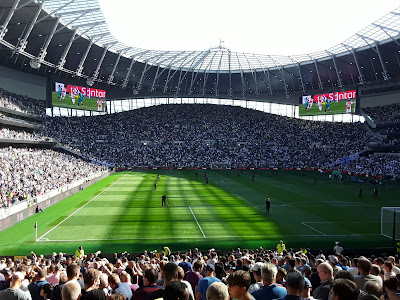 Although I’ve been to White Hart Lane on a few occasions this was my first Spurs away match with Newcastle United for over 32 years. My first visit was way back in December 1984 and what a memorable occasion that was. The Toon lost the game 3-1 after taking a shock lead with a fabulous solo effort from Chris Waddle. That Waddler strike won Goal of the Month on Match of the Day, but that wasn’t the best thing I clapped eyes on that afternoon. At half time, there was a Xmas parade around the perimeter of the pitch and walking next to Santa Claus was the gorgeous Linda Lusardi, so what a treat for this teenager to see my favourite page 3 lass up close and looking stunning!

The following season I witnessed a miserable 5-1 defeat, memorable for the only United goal scored by the late Alan Davies. In the 1986-87 a late Peter Beardsley goal saw a rare away point at White Hart Lane, then later that season a 5th round FA Cup tie and my last visit to the Lane.  This game saw another Spurs win, another Clive Allen goal en route to another Wembley cup final, but the main recollection is the overcrowding in the away section, which could have seen a disaster akin to what happened at Hillsborough two years later. 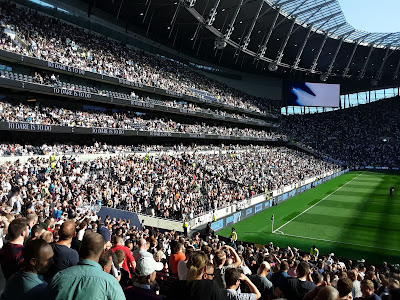 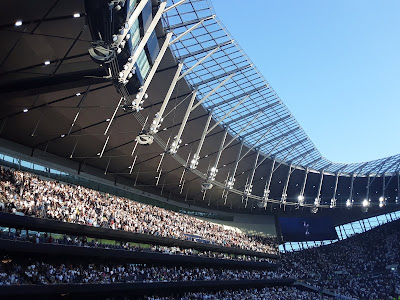 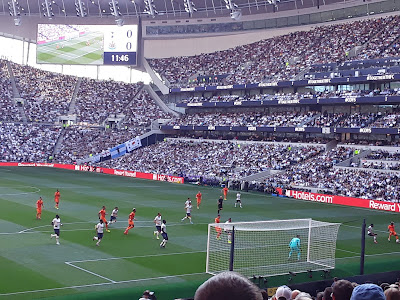 After the carry on with various delays and over stretching the budget, the long wait for the new Spurs ground has definitely been worthwhile - because it's a belter!
The ground has large sweeping curved roofs with four-tier stands on the West and East sides. The Paxton End has three tiers and opposite is the 17,500 capacity South Stand, the single largest stand in the country, which is topped off with a large gold coloured cockerel mounted on the roof. Overall the stadium is stunning and if it isn’t the best ground I’ve been to then it's definitely in my Top 2. 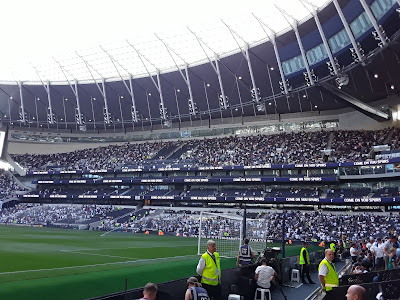 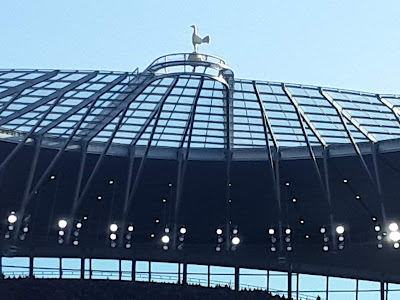 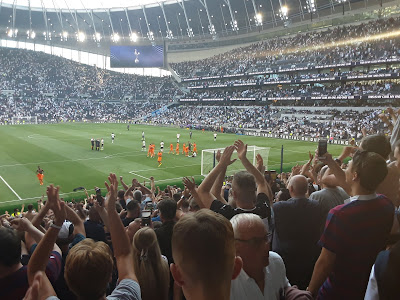 “It’s a funny old game” as a former Spurs legend used to consistently say and today was a prime example of that. After the horror show at Norwich last week Newcastle were the complete opposite, showing an abundance of passion, fight, with every player fully committed to the cause. Even the winning goal had a touch of class about it. United’s seventeen pass move was rounded off with Matt Ritchie placing the ball into Atsu, who curled the ball into the path of Joelinton who took a touch and fired in his first Premier League goal.
It was backs to the wall for the majority of the game but as the clock ticked down, I couldn’t see the home team scoring with the Toon defence literally throwing their bodies on the line to hang on to those first three precious points. 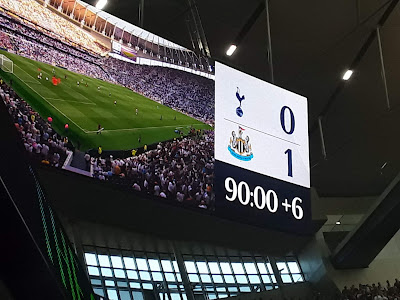 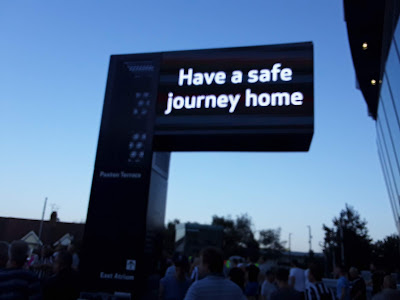 What a long but thoroughly enjoyable day! The prolonged journey to London went much quicker in the company of Valerie and Verity, two new friends I made on the bus who were also travelling to the match. “The Two V’s” are mother and daughter who have given up their season tickets this year and like myself are attending their first Toon match of the season.
When we arrived in London we headed up to Tottenham Hale where I arranged to meet Simple Pieman for a few bevvies in The Volunteer. After a few drinks my new friends headed towards the ground for a drink in one of the away pubs, while me and Pie stayed for another drink. It was great to catch up with my Spurs supporting pal, who finally got to play host as we have been meeting for a pint in Newcastle regularly over the last 13 years.
After the game I met up with my old Geordie-exile pal Decka T and his girlfriend Nena, helping him celebrate his birthday after that fabulous win. We called into the GBG Antwerp Arms where the majority of Spurs fans were very gracious in defeat, congratulating us on our win and wishing us all the best for the remainder of the season. We headed back into central London for something to eat in The Metropolitan, then after we said our goodbyes I rounded off my day with a nightcap in the JDW in Victoria Station to top off a classic matchday.
on August 26, 2019
Email ThisBlogThis!Share to TwitterShare to FacebookShare to Pinterest
Labels: Newcastle United, Tottenham Hotspur