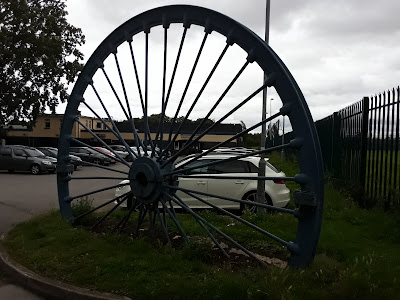 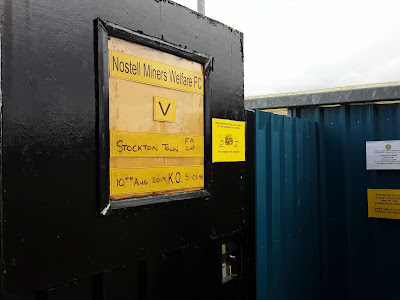 Crofton is a village about 4 miles from Wakefield in West Yorkshire. (population nearly 6,000) Crofton is listed in the Domesday Book as ‘Scroftune’ and was chiefly a farming community, before the importance of coal mining in the 19th century. There were three coal mines within a two-mile radius of the village; Nostell, Walton and Sharlsto.

Coal mining at Nostell dates back to the 9th century and was known locally as 'the family pit' due to the welfare schemes introduced by the Winn family. In 1880, terraced houses were built close by to the colliery and the estate was nicknamed 'Cribbins Lump' after the homebuilder. The settlement was later renamed 'New Crofton' by Lord St Oswald but the nickname remained until the houses were demolished in the 1980s and the colliery finally closed in 1987. 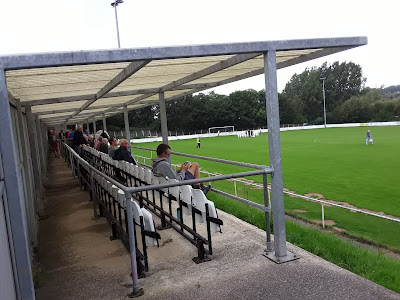 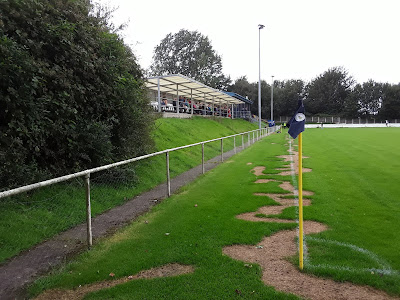 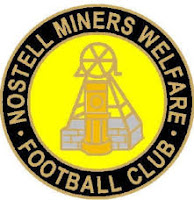 Nostell Miners Welfare FC was founded in 1928 and began playing competitively in the Wakefield & District League, which they won in 1937-38. 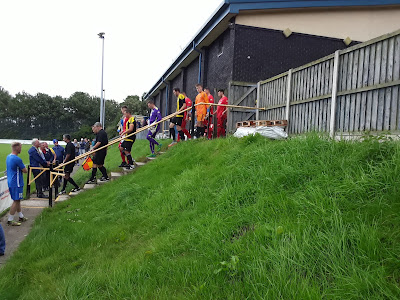 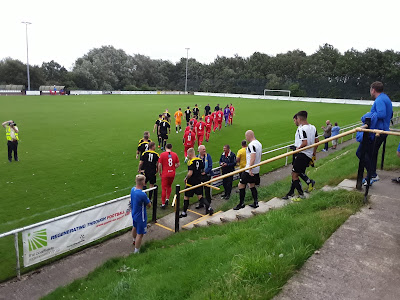 The old Nostell Miners Welfare is now the Crofton Community Centre. Entrance to the ground is via the centre with the turnstile at the top of the stand which has two rows of white seats. The dugouts are over the far side with open hard standing all around. The community centre has a spacious bar, refreshment hatch, changing rooms and some interesting mining memorabilia at the reception. 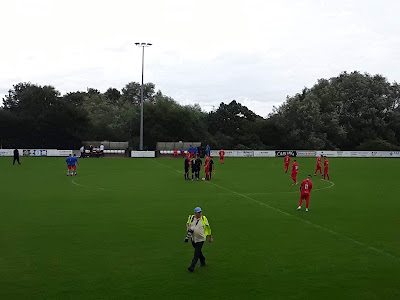 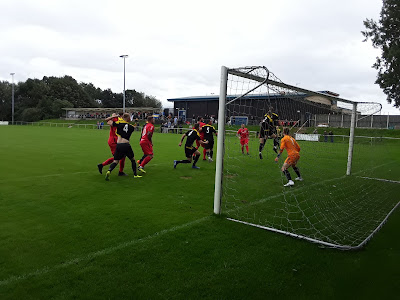 The Teessiders bossed the first half and finally took the lead in first half stoppage time when Jamie Owens fired in from the edge of the box. Nostell responded well from the restart and quickly drew level with a neat curled shot from Adam Hayton.  The Anchors got back in front when right-winger Kev Hayes started and finished off a quick move on the break, only for Danny Edwards to equalise with a diving header. The 2-2 draw will see the teams have another crack at it on Wednesday night, with Northallerton awaiting in the next round.
Footnote
Replay result: Stockton Town 5 (Owens 2, Woodhouse, Jackson, Roberts)
Nostell MW 1(Edwards) 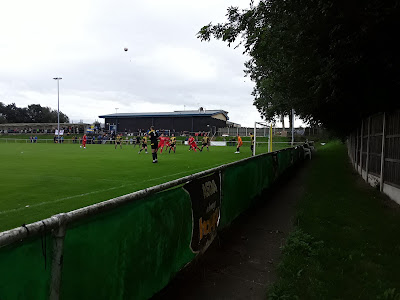 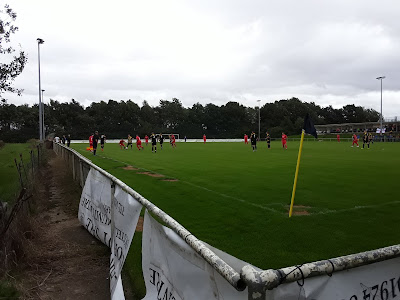 105 mile drive door-to-door via A1/M62/A655 and through the winding roads down to New Crofton.
After finishing work I picked up Lee & Katie on the way, which for them was a revisit but they were both happy to accompany me and lend their support to Stockton Town.
Afterwards a great home run through the rain showers so back at 100FgC HQ by 7pm. 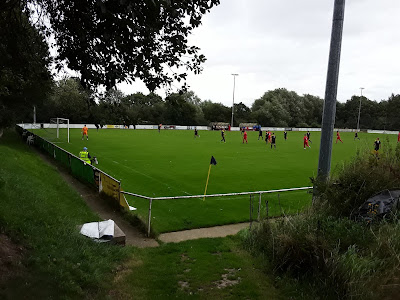 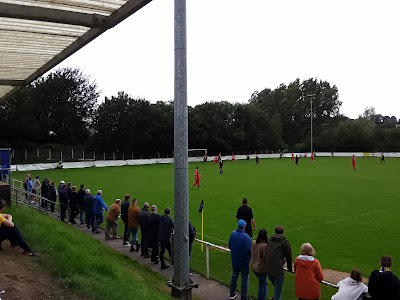