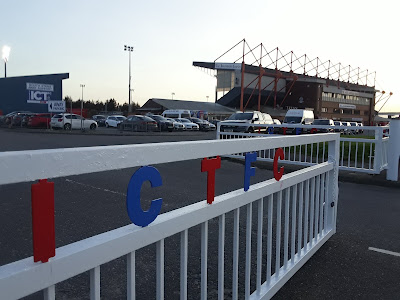 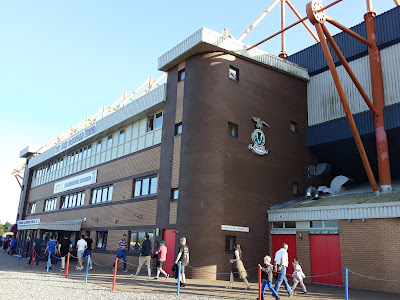 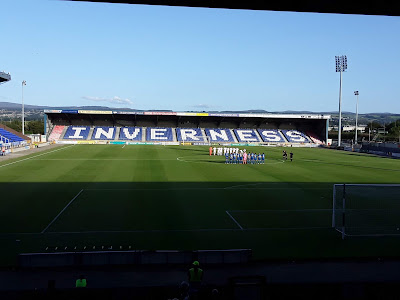 Inverness meaning "Mouth of the River Ness" is a city in the Scottish Highlands. It is the northernmost city in the United Kingdom and lies within the Great Glen where the River Ness enters the Moray Firth. (population almost 64,000) 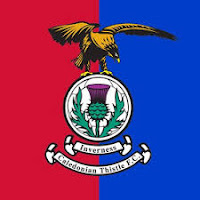 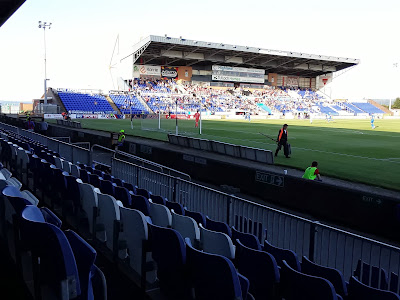 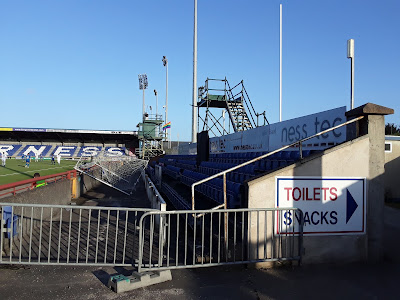 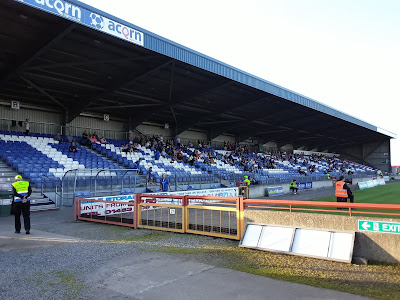 
IV1 1FF Capacity 7,512
Opened in 1996.
Record Attendance 7,512 v Glasgow Rangers in SPL on 6th August 2005
Current Scottish League grounds visited 37/42
Total Scottish grounds visited 106
The stadium is situated beside the Moray Firth, in the shadow of the Kessock Bridge. The main Jack McDonald Stand has two tiers with executive boxes at the top and the team dugouts each side of the tunnel. The North and South stands are matching all seated enclosures behind the goals. The other side is open, having a small section of seats, the TV gantry and extra light pylons. 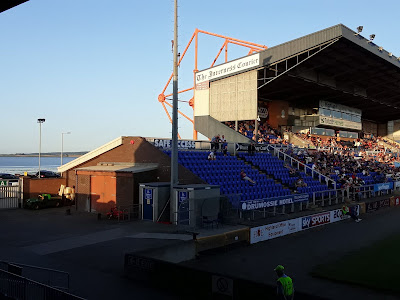 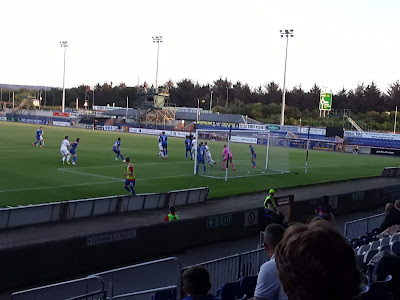 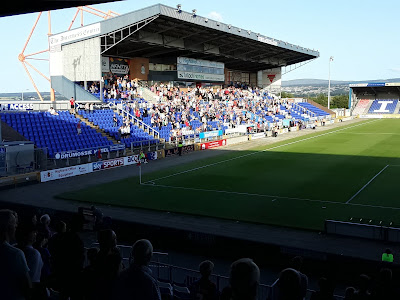 
Betfred Cup Group D Matchday 3
7.45pm ko
Att.1088(tbc)
Red card:Megginson(Cove Rangers) 2 yellows 73'
Admission £12
Pin Badge £3
Coffee £2.30
After a quite start the match came to life just before half time. A corner kick was met by a McKay header which struck Jordan White on route to goal. Cove Rangers then took a surprise lead with a goal each side of the break from Mitch Megginson.
Caley equalised when a sweeping right wing cross was poked home by James Keatings, and they regained the lead with a Nikolay Todorov header.
Any chance of Cove getting at least a point from the game diminished when goalscorer Megginson was shown a second yellow after a bad foul on 73 minutes, however they nearly snatched a point when a Martin Scott goal was ruled out for an earlier handball. 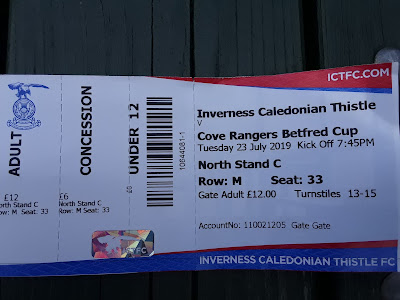 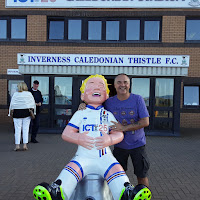 #HeedHopper
0935 train Newcastle to Edinburgh - Edinburgh to Inverness via Stirling arriving at 1525.


The breadknife and I spent a couple of days of my holiday birthday week in Inverness. We had a few days on the lash, but my main reason was to do the Highland double of Caley Thistle and Ross County 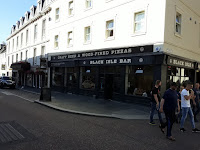 After two nights we left Inverness on my birthday, leaving on the packed 0944 train to Edinburgh. We had time for a couple of pints in the Half Way House and Jingling Geordie before the train home where we rounded off my birthday with a few bevvies in Toon. A smashing couple of days, Inverness is such a great place, its just a shame it's so bliddy far away.
on July 26, 2019
Email ThisBlogThis!Share to TwitterShare to FacebookShare to Pinterest
Labels: Cove Rangers, Inverness CT