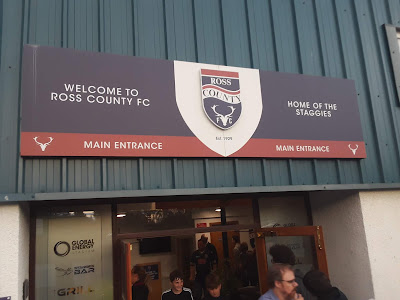 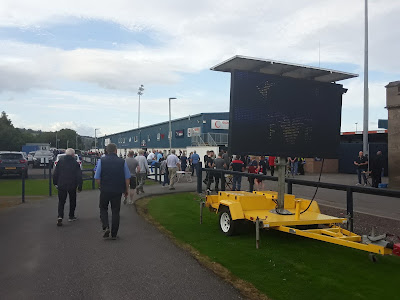 Dingwall is the home of Ross County, a town and a royal burgh in the Highlands.(population almost 5,500)

The club was formed in 1929 after North Caledonian Football League clubs Dingwall Victoria United (the 'Dingwall Victors') and Dingwall Thistle (the 'Dingwall Jags') successfully applied for the Highland Football League. The club was subsequently renamed Ross County, playing in the Highland League from 1929 until successfully applying for the extended Scottish League in 1994. 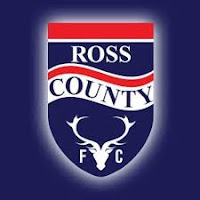 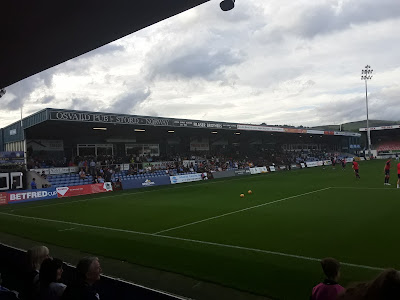 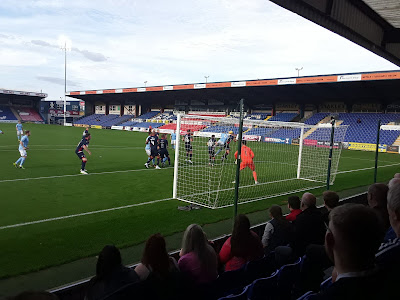 The ground has four single tier stands all the same height and running pitch length. The gangways are at the back of the stands which brings the spectators closer to the pitch. The main West Stand has a row of executive boxes at the back, with the team dugouts within the stand each side of the tunnel. 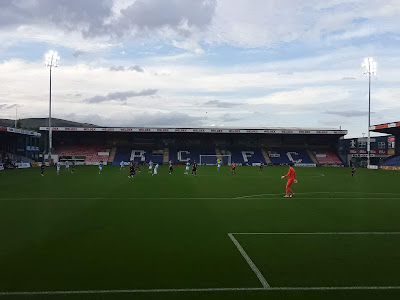 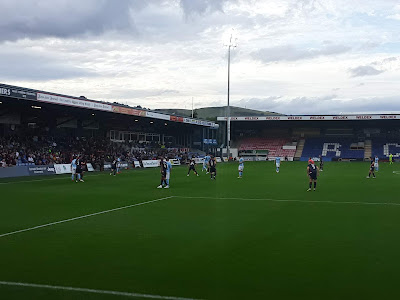 A brace from Brian Graham secured a 100% record for County in the group stage of the Betfred Cup. He fired in from a Gardyne cross to put them ahead after fifteen minutes and headed home with fifteen remaining in a comfortable evening for the Staggies. 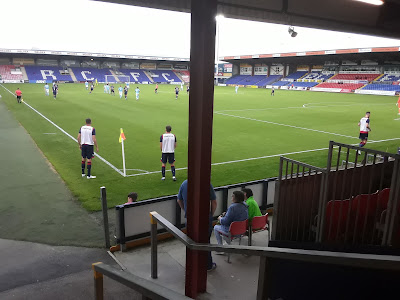 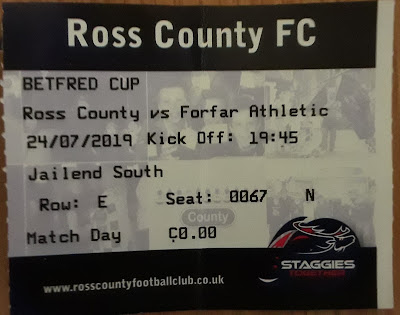 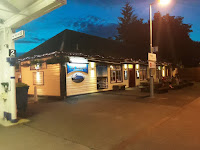 ScotRail 1831 service Inverness to Dingwall, return on the 2258.

The second part of my Highland double during our stay in Inverness.
The breadknife accompanied me for this one and afterwards we had a drink in every pub in town, well...both of them - The Caledonian and The Mallard.