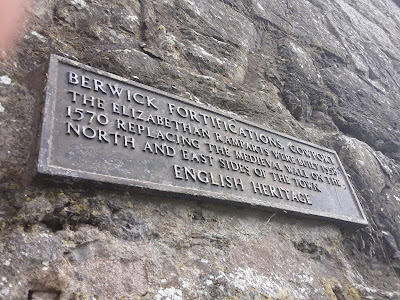 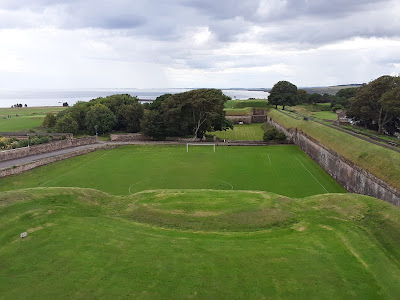 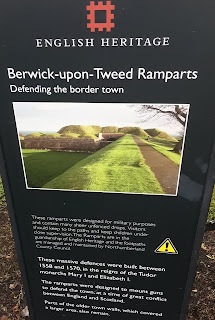 The Berwick Charities Cup is one of the oldest charity football competitions in the north-east, which stretches way back to the late 19th century and involves teams from both sides of the border. The competition is held from May until August with a group and knockout stage all played at The Stanks.

The Stanks,
Magdalene Fields
Berwick-upon-Tweed
TD15 1NE
The Stanks are adjacent to the old Elizabethan fortified town walls which runs parallel with one side of the pitch. Access to the pitch is through a very narrow archway through the walls, with the changing rooms in an old stone building on the outside. 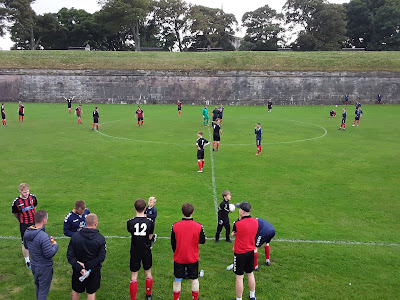 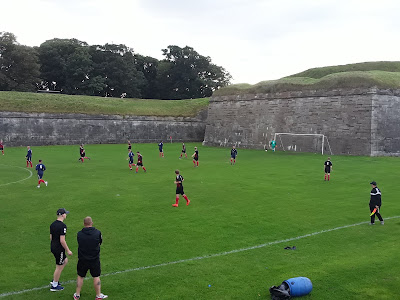 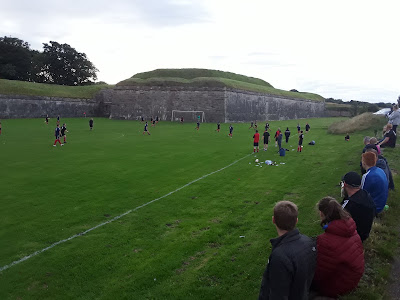 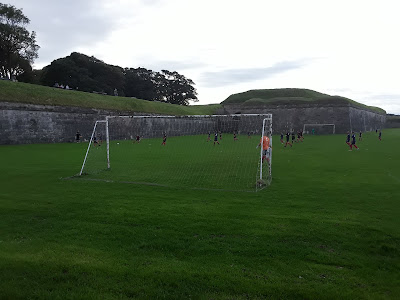 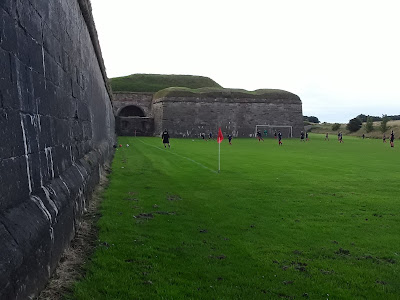 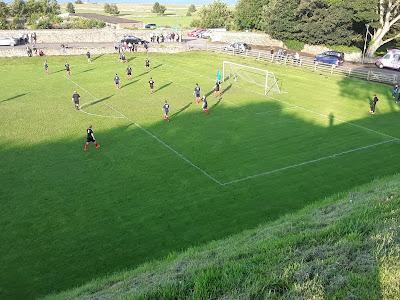 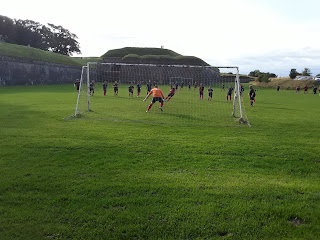 The Free Trade Ultras were 2-0 up at half time with headed goals from Paki Brown and Stewart Potsy Wright. They should have had the tie wrapped up by the break, but the Warriors goalkeeper Mark Walters made some terrific saves including a Brown penalty on 21 minutes(see pic >>).
The Weekend Warriors pulled one back early in the second half with a cheeky backheel shot by John Crawford and grew in confidence, equalising with a strong run and shot from Martyn Tait on 66 minutes.
The match could have gone either way with chances at both ends, but it was finally settled with just two minutes remaining. A free kick on the left was met by Wright, who heading in his second to send the Ultras into the semi-finals. 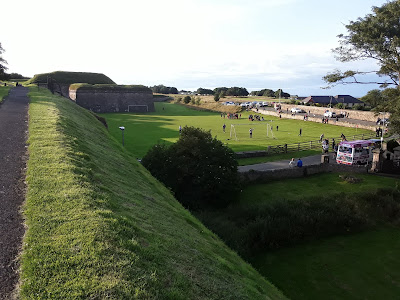 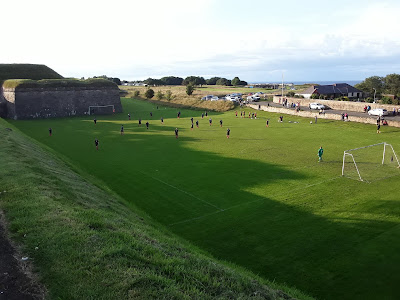 #HeedHopper
65 mile drive door-to-door up the A1.
I was made aware of The Stanks by Robert Campion and then Peter Miles, who both attended matches at the start of the competition. Since then it seems just about everyone I know with an enthusiastic interest in this hobby have appeared at this unique venue.


I doubled up this game with a match at Spittal Rovers, just a five minute drive away which I’ve posted in Around The Alliance part 22 which made it a cracking day of football in Berwick-Upon-Tweed. 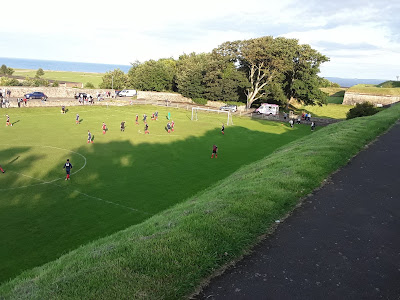 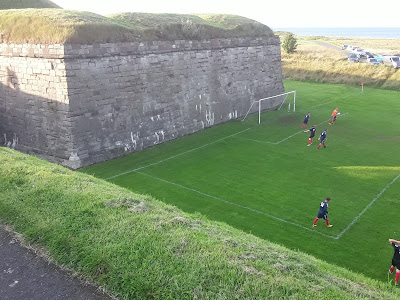