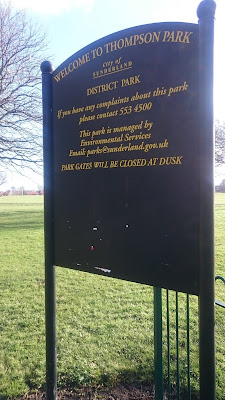 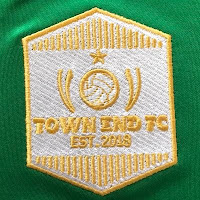 Sunderland Town End are a new club formed in 2018, who have made a great start in their debut season, currently seven points clear at the top of the Durham & Wearside Development Division.

#HeedHopper
11 mile drive door-to-door
The second match attended within this league following on from my visit to Hylton SC in November. 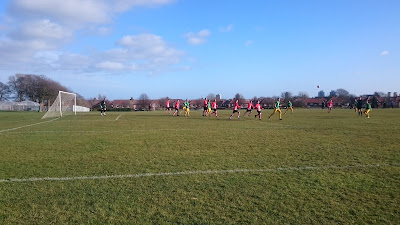 Thompson Park has various sports facilities found just off the Newcastle Road junction in the Southwick area of the town.  The ground has three football pitches with Town End using the middle one, with the changing facilities at the park entrance on Thompson Road. 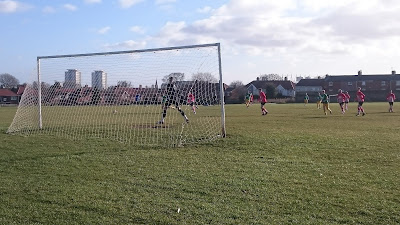 Town End took advantage of the windy conditions to lead 3-1 at the break, going ahead through Corey Bell on 21 minutes, before Connor Gales equalised for Farringdon five minutes later with a shot from the edge of the box. Liam Laidler grabbed a brace before the break with a fine effort from outside the area, followed by a wind assisted effort from the right wing.
When Liam Wooton made it four on 64 minutes it looked game over, but the visitors took advantage of the conditions, with three goals in twelve minutes through Gales, Ryan Gray  and Josh Johnstone to make it fours apiece with just over ten minutes remaining.
Just as the match looked to be heading towards a penalty shoot out, Laidler got on the end of a left wing cross, to complete his hat-trick and fire his team into the Challenge Cup final. 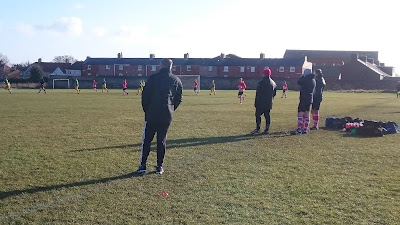