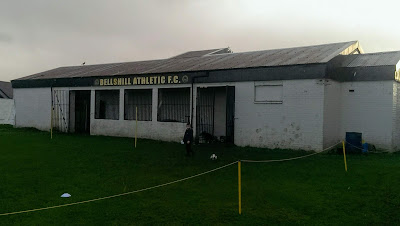 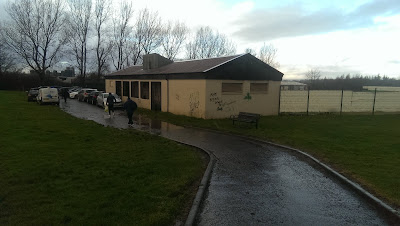 Bellshill is a town in North Lanarkshire, 10 miles south east of Glasgow city centre.  (population over 20,000)

Bellshill Hospital opened in 1870, becoming the first maternity facility in the Lanarkshire area in 1917, with new dedicated maternity buildings added in the late 1950s and early 60s. The hospital was the birthplace of many famous faces including politician Robin Cook, singer Sheena Easton and Sharleen Spiteri from the band Texas. There was also an array of famous footballers born there, with the likes of Matt Busby, Ally McCoist, Hughie Gallacher Brian McClair, Malky MacKay and Billy McNeil amongst  many would be soccer stars. The hospital closed down in 2001, before being demolished in 2003 to make way for new housing developments.

I’ve been aware of Bellshill since the late 1980s through its music scene known as the Bellshill Sound or the Bellshill Beat. Bands from the town include the Soup Dragons, BMX Bandits and of course Teenage Fanclub - The best fucking band in the world! 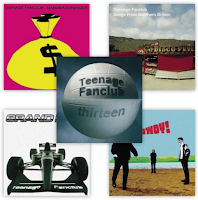 It was love at first sight when I saw Teenage Fanclub on the indie music show SNUBTV on BBC2, playing their debut single Everything Flows. From that moment I was a fan of the Fannies, and over the last 30 years I’ve purchased every single and album released. They’ll always be one of my all time favourite bands, with their albums Bandwagonesque and Thirteen amongst my “desert island discs” 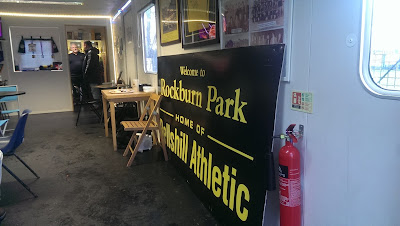 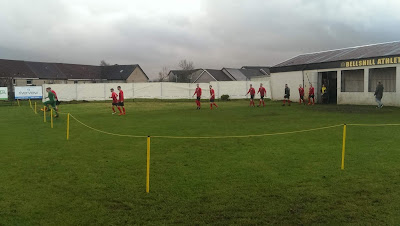 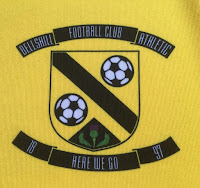 Bellshill Athletic formed as a Juvenile club in 1897 before switching to Junior level after two fairly successful seasons. Bellshill have played at Junior level since 1899, apart from a short spell in the Intermediate League between 1927 and 1931. The Hill made football history in October 1975, when the SJFA allowed them to use sponsored team jerseys, becoming the first club in Scotland to do so.  The club currently play at level 3 of the West Region SJFA in League One. 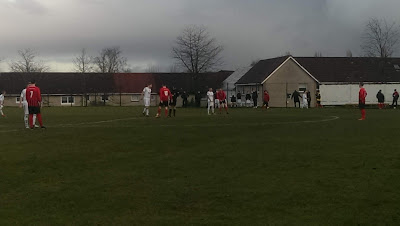 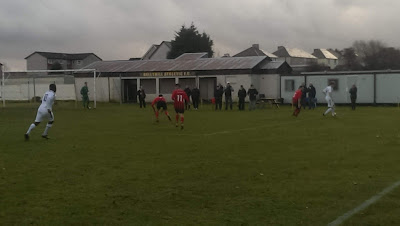 Carnoustie Place
Bellshill,
North Lanarkshire,
ML4 3EX
Capacity 500
Scottish Junior grounds visited 42
Total Scottish football grounds 101
Athletic played at a few grounds in their early years at Orbiston Park, Douglas Park and Brigade Park, before settling at Brandon Park, which opened in 1903. In their centenary year, they moved to New Brandon Park, in the Hattonrigg area of the town. However, due to legal matters with the owner, the club were forced into another nomadic period, sharing at Blantyre, then back in Bellshill at the Sir Matt Busby Sports Complex. After this agreement expired, the club shared with Vale of Clyde in Tollcross before returning to the town in 2015 at the vacant Rockburn Park. There were plans to move to a new community facility at Bellshill Academy, but this has now been shelved with the club guaranteed to play at Rockburn for at least the next five years.
The main building behind the goal houses the home team changing room with the snack bar at the side. There are portable cabins at the entrance for away team and match officials with a hospitality bar. The pitch is roped off with no cover or dugouts. 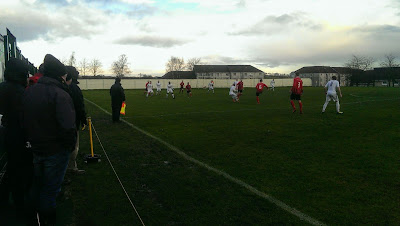 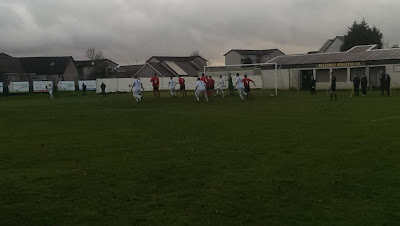 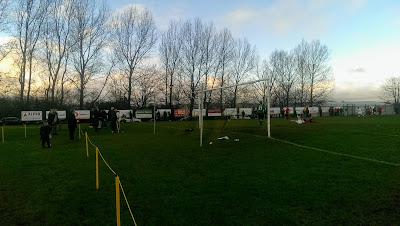 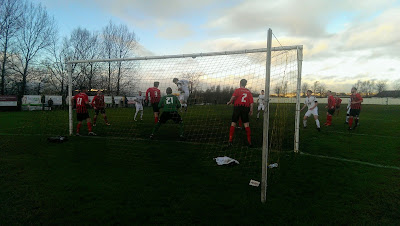 142 miles door-to-door via A69/A74(M)
Travelled with Katie & Lee in Blossom, picked up at 9.20.
We arrived in Bellshill at 1pm, later than planned due to heavy traffic on the M74 on the outskirts Glasgow.(late Christmas shoppers) We headed straight to the ground and received a warm welcome from everyone at the club.
The early kick off coupled with quieter traffic heading south meant I was back home at 100FgCHQ before 7pm, after an enjoyable day trip. 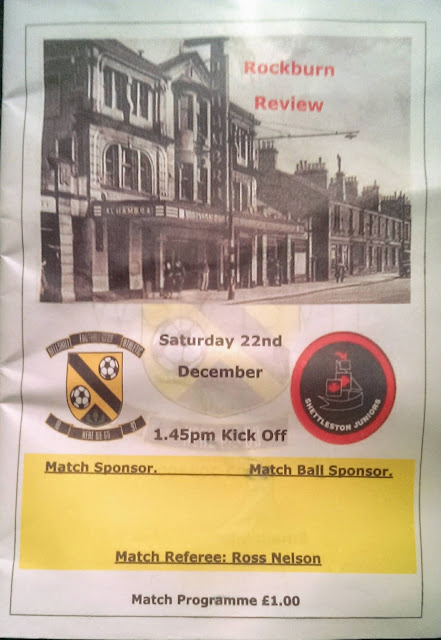 Fantastic report on Bellshill game Shaun, as a bit of a ground hopper myself I love your enthusiasm for the lower leagues. I haven't been to anything like as many as you and unfortunately haven't logged them the way you do, it's cracking keep up the good work.