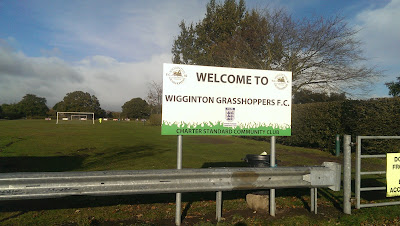 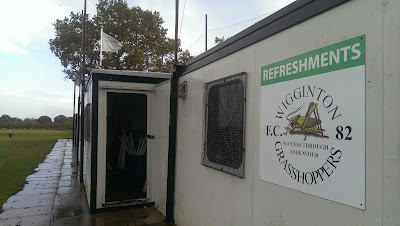 Wigginton is a village and civil parish 4 miles north of the City of York in North Yorkshire. (population about 3,600) The village name derives from Old English  - "Wicga", meaning "a beetle", plus the Old English suffix, "-tun", meaning a "settlement or enclosure. The village was named in the Domesday Book and noted as belonging to the cathedral church of St Peter in York. The name of the village has been recorded as Wichestun in the 11th century and Wygynton by the 1400’s. 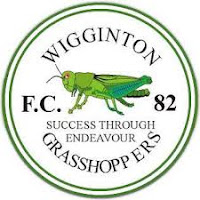 Wigginton Grasshoppers are a community and charter standard club, formed in 1982 by John Jeffery. Wiggy have teams of all age groups from the under 5's right up to the under 19's, as well as a growing number of girls teams. The senior team play in the York Minster Engineering League Premier Division and are the current champions with the second team playing in the Reserve A division. 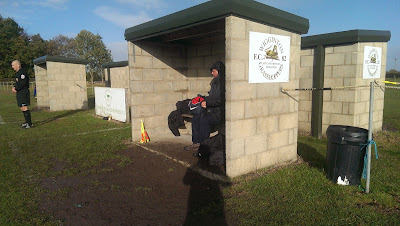 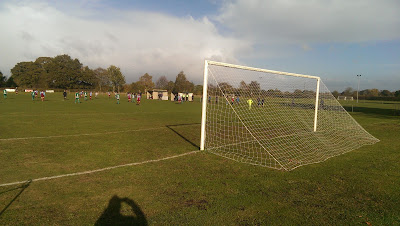 The club relocated to Mill Lane from Wigginton School in 1984. There are two pitches side by side at the far end of the complex, both with brick dugouts. The first team use the left sided pitch which is fully roped off. There is a set of cabins used as changing rooms and for storage.
Wigginton Grasshoppers have submitted a planning application for a new pavilion, which would include accessible changing rooms, a kitchen area and a community space. The project would cost £600,000 with finances generated by fundraising amongst their roster of over 300 players from juniors to seniors. 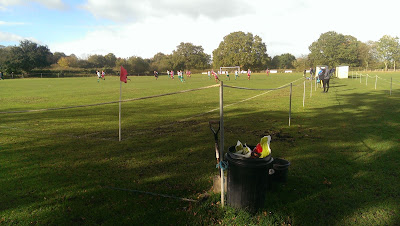 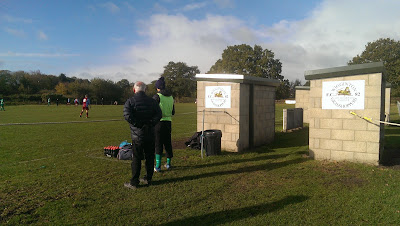 Dringhouses booked their spot in the third round of the York Senior Cup with a good second half performance. Wiggy took the lead midway through the first half with a header from the Michael Byram, but the visitors quickly responded through Cameron Sanderson who fired in a right wing cross. They took the lead on 51 minutes through Liam Robertson, then extended their advantage when Dave Watson finished well when sent through on goal with just the ‘keeper to beat. The match was wrapped up when Sam Drake produced a good finish on 77 minutes to make it 4-1 to Dringy. 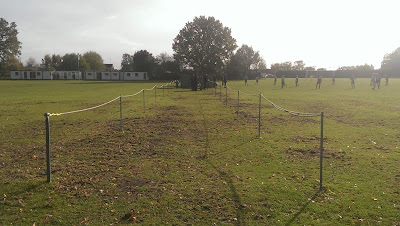 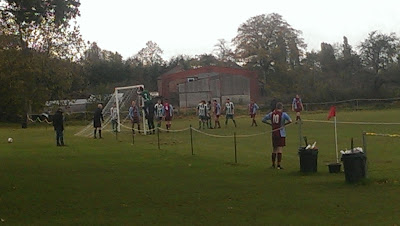 #HeedHopper
I was in York for my mate Zippy’s birthday beano, along with Plymouth Pete. We called into the Punch Bowl for breakfast, then the Windmill Inn, The Swan, The Slide Inn and The Phoenix before taking a taxi up to Wigginton, where I met up with Lee & Katie at the game. After the match we returned to the city centre to meet up with Honest Paul and Colin in the Eagle & Child to continue our York pub crawl, with the boozing continuing when we got back to Newcastle at 9.30.
on October 28, 2018
Email ThisBlogThis!Share to TwitterShare to FacebookShare to Pinterest
Labels: Dringhouses, Wigginton Grasshoppers