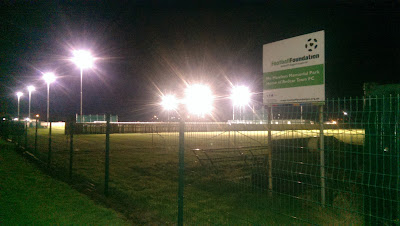 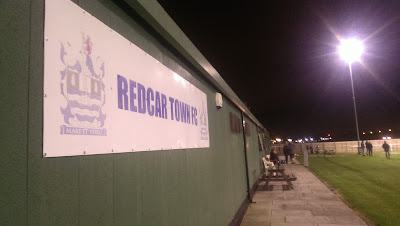 Redcar is a seaside town in North Yorkshire, just over seven miles east of Middlesbrough on the North Sea coast. (population over 36,000) Following  the opening of the Middlesbrough to Redcar Railway in 1846, it became a popular tourist destination, with regular holidaymakers from Scotland and the rest of Yorkshire.

Redcar Town formed in 2014. The club joined the second division of the Teesside League, winning promotion as champions and also lifting the MacMillan Bowl and Burness Plate in 2014-15. Redcar also enjoyed success in the JV Madden Trophy in 2015-16 and the following season the Lou Moore Trophy. The club became founder members of the North Riding League in its Premier Division last season. The club run an array of junior teams at all age levels as well as a senior Ladies side. 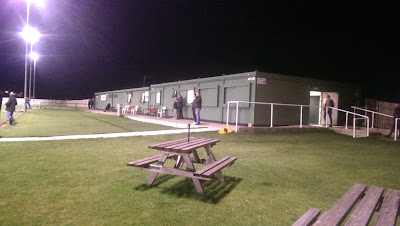 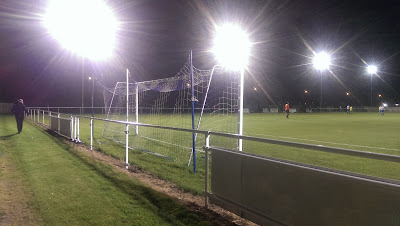 I nipped down to Teesside for this midweek fixture with Lee, Katie and Jadey-bot. When we arrived there were a few southern based Groundhoppers in attendance, who had travelled up from Ipswich and Cheltenham.

Mo Mowlam Memorial Park is named in honour of the late labour politician who served as MP for Redcar between 1987 and 2001. The ground is very impressive for Step 7 level, as the club look well set up to progress to the Northern League, with a full set of floodlights already up and working.

The entrance is at the back of the ground, around by the car park and not on the Trunk Road (as we learned the hard way) The clubhouse is quite spacious, with hot food and drinks available, plus a good selection of club souvenirs. The pitch is fully railed off with dugouts at the far side, with a selection of chairs and picnic tables in front of the clubhouse and changing room block.  There is plenty of room for progression with space on each side for a stand or two. 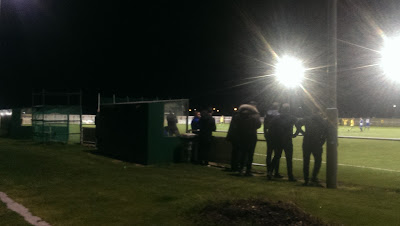 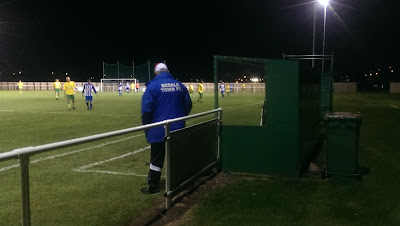 A hat-trick from Ryan Bennions set up a convincing league win against Bedale. He broke the deadlock just after the half hour mark, nipping in at the near post to steer in a right wing cross, before a good strike on half time to make it two-nil. The number nine grabbed his third on 65 minutes with a first time effort inside the box, then Andrew Porritt got on the scoresheet to make it 4-0 with just over ten minutes remaining. Bedale grabbed a late consolation when a Jack Stapley effort was spilled into the net by the home ‘keeper in the last minute. 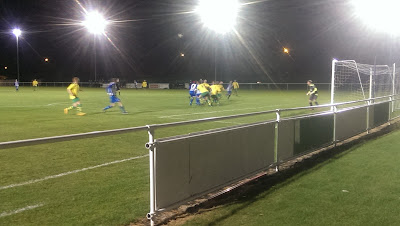 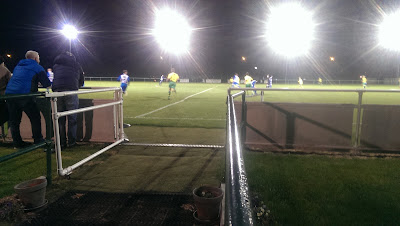