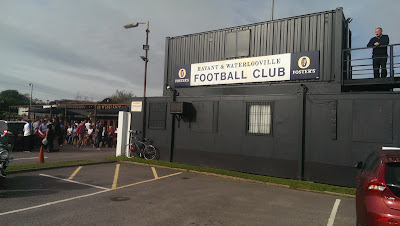 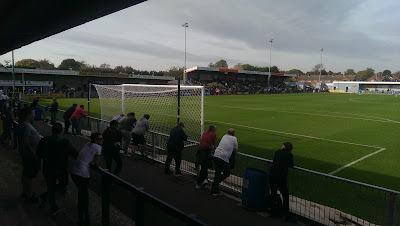 Havant is a town in the south east corner of Hampshire, situated in between Chichester and Portsmouth. The Borough of Havant covers the semi-urban area between Portsmouth and West Sussex, which includes Waterlooville, Bedhampton, Cowplain, Emsworth, Hayling Island, Purbrook and Widley.(population: 125,000)

The market town is distinguished by its fine Georgian buildings and narrow weaving footpaths called ‘Twittens’. Most of the town centre is a conservation area, which developed from a junction of ancient thoroughfares dating from Roman times.
The population doubled after World War II as agricultural land was replaced with housing following the bombing of Portsmouth and the Blitz. 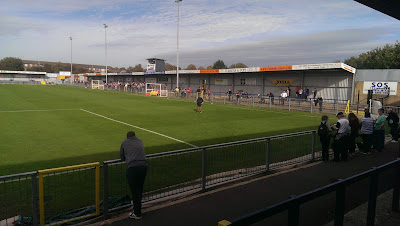 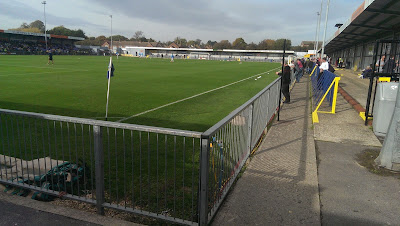 
The Hawks hit the headlines in 2007-08 with a fabulous run in the FA Cup. After battling through the qualifying rounds, they knocked out York City and Notts County, before beating League One Swansea City 4-2 in a 3rd round replay. This set up a fourth round clash with Liverpool at Anfield, where they twice gave the reds a fright by taking the lead, before eventually losing 5-2 in a gallant effort. 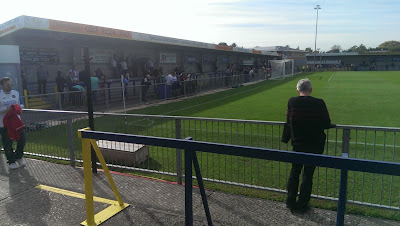 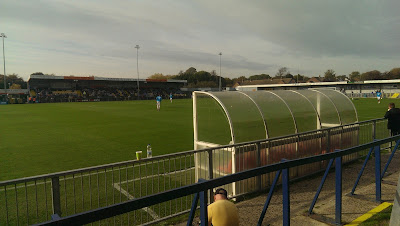 The Main Stand has a single tier of 560 blue seats with HWFC picked out in yellow. The team changing rooms are behind it with the players tunnel to the side and the dugouts across the pitch. The rest of the ground is covered terracing apart from in one open corner. There are refreshment kiosks in three corners with the club shop in the other at the away fans entrance. Overall it’s a very tidy and cosy looking ground. 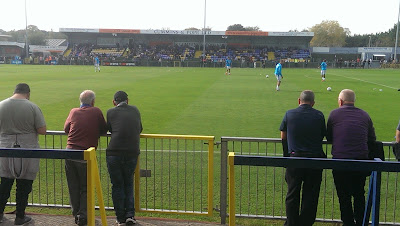 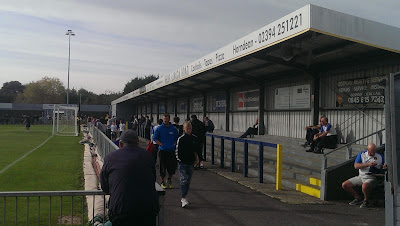 A tight encounter was settled in the 56th minute, when a Scott Barrow corner kick was met by Steve Rigg at the back stick, to head home from six yards.
The match was pretty even up until that point, with both defences holding firm as chances were limited. As the game progressed the Hawks pushed hard for an equaliser, but the Heed back line coped with the late threat to make it four wins on the bounce. 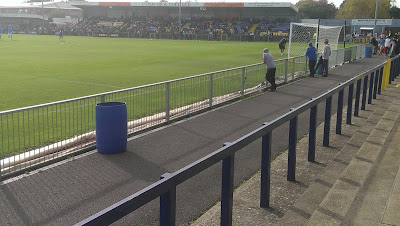 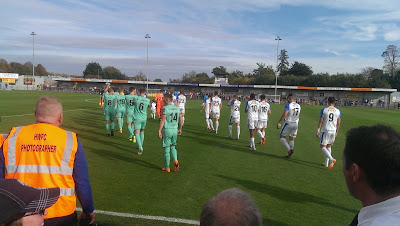 My two priority trips from the naughty north to the sexy south this season, were the Heed playing at Havant, and the Seahawks playing Raiders at Wembley(for that other game called football) The fixture gods worked in my favour as both matches took place over the same weekend, so it was just the one return trip needed with an overnight stay.

After ticking off another three London JDW’s on Saturday morning, I arrived in Hampshire at 1220 where I was met with glorious sunshine and a roasting 20 degrees. I took a leisurely stroll around town, stopping off for refreshments in The Parchment Makers, Robin Hood, Olde House At Home and the Wheelwright’s Arms before walking up to Westleigh Park.
After the game I took the train down to Fratton for a few drinks before booking into my overnight digs. I had a busy Saturday night on the lash in Southsea and Portsmouth which took my pub total for the day to a quite impressive nineteen.

I headed up to London on Sunday morning, where I met up with Mark Wilkins for more of the same, pub ticks and a match, when for the second day running I saw my team win the game.
A fantastic weekend when all my plans came together perfectly. I left London on the 2345 Megabus which got back into Newcastle at 07.15 on Monday. I was totally “cattle-trucked” this morning and it’ll probably be knackered all week, but its been well worth it for a mega weekend like this.

Photos from Wembley and the pubs I visited this weekend will appear on my sister blog - The Completist. 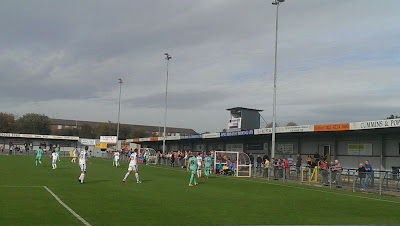 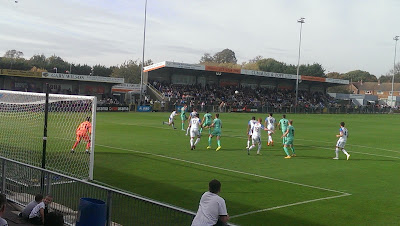 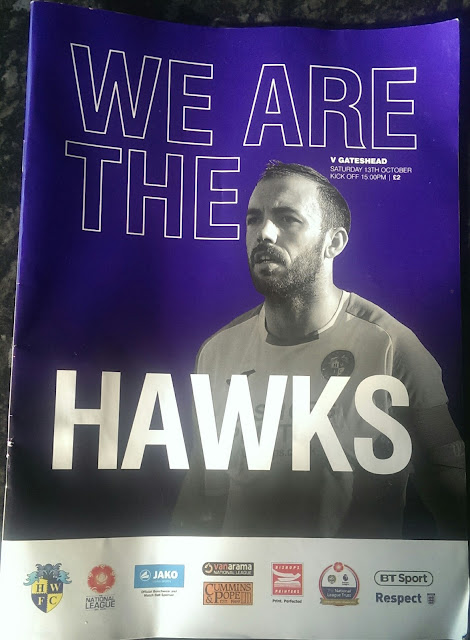