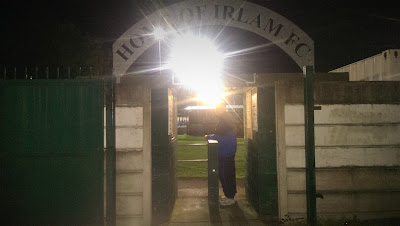 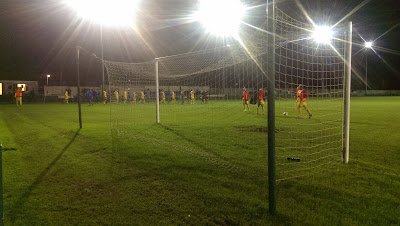 Irlam is a town in the City of Salford in Greater Manchester, which lies on the River Irwell (Population almost 20,000) It was known as Irwellham in the 13th century, originally a small village in a large peat bog in the remote area of Chat Moss.


The completion of the Liverpool and Manchester Railway during the 19th century, saw the Irwell river adjusted to unite with the Manchester Ship Canal, stimulating the growth of Irlam as an inland port. Irlam Urban District was established in 1894, the same year as the Manc Ship Canal opened and was governed by its own district council until its abolition in 1974. 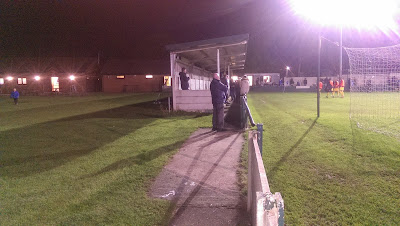 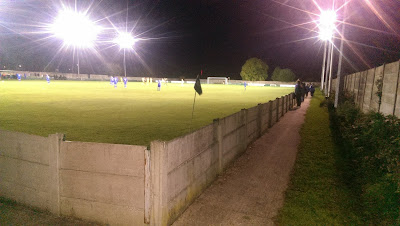 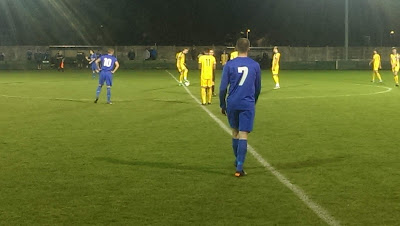 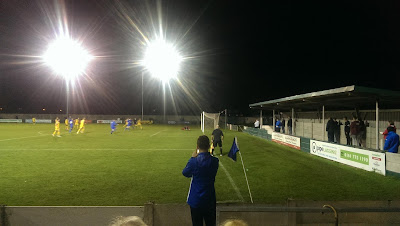 The club were originally based at the Oddfellows Arms in Patricroft, before moving to St Michaels Community Centre in Peel Green in 1973. After moving to Salteye Park, the land was earmarked for the new stadium for the Salford Reds Rugby League club in 2002. As a result the Shack moved to Silver Street, which had been the former home of Irlam Town, who had folded in 1995.


The ground entrance is behind the goal, where everything is based in one corner next to the clubhouse. There’s a covered terrace behind the goal, with the main stand running up towards the dugouts. The stand has four rows of flip seats with partial standing room at one end. The refreshment bar is in between, with a few picnic tables and chairs. The rest of the ground is open with hard standing. 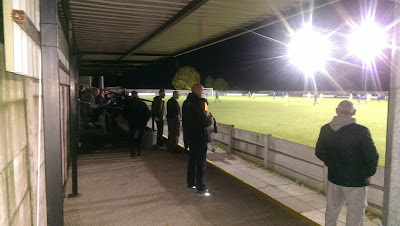 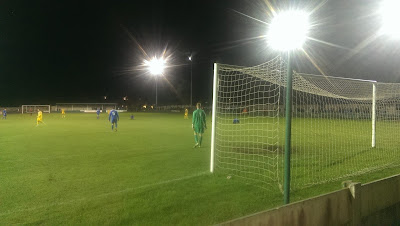 An injury time penalty booked Radcliffe’s place in the second round of the Manchester Premier Cup. Shelton Payne slotted home from the spot to give them an early lead, and they looked well in control until the match turned on its head at the beginning of the second half. Sam Bolton danced his way through the defence to fire in an equaliser in the 47th minute, then moments later Connor Martin knocked in a pen to make it 2-1 to Irlam.  A fierce left foot drive from Payne made it all square with fifteen minutes remaining, then just as we were heading towards a penalty shoot out, Payne grabbed his hat-trick, converting the third spot-kick of the night. 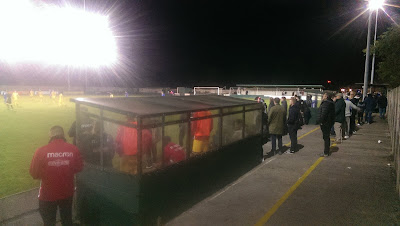 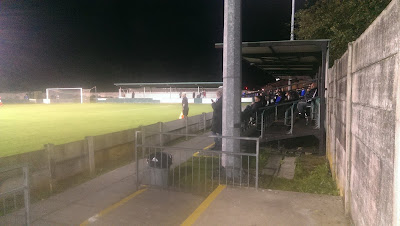 
I headed off to Irlam with Katie & Lee for a midweek fixture in February 2016, before a superb change of plan on route, saw us witness a Twelve-niller at Ollerton Town instead. This time we stuck to our guns, setting off from Katie’s at 2pm to finally reach the outskirts of Manchester over three hours later, following a diversion off the A1 and the busy rush hour traffic on the M60 ring road. We still had plenty of time to knock off a couple of ’Spoons, namely the Eccles Cross (where I also ticked off a GBG next door at the Lamb ) and The Castle In The Air at Trafford Park. We arrived at Silver Street at half seven, noticing how dark it was outside the ground entrance, so we couldn’t took an quality pictures of the ground.  Yet another diversion on the way home meant I was back at 100FgC HQ at 0045 hours after a pleasant evening in Greater Manchester. 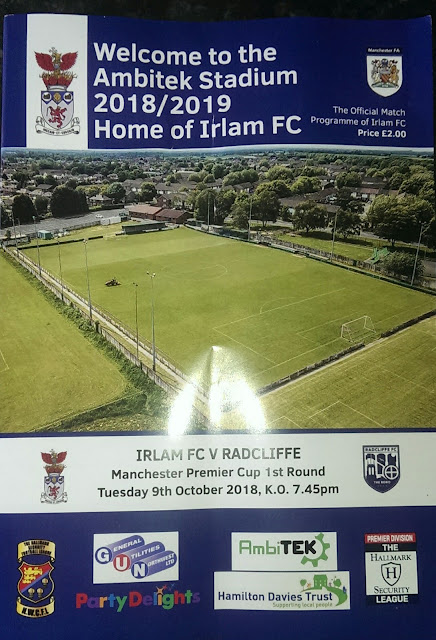