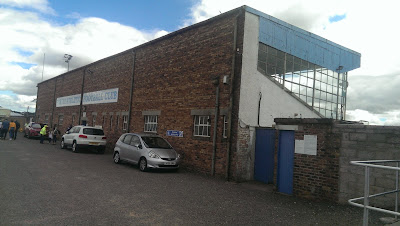 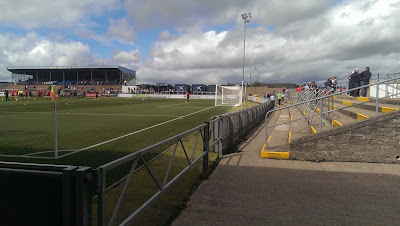 Forfar is the county town of Angus, which dates back to the temporary Roman occupation of the area, before becoming the ancient Kingdom of the Picts.  This traditional market town was a major manufacturing centre for linen and jute. Nowadays the town centres around agriculture and tourism, with attractions such as the Balmashanner Museum and the nearby Glamis Castle. (population over 14,000) 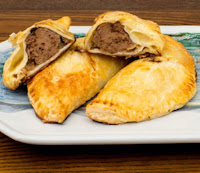 The Forfar Bridie, a popular Scottish meat pastry snack, traditionally identified with the town, which I felt obliged to try at the match. Bridies are said to have been 'invented' by a Forfar baker in the 1850s, the name refers to either the pie's frequent appearance on wedding menus, or to Margaret Bridie of Glamis, "who sold them at the Buttermarket in Forfar". Bridies are  traditionally made with shortcrust pastry and filled with minced steak, butter,  beef suet and seasoned with salt and pepper. 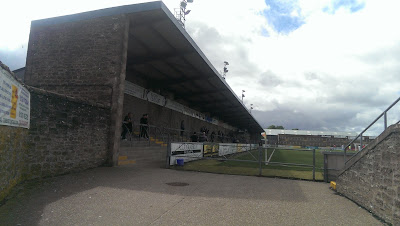 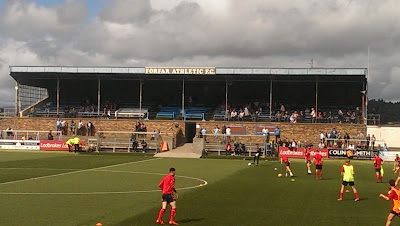 The club were founded in 1885 when Angus FC, the second team of the older Forfar club, broke away to form Forfar Athletic, playing  their first match on the 16th May 1885, when they defeated Dundee Our Boys 1–0. The Loons were admitted into the Scottish Football League in the 1921–22 season, when they joined the new Second Division. 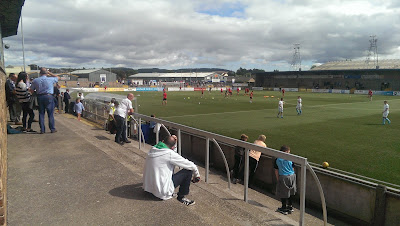 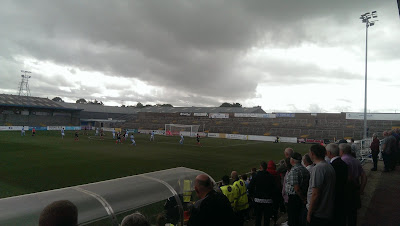 Carseview Road,
Forfar,
Angus
DD8 3BT
Capacity 4,602 (Seated 739)
Record attendance: 10,780 v Rangers (7th February 1970)
Scottish League grounds visited 37/42
Total Scottish grounds visited 99
The ground is named after its proximity to Forfar station, which closed in 1968 as part of the Beeching cuts, so the nearest rail station Is 14 miles away in Dundee.
The main stand is the classic design, having elevated seating with standing room and the team dugouts in front.The rest of the ground is made up of terracing. The South side terrace has pitch length cover with a set of four floodlights on top of the roof. The terraces behind each goal are open and differ in size, with a smaller section at the turnstile entrance end. The ground now has an all weather surface. 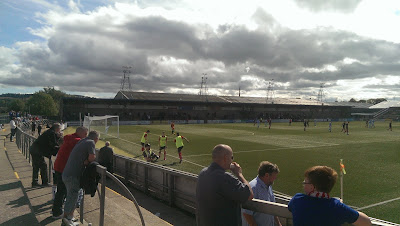 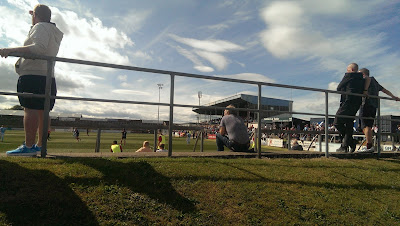 Scottish League One Matchday 1
3pm ko
Forfar looked all set to pick up an opening day victory when Dale Hilson fired the Loons ahead just before the break. They had chances to extend their advantage in the second half, but Airdrie hit back to win the match with three goals in the last ten minutes. Joao Pereira Vitoria set up Ryan Conroy for the equaliser, before a lovely lobbed effort from Leighton McIntosh put them ahead. Vitoria wrapped up the goal blitz in the 86th minute to give the visitors a victory, which for long periods of the game looked highly unlikely.
Matchday Stats & Spondoolicks
FAFC 1(Histon 41)
AFC 3(Conroy 80 McIntosh 83 Vitoria 86)
Att.652
Entertainment 7/10
Admission £14
Programme £2
Pin badge £3
Saddlers Forfar Bridie £2
Coffee 85p 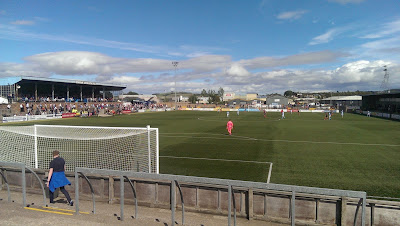 #HeedHopper
Logistics:0620 LNER train to Edinburgh connecting to Scotrail service, arrive in Dundee at 0938. Returning on 1822, due back in Newcastle at 2140.
2000 from Edinburgh to Newcastle delayed by 1 hour 39 minutes so actually back on Tyneside at ten minutes past midnight.
1159 Number 20 Stagecoach bus from Dundee to Forfar,  returning on the 21 bus at 1710. (30 minute journey)
A really enjoyable day... apart from the last bit. Spent the morning in Dundee for Spoons brekkie and a few pints before heading up to Forfar at noon. On arrival I called at the Osnaburg Bar, which is the most haunted pub in Forfar. I watched a bit of the Division 3 match that was live on Sky, before a bus load of Airdrie fans invaded this tranquil pub. I had plenty of time to call at The Stag, The Plough and the Caledonian before the game.
The buses to and from Forfar were spot on, unlike my last train home which was delayed due to a signal failure south of Dunbar, which but the kibosh on a smashing day. 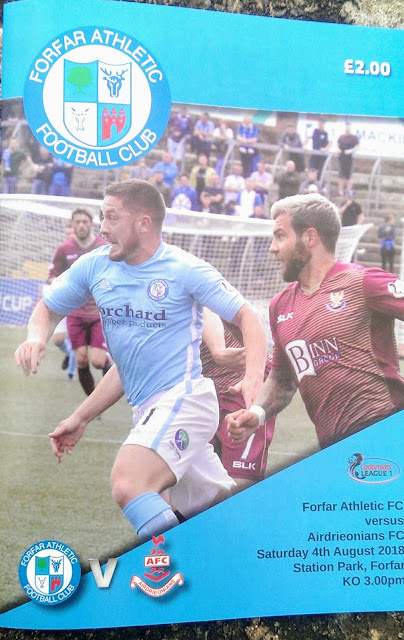