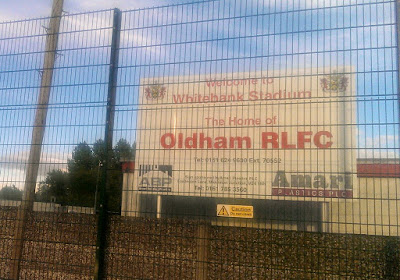 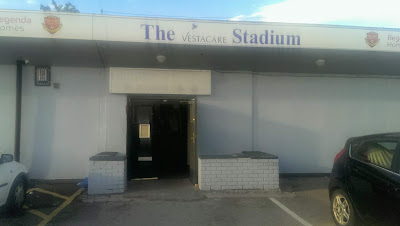 A.V. Roe established an aircraft factory at Chadderton,which became the home of the famous ‘Dambusters’ aircraft – the Avro Lancaster, as well as the renowned Cold War ‘V’ bomber - the Avro Vulcan.

Avro FC were formed in 1936 when the company purchased an additional site at Failsworth Lodge, setting up a works team. In 1950, the Lodge was opened up to all personnel of Avro and took on the Lancaster Club name, with the Grade II listed Lancaster Club becoming their headquarters for the next 67 years. 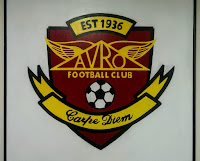 The club joined the Manchester League in 1954 and left last season after winning the league and cup double The move to the Whitebank Stadium has allowed the club to step up to level 6 football in the North West Counties Football League, making their debut this season in the NWCL Div 1 North.
Honours:
Manchester Football League
Premier Division Champions: 2009/10, 2017/18
First Division Champions: 1988/89, 2003/04
Manchester FA County Cup - won a record ten times the first of which in 1939/40 and the latest in 2017/18 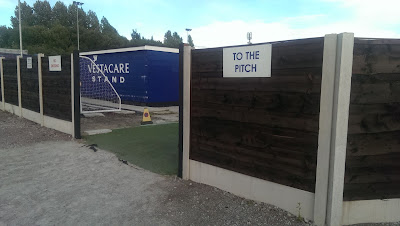 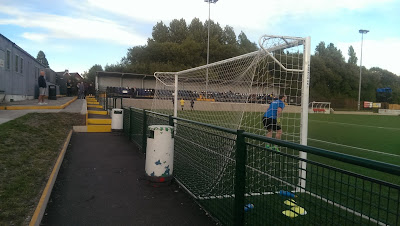 White Bank Road
Oldham
Greater Manchester
OL8 3JH
NWCL Grounds visited 15/60
The stadium is now known as the Vestacare Stadium and forms part of Limehurst Village in Oldham. The ground is also home to the town’s Rugby League club and previously hosted football between 1992-2012 when Oldham Boro (formerly Oldham Dew and Oldham Town) were tenants.
In September 2016 Avro announced plans for the use of Whitebank Stadium, enabling the club to apply for higher level football upon completion of ground improvements. The move from their Lancaster Club home to Whitebank was completed in April 2017.
All the ground amenities are towards the entrance end of the ground, The main stand runs from the corner flag towards the half way line, built up on a wall above pitch level with 250 seats made up of four rows. There is a small covered shelter in the opposite corner, with hard standing which runs towards the far goal. The clubhouse is in the car park, which also houses the changing rooms,where a fenced off walkway ushers the players onto the pitch. There is also some added terracing steps behind the goal and the team dugouts are on the same side as the stand. 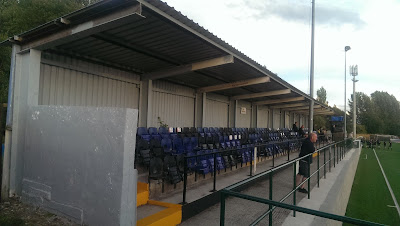 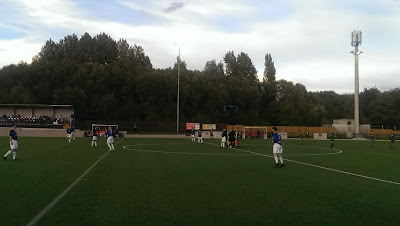 NWCL Division One North Matchday 2
8pm ko ( why so late?)
Avro got off to a cracking start in the NWCL, winning 5-0 at home to Ashton Town last weekend, while fellow league newcomers Steeton also had a good win away at Holker Old Boys. If I was betting on this match I would have backed on plenty of goals, but as it turned out the game was decided by a fluke goal.
Avro started off be the front foot but it was the visitors who took the lead when a wayward shot from Toby Jeffery, caught a defender’s nappa and found the roof of the net. The home team dominated throughout, creating plenty of decent chances which either failed to hit the target or found the safe hands of ‘keeper
Avro thought they had finally made the breakthrough when a shot hit the post and rolled along the line, but the referee and his assistant seemed sure it wasn't a goal, ignoring the pleas from the Avro players and home dugout. From that moment you knew it was Steeton’s night, who also had chances to seal victory late on and battled on gamely to bag the three points.
Matchday Stats & Spon
AFC 0
SFC 1(Jeffery 18)
Att.165
Admission £5
Programme £2 (double issue) 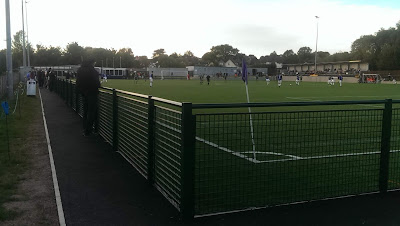 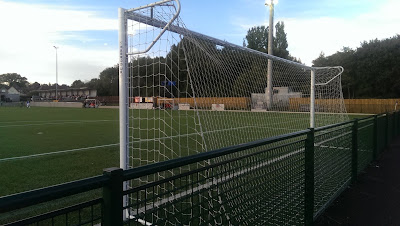 #HeedHopper
My last visit to Oldham back in 1983 on new years eve, but this wasn't for a night out on the lash. The last day of that year happened to fall on a Saturday, so I was paying my third visit to Boundary Park, where two goals from Kevin Keegan set up a 2-1 win for Newcastle over the Latics. The town has changed a lot in that time, but there's still a couple of decent pubs. Katie, Lee and I arrived in the town at 5.30pm, having a ‘Spoons tea in The Upper Steps and I also nipped into the GBG listed Ashton Arms for a pint. The football ground is just a short drive from the town centre, so we arrived in good time for a coffee before the game. Overall an enjoyable night out in this part of Greater Manchester, which I've been a stranger to for almost 35 years.
Posted by Shaun at Thursday, August 09, 2018