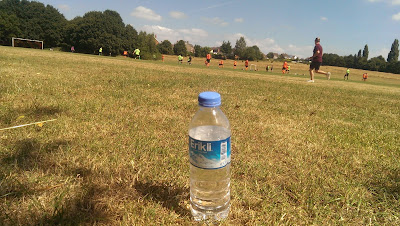 My 2018-19 football season got off to an unexpected start with a Saturday morning kick off in Stapleford in Nottingham.
I was in the city for our annual lads bevvy and races trip without any football planned, however England's progress in the World Cup meant all the pre-season fixtures were rescheduled to avoid the big clash at 3pm.
Archers Field was the venue as Beeston Rylands arranged a pre-season kickabout at the ground, with fellow Notts Senior League side Bilborough Town.
Both teams put on a good show in the boiling heat, with some good goals amongst the eight on show, the best strike coming from the Bilborough number 2 who chipped the 'keeper from the halfway line. Overall an enjoyable game and a good work out for both teams.

In the company of Darren Turnbull and Mark Wilkins
Attendance 18hc 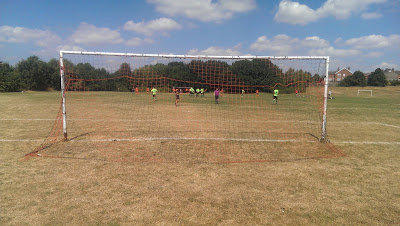 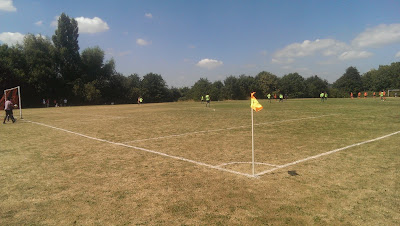 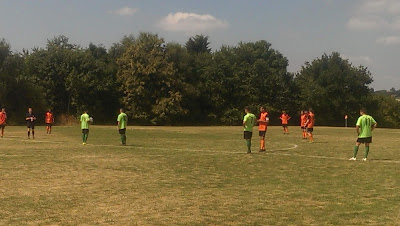