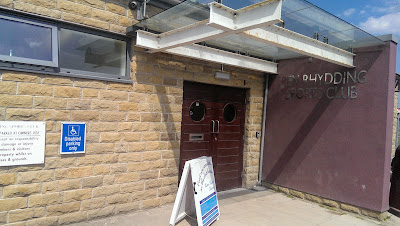 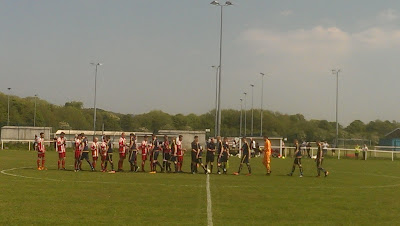 Ilkley is a spa town and civil parish in West Yorkshire, which also includes the adjacent village of Ben Rhydding within the City of Bradford Metropolitan District Council. The town lies approximately 12 miles north of Bradford and 17 north-west of Leeds, on the south bank of the River Wharfe in Wharfedale.

The town centre is portrayed by Victorian architecture and its spa town heritage makes it a popular tourist destination next to the dales. Ilkley Moor is the subject of a folk song, which is often described as “The unofficial anthem of Yorkshire” - "On Ilkla Moor Baht 'at" is written and sung in Yorkshire twang, its title translated as "On Ilkley Moor without a hat." 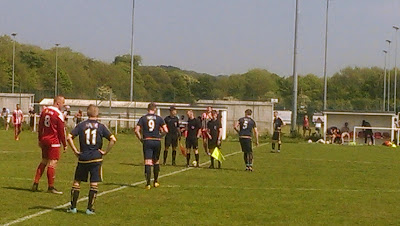 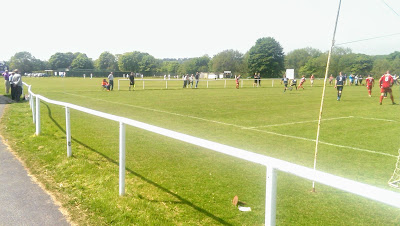 Ilkley Town have over 25 male and female teams at all age levels. The senior side joined West Yorkshire League from the Harrogate League in 2004;

The complex was a hive of activity with a cricket match in full swing and a ladies hockey match taking place. The football ground is sandwiched in between, being fully railed with a pair of dugouts down one side. The clubhouse was build in 2001 and has generous space for a large function room with a bar, large TV screen and a substantial selection of hot drinks and snacks. There is also six changing rooms in the building, but the football teams used the facilities on the far side of the hockey pitch. 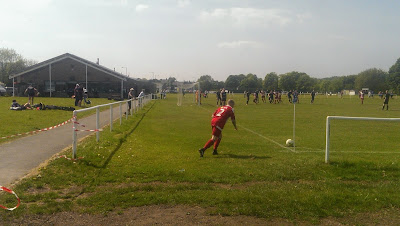 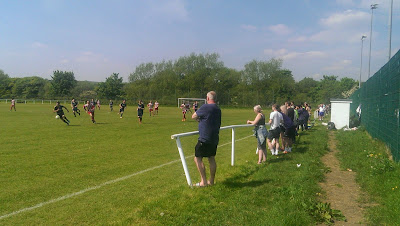 Carlton Athletic need to win just one of their remaining two away fixtures to clinch the Premier Division title. They fell behind to an early goal when an Archer cross picked out Jordan Boxhall-James in the third minute, but drew level when a left wing free kick picked out Liam Moore at the far post to nod home.
Just before the half hour mark the visitors were reduced to ten men after an unnecessary two footed lunge by Reece Fenel. The red card seemed to spur Carlton on as they scored two more before the break, with Scott Hargreaves lobbing the ‘keeper followed by Moore being on hand for a tap in, after the initial Hargreaves shot was saved.
Straight from the restart Ilkley were back in it, when a fine solo run from Tom Archer was finished off by a rasping left foot drive. The match was nicely poised with both teams creating plenty of chances, with Harry Higgins making some great saves in the Ilkley goal. With time running out the match was finally settled when a shot by Younis was helped on its way by the substitute Kris Robertshaw to make it 4-2 to the champions elect. 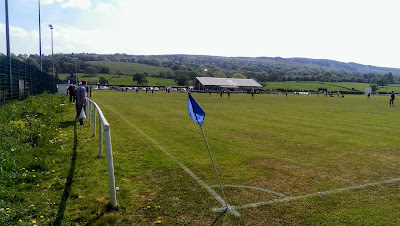 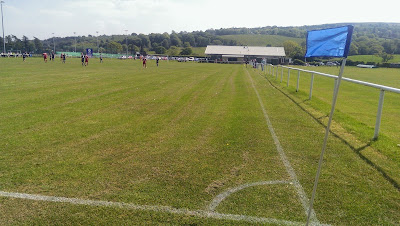 The mission to escape the royal wedding was a drive down to west Yorkshire after work, for my last match of the season. I picked up Lee & Katie on the way, arriving in Ilkley just before 2pm, which gave me a bit spare time to nip into the local JDW for another pub tick. We met up with ‘ull ‘oppers Dave and Phil at the ground and the five of us enjoyed a smashing game in glorious sunshine.
on May 20, 2018
Email ThisBlogThis!Share to TwitterShare to FacebookShare to Pinterest
Labels: Carlton Athletic, Ilkley Town