The Dundee Saturday Morning Amateur Football League was formed in the early 1990s as a friendly league. The league affiliated to the Scottish Amateur FA in season 2009-2010 with matches played at Riverside Park, the University Grounds and Drumgeith Park in Dundee. 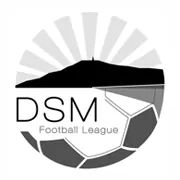 The league built up a reputation for good clean football, expanding in recent years to three divisions (Premier, First and Second) with a current total of 32 teams. The league clubs also take part in various cup competitions, including a group stage cup, the Adamson Cup and of the course they enter the prestigious Scottish Amateur Cup. 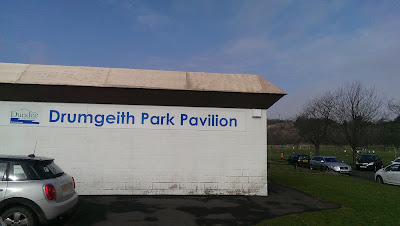 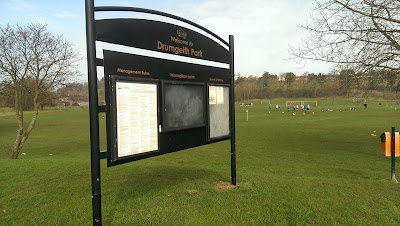 I arrived in Dundee at 9.40, nicely timed to catch the number 15 bus at 10 o’clock. Drumgeith Park is 3 miles east of Dundee city centre and has six pitches with all the matches kicking off at 10.30am. Amongst those games was four Premier League ties and I pick out the match between Dryburgh Athletic currently in 1oth position, against league leaders and current champions Hilltown Hotspur.


I definitely made the right choice, as I was treated to an entertaining game with an orgy of goals. Title chasers Hilltown Hotspur raced into a three goal lead, with James McCord grabbing a brace each side of a fine finish from Callum Crozier. Sean Feeney pulled a goal back for Dryburgh on the half hour mark, before Crozier again increased their advantage at the start of the second period. A Sean Murray strike and a diving header from Barry Goodall made it a round half dozen with 57 minutes gone, and it seemed a case of how many they would eventually declare on. 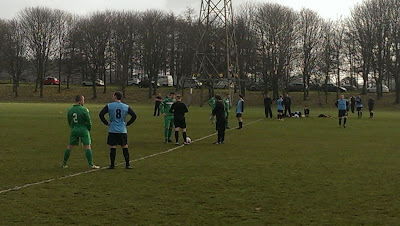 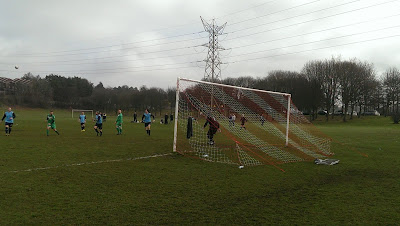 Dryburgh reduced the arrears with a Matthew Leech penalty, quickly followed by a tap in by Russell Headridge to make it 3-6. The third penalty of the game was awarded to Athletic, but this time the ‘keeper saved from Leech, which was his last save of the match as two minutes later he was shown a straight red for handling outside the box.
Dryburgh took full advantage of the extra man with Headridge completing his hat-trick with goals in the 87th and 90th minutes to make it 5-6, but they ran out of time to grab at least a point after an exciting finale.


After the match I had a bit spare time in Dundee to call to the bookies and have a swift pint in the Bank Bar, before catching the 1300 train further north for my second game of the day atMontrose. 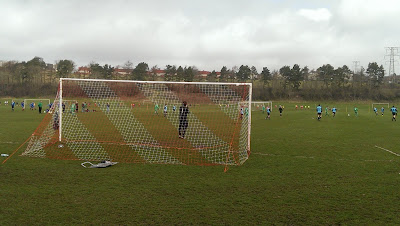 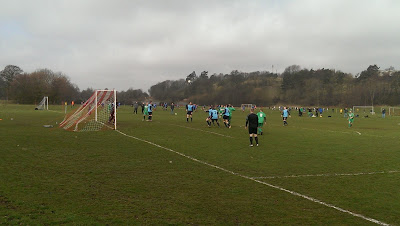