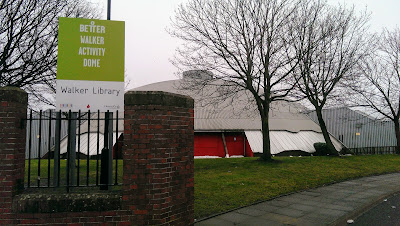 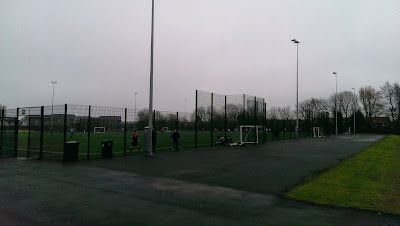 Due to problems with the pitch at Hazlerigg Welfare, as well as waiting for the council to replace the boiler which was stolen in December, the club are forced to play their scheduled home fixtures at different venues. Hezzy begin at the Walker Dome ground, followed by two midweek fixtures at Druid Park in Woolsington during March.


I visited Hazlerigg Welfare at the beginning of the season, so you can read about the club and their thrilling win over Killingworth YPC here


The Walker Dome offers a wide range of facilities and sporting activities from trampolining, gymnastics, squash, boxing, plus a variety of team sports.
The centre boasts ten 5-a-side pitches, three 7-a-side pitches and one 11-a-side pitch, which Hazlerigg Welfare used as their “home” pitch for their First Division game with Monkseaton. The pitch is a standard 3G cage found at the far end of the complex. 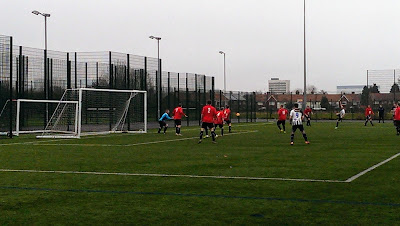 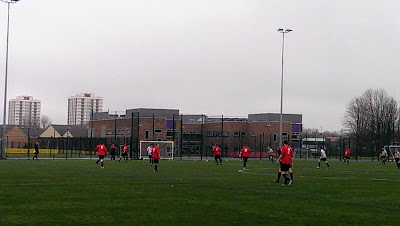 Monkseaton will be glad to see the back of Hazlerigg, who made it 20 goals in two games following on from a 12-1 defeat five weeks ago.
The hosts took an early lead through a Rees Farndell header, before Richard Coulson latched on to a through ball to double their lead. The match result was never in doubt once Marty Soulsby played a neat 0ne-two with Ramsay before firing home with twenty minutes gone.
Hazlerigg seemed to relish playing on the 3G surface, making it 4-0 with a great team goal finished off by Farndell, sliding in at the far post, then just before the break Coulson added his second to make it five.
Soulsby grabbed his second to continue the rout on 52 minutes, with Mitch Ramsay getting in on the scoring act, firing home from the edge of the box. With time running out the home side eventually scored goal number eight, with Soulsby stroking the ball home to finally grab his hat-trick, after he missed several good chances which could have saw Hazlerigg hit double figures for the third time this season. 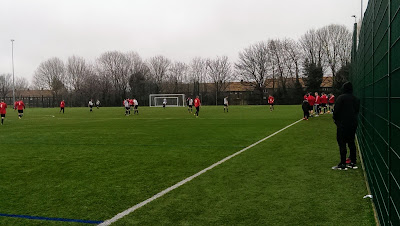 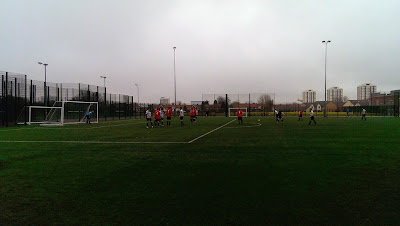 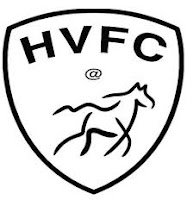