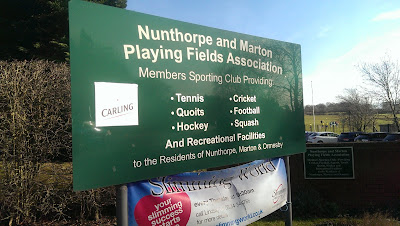 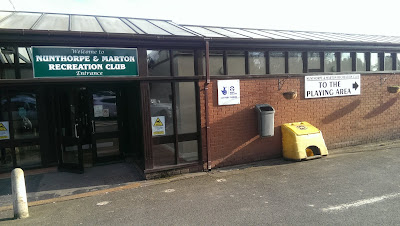 Nunthorpe is a suburb of  Middlesbrough, historically part of the North Riding of Yorkshire. (population nearly 5,000) Its origins can be traced back to before the Domesday Book of 1086. The village was named “Thorpe”, or “Torp” described as a thriving settlement, consisting of an estimated 1,080 acres of land. Towards the end of the 12th century a group of Cistercians nuns, allegedly evicted from nearby Hutton Lowcross for rowdy behaviour (naughty nuns!!!), were relocated to Thorpe, given land which belonged to Whitby Abbey, where they built a priory and a mill. The nuns only stayed at Thorpe a few years, but their short stay resulted in Thorpe being renamed Nunthorpe. 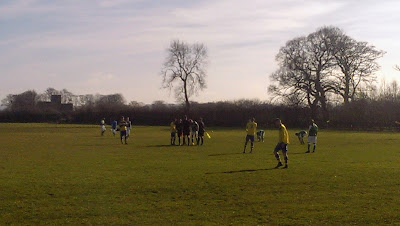 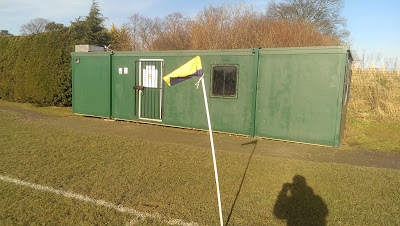 As well as the senior team in the North Riding Premier Division, the club has junior teams at all age levels and a girls team playing at the Rec. The County FA awarded Nunthorpe Athletic Junior FC the prestigious FA Charter Standard Community award for grassroots football in 2011. 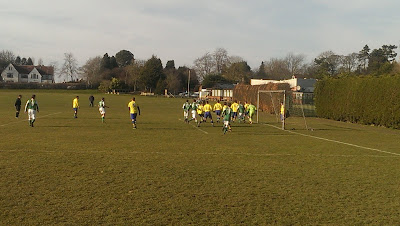 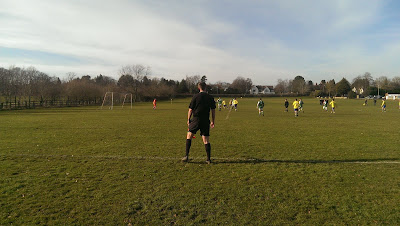 
A leisurely 42 mile drive down the A19 and A174, arriving as the players were just emerging from the changing rooms for kick off.
Nunthorpe Athletic utilise 5 pitches at their ground on Guisborough Road, with the senior team using the central pitch adjacent to the tennis courts. The car park, social club and pavilion are at the entrance with the pitches at the side in view of the Cleveland Hills. 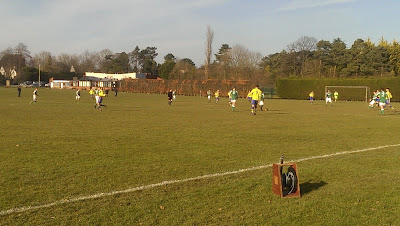 North Riding Premier Division Matchday 14-16
2pm ko
Weather:sunny
Att.13hc
Nunthorpe stay anchored at the foot of the Premier Division table after a home defeat to Guisborough United. The visitors took the lead on 13 minutes when Lewis Minter poked home from a right wing corner, before doubling their advantage through Paul Roddam twelve minutes later. Nunthorpe got themselves back in the game from the restart with a fine chip over the ‘keeper from Scott Wood, but the comeback was denied when Liam Fox made it 3-1 on 52 minutes.
The hosts were awarded a penalty with fifteen minutes remaining after a clear handball in the box, but Tom Atkinson was denied by Sowerby in the United goal who pushed the ball onto the crossbar before it was scrambled away to safety.
With just over ten minutes remaining Guisborough wrapped up the points with the goal of the game, as Morgan Corner curled a fine effort from 20 yards into the far corner of the net to make it 4-1. 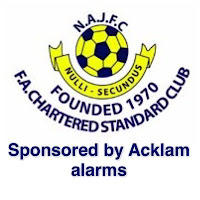