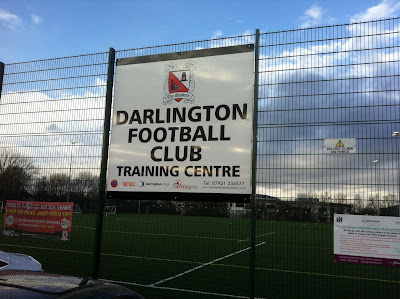 Horden Colliery Welfare were giving a lifeline in the summer from Darlington 1883 FC. The club which formed back in 1908 were forced out of Welfare Park by Horden Parish Council, playing last season’s remaining home fixtures at Grayfields in Hartlepool.  The 30 mile relocation allows the club to continue as well as developing young talent at Darlington, which provides a stepping stone to the first team. 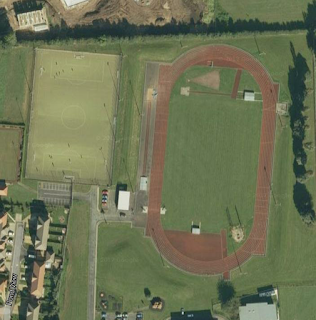 I featured the Eastbourne Sports Complex in Wearside League Wanderings - part five, when I saw Darlington Cleveland Bridge play on the main pitch in August 2010. (This was the day when I met one half of the #NECelebrityGroundhoppingCouple for the first time)
In October 2016 a new state-of-the-art £512,580 4G grass pitch was opened, financed by a grant from the Premier League & The FA Facilities Fund. The pitch has floodlights with spectator standing down on side and runs parallel with the main ground. 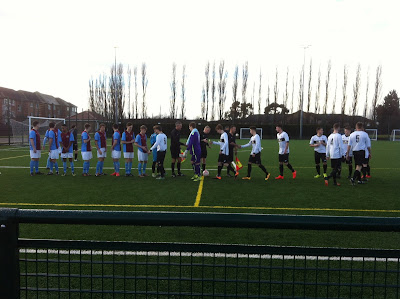 Darlo Ressies were up against South Shields, another new reserve side in the Wearside League this season. The hosts took a two goal lead when Joseph Smith poked in a left wing cross after a quarter of an hour, followed by Derek Cooper-Wade touching in a free kick five minutes later. A cracking right foot volley by Ryan Bolam halved the arrears on 26 minutes, then when the home side were reduced to ten men it was looking good for Shields to pick up at least a point.
Kurt Matthews restored the two goal cushion just 26 seconds after the restart, before Nathan Stevenson was on hand to fire in a fourth just after the hour mark. The match turned out to be a convincing win for the ten men and a miserable afternoon for the visitors, which was summed up on 64 minutes when a penalty kick was easily saved by the Darlo ‘keeper. 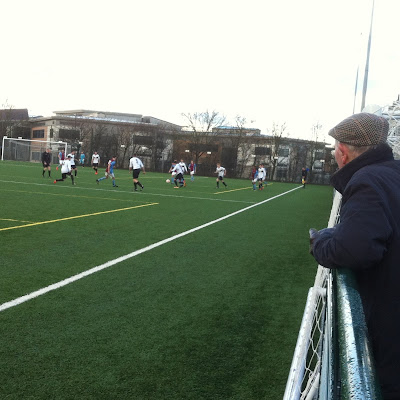 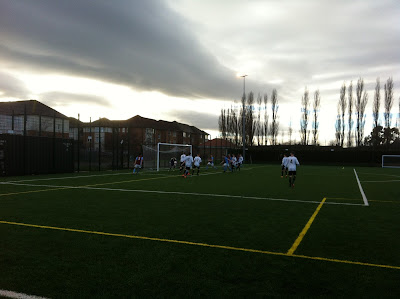