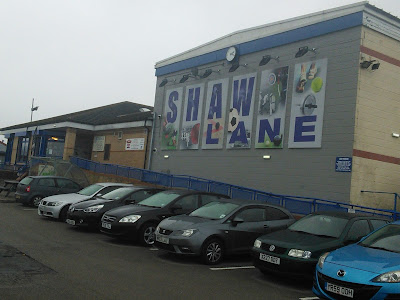 Barnsley based Shaw Lane were first established in 1991 as a U-11 team at the Shaw Lane Community Sports Complex. The club expanded to senior level in 2007, merging with Worsbrough Common F.C.  to form Aquaforce Barnsley F.C. In 2011 they merged with Barugh F.C becoming Shaw Lane Aquaforce.

In 2016 the club changed its name to fall in line with FA advertising regulations which prohibits the use of sponsored names from level 4 of the Non-League pyramid. The club were going to rebrand themselves as Barnsley Town from the start of this season before deciding to change to Shaw Lane AFC.

The Ducks currently sit top of the Evo-Stick Division One South, looking to achieve a fourth promotion in five seasons. 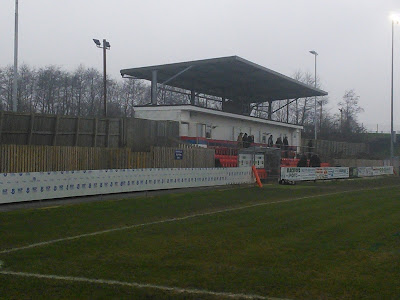 The football ground sits in between the cricket pitch at the entrance and the rugby ground at the top of the complex.
The clubhouse and changing room building is on the turnstile entrance side. The Main Stand is opposite with four rows of red seats with a section of terrace steps at the side. The ground is three sides with a new stand behind the goal filled with four rows of blue and white flip seats. The stand is named in honour of Dan Wilkinson who tragically collapsed and died on the pitch in September 2016. 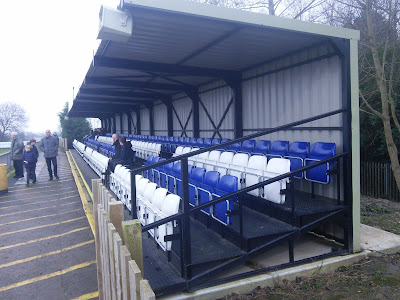 A late goal from Jon Wafula maintained The Ducks six point lead at the top of the league. Both sides carved out and squandered several good chances, until the decisive moment five minutes from time, when a good right wing cross from Harris was fired in at the near post by Wafula. 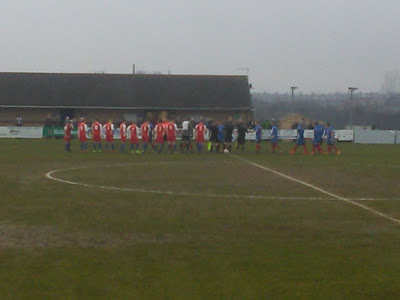 #HeedHopper
The breadknife and I have spent our spare weekends touring the ale houses of Yorkshire. Following on from nights away in Wakefield, Leeds and Huddersfield, Barnsley became our latest destination. It was after booking our hotel that I realised Barnsley were at home to Yorkshire rivals Leeds United, so I expected a lively evening. The 3-2 win for the Reds meant it was quite boisterous, but this didn't spoil our night out socialising with the locals. The definite highlight was meeting a woman who has drank 27,000 ales over the last 30 years and she proudly showed me her ledger, which lists every ale she has supped.

Bevvy Almanac
Started at the Dodworth Valley followed by The Commercial Inn, The Joseph Bramah, The Old no.7, Arcade Alehouse and The Silkstone Inn.
Best jar - Cottage 'Duchess’ (4.2%)***** in Arcade Alehouse. 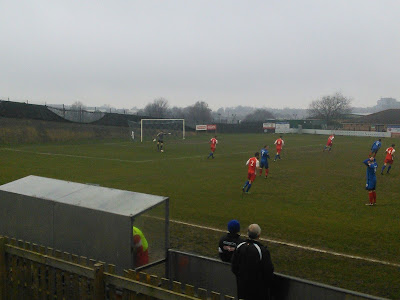