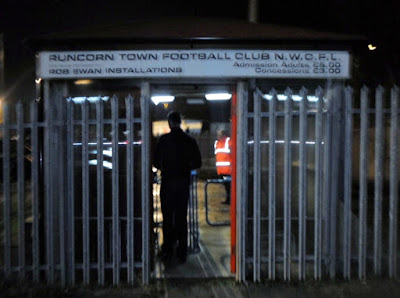 Runcorn is an industrial town and cargo port in the Metropolitan Borough of Halton in Cheshire. (Population 70,000) In early Anglo-Saxon references it is spelled "Rumcofan", meaning "a wide cove or bay". This word is derived from the Old English words "rúm" ("wide" or "broad") and "cofa" ("cave" or "cove")

The home of the Silver Jubilee Bridge which crosses the Runcorn Gap, the lowest bridge crossing of the River Mersey and BBC “ comedy” show Two Pints of Lager and a Packet of Crisps.
The birthplace of loads of ex-professional Rugby League players, some bit part footballers, the ginger lass from girl band Girls Aloud, plus Popstars winner and Corrie actress Kym Marsh. 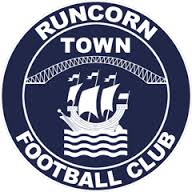 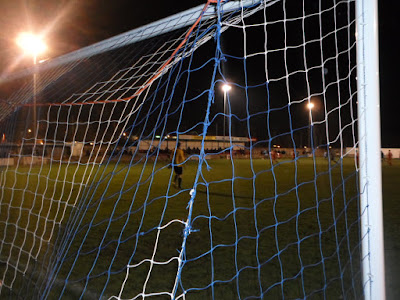 
Sections of covered standing each side of the dugouts, the largest of which is next to the clubhouse. Seated stand on the opposite side made up of three rows of red flip seats, with another covered standing area in the corner next to the tea hut. Open hard standing behind one of the goals with the far goal section out of bounds. 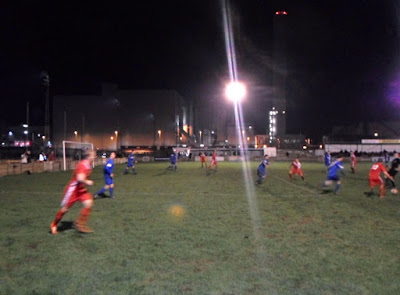 Weather:Dry with a light rain shower near full time.
Att.178

After a scrappy first half the match was settled just after the hour mark, when Richardson squared the ball from the left to the incoming Holmes to fire in from six yards.
0-1 Dean Holmes (62’)
Top Bloke: Ben Richardson(North Shields)
Entertainment 6/10 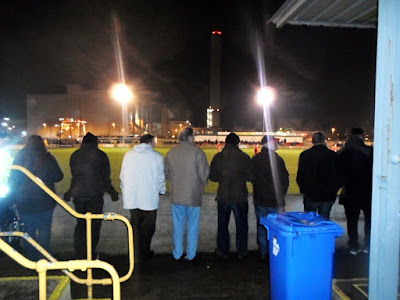 The Gadabout
172 miles door-to-door
Travelled with Katie & Lee, so the usual bus down to Houghton-le-Spring to get picked up at 3pm. Travelled south via the A1/M62/M60 route, then on to the M56 into Runcorn. A crash on the A1 at Leeming Bar meant a detour through Bedale, so we lost a total of an hour travelling time because of heavy delays. We finally arrived in Runcorn at 7.15pm for the swiftest of swift pints at The Ferry Boat.
Got to the ground five minutes before kick off and at the game conversed with 100FgC #196 Graeme Holmes, plus Affiliated Members Tony Morehead, Anders Johansen and Peter Ford.
Afterwards the return trip was a bit of a nightmare -  it took us ages to get out of Runcorn as we searched for a petrol station, then the M62 was closed so another detour this time around Bradford to get onto the A1. This extension of our journey home meant I was finally back home at 1.45am. 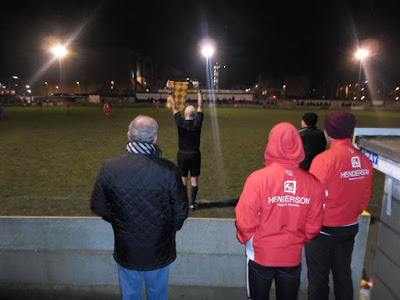