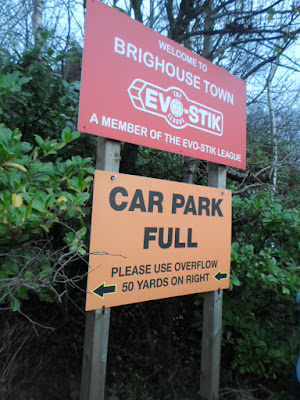 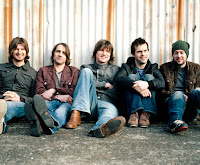 Brighouse is a town within the Metropolitan Borough of Calderdale in West Yorkshire. The name originates from a building close to the bridge over the River Calder. (Population over 32,000)
Birthplace of indie band Embrace who were formed by the McNamara brothers in a small outbuilding at the bottom of a garden in the village of Bailiff Bridge in 1990.

Brighouse Town originally formed in 1963 out of the Blakeborough Valve Company.
The club are simply nicknamed “town” and the team kit is orange shirts and socks with black shorts. 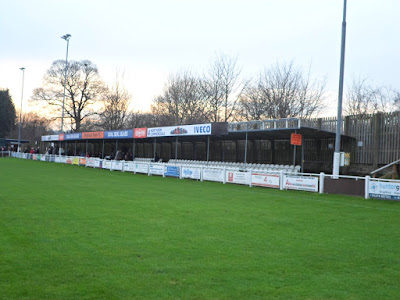 English Non League Grounds visited 244
Current Northern Premier League(Evo-Stick) grounds 25/68
Main amenities behind the goal next to the turnstile entrance, with the players changing rooms set further back in a separate building. The main stand is three-quarters pitch length split between terracing and two rows of white flip seats. Opposite are the team dugouts with the rest of the ground made up of open hard standing, with additional new terracing in the top corner beside the stand. 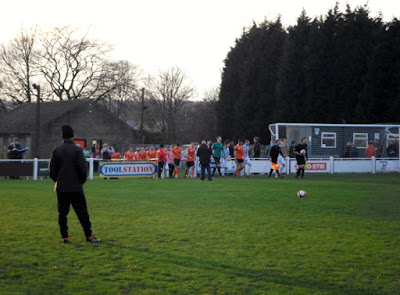 The Gadabout
111 miles door to door
I picked up 100FgC Squad#138 Lee Stewart at noon, then drove down the A1/M1/M62 then into Brighouse via the A644. Arrived in the town at ten minutes to two and called for a liquid pit stop(and a new ‘Spoons tick) at The Richard Oastler. At the game saw my stalker Paul Brockettt plus 100FgC Squad#183 and Scarborough Athletic supporter Neil Daniel. 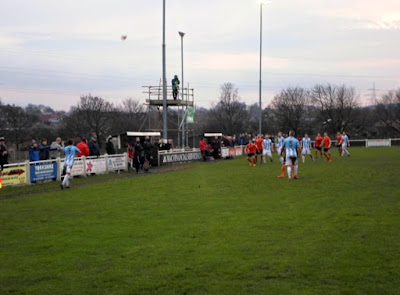 1-0 Peter Davison OG (48’)
A Tom Haigh cross from the right found the outstretched leg of the defender who turned the ball past his own ‘keeper. The linesman flagged for offside but after consulting with the referee the goal stood.

(68’) A left wing corner kick was dropped by Hagreen, which struck his leg and rolled into the net, however the ref disallowed the goal for an infringement on the ‘keeper.
(69’) Matthew Bloor giving a straight red card for dissent regarding the disallowed goal.

1-1 Jamie Forrester (71’)
Ambitious effort from a good 30 yards from the substitute sailed into the back of the net.
2-1 Adam Wilson (85’)
A shot from outside the box was intercepted by the sub who quickly turned and fired home from 12 yards. 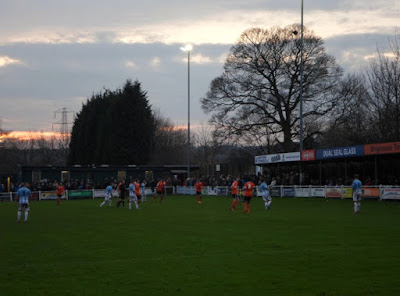