The second overall winner of the Facebook Pic of the Week Cup is 100FgC Squad#155 James Little for his photograph of SC Mittersill, beating Katie Wallace’s picture of the main stand at Whitby Town in the final. 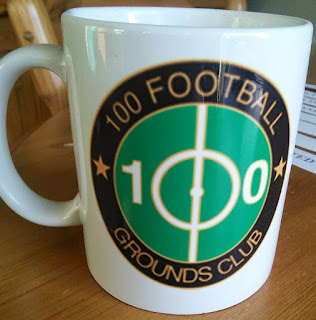 Winners in each round were;

James would normal wins an exclusive 100FgC cup, but I know he’s already got one(because I’ve used it!) so he’ll be winning an exclusive new 100FgC product which will be available in the new year.

on December 30, 2015
Email ThisBlogThis!Share to TwitterShare to FacebookShare to Pinterest
Labels: Pic of the Week Cup 2015