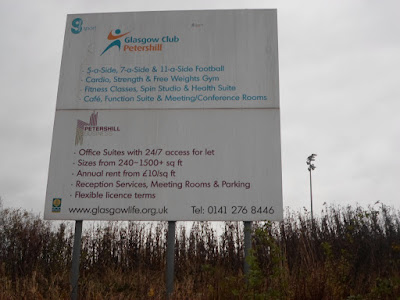 The club currently ground share at the home of Petershill FC which was opened in 2007.
The main stand has a mix of red flip seats and benches, with standing room at the back. On the opposite side  there’s a few terraced steps behind the team dugouts. The pitch has a 3G surface with 6 sets of  floodlights.
Capacity 2,000 (562 seats)
The ground is also used by Glasgow City Ladies and Rangers Ladies. 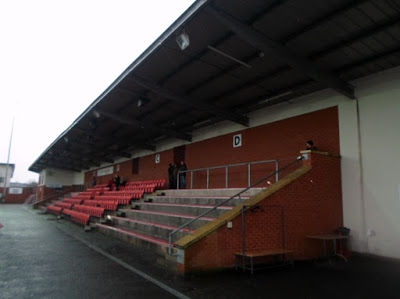 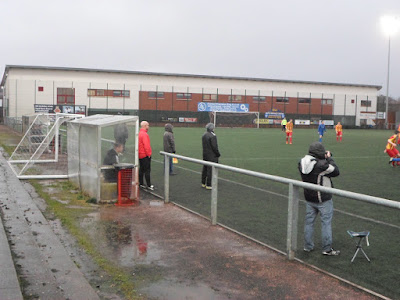 The Gadabout
Travelled up in the jamjar with the breadknife to Glasgow on Friday evening for a weekend on the lash. Meant to go to either Blantyre Vics or Arthurlie for the next chapter of my book, however torrential rain meant a backup of the all-weather pitch at Petershill Park.
156 miles door to door. 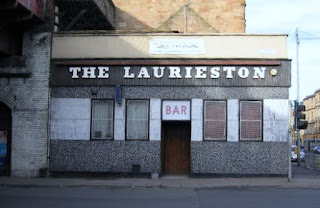 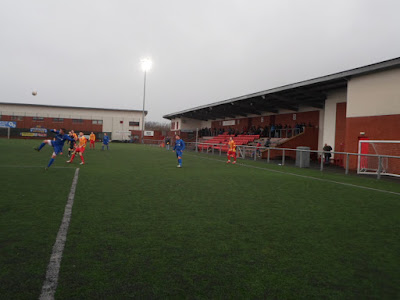 1-0 Irving (17’)
Ball slipped into the inside right position, he let the ball bounce before hitting a volley into the far corner.
1-1 Mark Flyn (31’)
Ran onto a through ball and hit a first time effort from just inside the box.
2-1 Hepburn (45+1’)
Shot by Irving on the edge of the box was deflected past the ‘keeper from close range.
3-1 Irving (65’)
Deep cross from the left flank found Irving lurking at the far post to fire in.
Penalty (90+1’)
After the #17 was tripped in the box Irving had the chance to complete his hat-trick but his spot-kick came back off the post. 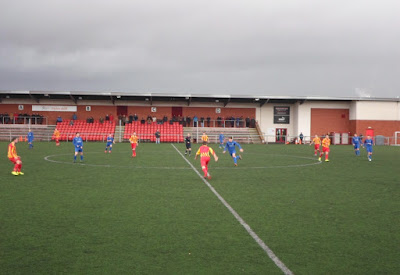