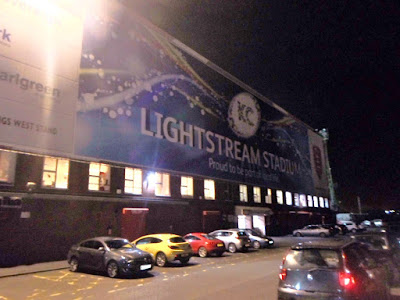 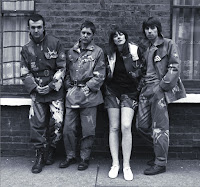 Kingston Upon Hull is a city and unitary authority in the East Riding of Yorkshire (Population approximately 258,000)
The 2017 UK City of Culture is the home of the Humber Bridge, which was once the longest single-span suspension bridge in the world when it opened in 1981. (7,280 ft)
Home to Rugby League clubs Hull FC, Hull Kingston Rovers and of course “The Tigers” - Hull City F.C.
Birthplace of footballers Nick Barmby, Dean Windass, Bowie sidekick Mick Ronson, 80’s popsters The Housemartins and industrial band Throbbing Gristle.(right) 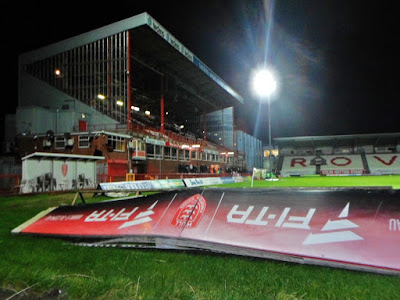 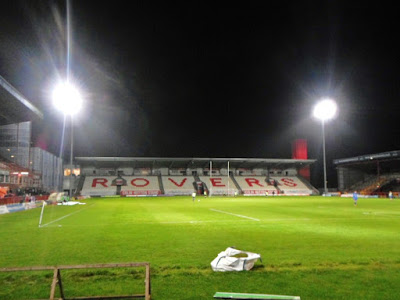 Hull Kingston Rovers RFC moved from the old Craven Park on Holderness Road in 1989.The ground was refurbished in 2006 as Hull KR seeked promotion to the Super League. The Main Stand has a capacity of 5,000 with 4,500 seats on the top tier and a large pitch length covered terrace opposite. Behind the north goal is the 2,600 capacity Colin Hutton Stand which was opened in 2013, and the south end has a set back open terrace.

It was announced on 21st October 2015 that Hull United would move from Dene Park and groundshare with the Rugby League club. Opening fixture was v Bottesford Town on 10th November (a 2-1 win) The club were originally based at East Mount Recreation Centre before rebranding. 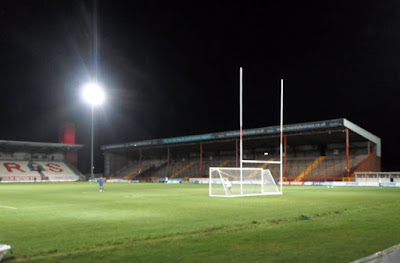 The Gadabout
142 miles door-to-door
Dropped off in Houghton-le-Spring at 3pm and travelled with the #NECelebrityGroundhoppingCouple(which I’ll refer to Lee & Katie from now on)
Accident and delays on the A1 meant an alternative route down the A19 and A1079 in heavy rush hour traffic. Arrived for pre-match meal at 6.20pm.
Return journey along M62/A1 back home at 1250am.

1-0 Nick McNamara (90+4’)
After a poor opening 45 minutes both teams took turns in missed golden opportunities in the second half. The deadlock was finally broken with virtually the last touch in the game, when a left wing cross was met by McNamara, to head inside the ‘keepers right hand post. 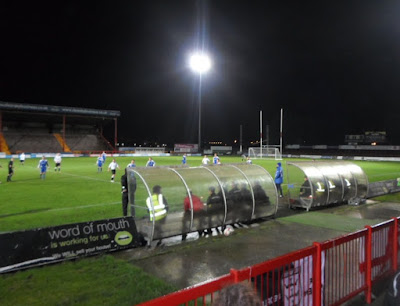