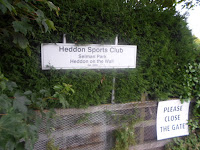 The good thing about pre-season is the possibilities of watching matches at venues that aren’t generally used by non-league clubs. A good example is the annual Clayton Charity Cup which this year has its group stage at Wallington’s Oakford Park and for the first time - Selman Park in Heddon-on-the-Wall. The ground is found on the east side of the village and it hosted Group B in the round-robin competition which involves Hexham, newly formed Prudhoe YC Seniors and Heddon St Andrews from the Tyneside Amatuer League.
Hexham were expected to easily progress through this section of the Tynedale tournament and I was in attendance for their opening match with hosts Heddon St Andrews. As anticipated they took the lead after just 12 minutes when Kurtis Harvey followed in to net from close range but they failed to build on that positive start and fell behind by half time. Just before the half hour mark a Dan Walker daisy cutter free kick from a good 25 yards found the bottom corner of the net, then he repeated the trick five minutes later, this time lifting the ball past the ‘keeper again from a good distance. St Andrews held on to take the three points but that wasn’t the end of proceedings as the match finished with a penalty shoot out for a bonus point, with the hosts winning that as well 4-2 to give them a maximum 4 points on matchday one 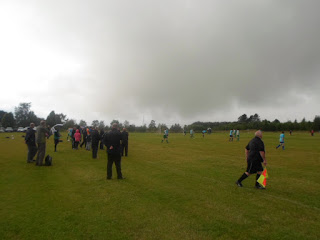 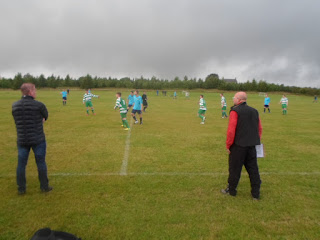 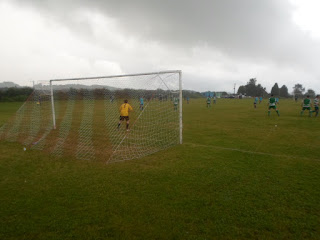 The following night I again headed over to the west end of Newcastle to Blakelaw Park. Ryton & Crawcrook Albion hosted Wearside League newcomers Murton on the park’s 3G pitch as the new surface at their own Kingsley Park ground isn’t quite ready yet. 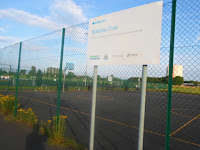 The game got off to a lively start with Sam Moore scoring after just three minutes when a clearance by a defender fired off the strikers body and past the helpless ‘keeper. Moore grabbed his second on 26 minutes, but Murton finished the half strongly and halved the deficit when Anth Cowie headed home from a corner kick two minutes before the break. The second half was a goal fest, starting off with a cracking 30 yard drive by Phil Robinson on 55 minutes, quickly followed by a fine strike by Adam Chrostowski. Phil Hodges nodded in on 61 minutes before Chrostowski added his second to make it 6-1. Kendjo Zadjo was introduced as a second half substitute for Murton and he looked quite lively, scoring a brace with two opportunist finishes, which was sandwiched with a second goal for Hodges which made the finally tally 7-3 to Albion. 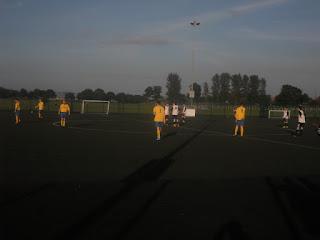 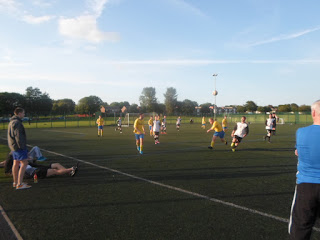 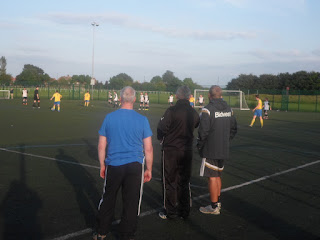 My final game of the week was in the former colliery village of Marley Hill, situated six miles south west of Gateshead. As Whickham FC share their ground with the cricket club, I can usually rely on them to host a game elsewhere, so the Marley Hill Welfare ground is the third different venue that I’ve seen the Lang Jacks at “home” but away from the Glebe. 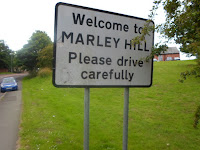 Whickham were up against Felling Magpies, who are part of the Leam Rangers set up, promoted into the Northern Alliance First Division for this season. The match was a good workout for both teams and a comfortable win for Whickham, who had the advantage of the slope and the wind factor in the first half. They took an early lead when a low Mark Pattison free kick(see bottom picture) went under the wall and the ‘keepers body, before Chad Collins doubled their lead on 38 minutes. Just before half time Pattison capitalised on a clumsy error by the goalie to make it 3-0 at the break.
I watched the match with Squad #121 Paul Johnson, who had travelled up via several buses from Stockton for just another ground tick. We saw Felling improved in the second half but fall further behind late on when Pattison completed his hat-trick with a fine finish on 74 minutes, to round off an easy 4-0 victory for Whickham. 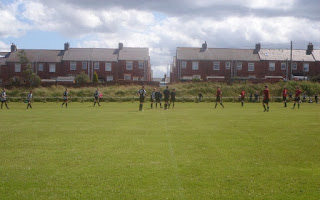 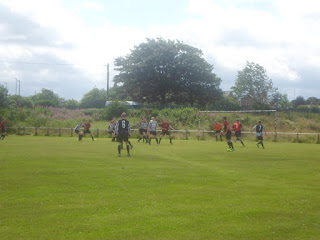 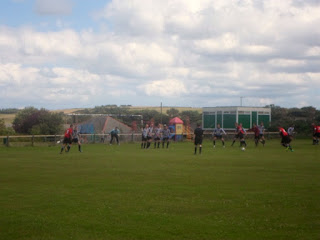