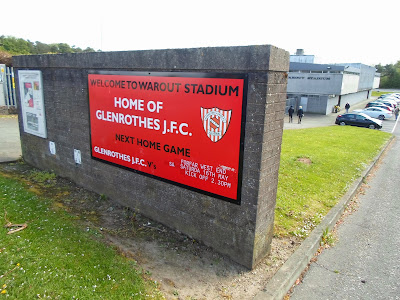 My future publication project continued with the tenth visit to a club that has won the Junior Cup during my lifetime, with a trip to Glenrothes within the Kingdom of Fife.

Whereabouts and Whatsabouts
Glenrothes is a town in the heart of Fife, situated approximately 30 miles in between the cities of Edinburgh and Dundee. The name Glenrothes comes from its historical link with the Earl of Rothes, who owned much of the land with "Glen" (Scottish for valley) added to the name as it lies in the valley of the River Leven. The small village became one of Scotland's first post-second world war new towns, with the original plan to provide houses for miners at the newly established Rothes Colliery. The town developed as an important industrial centre in Scotland's Silicon Glen sector from the early 1960’s with several major electronics and hi-tech companies setting up facilities in the town. Glenrothes is the administrative capital of Fife and has a quite unique town centre(akin to Washington), as the majority is indoors within the Kingdom Shopping Centre, the largest of its kind in Fife. 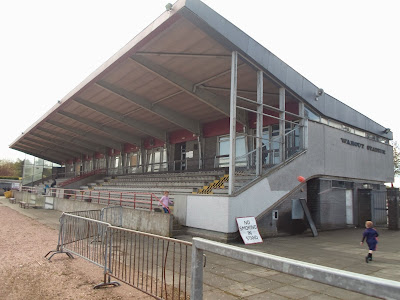 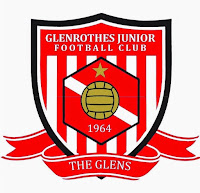 Glenrothes Football Club formed in 1964 and enjoyed instant success by winning the Fife County League in their second competitive season, the first of three successive league titles. The Fife Regional League was won in 1969-70 and they were crowned champions on four occasions through the seventies and twice in the eighties, the last of which was in 1984-85. Since the Fife clubs became part of the the East Region Junior set up, they were relegated from the Super League in 2006, but made a quick return after clinching the Premier League the following season.

Exactly four years from the day the club was founded, they reached the Junior Cup final. They negotiated some tricky ties on route to the final at Hampden Park, where they met Johnstone Burgh in front of a crowd of 28,800. The match finished 2-2, but three days later the clubs returned to Hampden for the replay, with the Glens narrowly losing out in a 4-3 thriller, witnessed by an attendance of  21,700.
The club have won an array of cup honours over the last half a decade but the Junior Cup took pride of place in 1974/75. The club defeated Arbroath Victoria, Dunipace, St Roch’s, Cumbernauld United, Baillieston after a replay and Ashfield in the semi-final. Hampden Park again hosted the final where they faced Rutherglen Glencairn in front of a 17,776 crowd, who witnessed Willie Cunningham grab the only goal of the game to take the prestigious trophy to the Warout Stadium for the only time in their proud history. 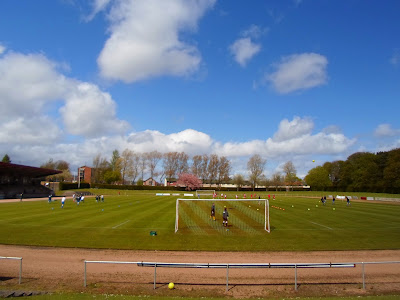 The Glens originally played at Dovecote Park where a record crowd of 5,400 attended the 6th Round Scottish Junior Cup tie against Shotts Bon Accord in 1968. The club moved just a half a mile south to the Warout Stadium in 1974 which has a capacity of 5,000. The ground has one main stand which has 730 seats made up with seven rows of benches, with a small standing section at the top. At the rear of the stand looking out towards the pitch is the spacious clubhouse and the committee room. The stand is split by the players tunnel where the team dugouts are at each side, which are the proper kind which are actually dug out into the ground. The rest of the ground has grass banking which is beautifully maintained, with the large pitch separated by a surrounding oval track. The highest attendance recorded at the Warout Stadium is 5,600 for a 6th round Junior Cup tie with Cambuslang Rangers in 1974. 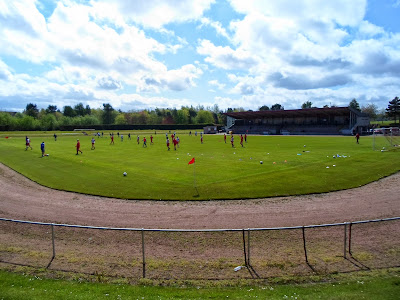 The Match
Both clubs game into the game level on 32 points, but with Glenrothes having played more games they still have an outside chance of being relegated.
The match was a basic game of two halves with the hosts having the better of the opening period before taking the lead just before half time, when John Martin was put clear and finished with a neat nutmeg through the goalkeepers legs.
After the restart West End were on the front foot and equalised after just three minutes when a long throw in fell into the path of Matty Reynolds who found the net from six yards.
The Glens poor start to the second half continued, being reduced to 10 men after the Glens number 8 was shown a straight red card. Both teams had chances to win the game but the match finished with the clubs still remaining level on points at the bottom section of the East Region Premier League. 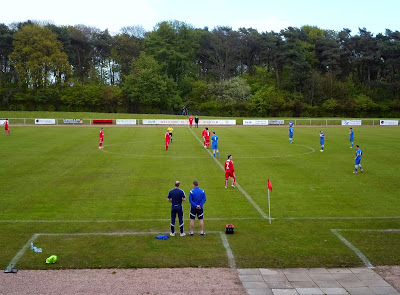 My Matchday.
I arrived in Edinburgh at 9.25, a hearty breakfast and a patrol around the city centre filled in the few hours before I met up with Mark Wilkins who had travelled up from London. This whole Matchday was made possible by James Little who picked us up at the station at 11.30am and drove us over the Forth into Fife. A few Wetherspoons pubs on route saw us calling at the Robert Nairn in Kirkcaldy before heading to the Golden Acorn at Glenrothes. When we arrived at the ground we were greeted by John Hay the club's media man, who was expecting my presence as I had posted my pending visit on Twitter. He introduced us to the club chairman Dougie Cooper who invited us into the boardroom at half time for tea and sandwiches. So far during my Junior Cup winners adventure, the hospitality has been superb and yet again I enjoyed the warm welcome that myself and my travel companions received.

After the game we heading back to Edinburgh, listening to the football updates on the radio which left me totally pissed off after yet another pitiful performance from NUFC. On the way back we called at The White Lady, another uncharted JDW next to the zoo in Corstorphine, before James dropped us off at Waverley at 6pm, as we were both booked on the 1830, there was time for a few swifty's in the Jingling Geordie.
Another terrific day in great company in my pursuit of visiting the winners of the Junior Cup over the last half a decade, and I can't wait to continue on this fantastic odyssey again next season. 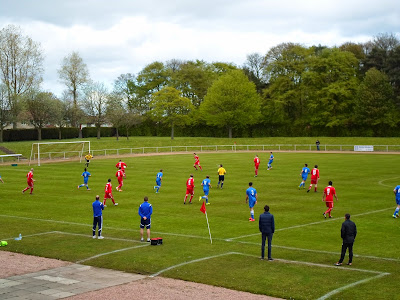 
Footnote
All going well I’m in the process of writing a book on the winners of the Junior Cup over the last 50 years, so I’ll be writing a more thorough piece on my matchday at Glenrothes. This chapter will also include a look back at my first ever season of going to the match.
You can check the progress and a map of the grounds on my list on the T’Do Page.
on May 16, 2015
Email ThisBlogThis!Share to TwitterShare to FacebookShare to Pinterest
Labels: Forfar West End, Glenrothes Juniors