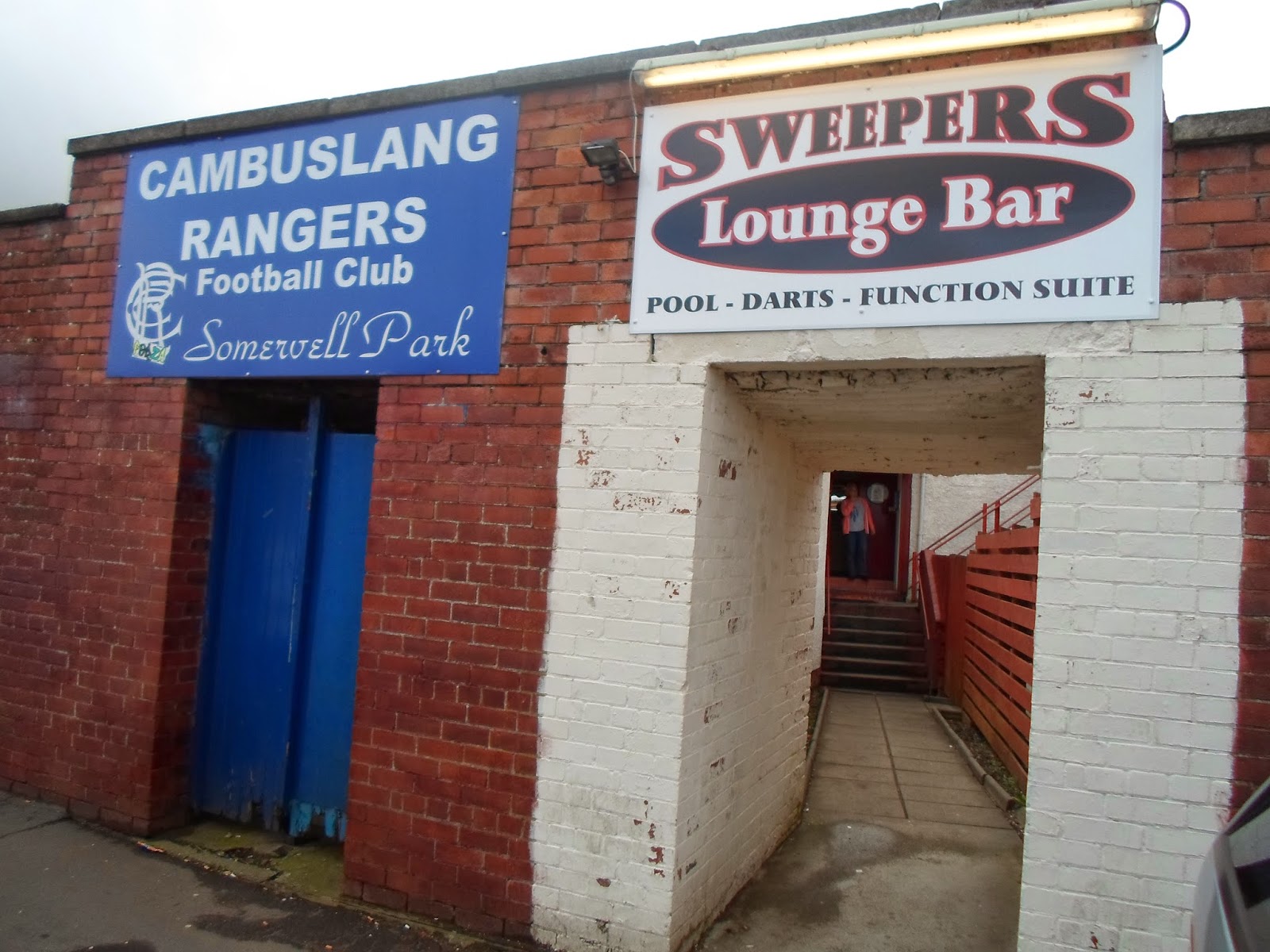 This was my third trip north of the border in the space of seven days, after attending the Sunday leg of the Lowlands Hop followed by the Scotland v Northern Ireland international at Hampden on Wednesday night. This week I was back on my Scottish Joons trail with a trip to Cambuslang, just outside Glasgow.

Whereabouts and Whatsabouts
Cambuslang is a suburban town located just south of the River Clyde, about 6 miles south-east of Glasgow city centre. It is known as "the largest village in Scotland", having a population of around 24,500, with historical links to coal mining, iron and steelmaking.
Cambuslang is an ancient part of South Lanarkshire where Iron Age remains loom over modern day housing estates. Due to its location, the town has been very prosperous over time, due to its agricultural land and mineral resources underfoot, such as limestone, iron and coal. This wealth was guarded by the medieval Church, and later by the local upper classes, particularly the Duke of Hamilton. These riches made the town intimately concerned in the politics of the country and over the centuries the Church has made Cambuslang a major focal point.
The manufacturing industries attracted workers from the rest of Scotland, Ireland and other European countries. This diverse population increase posed problems in housing, employment and education, although Cambuslang has always benefited from its closeness to the thriving city of Glasgow. The two brought closer in the 18th century by a turnpike road then of course the railway and nowadays wider communication networks, particularly the M74 motorway.
The town was represented at the start of the Scottish Football League in 1890-91. Cambuslang FC were founder members but folded after just two seasons in the new league, their most notable achievement being runners-up in the Scottish Cup in 1888. 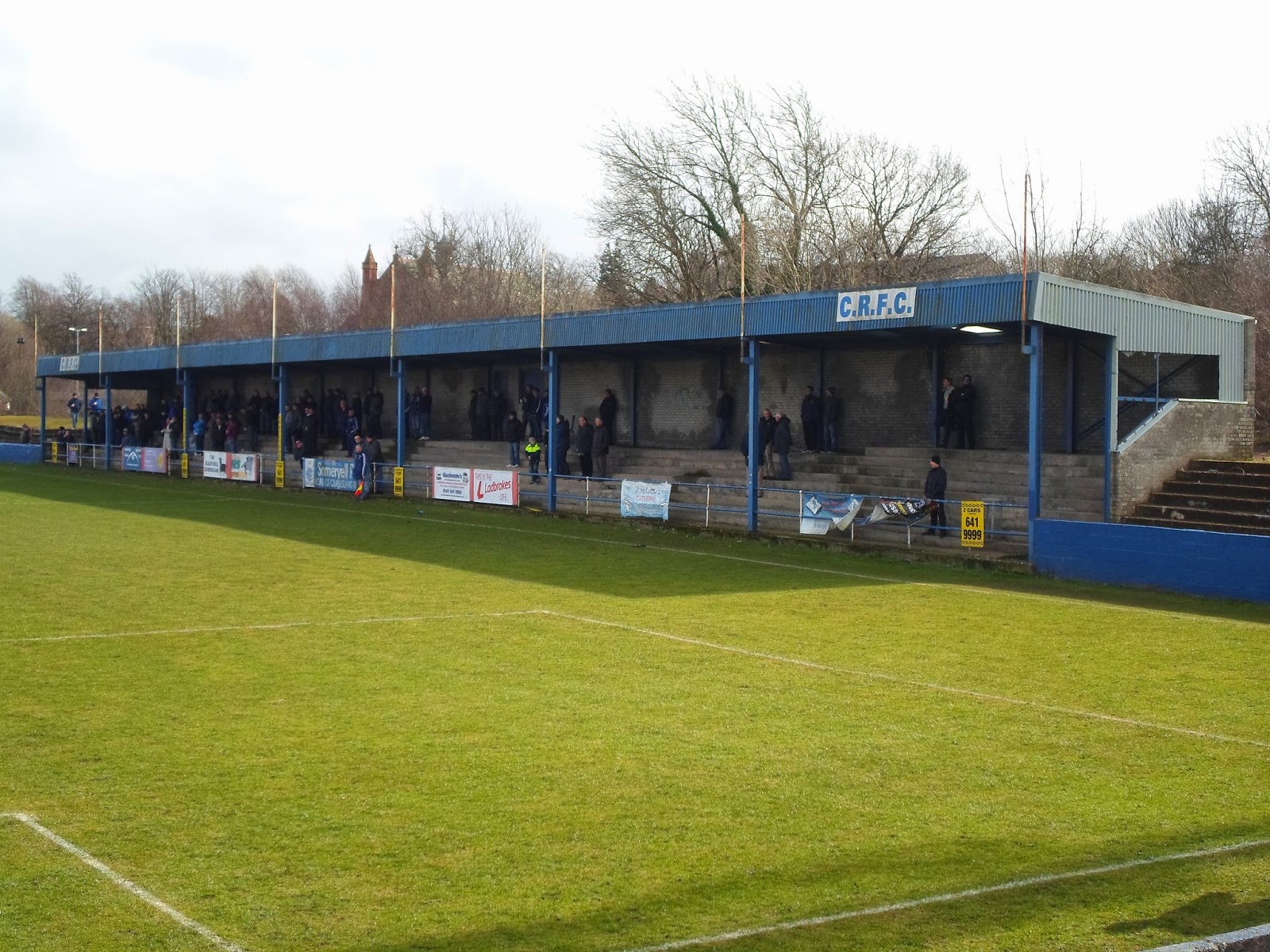 Plantpot History
The football club were originally known as Leeside and joined the Junior ranks in 1892, changing their name to Clyde Rovers. They became Cambuslang Rangers in 1899, also changing their kit from red and white to Royal Blue to become “The Wee Gers”.
They joined the Glasgow and District Junior League in 1900-01, winning their first trophy as champions in 1901-02 before repeating the feat the following year. The club switched to the Glasgow League in 1904, winning the title in 1911, 1912 and 1916 and finished that decade by reaching their first Junior Cup final in 1920, losing to Parkhead 2-0. 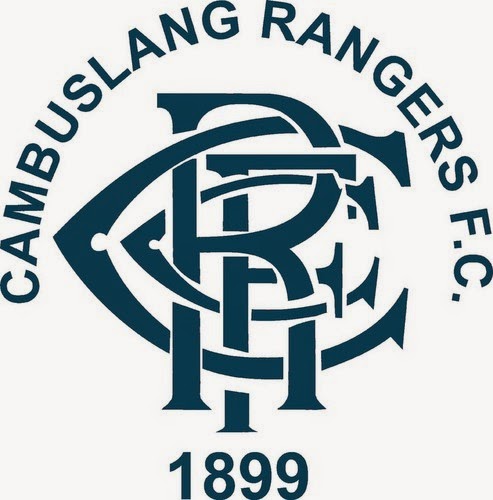 In 1927 they again lost out in the Junior Cup final to Glencair, but made it third time lucky in 1938 defeating Benburb 3-2 at Celtic Park. When football resumed after the Second World War they got to another final but were defeated 3-1 by Burnbank Athletic.During the 1950s and 60s the club won a few minor cup honours and lost two more Junior finals against Dunbar United in 1961 and Johnstone Burgh in ‘64.
After a thirty year wait the the Scottish Junior Cup was finally brought back to Somervell Park, when they defeated Kirkintilloch Rob Roy 1-0 in the 1969 final at Hampden Park. This heralded a golden era for the club, as they went on to beat Newtongrange Star 2-1 in the 1971 final and retained the trophy with a 3-2 win over Bonnyrigg Rose after a replay. This was the first time a club had back-to-back wins in this century and they almost made it a hat-trick, but were thwarted by Irvine Meadow, losing 1-0 in the second replay.
Cambuslang earned the title of "Junior Side of the Century" by the Scottish Newspapers, as during this era they were also winning an array of league titles and cup honours. The Lang added the top prize yet again to regain the Scottish Junior Cup with a 3-1 win over Linlithgow Rose in 1974. Since that golden era silverware has been hard to come by, although they did win the 2nd Division of the Central League in 1989-90 and the Division One title the following season. They currently play in the Central District Second Division. 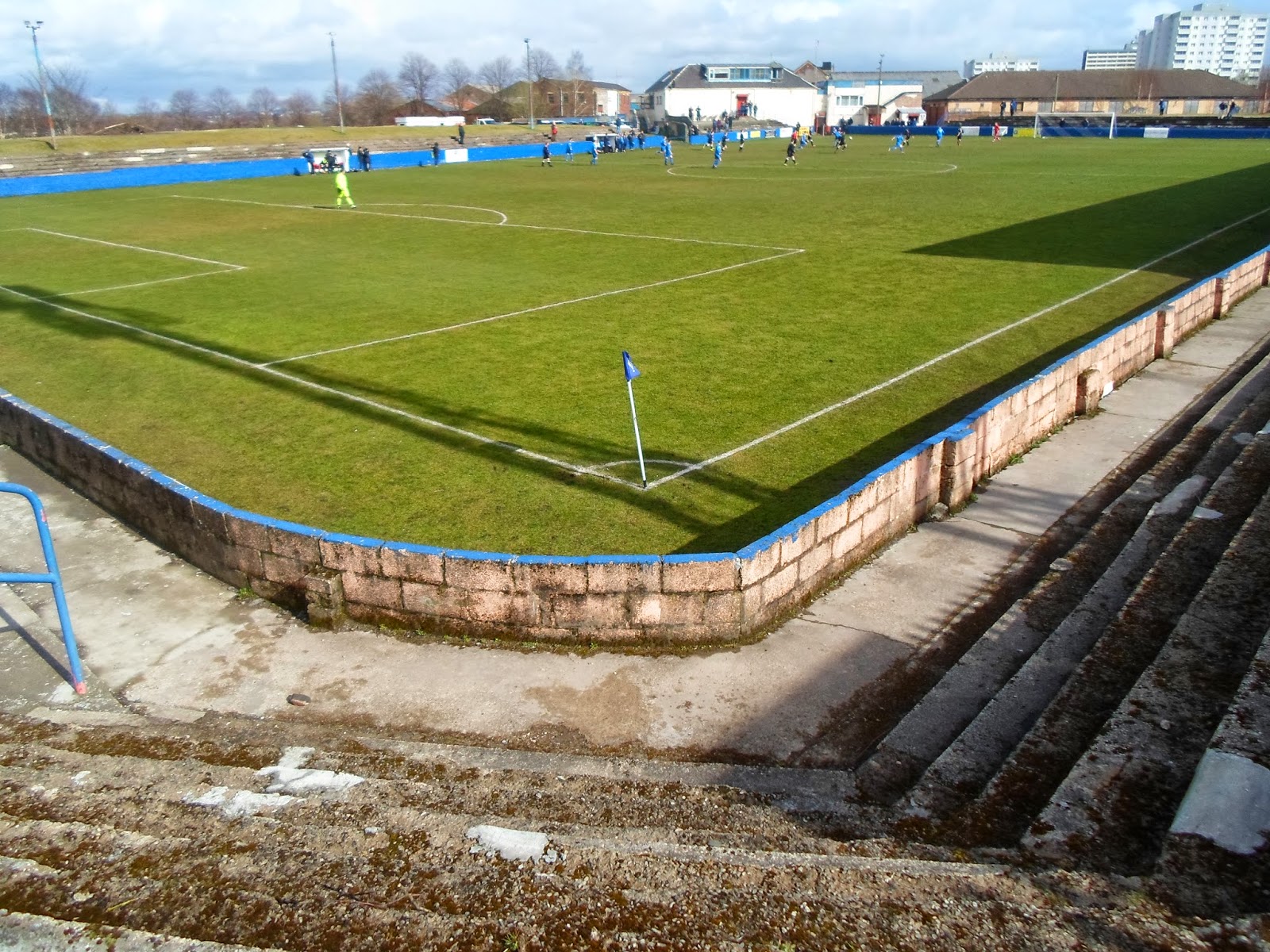 The Lang originally played on a park at the "Old Mill" before renting a new ground at Somervell Park in 1904. The ground was named after the property owners, with the first ever match against local rivals Rutherglen Glencairn.
The original wooden stand was replaced with a new pavilion in January 1937, then in December 1941 the football club became owners of the ground having bought it from Colvilles Ltd. This purchase left the club in debt, which was eventually cleared through fundraising and social activities by the committee. In December 1970 they formed the Cambuslang Rangers Social and Recreation Club called Sweepers Lounge Bar. The licensed premises opened with extensive renovations made on the pavilion at the same time. The standing enclosure is about two-thirds pitch length with eight large steps of terracing which runs around the other three sides. The dugouts are opposite built into the perimeter wall. The changing rooms and food hut are at the corner entrance next to Sweepers. The open elements show panoramic views of Glasgow. 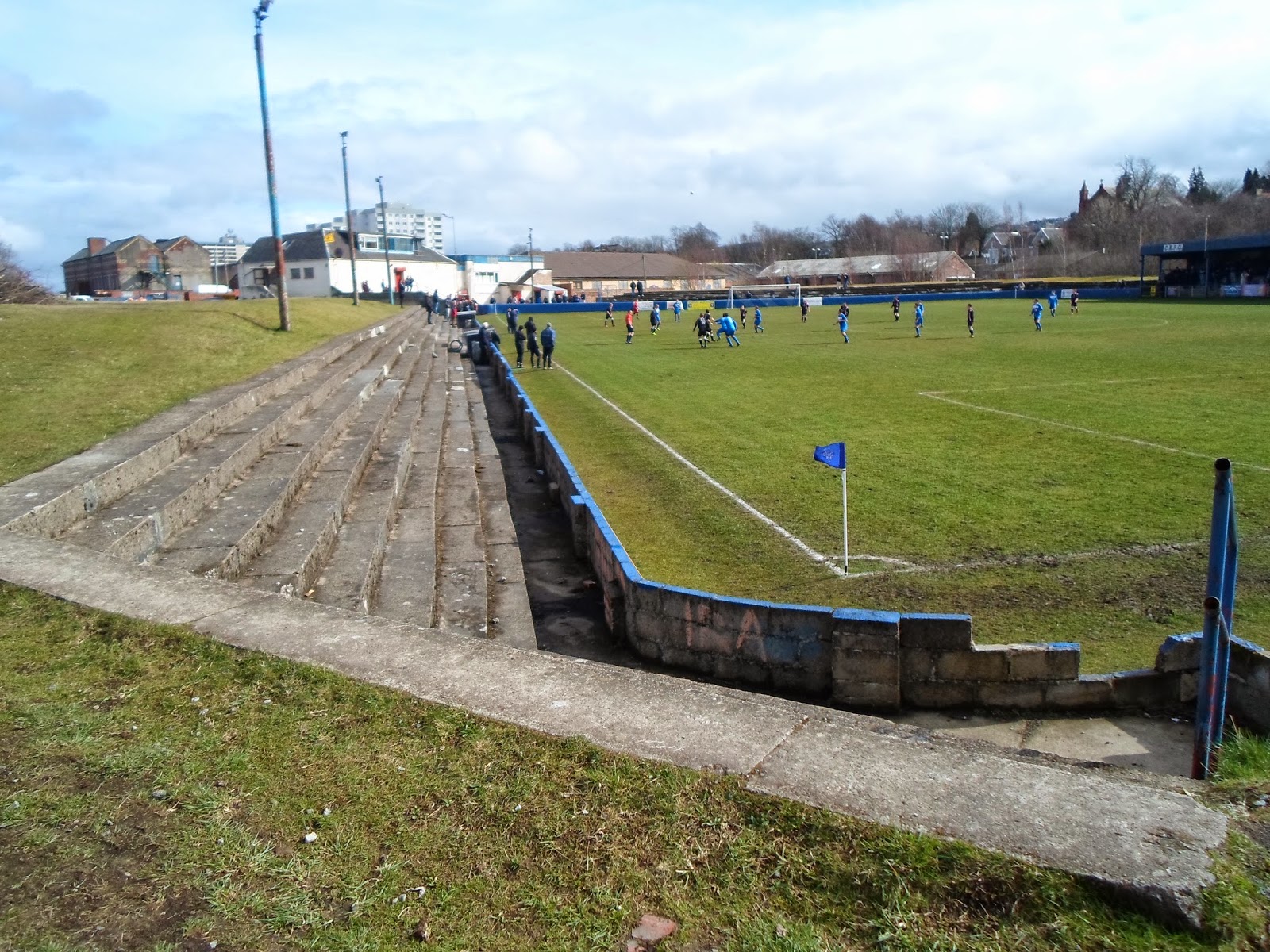 The Match
Cambuslang were up against Wishaw in the 2nd round of the Central League Cup. The visitors were the better side throughout the first half, after going behind to an early strike from Grant Howarth, who cheekily lobbed the 'keeper from the edge of the box. After missing several good chances Wishaw finally levelled just before half time, when Chalmers received a left wing cross to place his shot out of the 'keepers reach from the edge of the box.
The second half was an even affair but Wishaw finished the game on top but were unable to grab the vital winner. The whistle blew with the teams still level, however Wishaw deserved their shoot out victory, with Sandy Thomson saving twice to win the penalty shoot out by 3 strikes to 2. 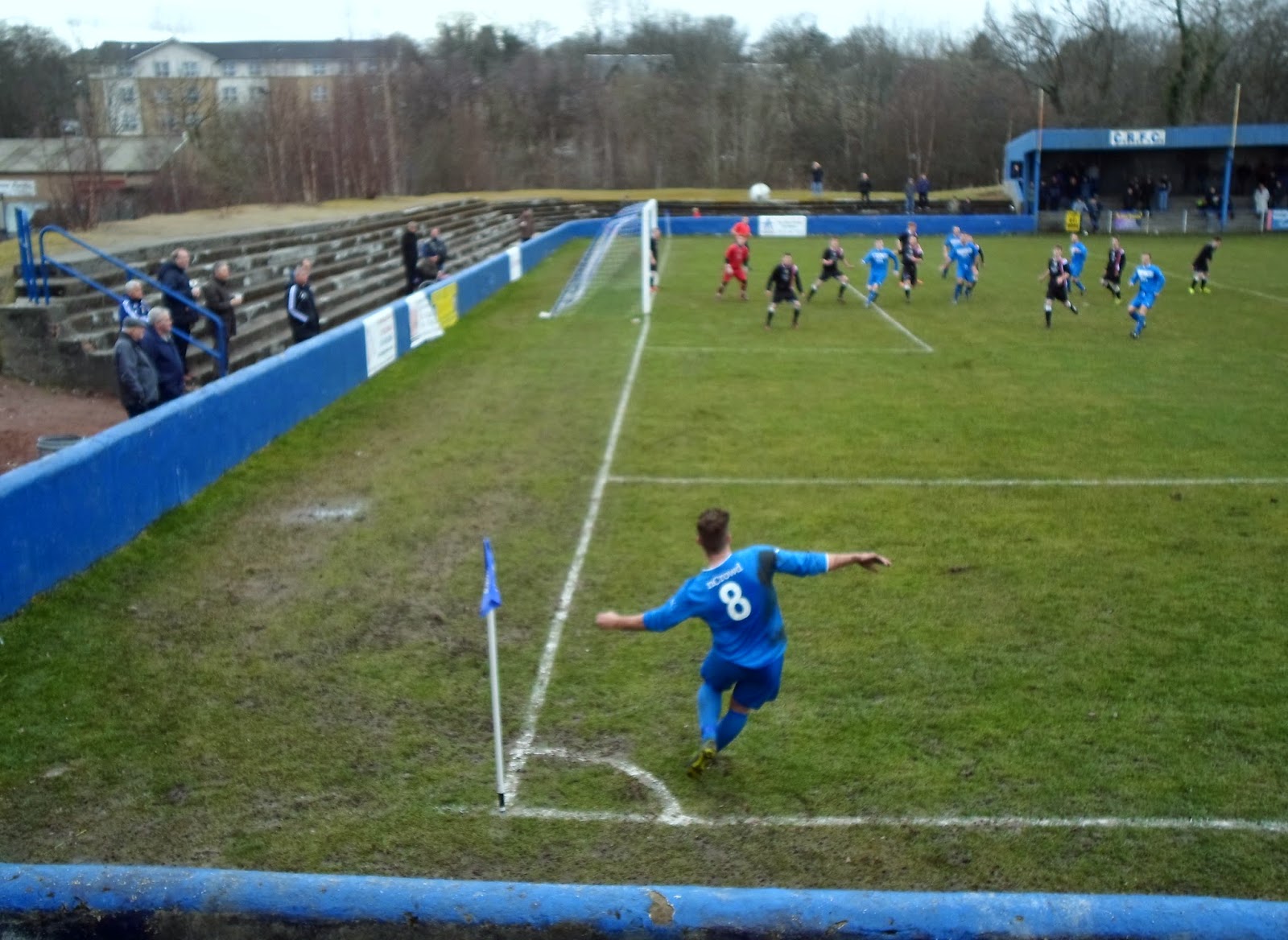 My Matchday
Akin to last Saturday’s trip to Dover, I wasn't a "William no mates" as Honest Paul came along for the ride, as we boarded the 7.43 to Edinburgh, then following a quick train swap we arrived in Glasgow at 10.25.
The journey between Edinburgh and Glasgow was pretty stressful, as my Scottish Joons twitter feed list saw the fixtures in the West Region dropping like flies after a night of heavy rain. I was expecting to yet again look for an alternative match, but as I was enjoying my first drink of the day in the Camperdown Place, the news came from the Wishaw Juniors feed that the match was on.
Cambuslang is just an eight minute journey from Glasgow Central, so we enjoyed a good drink before and after the match, including the impressive new Wetherspoons in the town; The John Fairweather on Main Street which was a picture house in its previous life.
To allow ourselves more time in Glasgow we travelled back via Carlisle, where we enjoyed an hilarious ninety minutes in Cumbria before catching the 0924 back to the Toon. So overall a cracking day out which managed to tick all the right boxes as we enjoyed visiting a friendly club, a smashing old ground, a good game of football and of course, a canny bevvy! 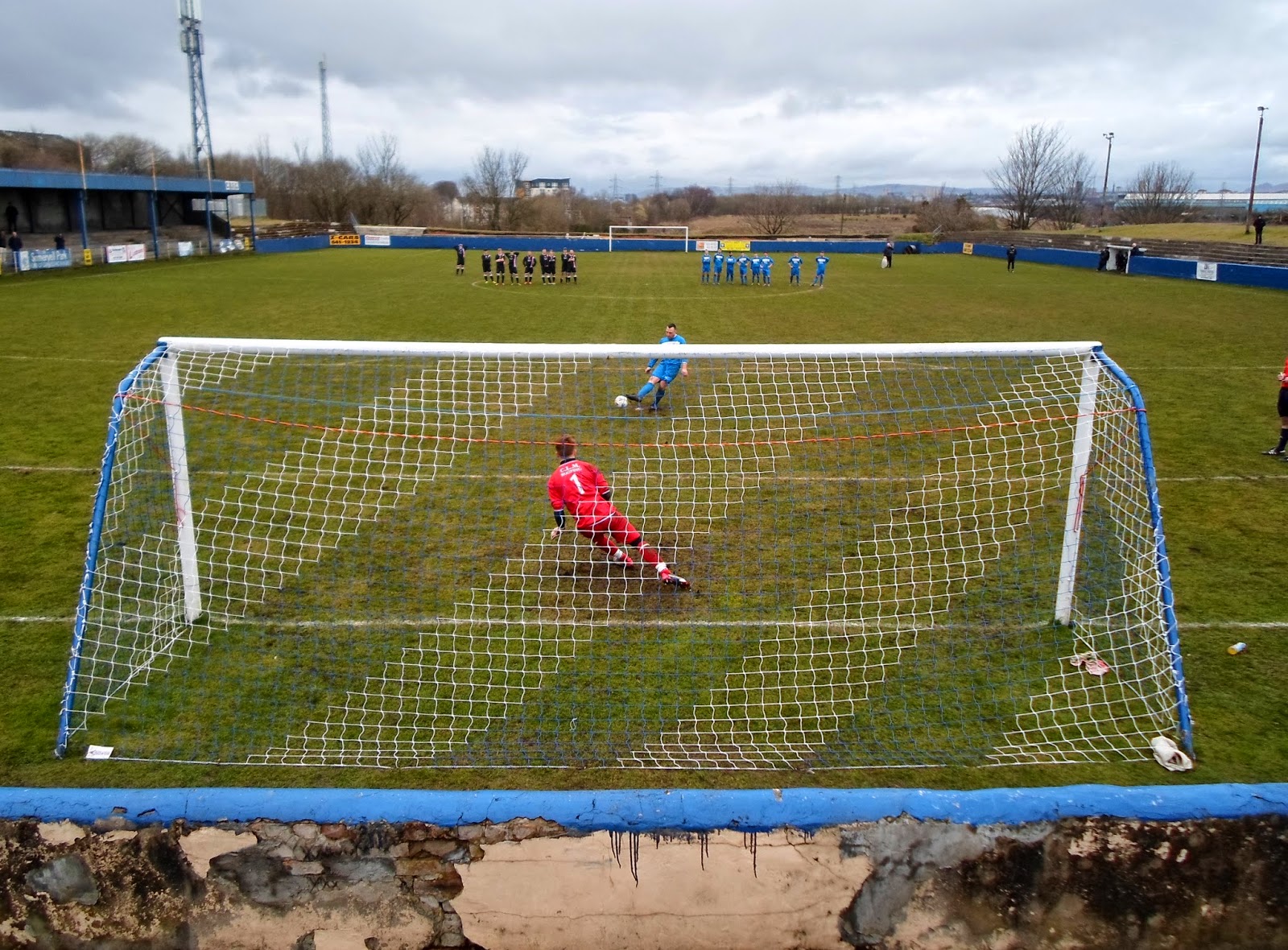 Foetoes(Matchday album of 31 pictures from Somervell)


Footnote
All going well I’m in the process of writing a book on the winners of the Junior Cup over the last 50 years, so I’ll be writing a more thorough piece on my matchday at Cambuslang. This chapter will also include my first childhood memory and the confessions of Honest Paul.
You can check the progress and a map of the grounds on my list on the T’Do Page. 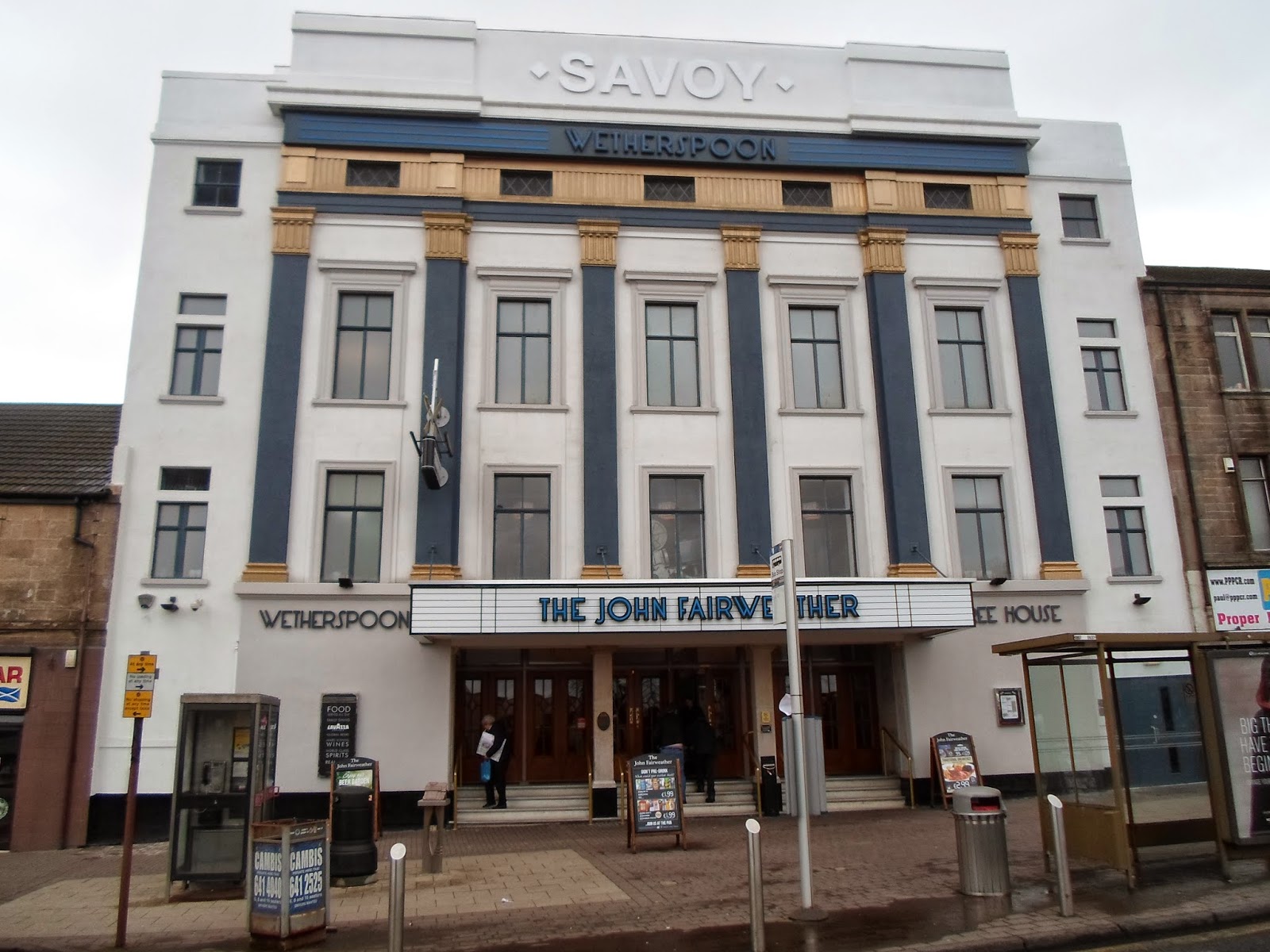 Cracking artickle, just wish we had made you more welcome. I gave the badges but had I known you had travelled so far I would have offered you hospitality and introduced you to our committee

Pleased you've got in touch. Never thanked you for the badges, so... "Thanks-a-lot!" When/If the book is written, I'll send you a copy.