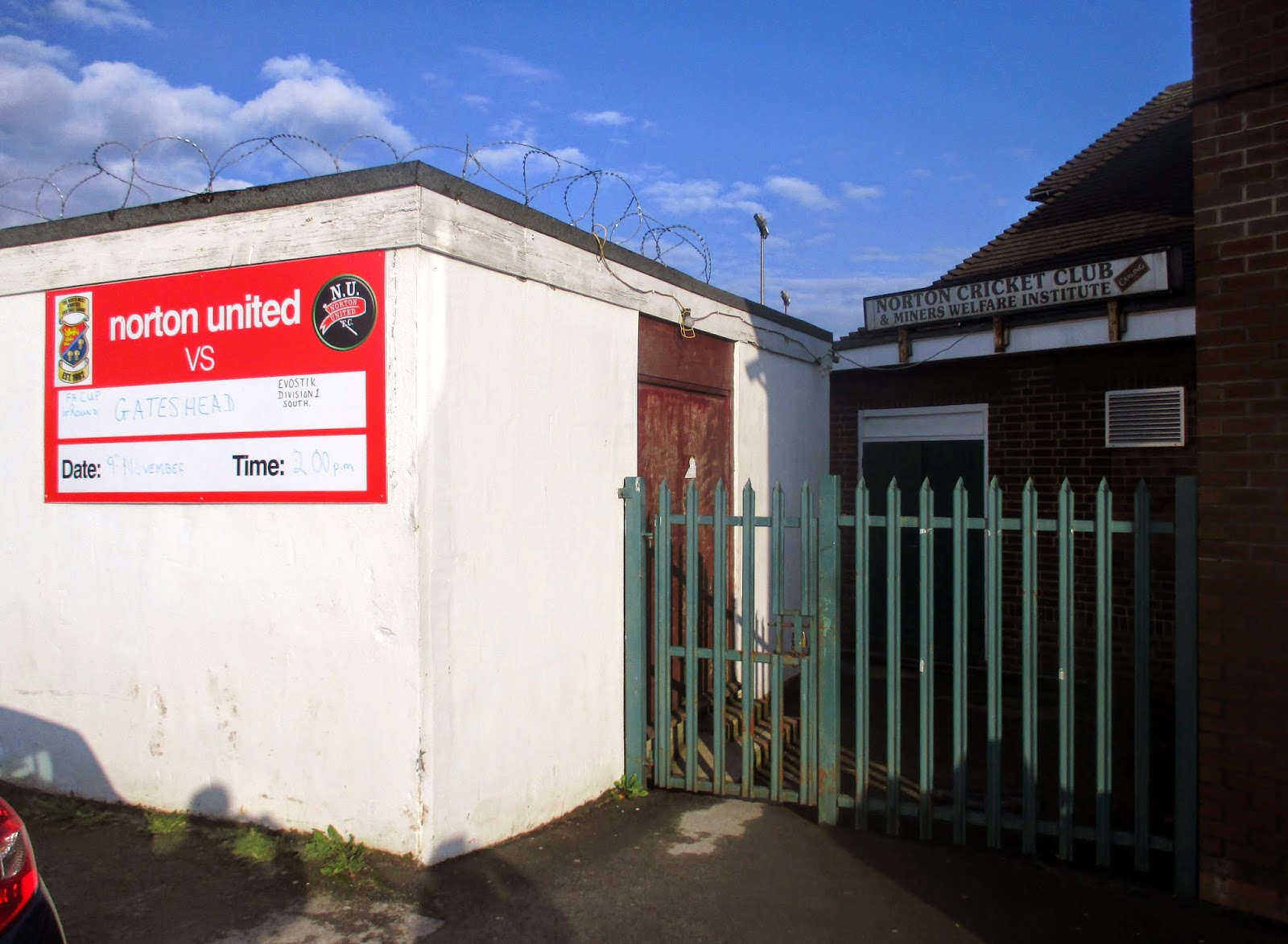 The council-tele rights for the FA Cup has thankfully returned to the BBC this season. As part of the Beeb’s coverage there will be a selection of games moved to Sunday in a new live version of Final Score, with cameras and reporters at all the grounds. The switch from Saturday to Sunday meant I was free to travel down to Staffordshire with Allan and Victoria Hutchinson for the Heed’s 1st Round tie at Norton United.

Whereabouts and Whatsabouts
Norton United play in Smallthorne, in the north-east area of the city of Stoke-on-Trent, near the Port Vale manor of Burslem. Smallthorne has a population of just over 4,000 and for 115 years was administratively separate from Stoke-on-Trent. From 1807 to 1894, Smallthorne (and Ford Green), along with Bemersley, Norton, Norton Green, and Milton, was part of the Norton-on-the-Moors Parish after an Act of Parliament made it a district rectory. From 1894 it became part of the Smallthorne Urban District, until 1922 when the urban district was wound up, with the majority of it becoming part of the county borough of Stoke-on-Trent.
Historically Smallthorne was a coal mining area and up until the late ‘70’s, where there were several collieries with three large pits at Norton (Ford Green), Sneyd (Burslem) and Hanley Deep Pit, all within a mile of where the main shopping area stands today at Smallthorne Bank. 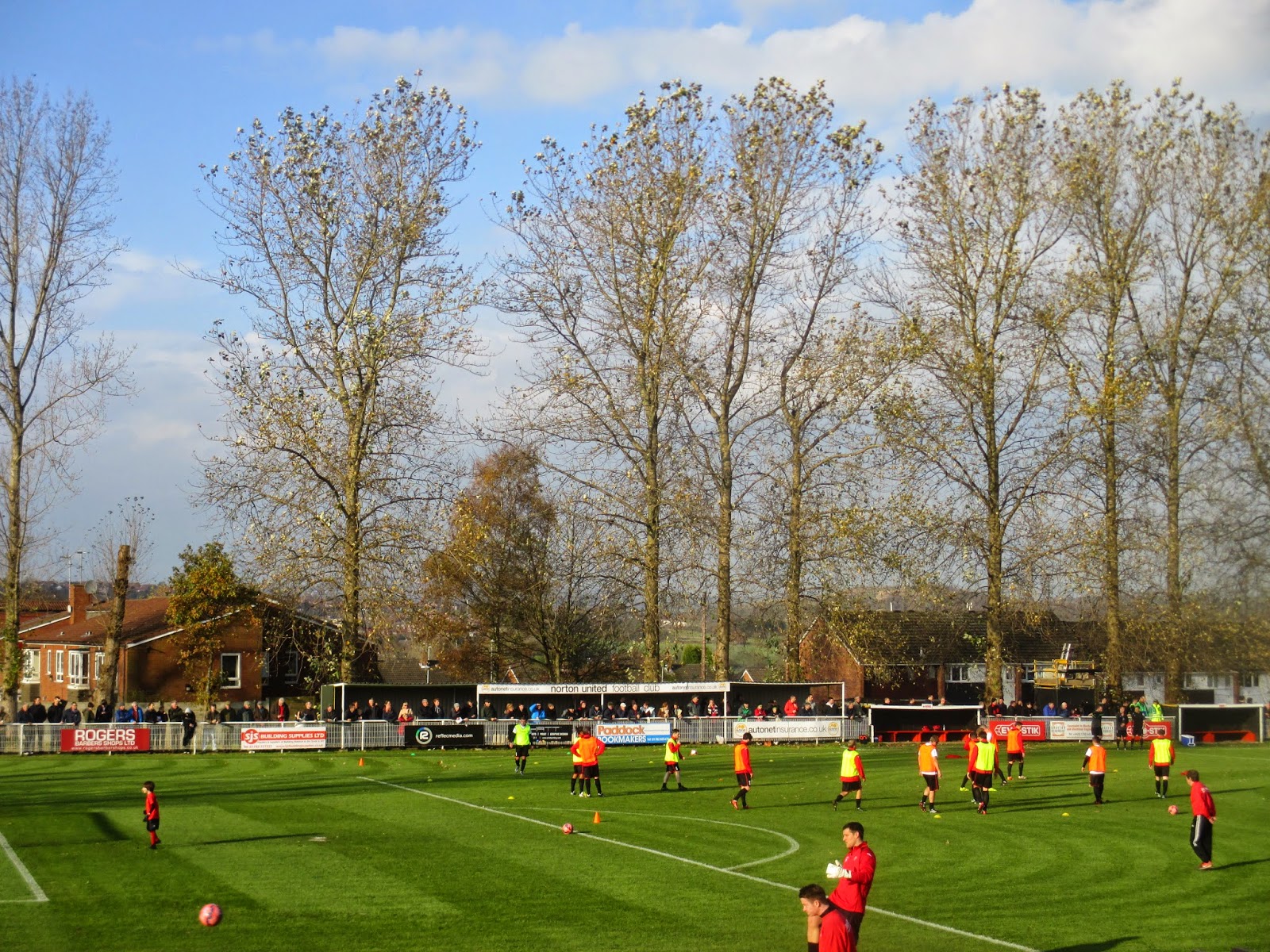 In 1989 Norton United FC formed as a junior side out of the cricket club at Norton Miners Welfare Institute. The team entered the Staffordshire Senior League for the 1989-90 season and after the competition became the Midland League in 1994, they won the Division One title in 1995-96. Further league success followed in 1998-99 as well as lifting the prestigious Staffordshire FA Senior Vase. The Midland League and cup double was achieved in 2001, followed by promotion to The North West Counties Football League, then in 2005 they added a second Staffs Senior Vase to their list of honours. The club won promotion from Division One in 2011-12 and after consolidating their place in the NWC Premier Division, they were champions last season, amassing 100 points and 101 goals to reach the Evo-Stick Division One South. 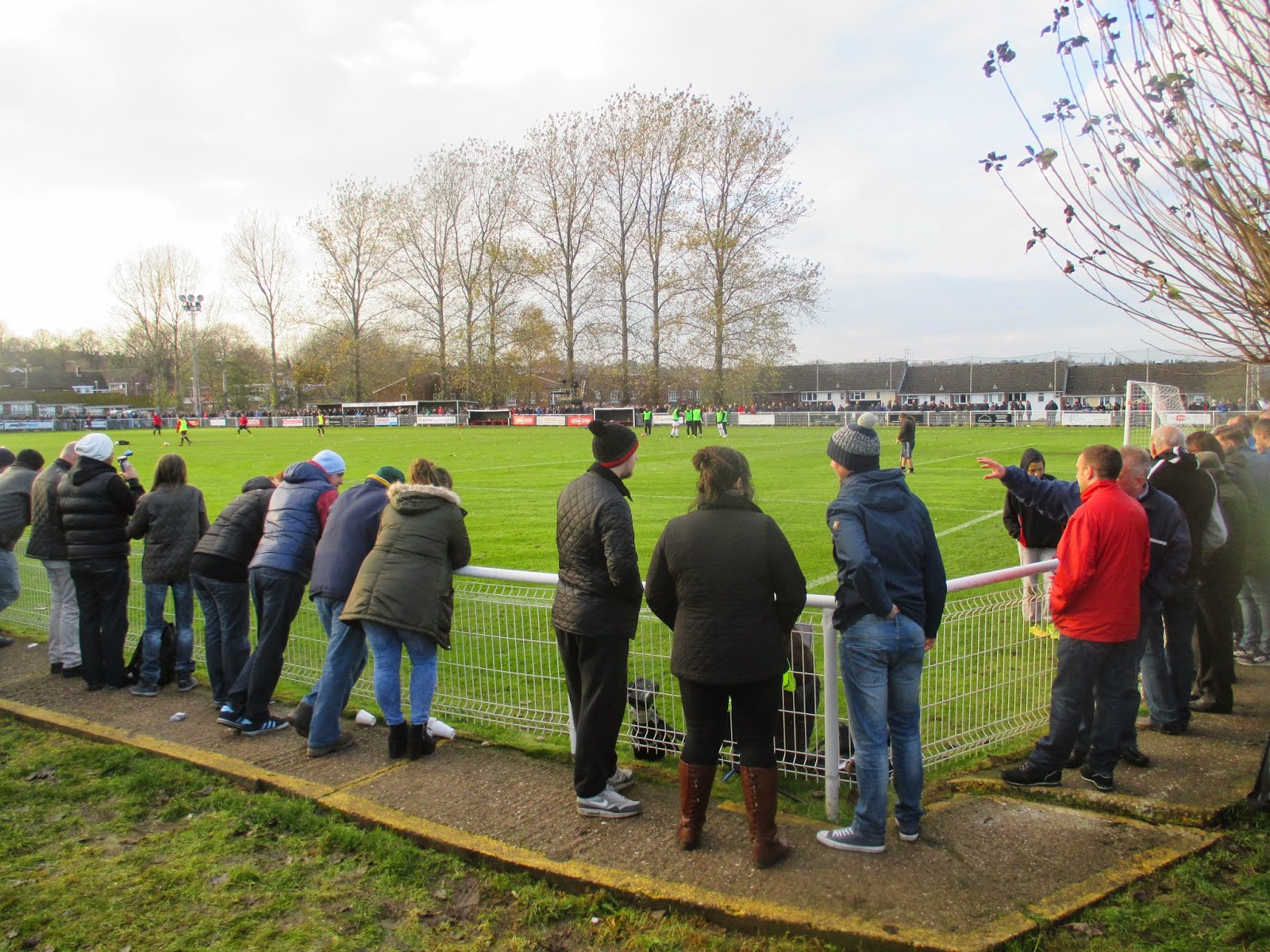 The most notable feature of the ground is the low pitch position with the gate entrance and club offices elevated on one side. The seated stand has two rows of red and grey flip seats which runs half the length of the pitch. Above the stand is a standing area with crash barriers which offers the best viewpoint in the ground. The clubhouse is at the front entrance, with all the amenities found on this side. The surrounds of the pitch were upgraded considerably and floodlights erected as well as a new playing surface to meet the grading for the North West Counties League. At the far side are the team dugouts and a covered standing paddock, with the rest of the ground having both hard and grass bank standing. The ground has views of the surrounding area with plenty of trees and greenery added to the ground's character. 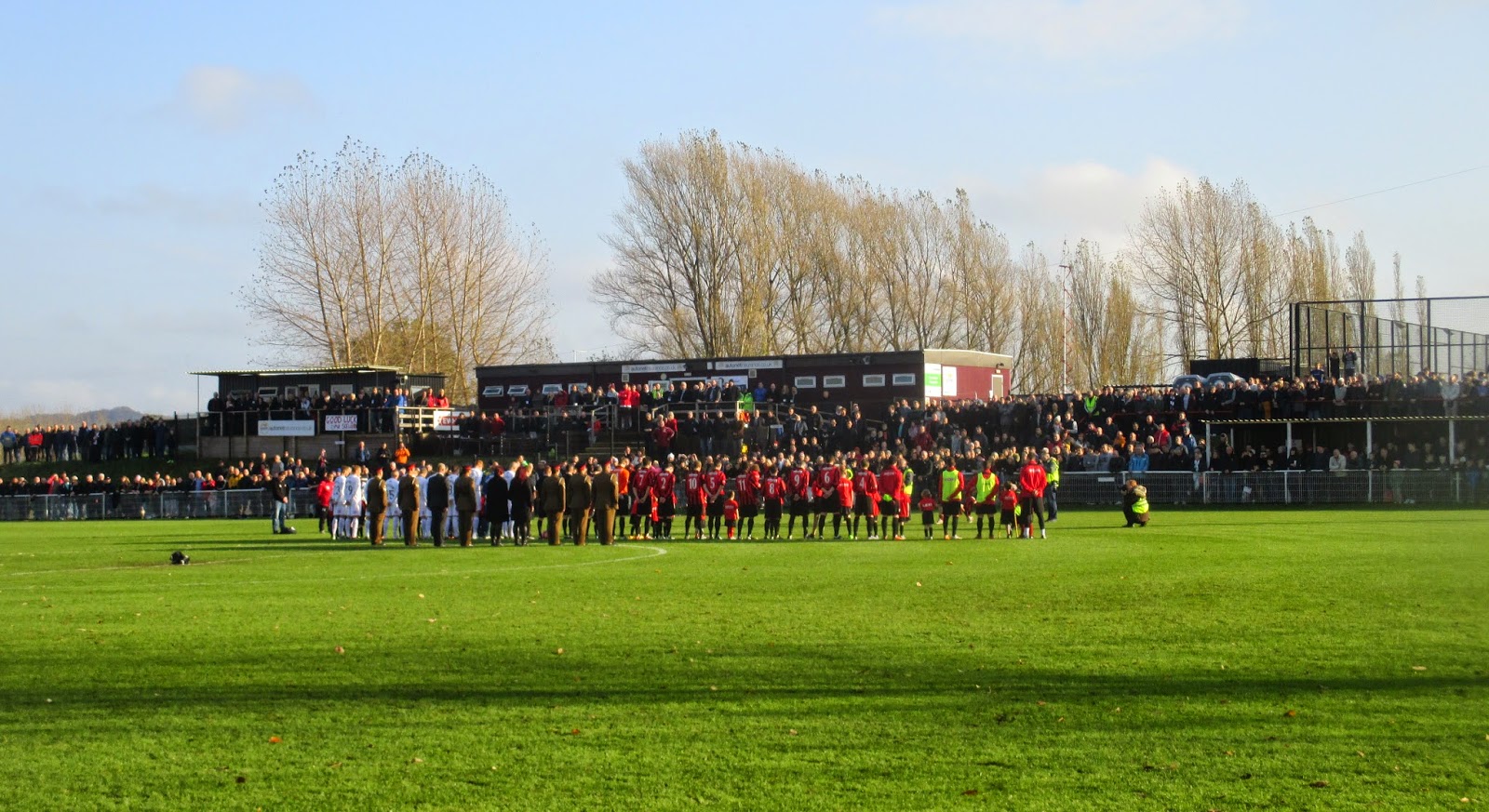 The Match
A hat trick from striker Rob Ramshaw booked Gateshead a comfortable passage into the second round of the FA Cup. The Heed took an early lead when Alex Rodman found space to shake off the defender and fire home in the eleventh minute, before taking a huge step into the next round with two goals just before half time. Craig Baxter did well to keep the ball in play on the right wing before delivering a peach of a cross which Ramshaw headed home from close range, before netting the rebound after Rodman's initial shot was saved to make it 3-0.
Norton playing at this stage of the competition for the first time, made a decent fist of it in the second half, going close to reducing the deficit on several occasions, causing the Gateshead defence and 'keeper Adam Bartlett a few shaky moments early on.  The Tynesiders coped with the pressure before Ramshaw wrapped up the tie, bagging his third when Oster clipped in a neat through ball which he nodded over the 'keeper on 74 minutes in front of a record crowd at Community Drive. 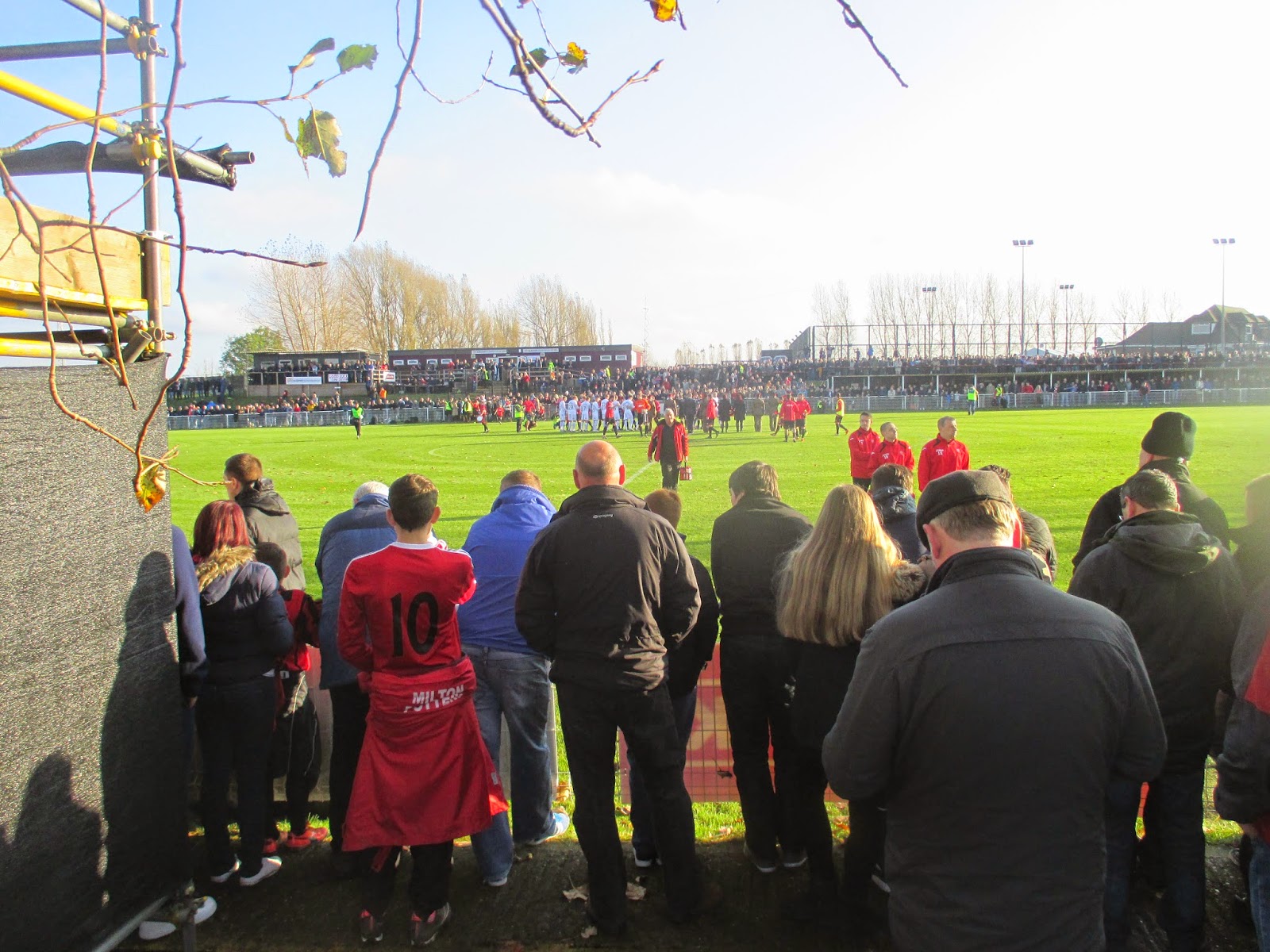 My Matchday
This Matchday was a straight forward there and back trip. Allan picked me up at 1005 (35 minutes late!) with his daughter Victoria and Heed veteran fan Mick Thornton filling the car space. We arrived at quarter past one around the same time as Cumbrian Hopper and 100FgC Squad#169, who I was meeting after buying his match ticket in advance. I also watched the game with John Main and Tony Morehead from the100FgC Facebook Group, but John McClure.. where were you hiding? This was a rare trip without any pub visits but I wasn't too bothered as I was glad to be home before 8 o'clock and even more delighted to see the Heed in the ball bag for the next round of the best cup competition in the world. 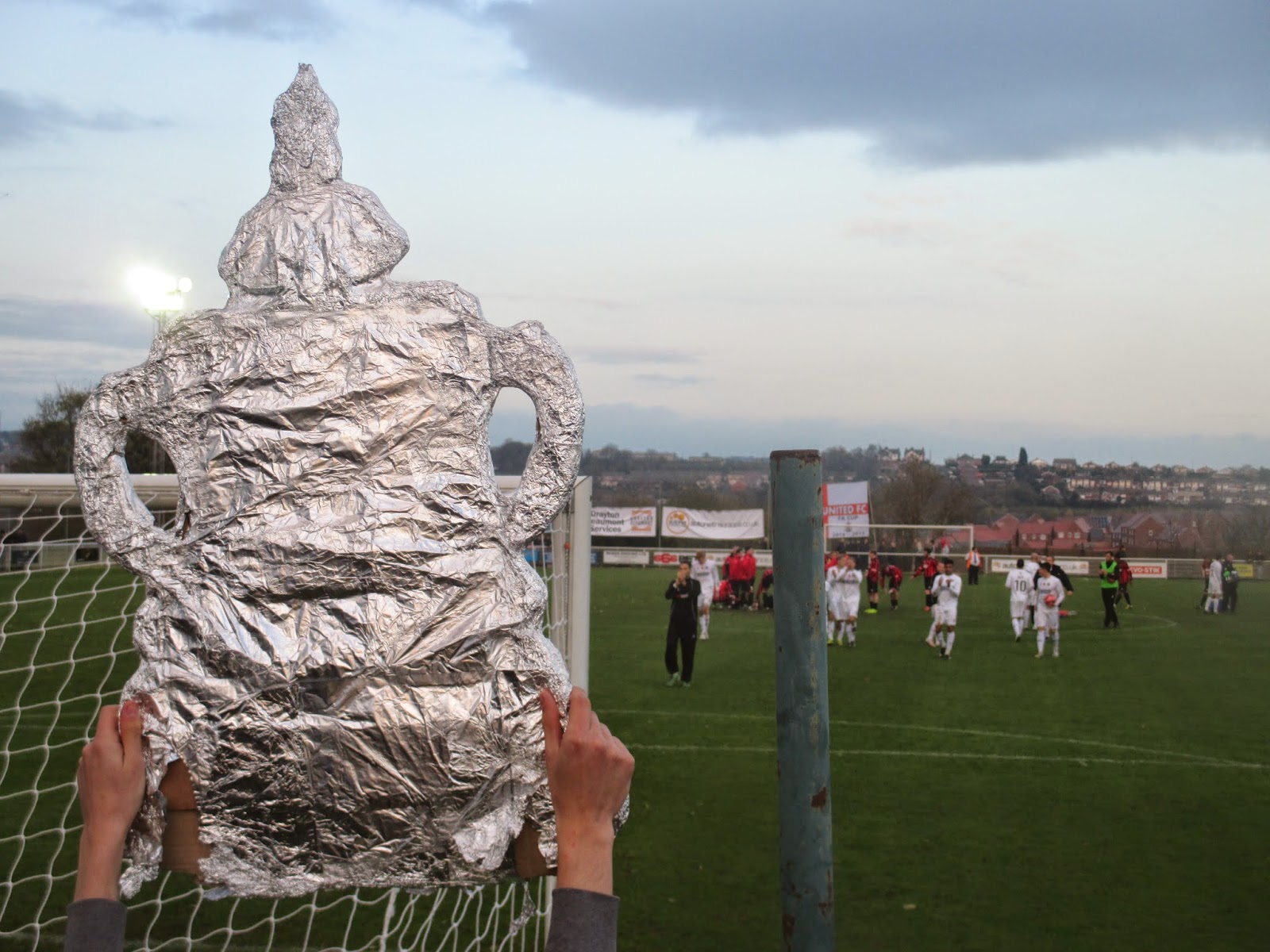 Another brilliant report and an interesting read about a team that we're unlikely to ever play again.