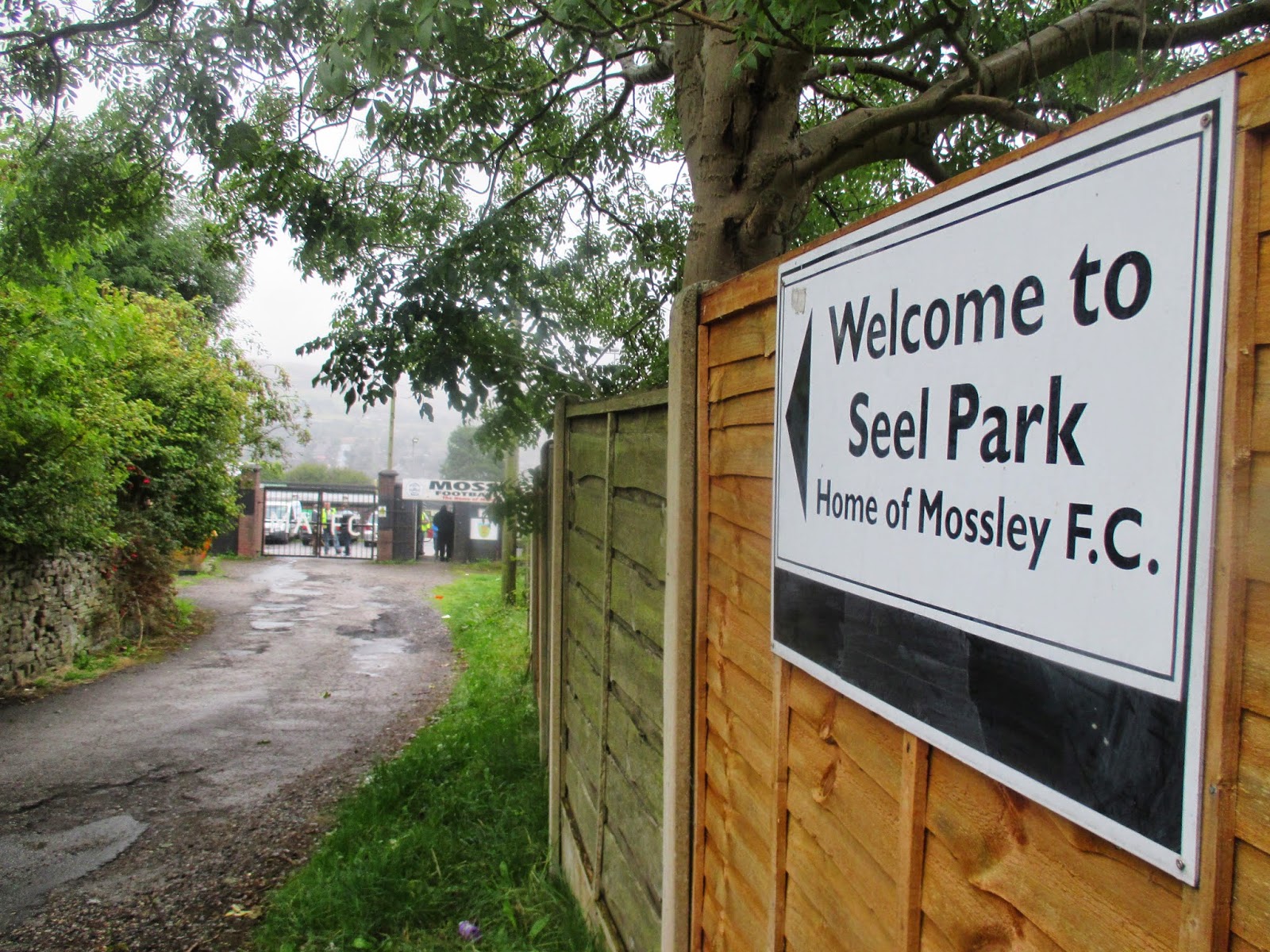 To mark this years ‘Non-League Day’ I picked out a northern ground off my “t’do list’ that I’ve been longing to visit for a while and at the top of the pile is Seel Park, the home of Mossley AFC.

Whereabouts and Whatsabouts
Mossley is a small town and civil parish in the upper Tame Valley in the foothills of the Pennines, found 3 miles north-east of Ashton-under-Lyne and just under 9 miles east of Manchester.
Mossley was divided between three counties, before becoming a borough in 1885. Brookbottom (Top Mossley) and Bottoms (Bottom Mossley) were in Lancashire and historically part of the old parish of Ashton. Milton, Quickedge and Roughtown were part of the West Riding of Yorkshire, while Micklehurst and the east of the River Tame was in Cheshire. The borough was part of Lancashire before becoming the Metropolitan Borough of Tameside in 1974.
The town name originates from the words “moss” meaning a boggy area and “lea” meaning a clearing in a wood. The area was once densely forested with wild animals such as boars roaming, until the trees were mostly felled and the hillsides used to graze sheep.
Mossley has been populated since the stone-age.An ancient road runs high along the eastern side of the valley above Micklehurst, and this was improved by the Romans, who put their stamp on the area by improving the road to travel between forts at Melandra and Castleshaw. They also added more roman roads linking the town to Stalybridge and nearby villages. 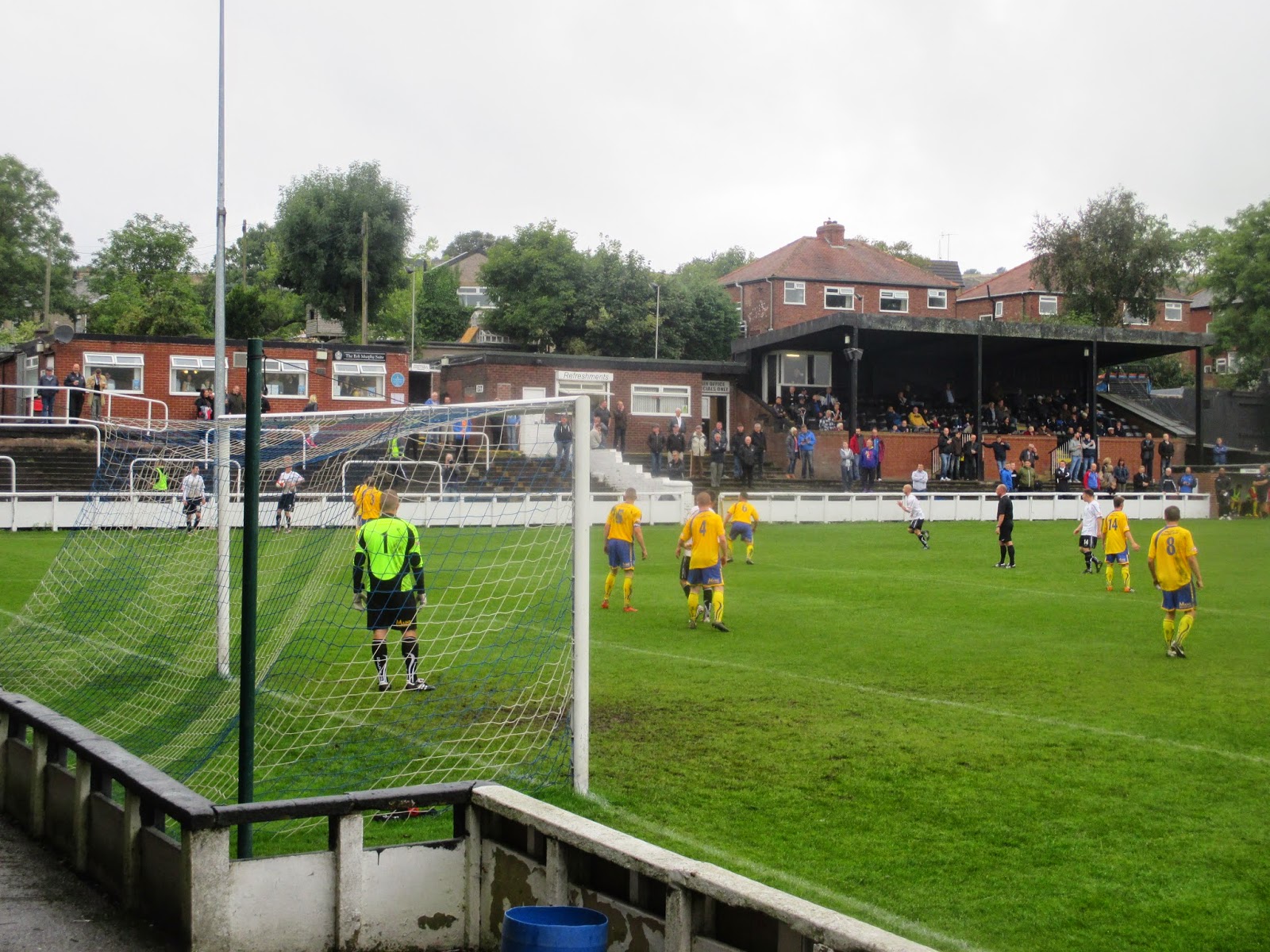 Plantpot History
Park Villa formed in 1903, after playing just one season in local competitions then changed their name to Mossley Juniors. They became Mossley AFC in 1909, playing in the Ashton & District League, which they won in 1914–15 to progress to the South East Lancashire League. During this era they also played in the Manchester Amateur League and the Lancashire Combination, before becoming founder members of the Cheshire County League in 1919.

Mossley never won the Cheshire League, their best season was in 1969–70 when they finished runners-up and also reached the 1st Round Proper of the FA Cup, narrowly losing in a replay to Stockport County. They also made it to the quarter finals of the inaugural FA Trophy going out to Southern League giants Barnet.
The Lilywhites were elected to the Northern Premier League in 1972, becoming a formidable force in the late 1970s and early eighties, winning successive League titles and finishing runners-up three seasons running. They also reached the FA Trophy final in 1980, but unluckily lost the final 2-1 to Dagenham in front of a 26,000 crowd at Wembley.
The club’s run of 23 years in the Northern Premier League came to an end in 1995 when they were relegated to the North West Counties League. The Lillywhites played eight seasons in the division, finishing runners-up to Clitheroe in the 2003-04 season to return to NPL in the Unibond Division One. Mossley were Champions in 2005-06  finishing two points above Fleetwood Town but were relegated the following year and have played in Division One North since. 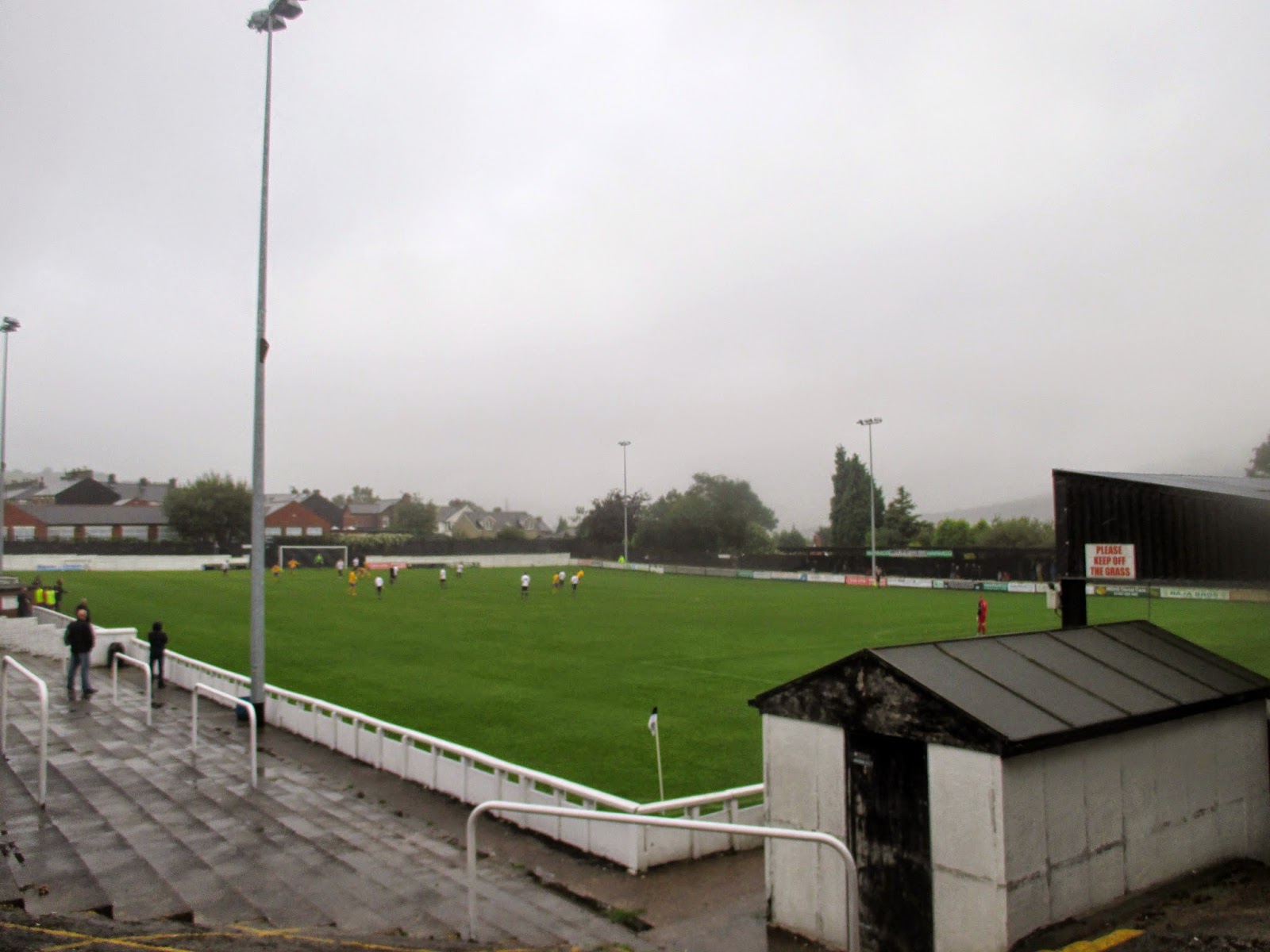 Seel Park is the fourth highest altitude stadium in English football. The ground is approximately 850 feet above sea level, with only Buxton, Tow Law Town and Bacup Borough standing higher.
Mossley moved from a farmers field at Luzley to a disuse cricket ground in 1912, which was christened Seel Fold. The ground’s first structures of a 430 capacity timber grandstand and dressing rooms which were built in 1920. By the following decade the ground had been renamed Seel Park, then in 1948 the football club bought the ground outright from Stamford Estates for a total sum of £1,200. The most popular viewing point spectator of the ground was the grass bank behind what is now the School End, which was levelled and replaced with hard standing in the 1990s.
The ground was sold to investors in 1988 to clear club debts and two years later it was purchased by Tameside MBC, who continue to lease it back to the football club. In late December 2009 two floodlight pylons collapsed and the other six were later condemned, so the club had to play home midweek fixtures at Ashton United's Hurst Cross ground. New floodlights were erected in time for the 2010–11 season.
The main stand was erected in 1968, having a black frame and 220 matching flip seats, built up with the access stairs at the front. There is a section of terracing with crash barriers at the ground entrance side which stretches across to the corner. At the top of the terrace are the club offices, the Bob Murphy hospitality suite, refreshment bar and a very nice clubhouse bar. Opposite there’s terracing running full length with a covered section in the centre.
The Park End is a classic looking covered terrace which can shelter 700 spectators and the opposite goal is open hard standing which runs around to meet the main stand.
The overall capacity is 4,000 people with total standing cover for 1,500. The record attendance is 7,000 for a derby match with Stalybridge Celtic in 1950. 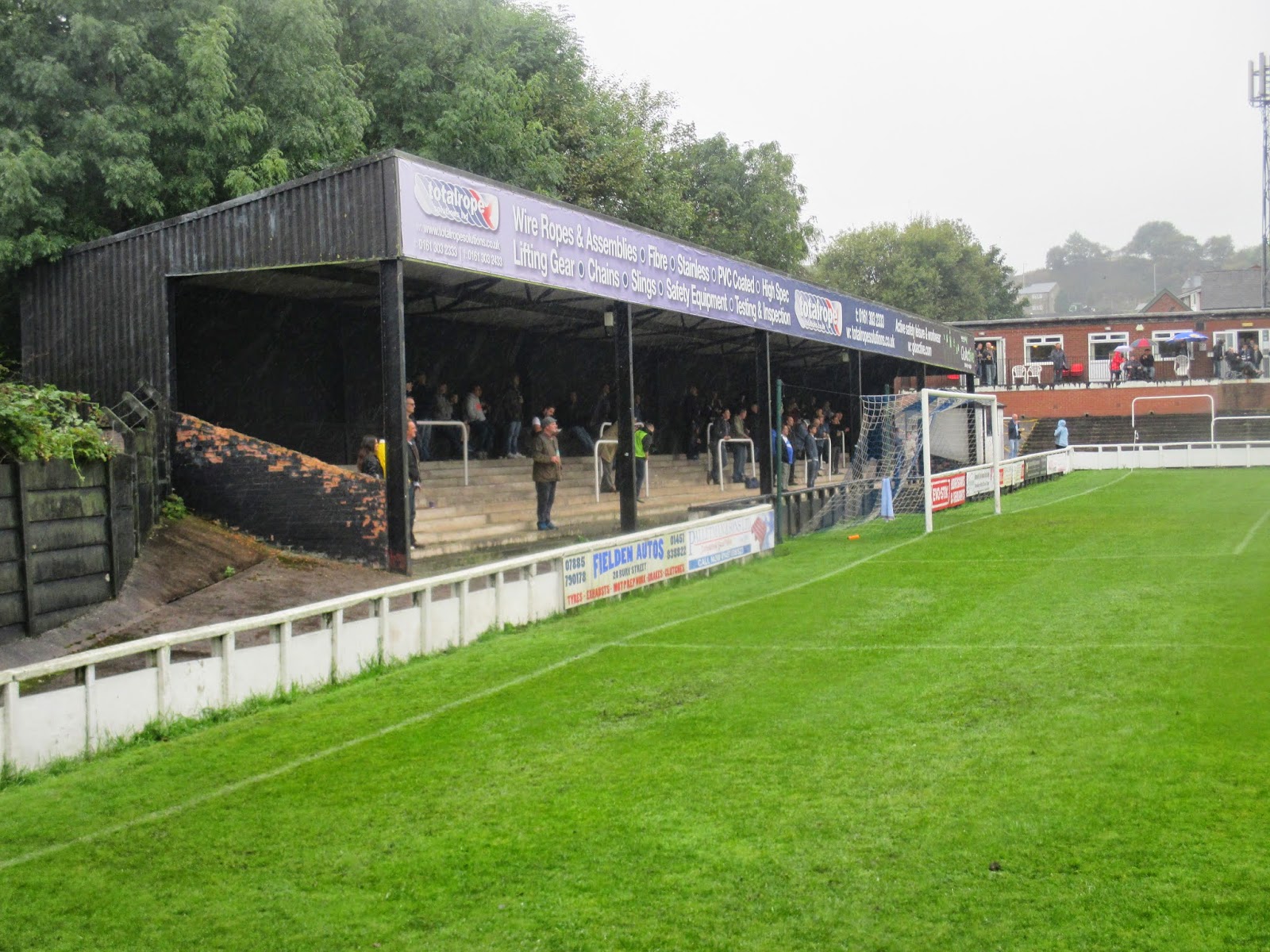 The Match
After a scrappy opening period it was the Lilywhites who bossed the second half to run out comfortable winners. They took the lead five minutes after the restart when Mitchell Bryant received a through ball on the left flank before cutting inside and producing a neat finish into the far corner. Two goals from Thomas Pratt in a five minute spell clinched the three points. The top bloke of the match did well to anticipate the defender’s back pass to quickly nip in and side foot home, before winning a penalty and stepping up to make no mistake from 12 yards. Mossley created further chances and but for some poor finishing they could have won this game more handsomely. 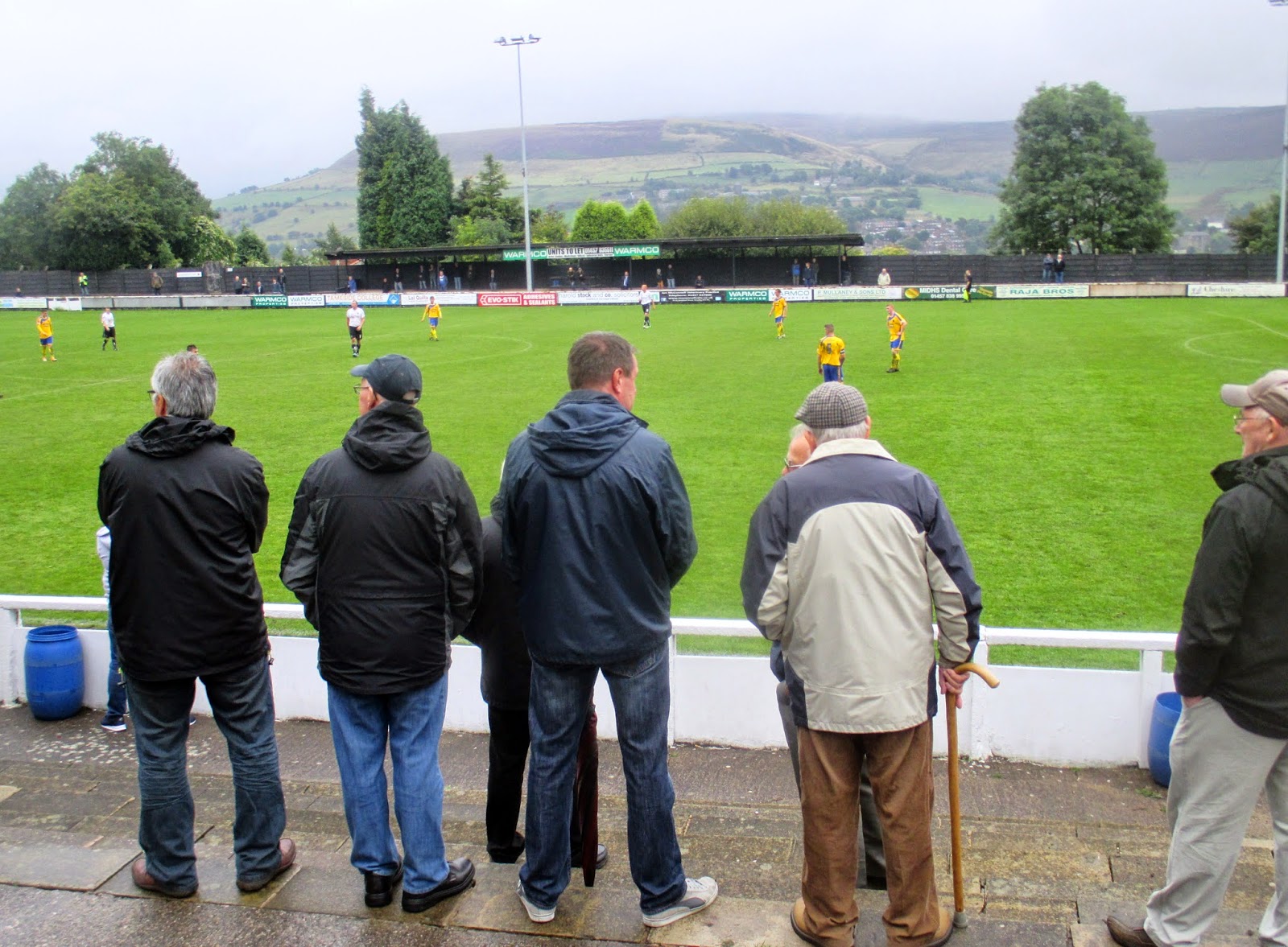 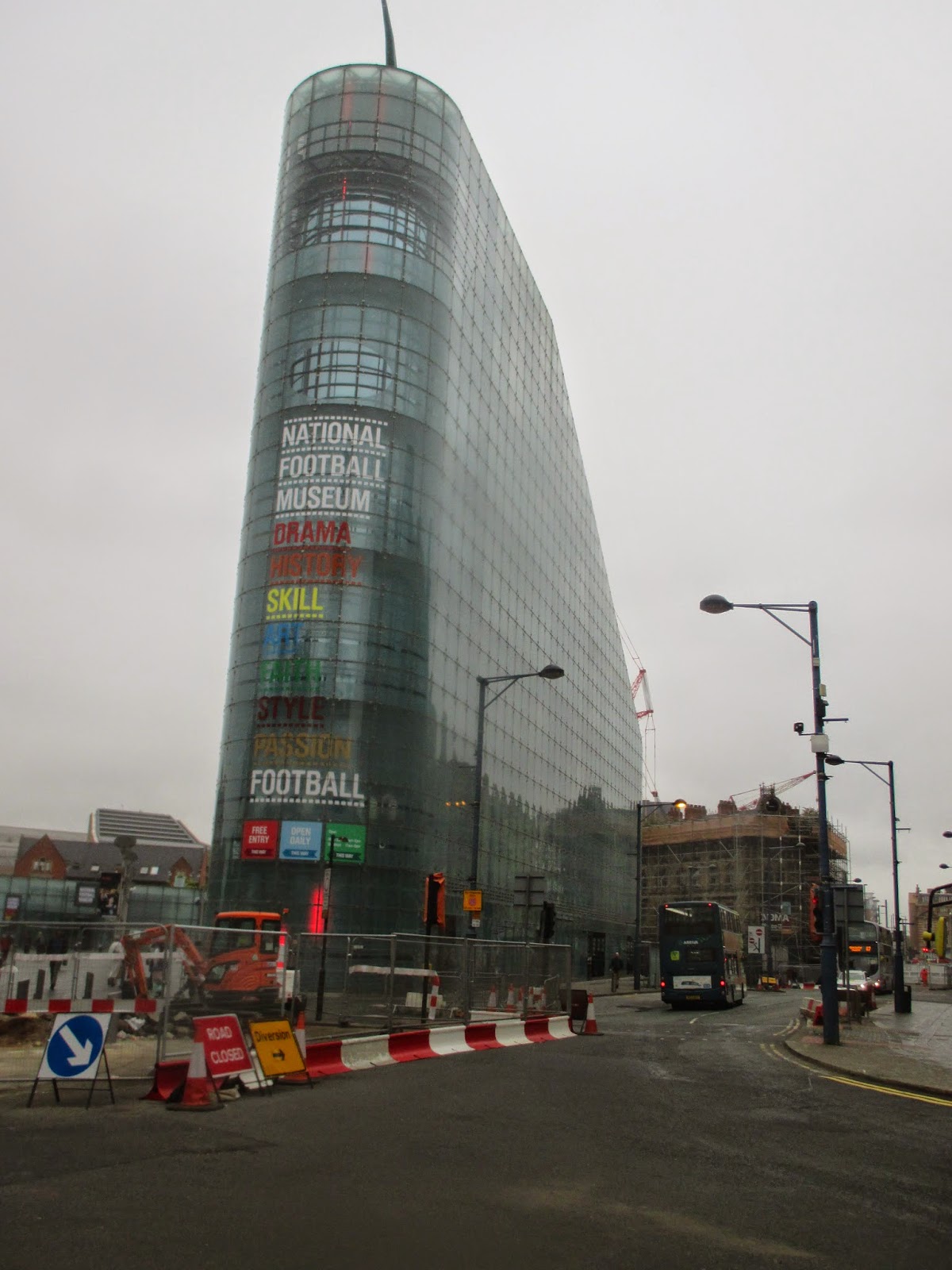 I arrived in Manchester at 9.40am with a busy schedule planned. My regular dozen readers will know the usual gubbins I get up to, so apart from the obvious I also visited the National Football Museum. I saw the exhibition when it resided at Preston North End’s Deepdale, but this was my first attendance at its new home. If you still haven’t been there before I can highly recommended it, not just so you can admire the splendour of the relocated Michael Jackson statue, but also the fabulous football memorabilia on show, plus it’ll keep you out of the pub for an hour.
Overall the train journey to Mossley via Stalybridge takes 25 minutes, so before swapping trains I spent over an hour there so I could tick off another ‘Spoons and visit the highly recommended Station Buffet Bar on the platform. I caught the 1412 for the short trip to Mossley, having another refreshment stop before the long climb up the hill to the ground.
A thoroughly enjoyable day, topped off with my visit to Seel Park, the classic non-league ground set within its picturesque backdrop was the perfect venue for this years Non-League Day. 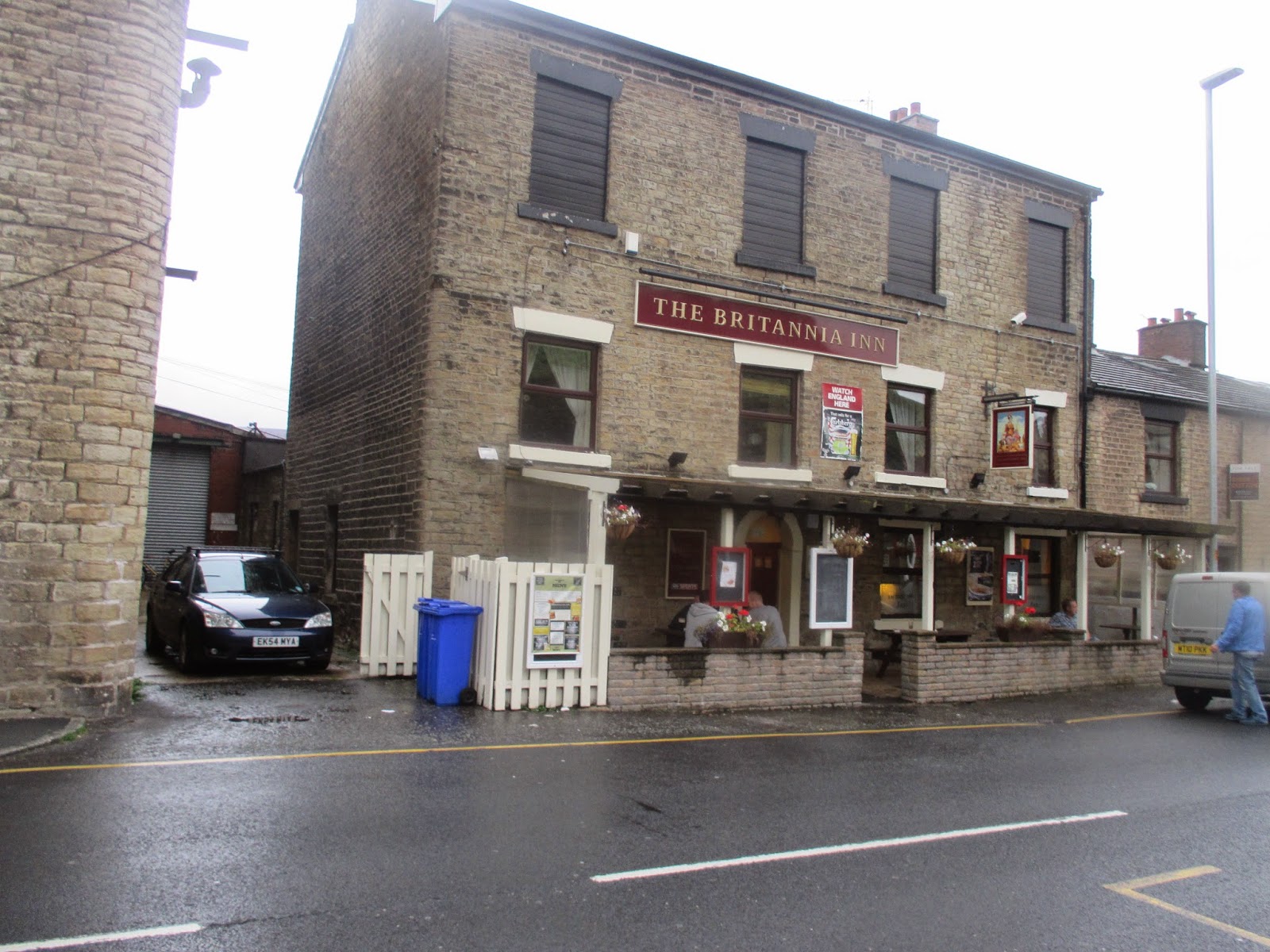 Lovely well written post, my home town club. I live in Canada now and miss Mossley a great deal. Thank you for the post.