Around The Alliance - part eleven

The latest in the series features clubs in the 1st Division as I took advantage of the Wednesday evening early season matches. 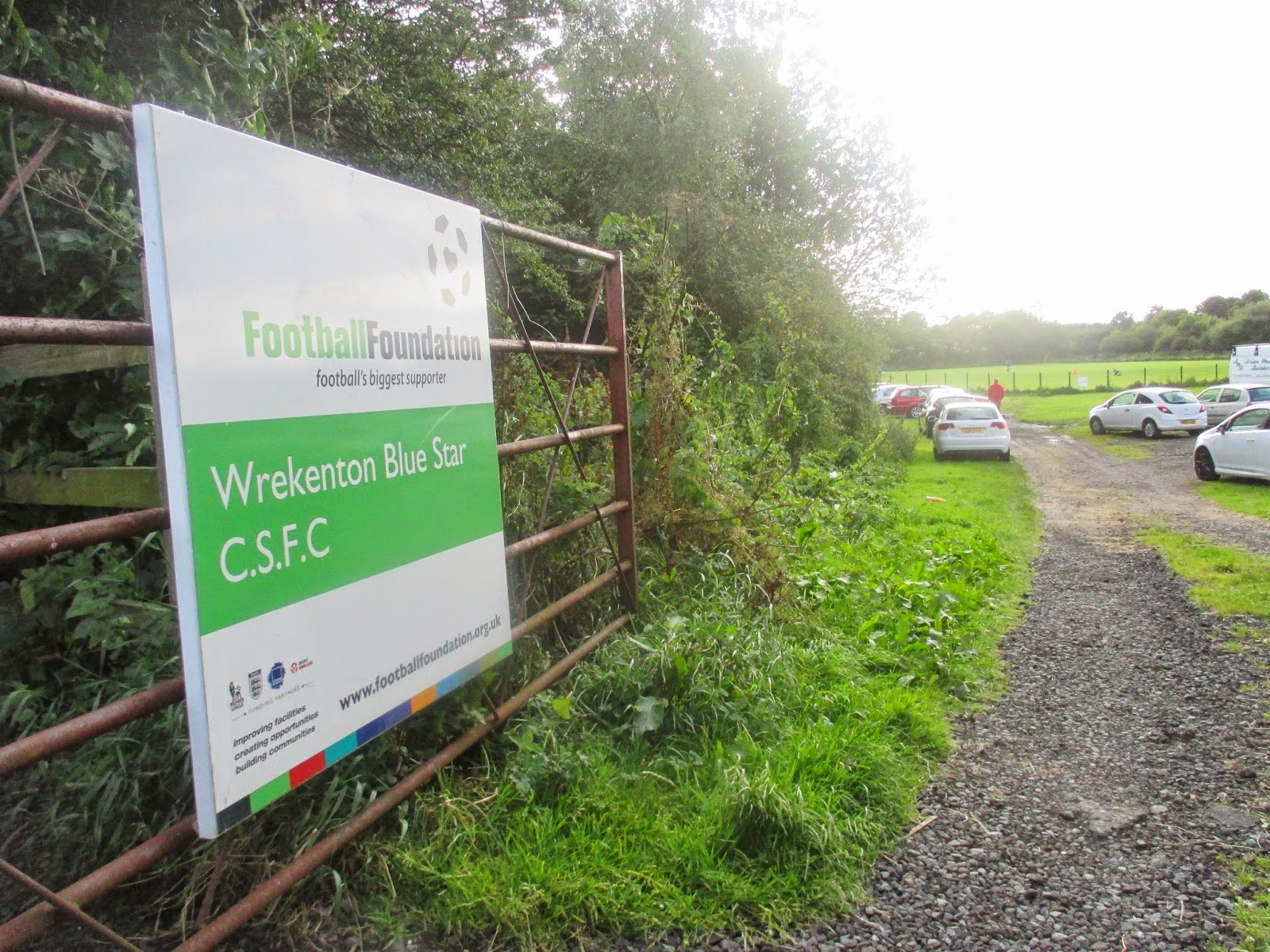 I visited Birtley St Joseph’s Welfare Ground at the end of last season and I declared that I would make a point of watching them again this year, as they are based just a ten minute drive away. Since then they’ve relocated to Eighton Banks at the home of Sunday League outfit Wrekenton Blue Star, so they moved even closer, just over a mile from door to door. The club will be renewing their lease in Birtley, but will be playing at Blue Star for a couple of seasons, although the newly formed development team are still using the facilities at the Welfare. The ground is found just off the Longbank in Back Lane, next to the village hall. The pitch is fully railed off with changing rooms & shower facilities and retractable dugouts. 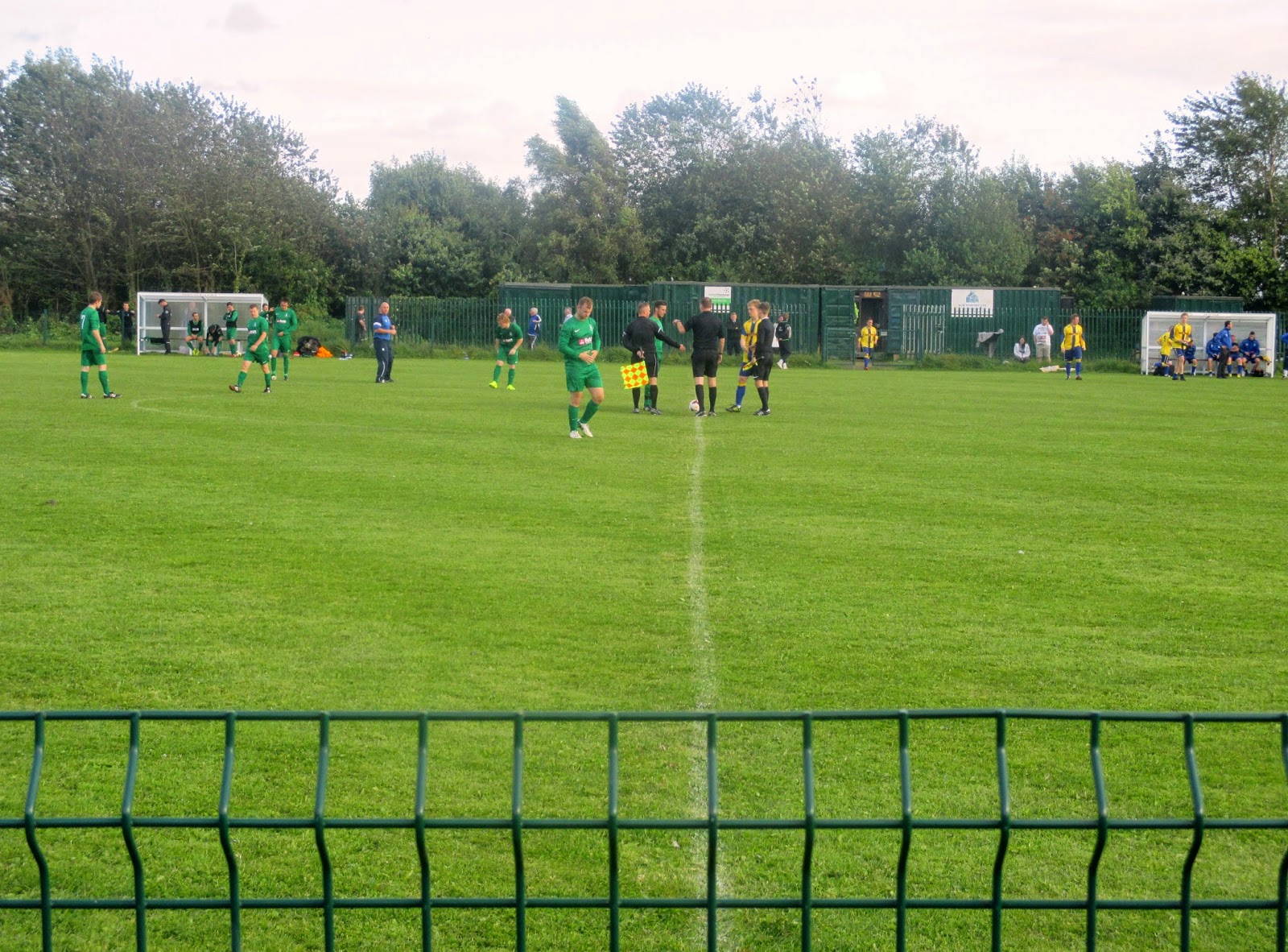 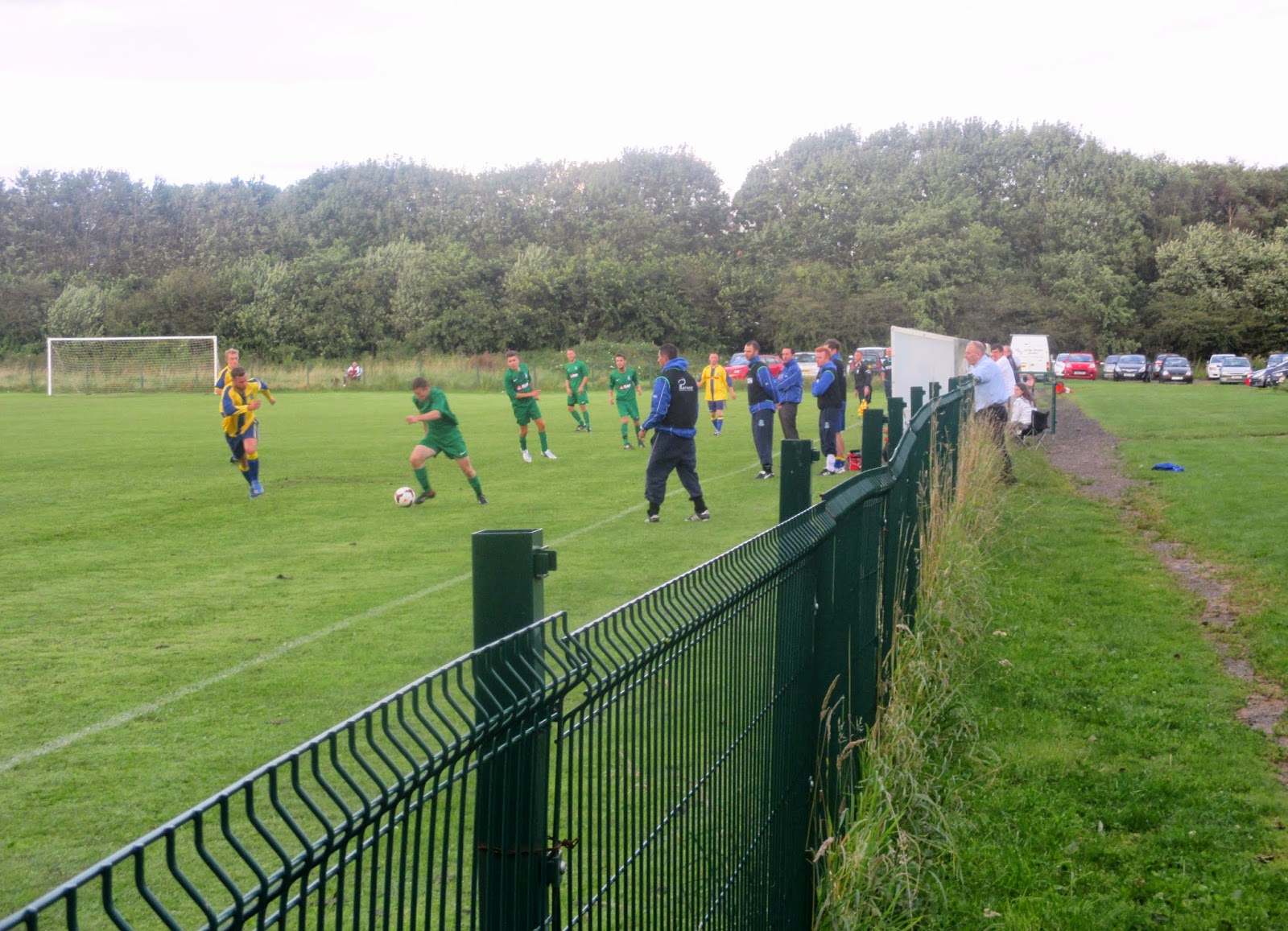 After a goalless first half it was the visitors who took the lead on 57 minutes when good wing play by the Cramlington Town number 8 set up Kevin Brown at the far post who prodded the ball home at the second attempt. St Joe’s were soon level when a penalty was awarded after a handball, the referee having no doubt this time after failing to award a spot kick for a similar incident in the first half. Tony Smith made no mistake from 12 yards, which seemed to gave his team mates a lift, as minutes later Ryan Moore came close to giving Birtley the lead with a shot which rattled the crossbar. This was the closest either team came to grabbing a winner and overall both teams would have been satisfied with a draw. 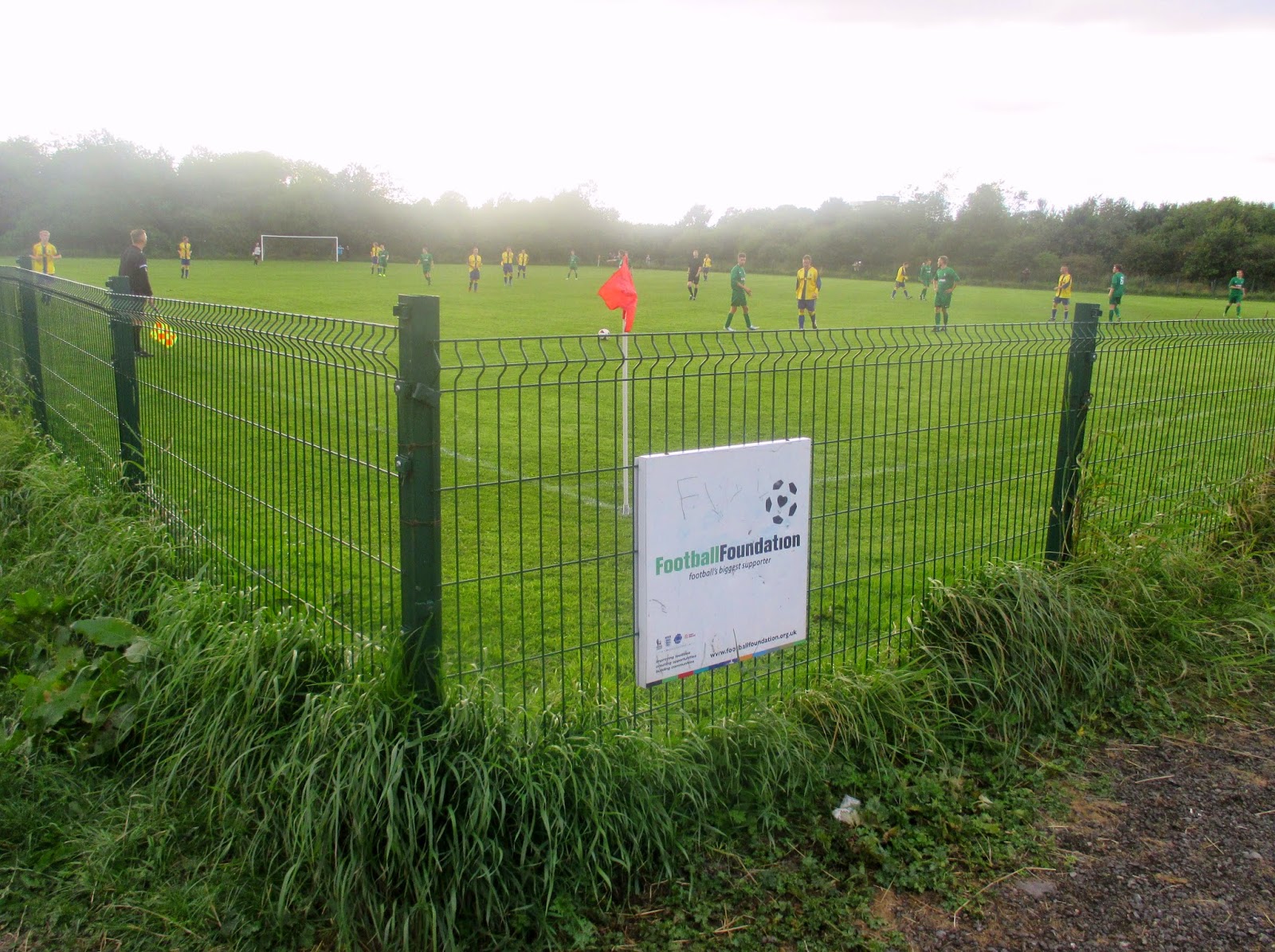 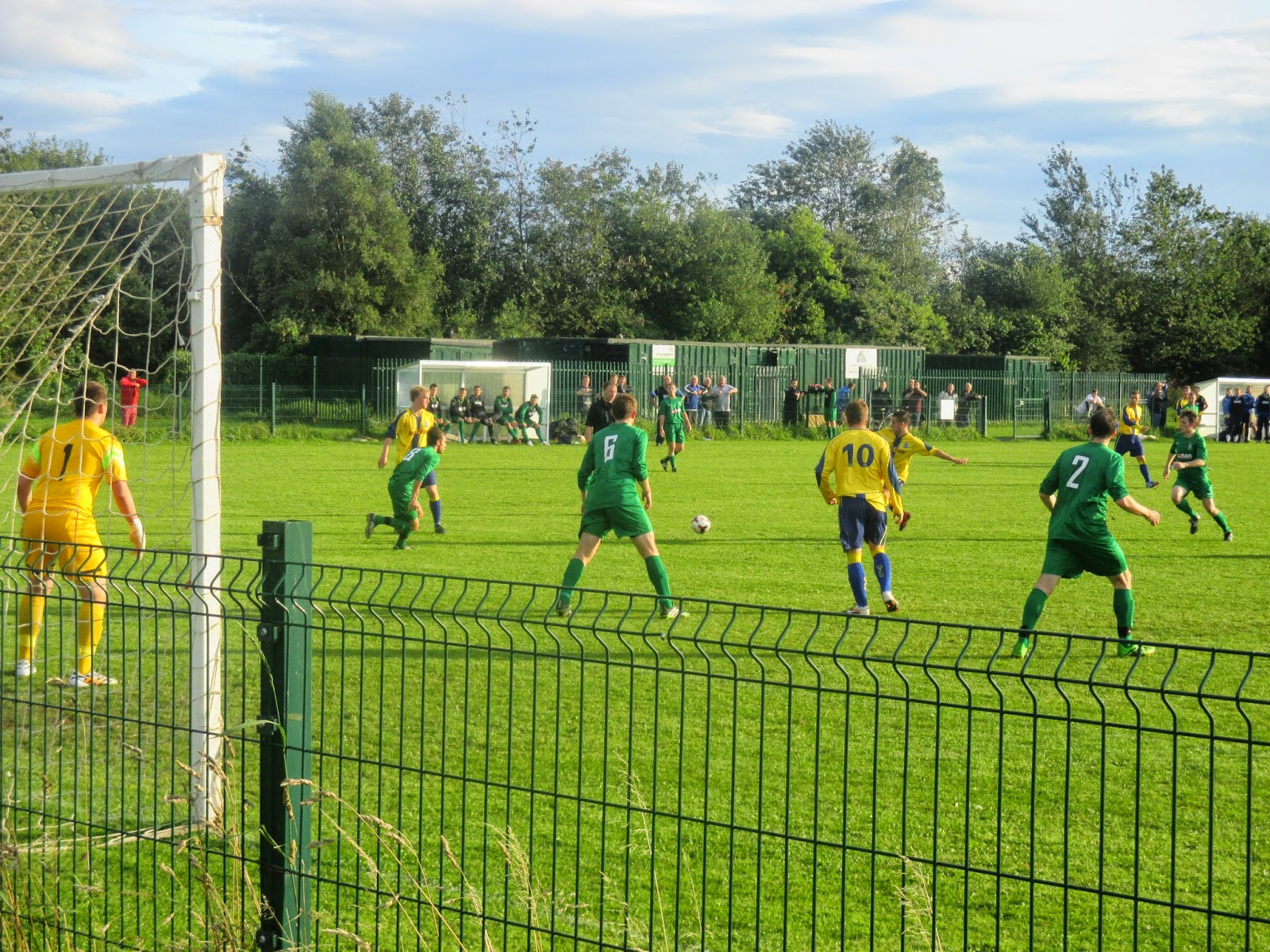 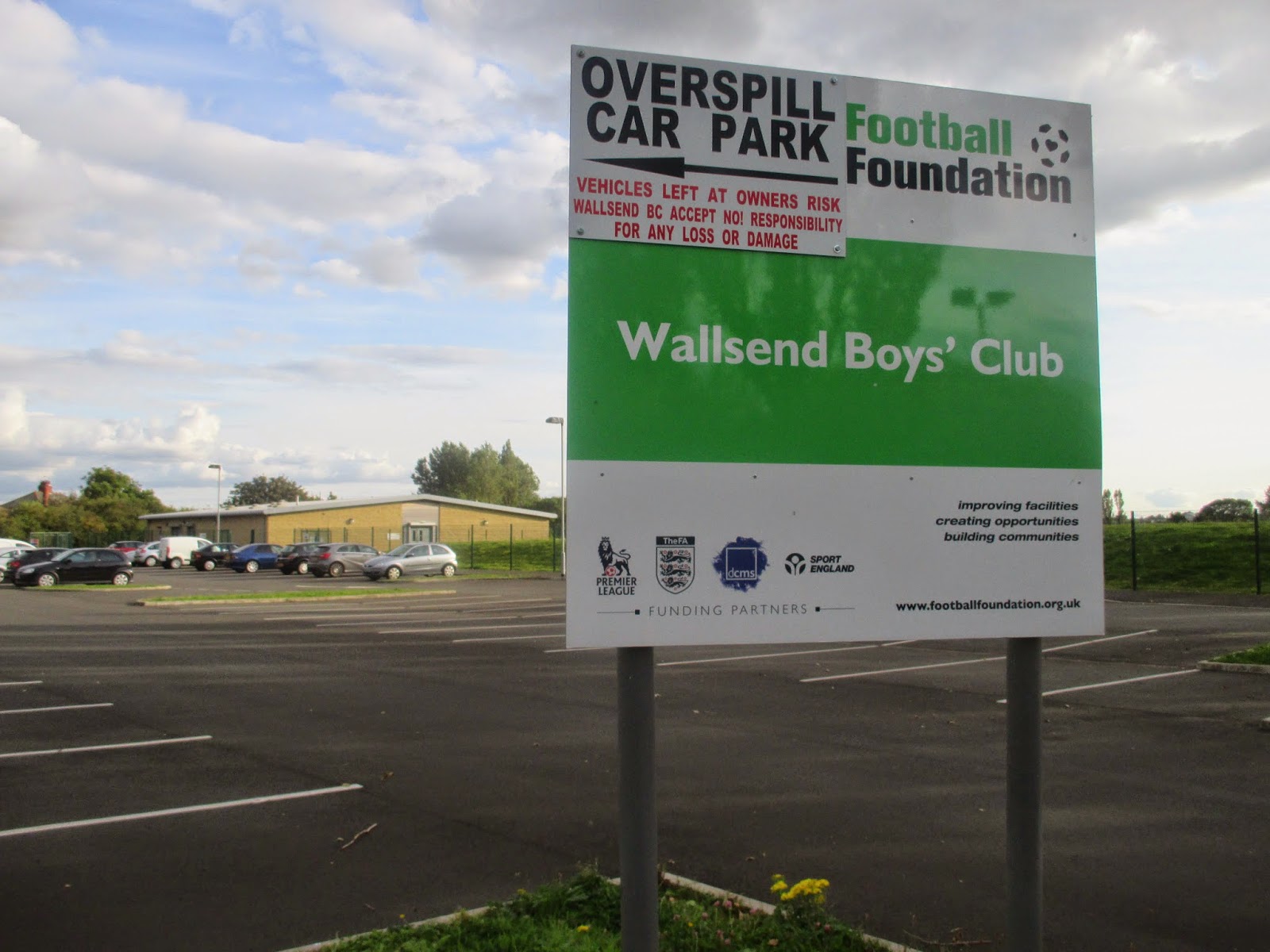 Wallsend Boys Club was founded in 1904 by the employees and directors of Swan Hunters Shipyard, providing recreational activities for the apprentices and young people in the area.The club is well renowned in the football world as being the breeding ground for the likes of Alan Shearer, Peter Beardsley, Michael Carrick and Steve Bruce, part of an endless list of 70 players who have gone on the play professionally.
The original club premises were a series of wooden huts on Station Road, erected by workers from the shipyard, which were destroyed by a fire and rebuilt in the mid-1960s.In 2008 the club was awarded the Freedom of the City of North Tyneside, in recognition of its community work, the deputy mayor describing the club as a "factory line of talent" The club opened its first football centre in June 2011, funded by grants of £850,000 from the Football Foundation, £150,000 from The FA and £301,000 from North Tyneside Council. The club also raised £114,000 towards the scheme, which is situated next to Wallsend Sports Centre at Bigges Main. The ground is found off Shields Road on the Walkerville and Wallsend border, along the end of Rheydt Avenue, having a spacious car park and club pavillion at the entrance. The complex has eight various sized football pitches, with the senior side using the pitch at the front which is fully railed apart from gaps left for the dugouts to be added at a later date. The original Station Road headquarters has now been demolished following high winds in January 2012  which damaged the main building. 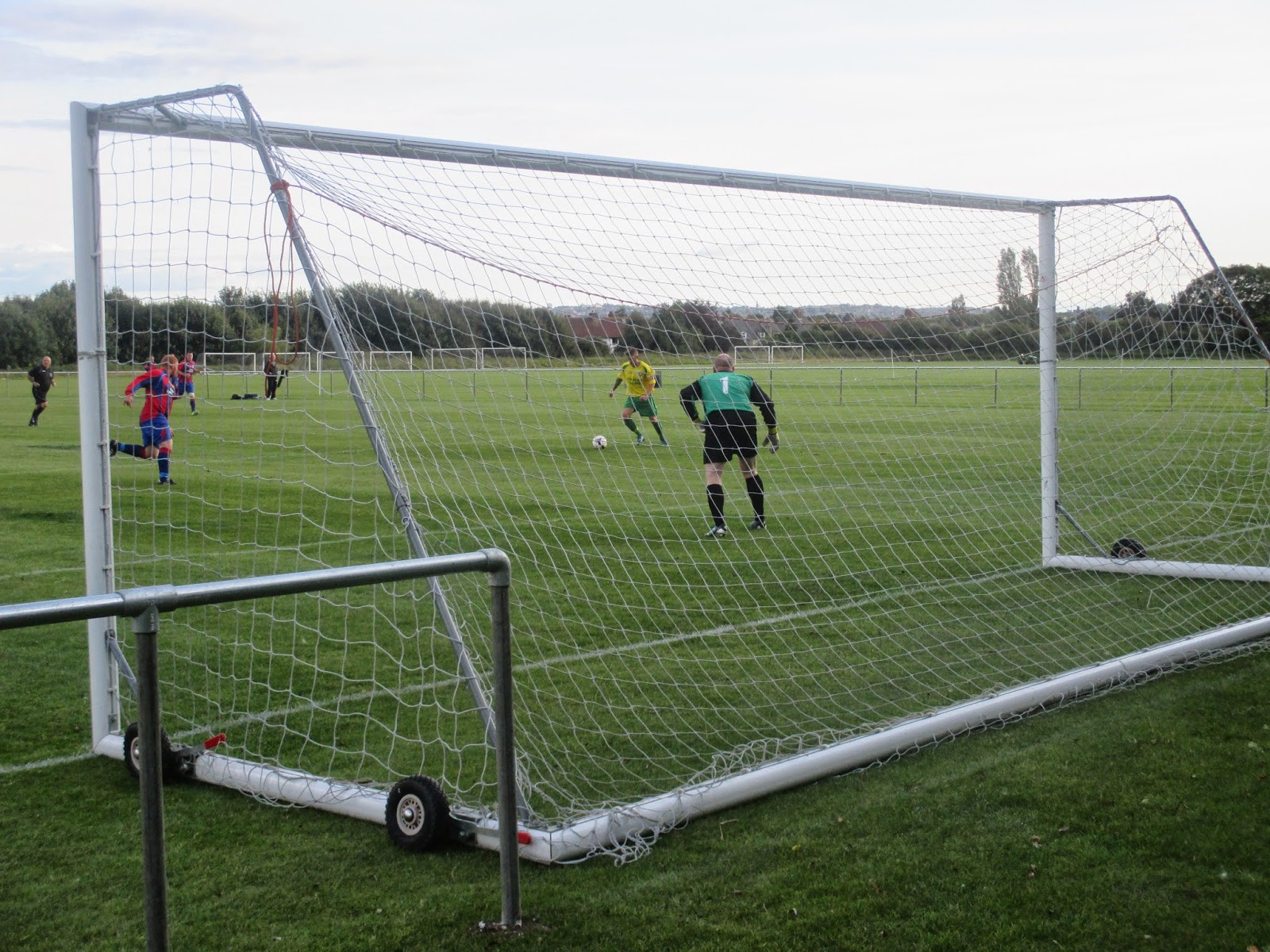 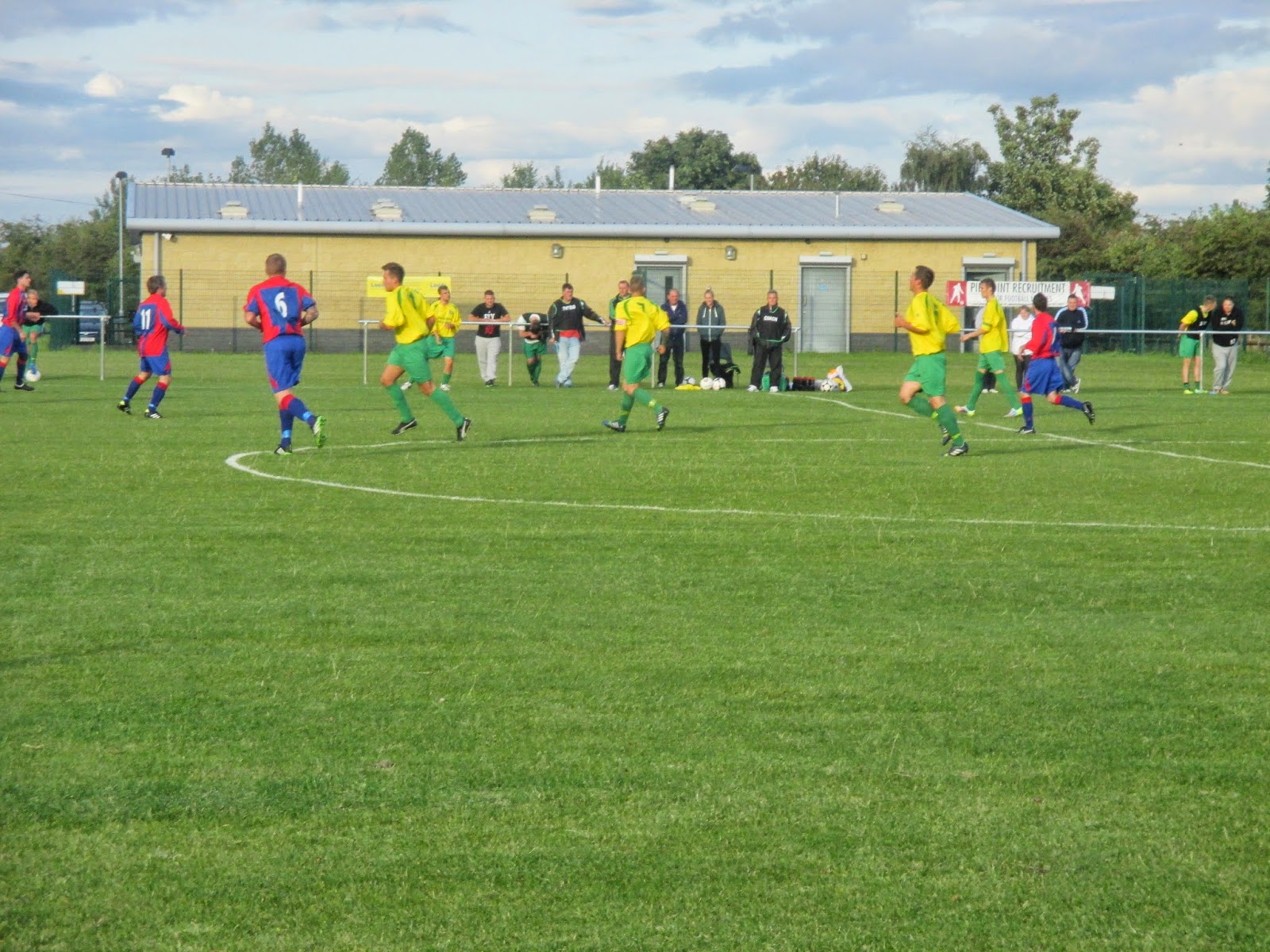 The senior team joined the Northern Alliance Division Two in 2007-08 and finished third last season behind champions Blyth Isabella, their opponents for this evening fixture. The match was action packed throughout. With just over a minute gone Jordan Robertson ran onto a through ball before lobbing the ‘keeper to give Wallsend the lead, before he outpaced the Blyth defence and picked out Nicky Whitelaw to double the advantage on 26 minutes. Robertson also grabbed this second three minutes later followed by a tidy finish by Alex Nisbet, which meant the game was over as a contest after only 36 minutes.
Whitelaw took advantage of some more slack defending to grab his second before a rare foray into the Wallsend penalty area, saw a spot-kick awarded to the visitors after an off the ball push. Christen Priest dispatched the penalty to make it 5-1 at the break.
In the second half the Boys Club added three more to the tally, with impressive work rate and good finishes by substitutes Chrissy Brennan and Michael Starkie, sandwiched in between with Whitelaw completing his hat-trick with an easy tap in from a corner kick. Apart from bagging eight goals they also hit the crossbar four times in the second half so the final score could have been well into double figures. 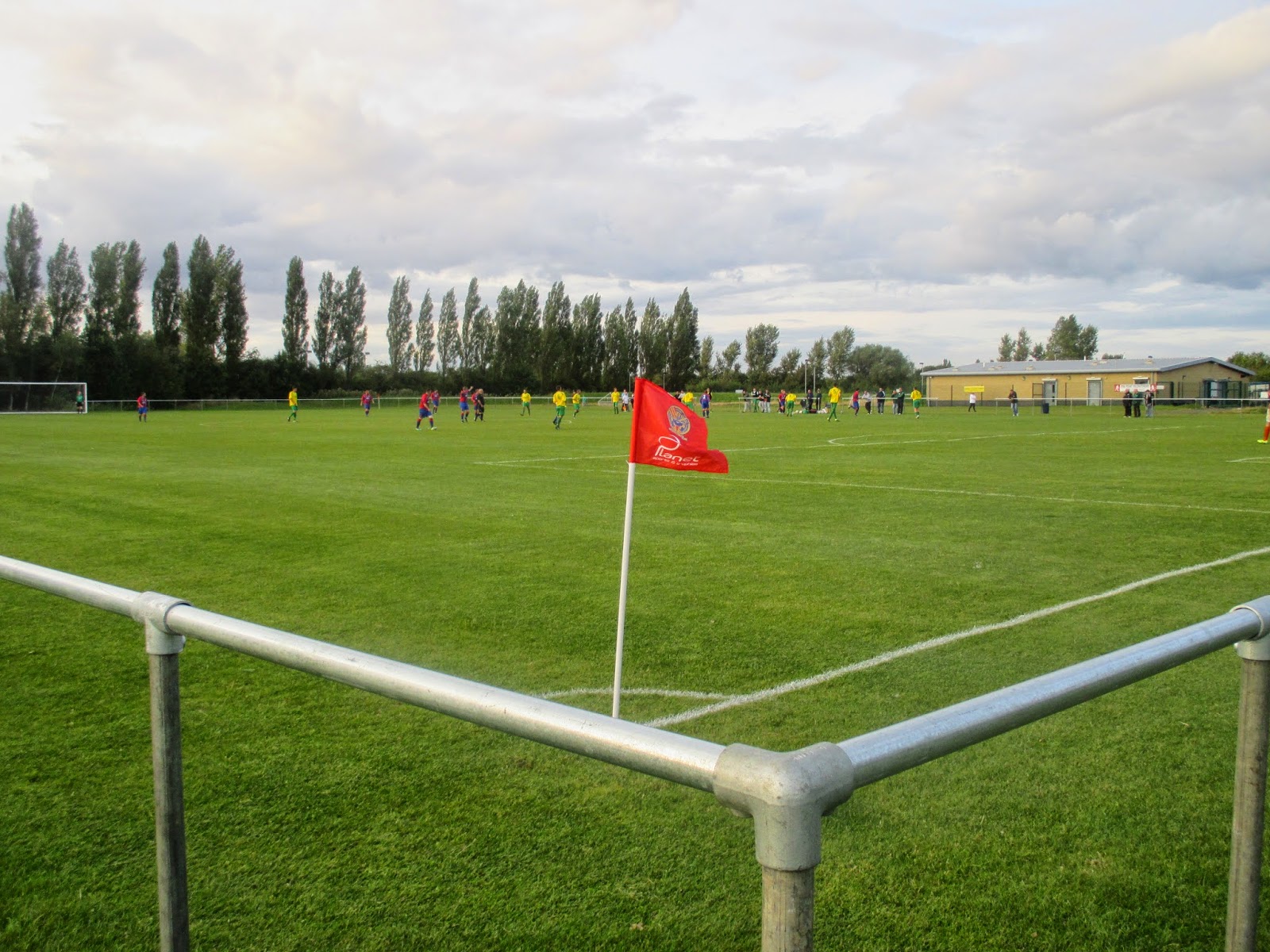 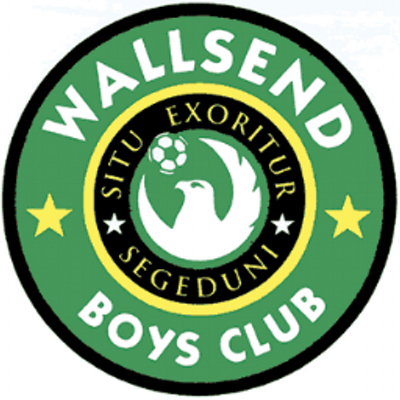 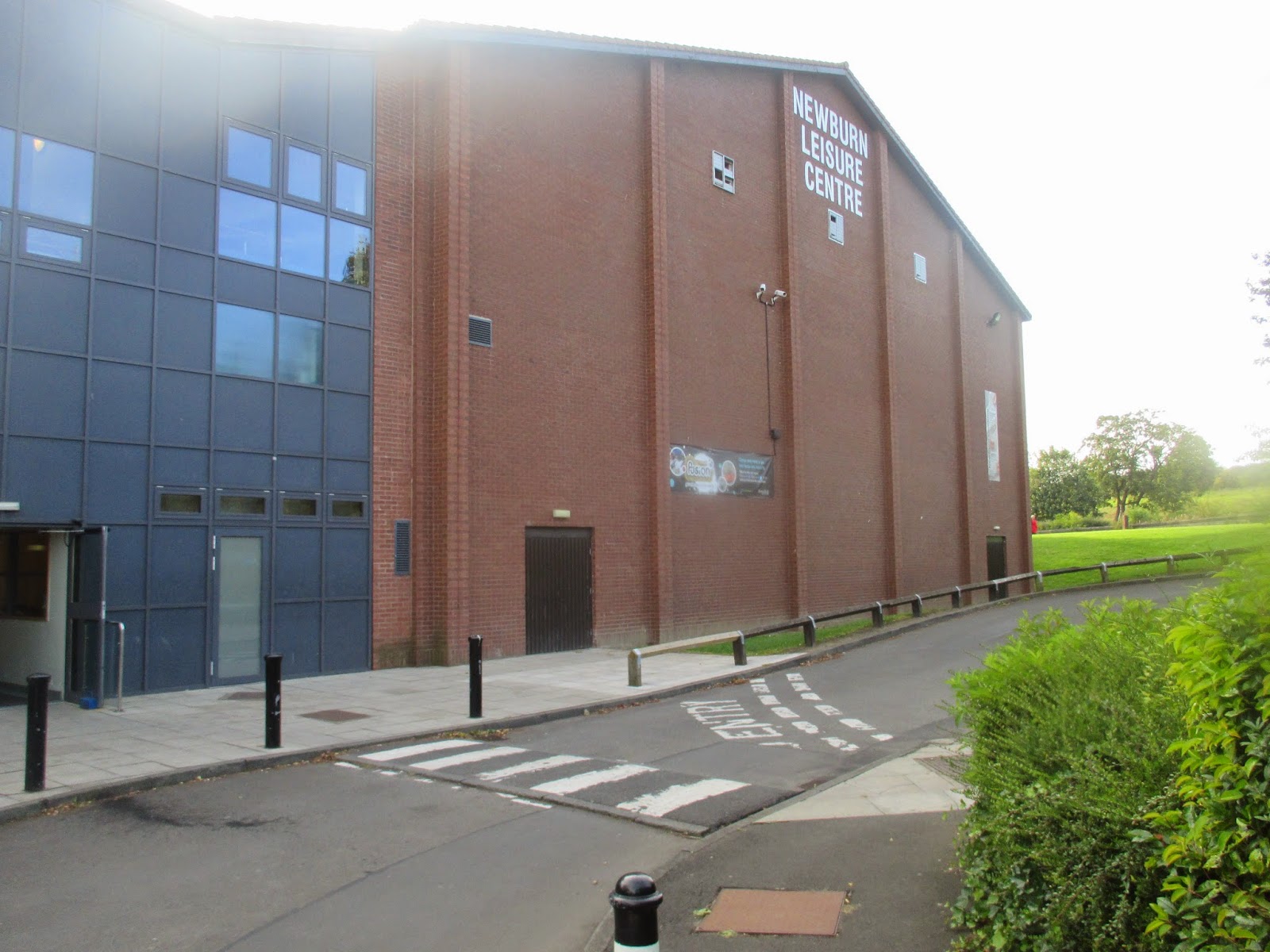 Heddon moved from Bullocksteads to Newburn Leisure Centre a few seasons back. I visited Heddon at their former ground back in 2008 which you can read here. Since then the club have been relegated and this is their fifth season in the First Division.
Newburn is a semi rural village on the north banks of the River Tyne, approximately 5 miles west of Newcastle city centre. The Newburn Leisure Centre is found at the far end of the village next to The Keelman, the home of the Big Lamp Brewery, one of my favourite local beer makers. The centre has several pitches with Heddon using the roped off bottom pitch with the changing facilities at the back of the leisure centre facing the ground. 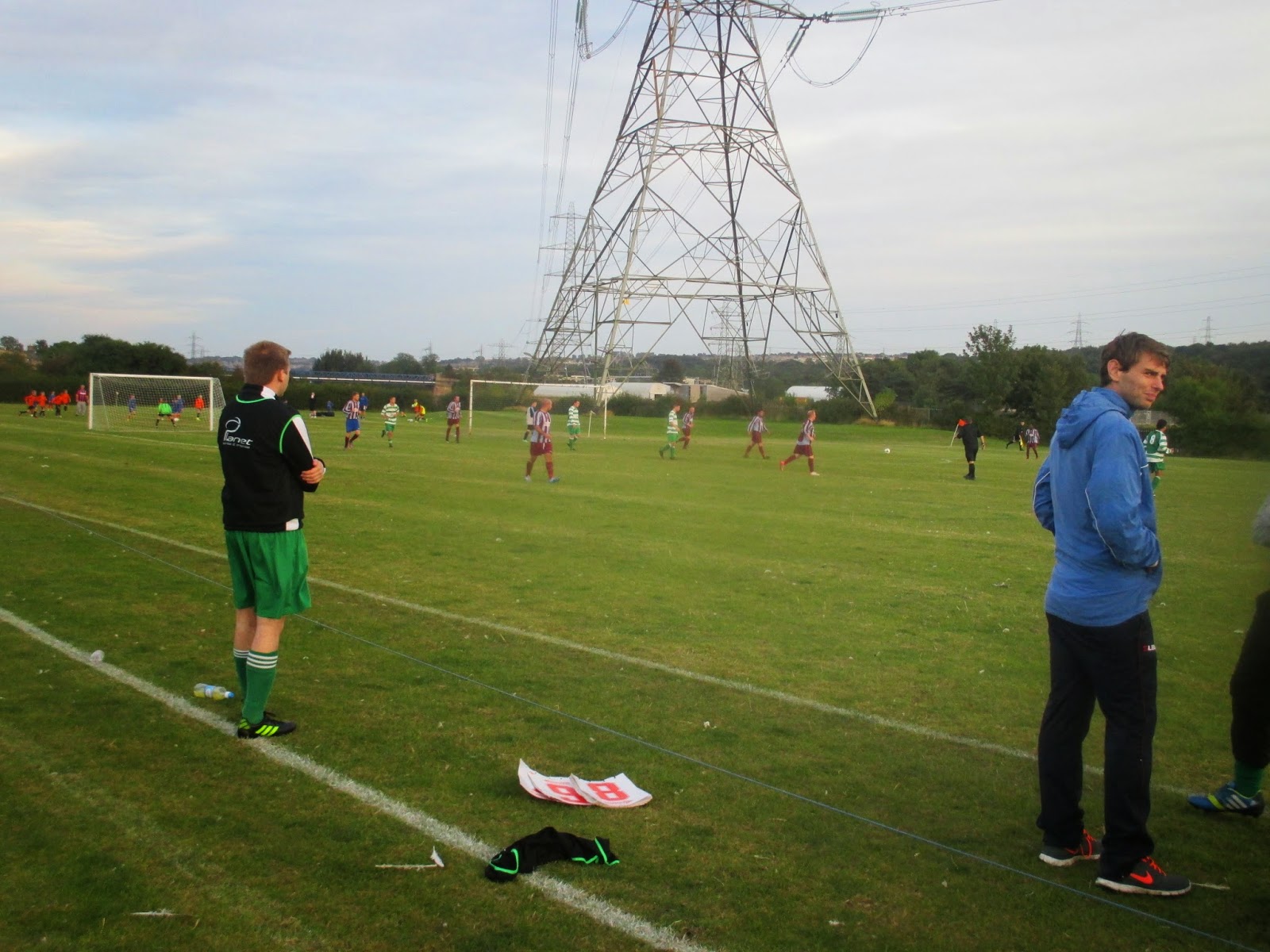 A five minute hat-trick from Paul Fradgley clinched a much needed win for Heddon against struggling Hexham. The visitors took the lead after half an hour with an overlapping run and shot from full back Steven Coates and looked well in control as the game reached the last quarter. I watched the match with Big Andy from Hexham, and I said to him that I fancied his local team to grab a late second to seal the win. Apologies to Hexham for giving them the kiss of death because a minute after my prediction, Fradgley ran onto a through ball and showed some great skill to tee himself up for a shot, firing in at the far post, then two minutes later he came up with an even better strike with a cracking finish from the edge of the box.
Hexham responded immediately but Lewis Loughead’s penalty kick was saved and they were instantly punished, as Fradgley completed his hat trick running onto a threaded pass before another tidy finish. Between the 71st and 76th minutes there had been three goals and a missed penalty and Fradgley wasn’t done, as he bagged his fourth of the night in the last minute to round of a great individual performance. 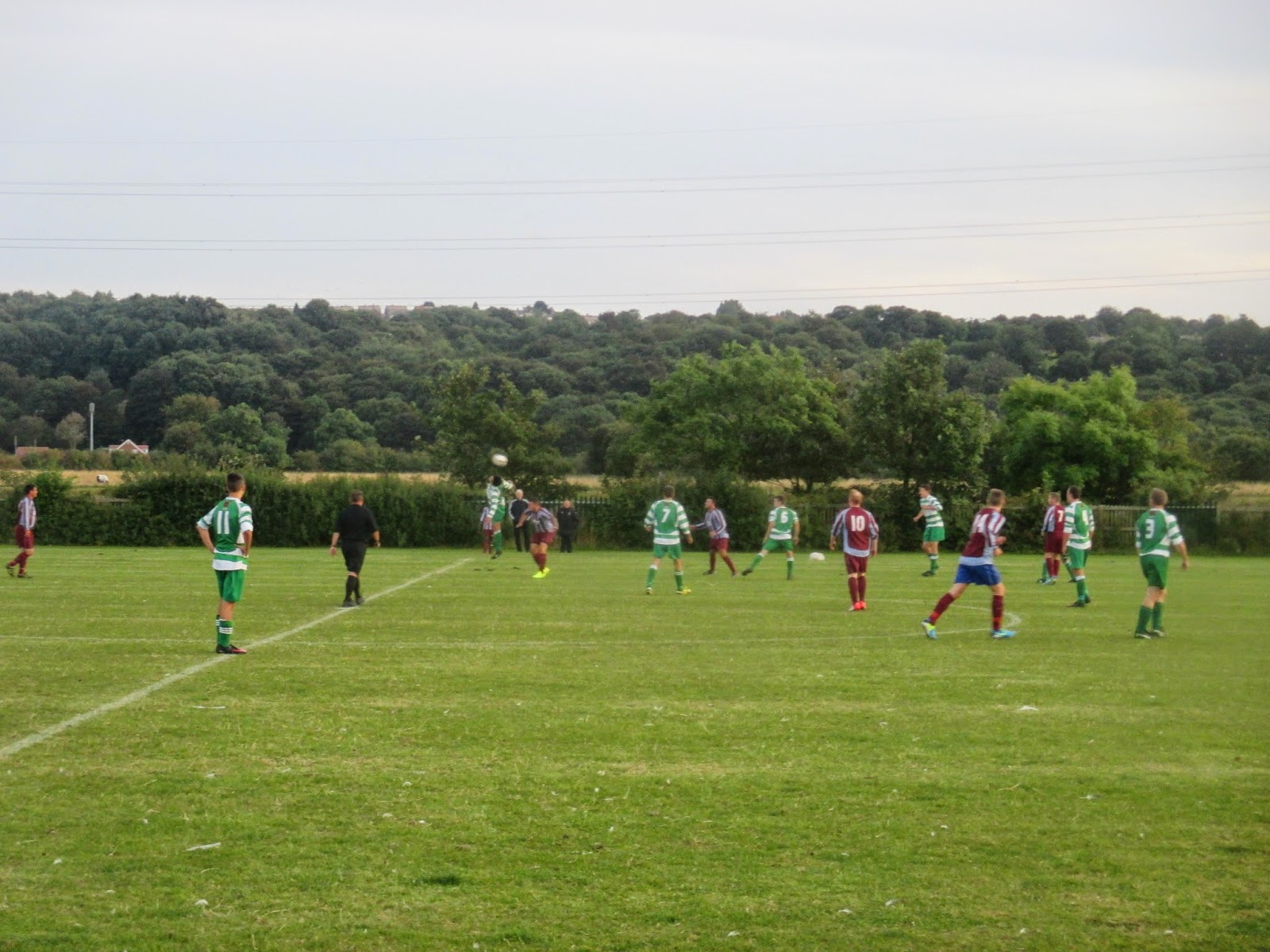 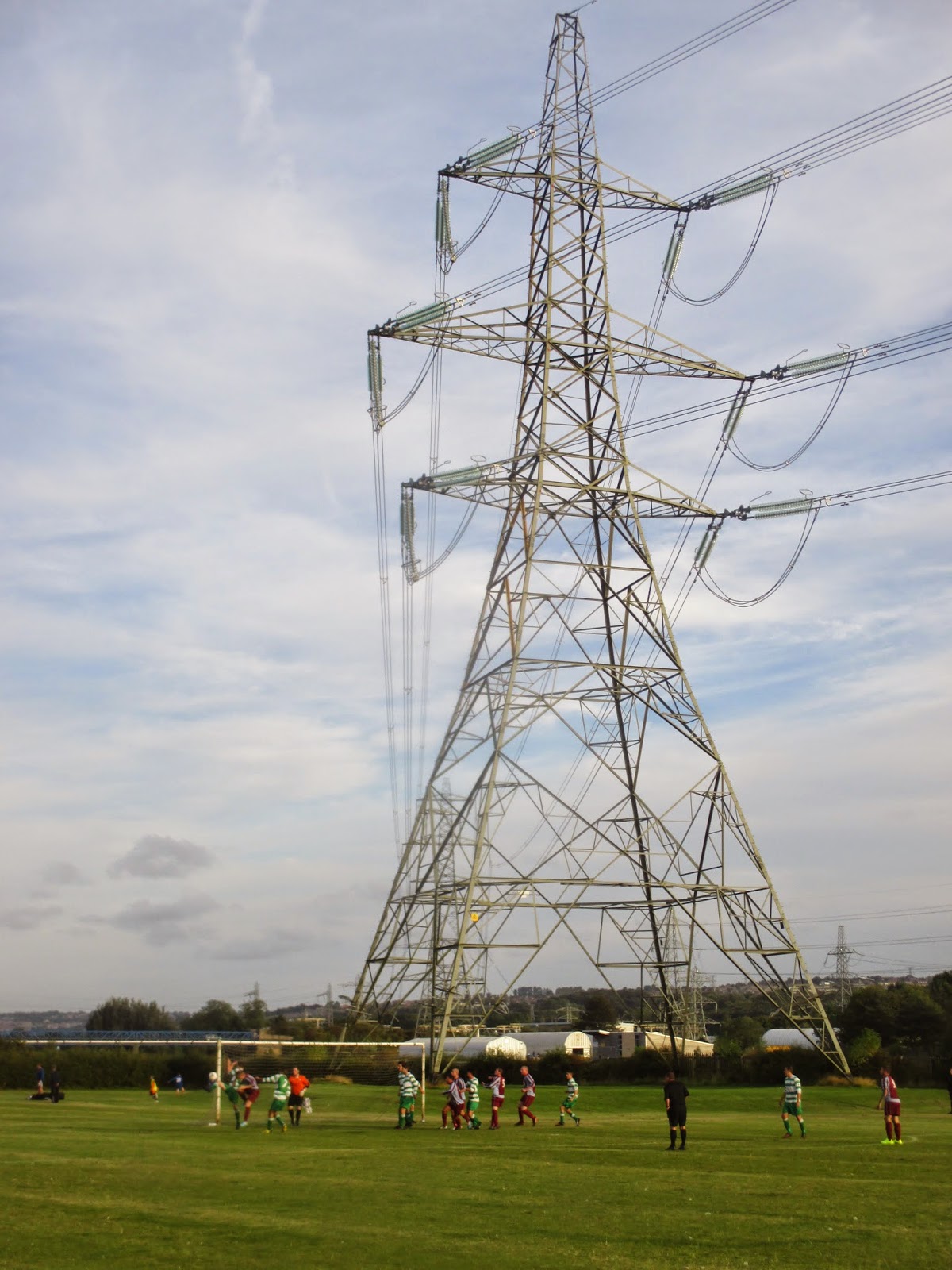 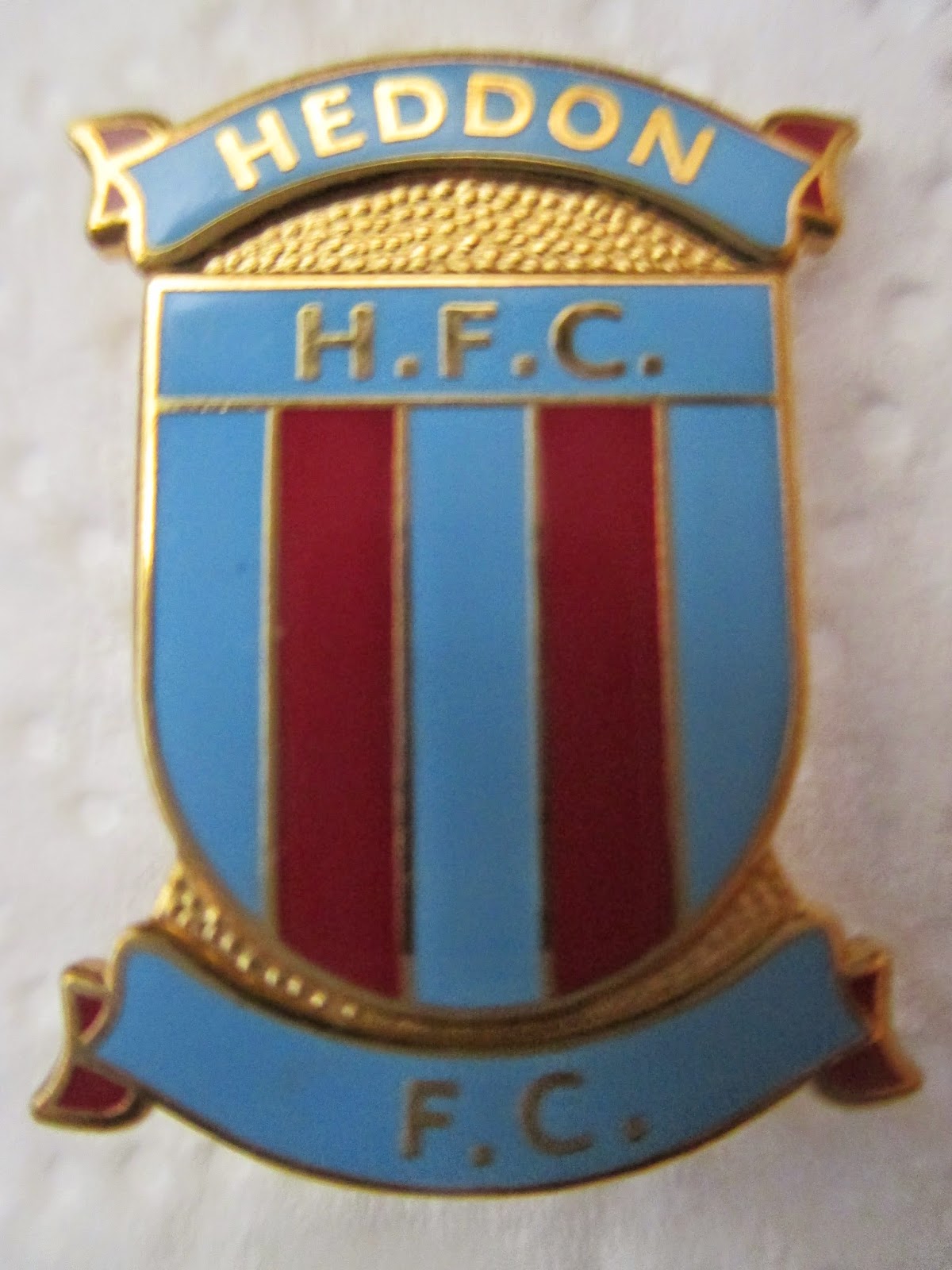 Links -
Heddon at Bulloksteads - Around The Alliance - part two