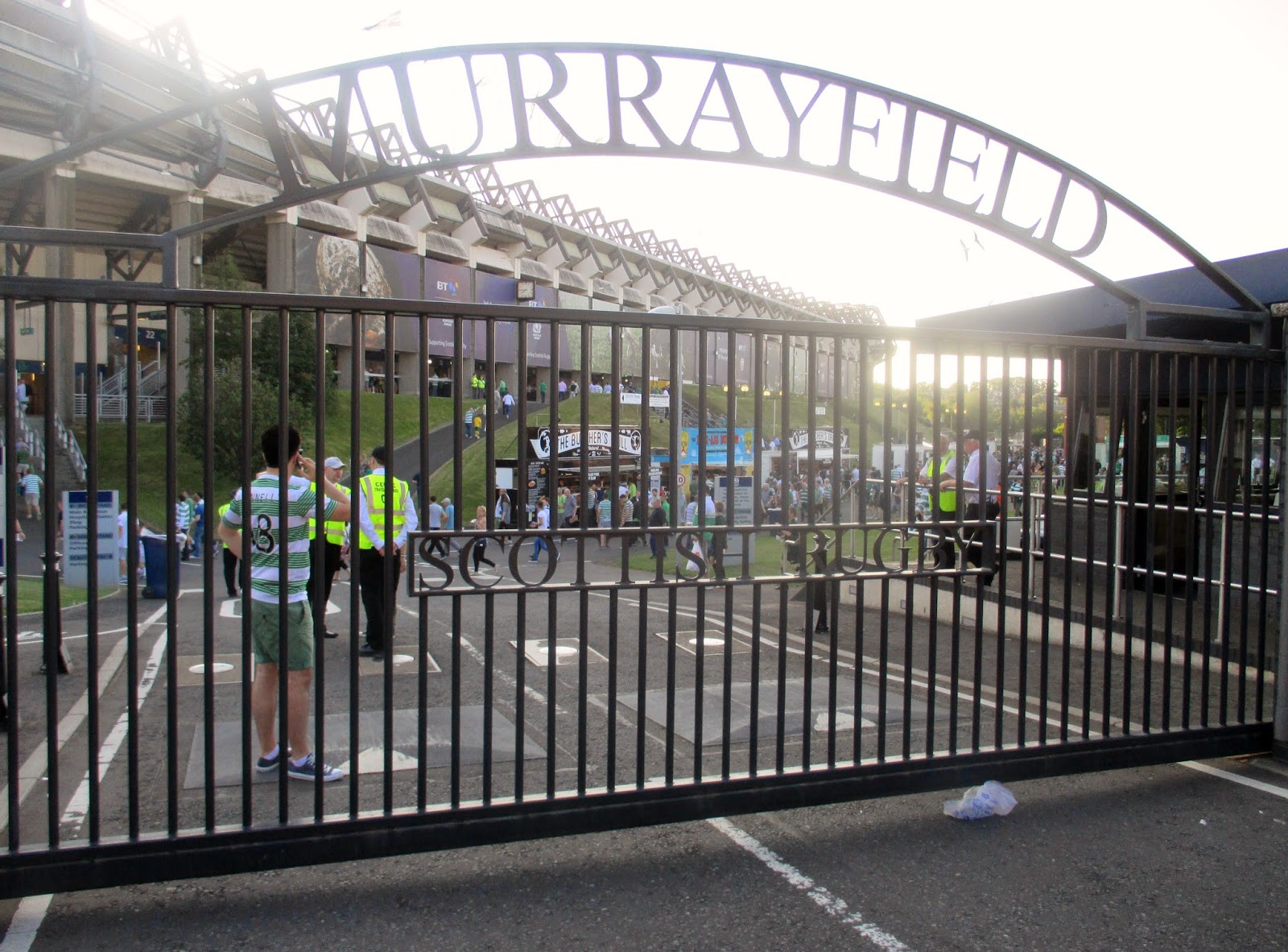 Due to Glasgow hosting the 2014 Commonwealth Games, which includes the use of Celtic Park for the event, Celtic relocated east to Edinburgh for three possible UEFA Champions League qualifying ties, switching to a stadium that is home to the egg shaped ball.
Murrayfield is the home of the Scottish Rugby Union, located in the west end of Edinburgh. Scotland played internationals in Inverleith until the SRU bought some land and built the first Murrayfield, which was opened on the 21st March 1925. During the Second World War the ground was taken over by the Royal Army Service Corps and used as a supply depot, however  the armed forces sports authorities arranged two internationals between Scotland and England services each year, on a home-and-away basis. 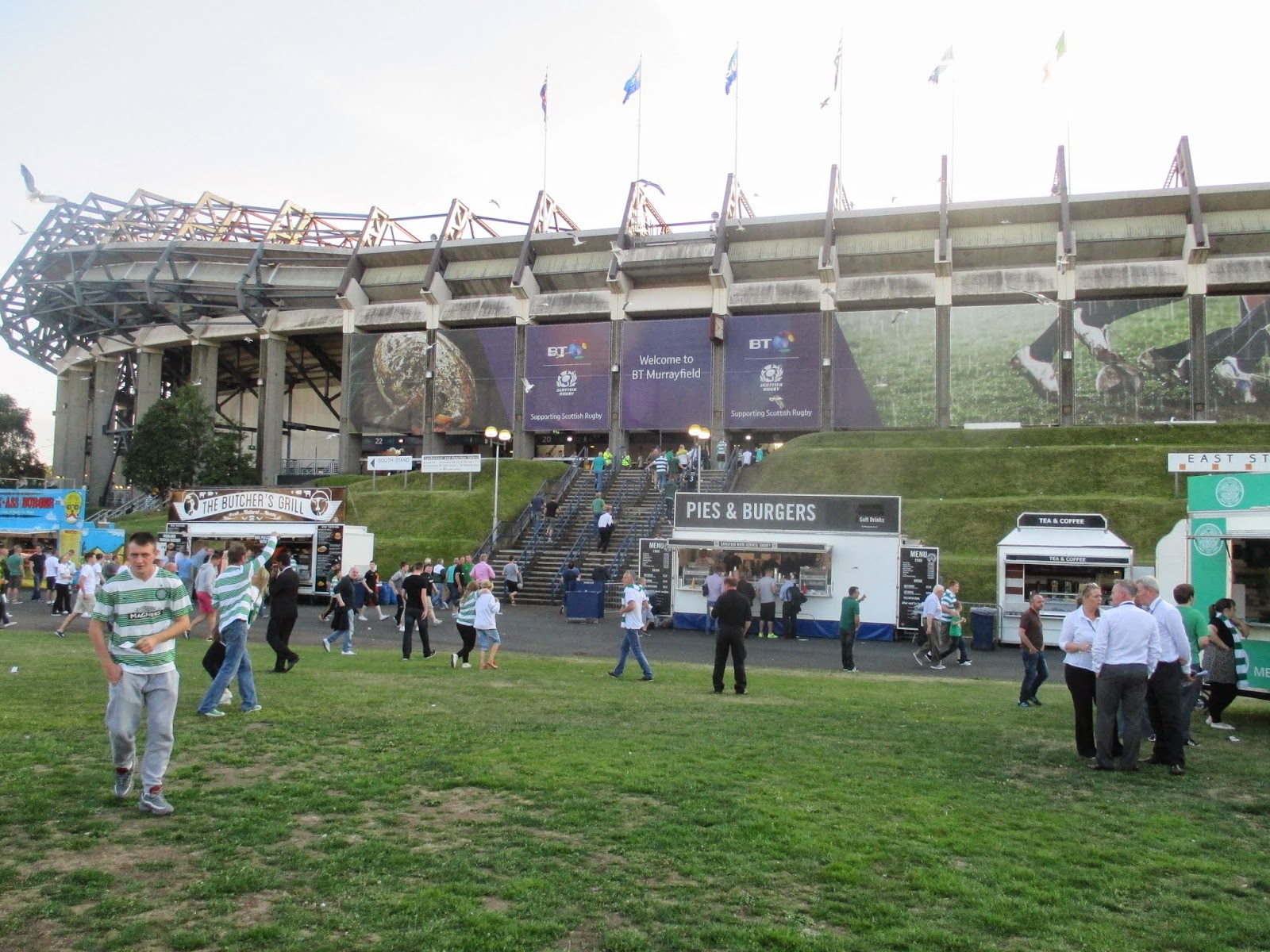 In 1994 the stadium was renovated as a cost of £50m which included installing floodlights for the first time.Murrayfield also has the largest permanent big screens in the country, which reduced the capacity from 67,800 to 67,144, though it remains the largest in Scotland and the sixth biggest capacity stadium in the UK.
The main stand is on the west side, being the largest end, with a much bigger bottom tier which is set further back centrally. The west stand is also further away from the pitch with a large grass area between the dugouts and the touch line. The stand also has a disabled area known as the  ‘Wooden Spoon Wheelchair Terrace’ All four ends are split into two tiers with the North Stand dipping down into the corner to meet the smaller East Stand. The seats are dominantly decked out in navy blue with SRU picked out in white in the bottom tiers behind each goal.

Murrayfield has also hosted rugby league, gridiron, as well as quite a few football matches in recent years. Due to Tynecastle not meeting UEFA criteria, Hearts played three UEFA Cup ties during the 2004-05 season. Both Hearts and Hibs hosted Barcelona in pre-season friendlies in 2007 with 57,857 attending the Hearts game which was the biggest crowd in Edinburgh for 51 years.
Murrayfield has also became a major concert venue over the years with gigs by the likes of the Rolling Stones, U2, Oasis, Madonna, James Brown and earlier this year those shitee arsed ‘uckers One Direction performed to over 64,000 bairns as part of their Where We Are Stadium Tour. 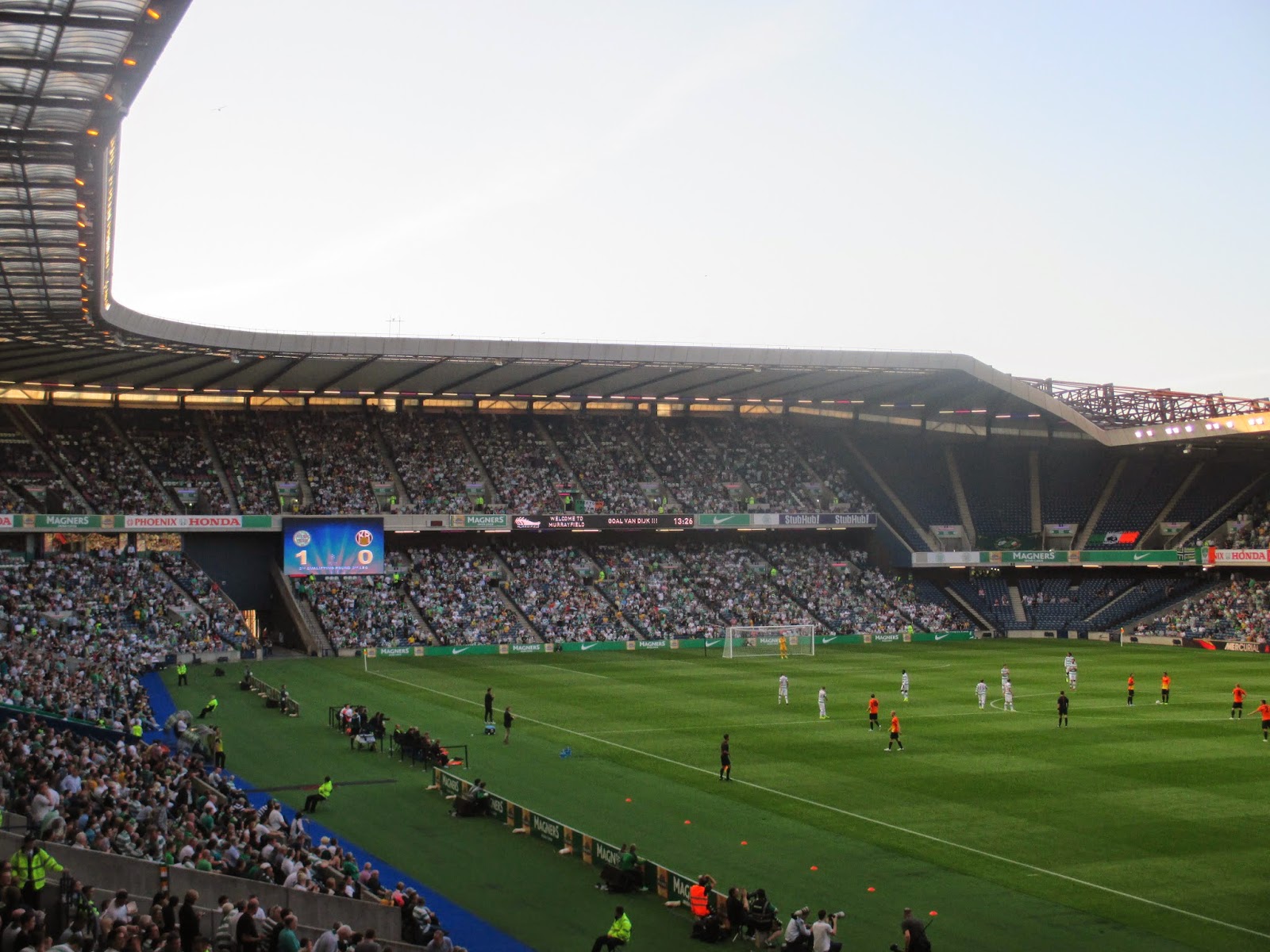 The Match
I’m not a great fan of Celtic. How can I be when my Scottish football allegiance belongs to the other great Glasgow club. I am of course referring to...the Super Jags...Partick Thistle.
This Champions League qualifying tie with KR Reykjavik was really over last week, with the Hoops leaving the Icelandic capital with a one goal advantage. I couldn’t imagine the part timers having two shots on target, never mind scoring twice and this proved the case, as Fraser Forster was virtually a spectator for the evening. 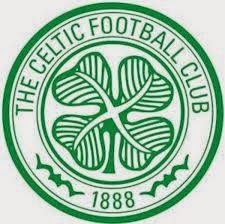 Dutch defender Virgil van Dijk helped himself to two goals in the opening twenty minutes, the first after an error from ‘keeper Stefan Magnusson allowing Mulgrew to head back across goal into his path to stab the ball home on 13 minutes. The Icelandic stopper was again at faulty seven minutes later, miss timing his punch to allow Lustig to tee up the big Dutchman for a simple header.
Just before the half hour mark good wing play by Callum McGregor set up Teemu Pukki to fire home and it was Pukki who wrapped up victory with twenty minutes remaining, rounding the ‘keeper and blasting the ball into the top left hand corner. Pukki was subbed immediately after bagging his brace which didn’t go down too well with the home fans, although the backing and vocal support from the green and white army in the south-east corner was tremendous throughout.
Celtic was now face Legia Warsaw in the third qualifying round, so another chance for their supporters and like minded groundhoppers to see the Hoops at Murrayfield. 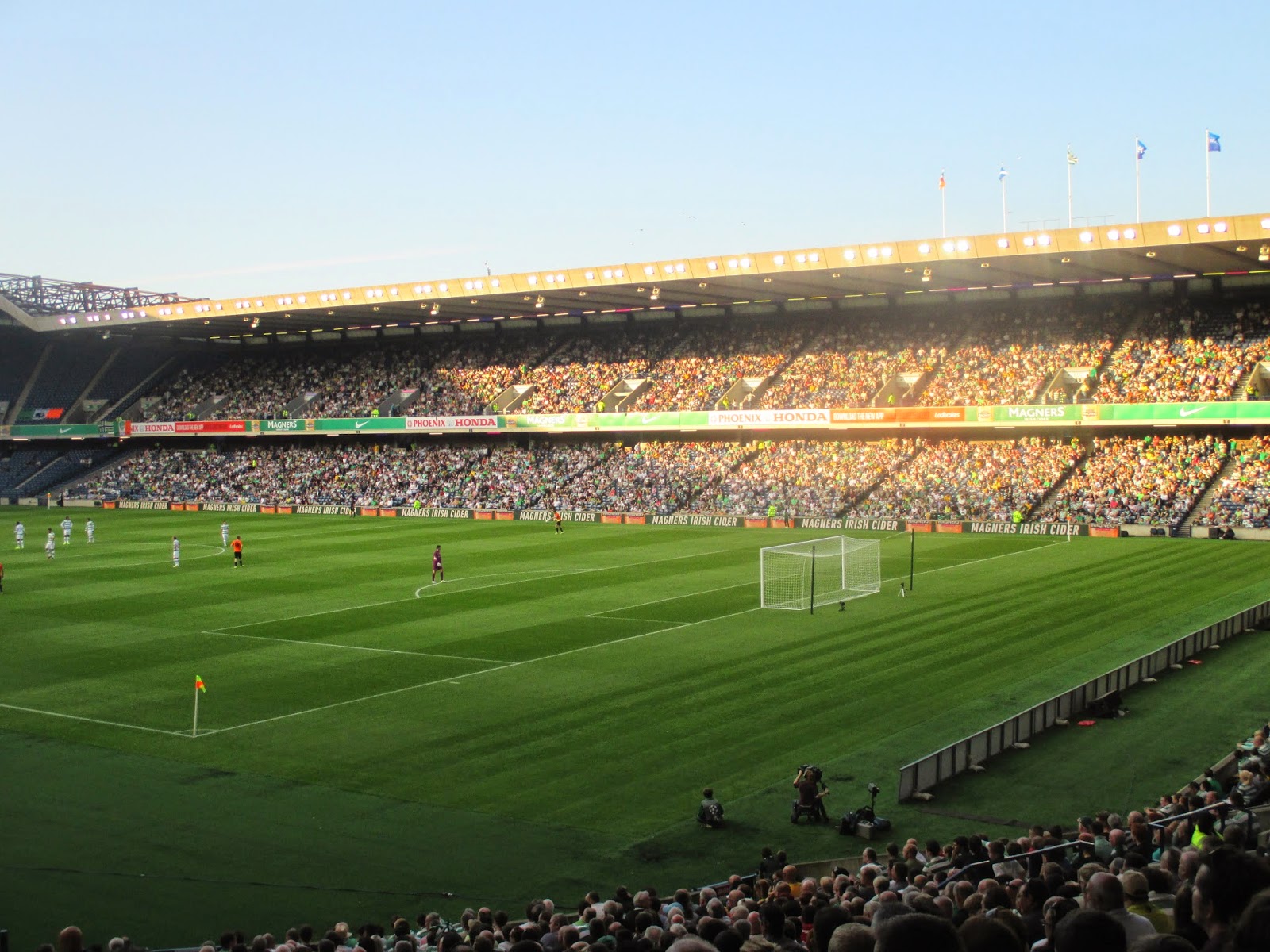 Spondoolicks
Admission £20 (West Stand)
Programme £2.50
52 pages(9 advertisements)
Best line
KR Reykjavik may have a starting line up compiled of part-time footballers but their squad still boasts talents that Celtic must be wary of. (Tonight's Opponents) 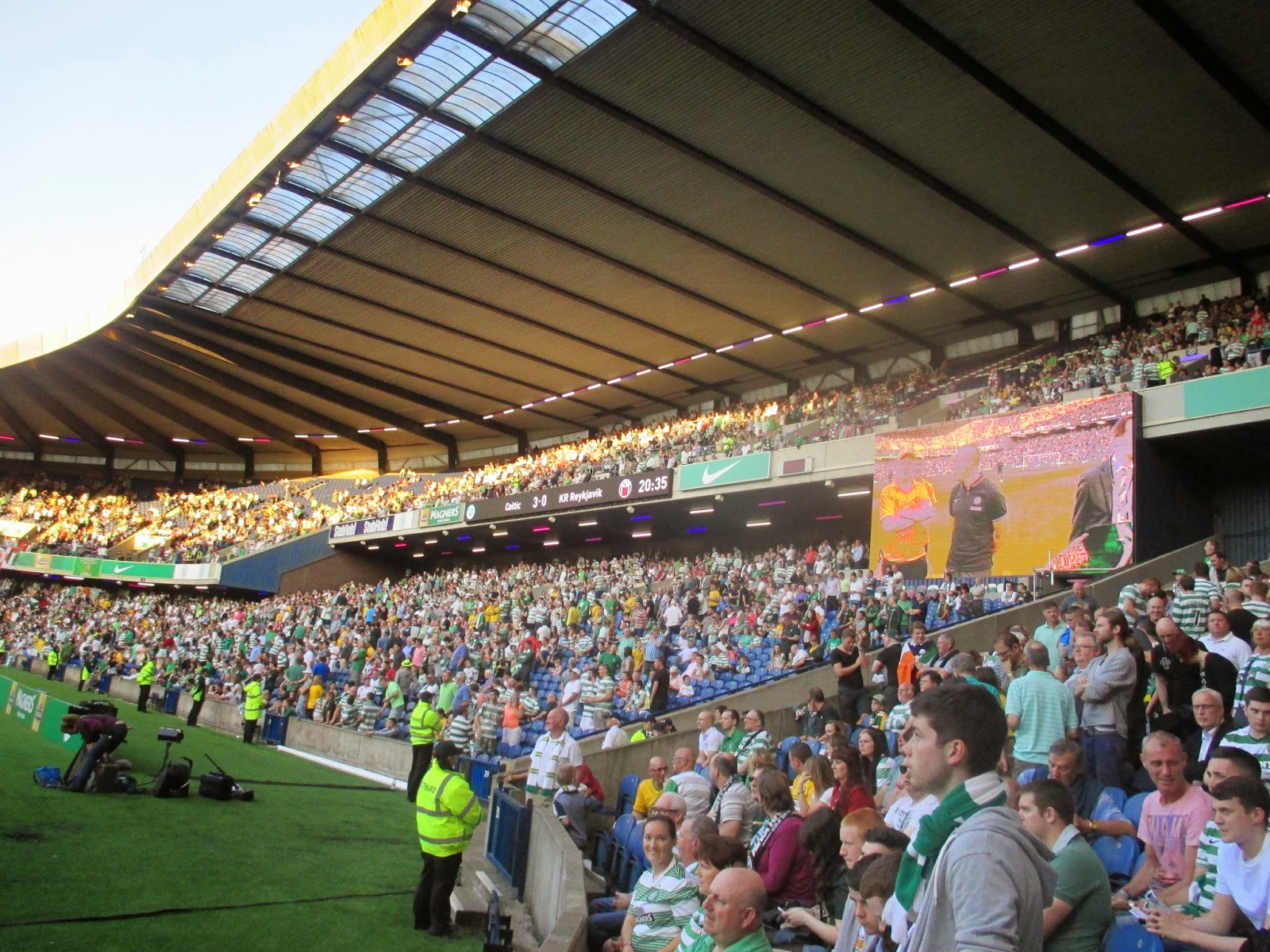 My Matchday
I travelled on the 1454 to Edinburgh Waverley to meet Squad#155 James Little for a pub crawl route to Murrayfield, starting off with a couple of pints in the Blue Blazer. We then headed to Bennets Bar for 5.30 to meet James' pal John who had sorted out our match tickets and Squad#81 Jamie McQueen. The four of us also called to the Golden Rule and had a few pints in Diggers, where for the first time, I enjoyed the pastry delicacy of a macaroni pie.
After the game the four of us did the same route but in reverse, finally leaving Bennets at quarter to one to stagger back to James' flat, where I was staying for the night. An excellent night in Edinburgh, with special thanks to James for giving me a bed for the night, John for supplying the ticket and it was great to see Jamie, who I hadn’t seen since this beloved Liverpool beat the Toon 6-0 the season before last. Apart from the beer I enjoyed the novelty factor of watching football at Murrayfield, which is a terrific stadium and a good’un to notch up number 400. 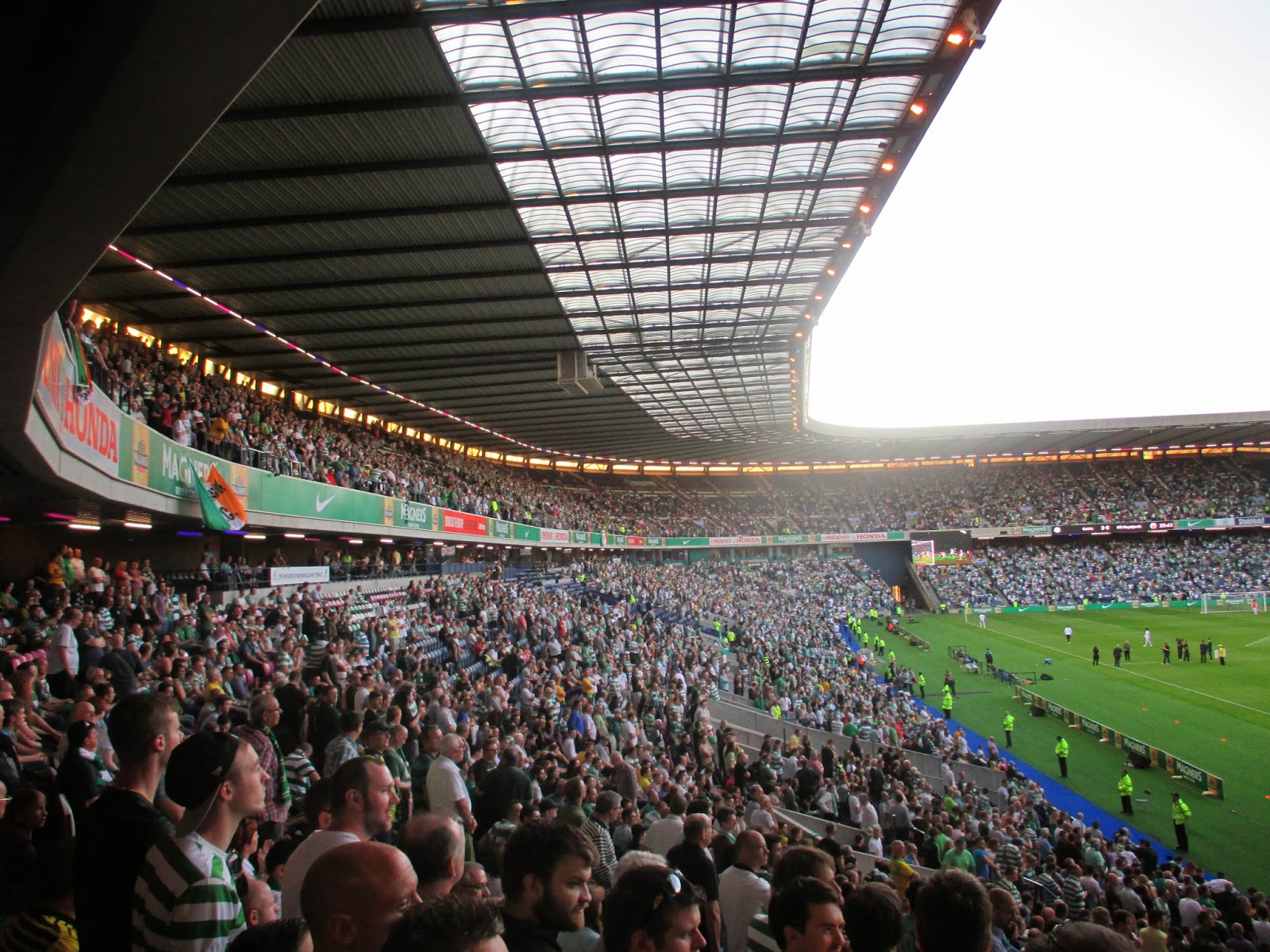