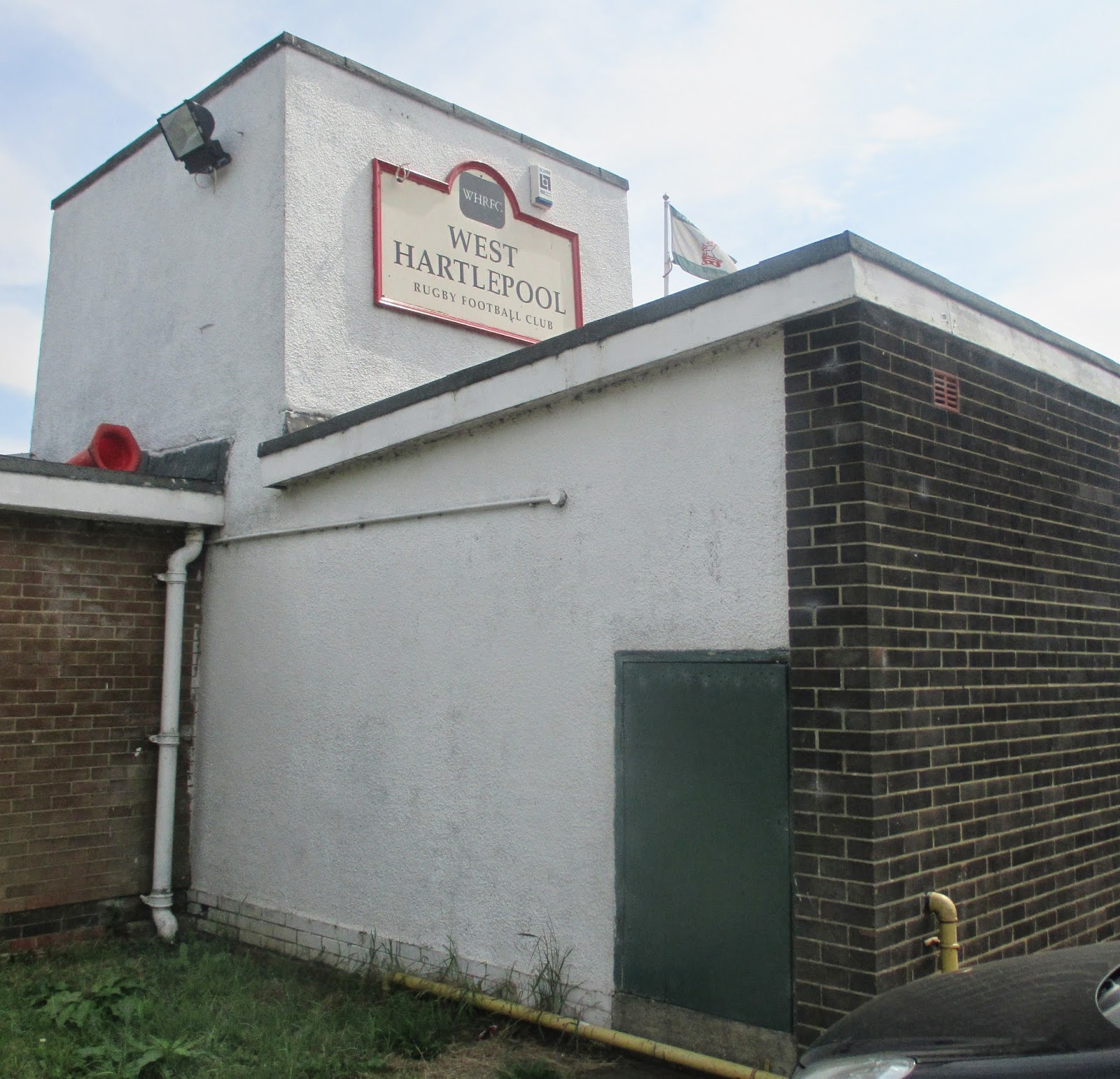 I watched a game at a rugby ground for the second time this week, but Brinkburn isn’t exactly the international arena like which I experienced at Murrayfield on Tuesday night.
Over recent seasons Hartlepool FC have played their pre-season friendlies on various pitches in the town, including this venue on Catcote Road, which is the home of West Hartlepool RFC.
Major building work is currently taking place at Brinkburn with a new £900k state of the art clubhouse and dressing room block, which is due to be completed in February 2015.
The ground itself is fully railed off with a 76 seated stand, but the match took place at the adjacent pitch at the bottom end of the complex. with goals placed in front of the rugby posts. 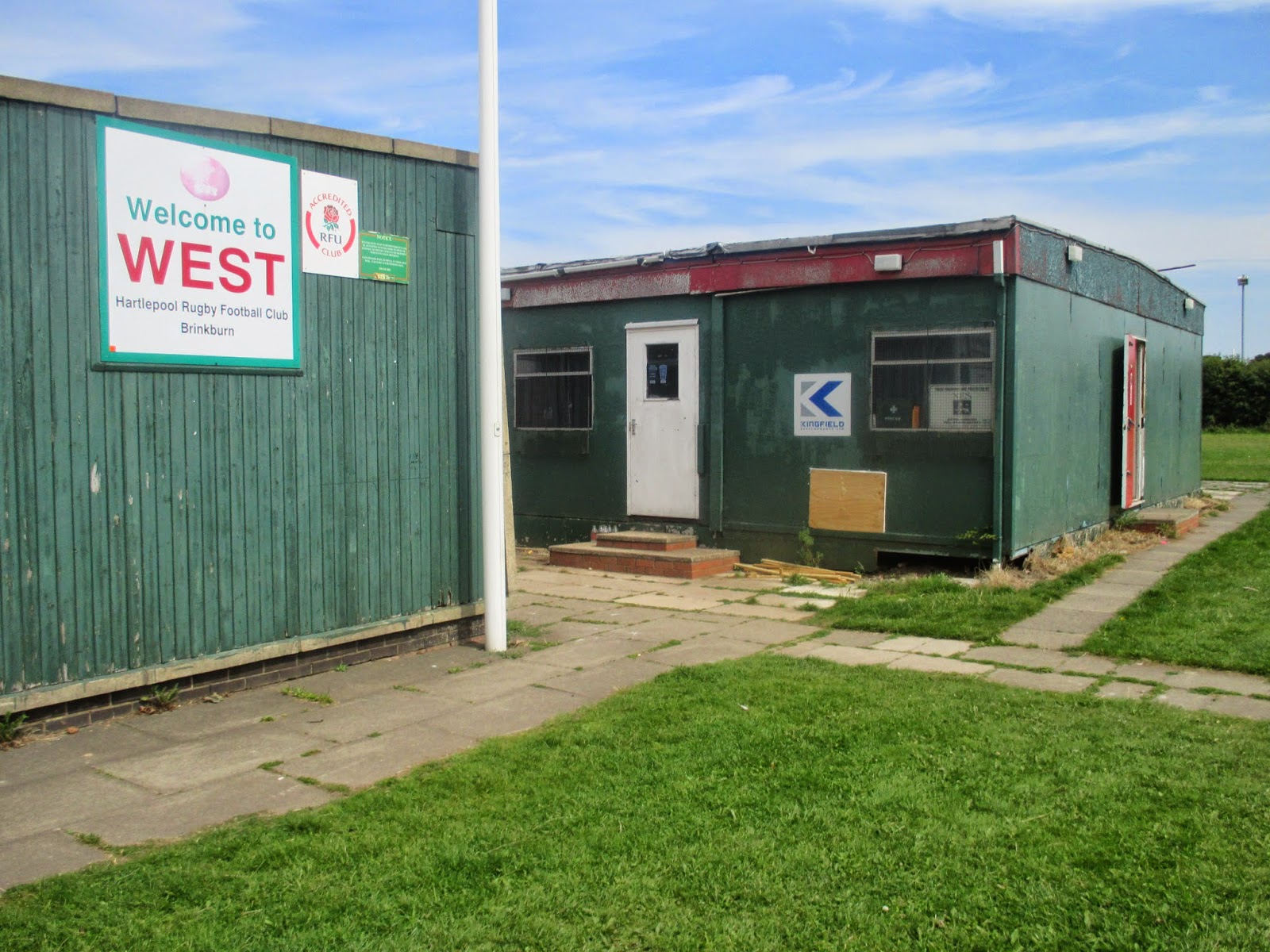 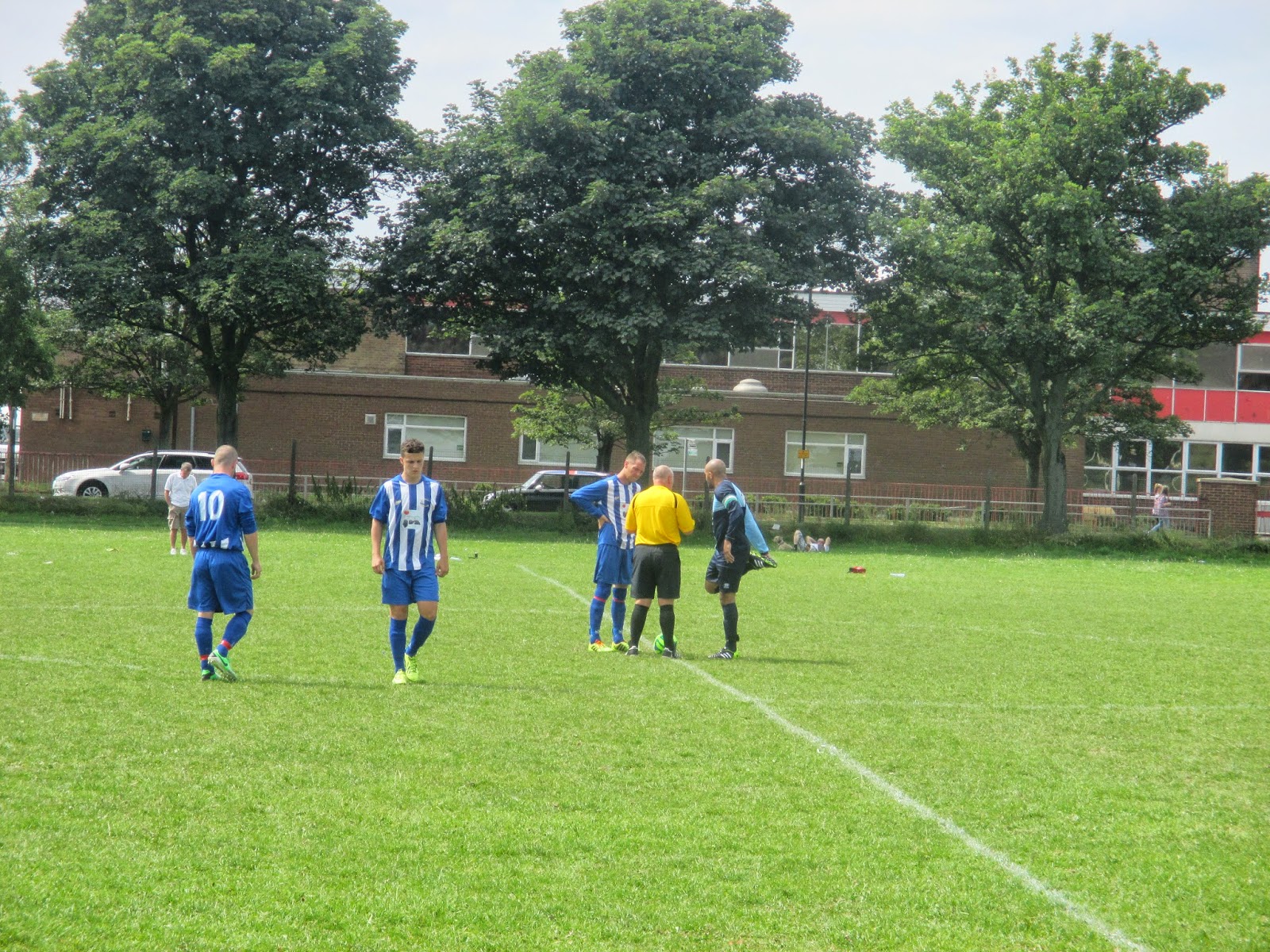 Hartlepool faced Stockton West End, their Teesside League opponents taking the field wearing navy and sky blue quarters, so there was a bit of a colour clash with the home sides traditional blue and white stripes.
The match got off to a lively start with Tony Coleman getting on the end of a left wing cross to fire home from 12 yards in the 8th minute, but the lead was short lived, as young’un Ross Kidson made an overlapping run on the right hand side before shooting hard and low into the far corner.
After this I was expecting a goal glut and although there were plenty of decent chances in the game the goals didn’t arrive until the latter stages. In the 73rd minute the visitors regained the lead when some nice approach work was finished off by Mark Hall, who toe poked the ball home despite the defender’s desperate attempted goal line clearance. 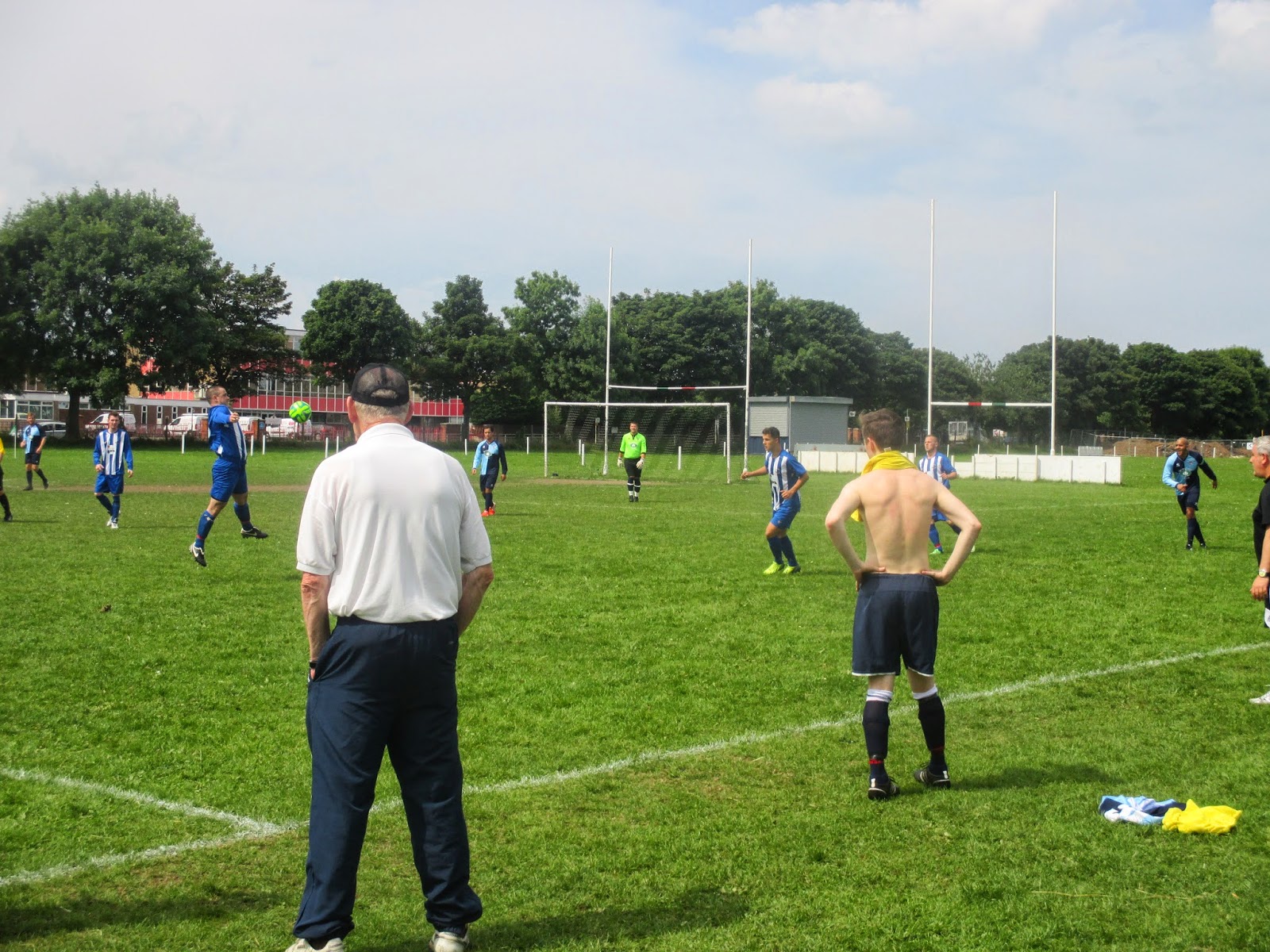 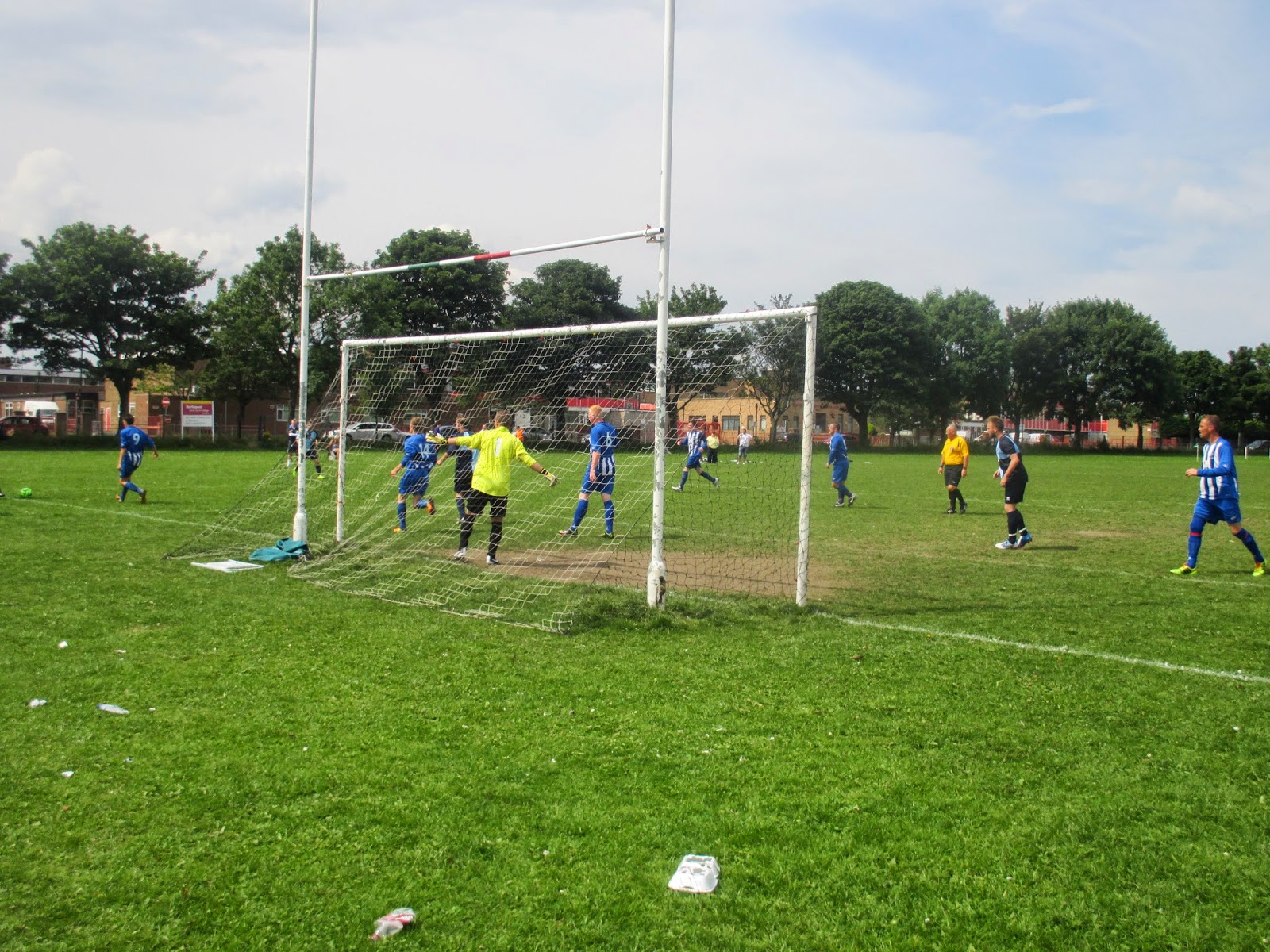 With ten minutes remaining there was a pre-season rarity as Hartlepool had a player sent off. The lad in the number 10 shirt had gone through the game constantly whinging and after a rash tackle the referee had no hesitation in producing a red card. The challenge was certainly a free kick and it’s debatable if it could have been a yellow card or not, but it certainly wasn’t a sending off offence. Maybe the referee was looking for an excuse to get rid of him because he was fed up of the constant whining in his ear.
After the incident the hosts produced a late spell of pressure and got their reward two minutes from time when Alan Bird picked up a right wing pass and produced a tidy finish to round the ‘keeper and make the final score two’s each. 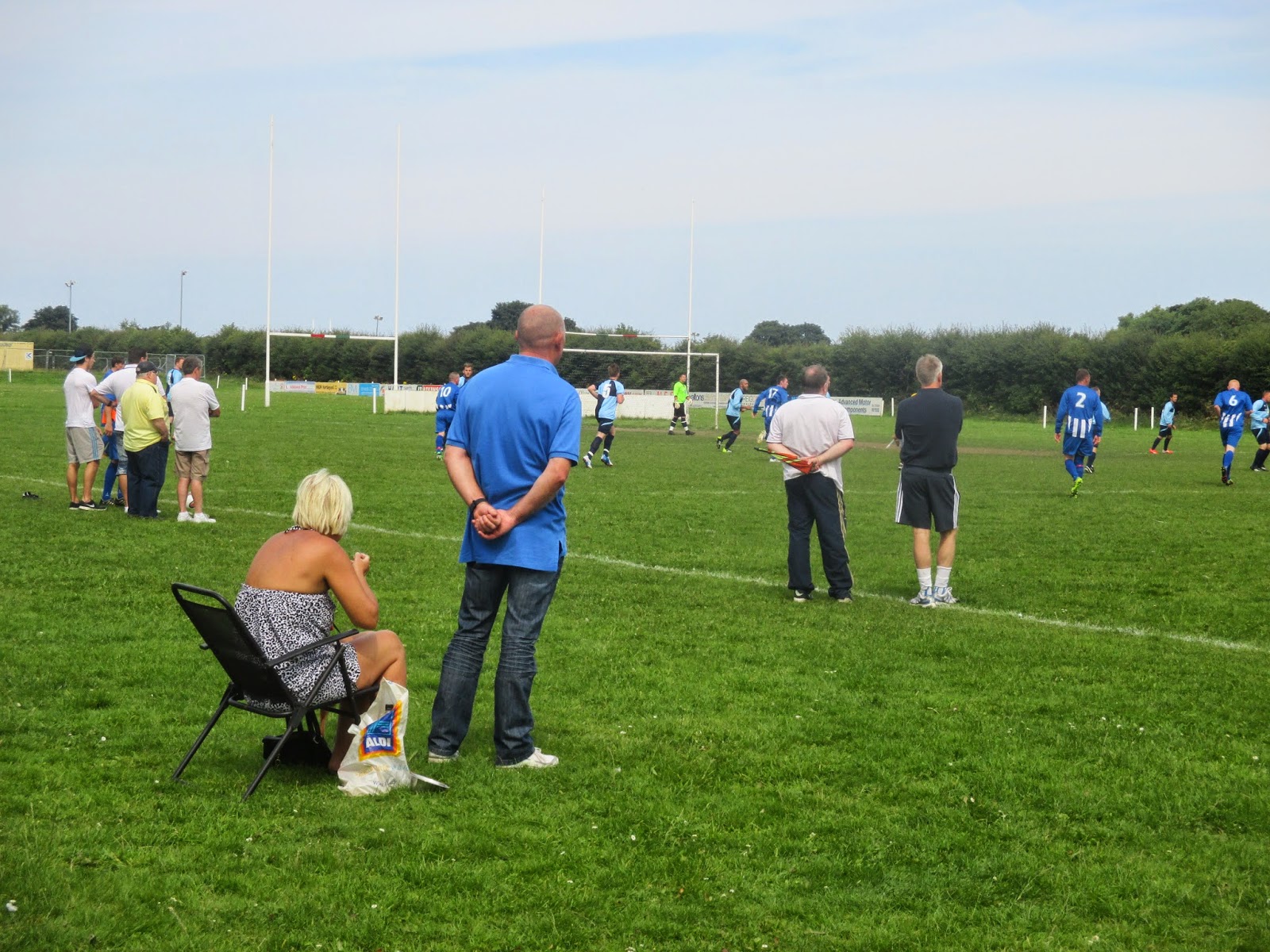 As the match reached the later stages I asked the management of both clubs who scored the goals. The Stockton manager initially thought I was from another Wearside League club and when I inquired the name of the second goal scorer he said “I dunno, we just call him Sparky” Apparently the lad was just on trial so if this game was played north of the border he would be known as A.Trialist, though I did find out his name by running on the pitch and asking him on the full time whistle.
The Hartlepool side were more suspicious of my presence. The manager wouldn't let on the name of the first goalscorer, telling me it’s one of the academy lads and pretending he didn’t know his name. Another bloke from the home side was more helpful though, after initially greeting me with “Who are you scouting for then?” but he was friendly enough to tell me the names of both the goalscorers.

So overall I enjoyed a nice run out to Hartlepool, where I saw a decent game with an added bonus of topping up my suntan in the glorious July sunshine. 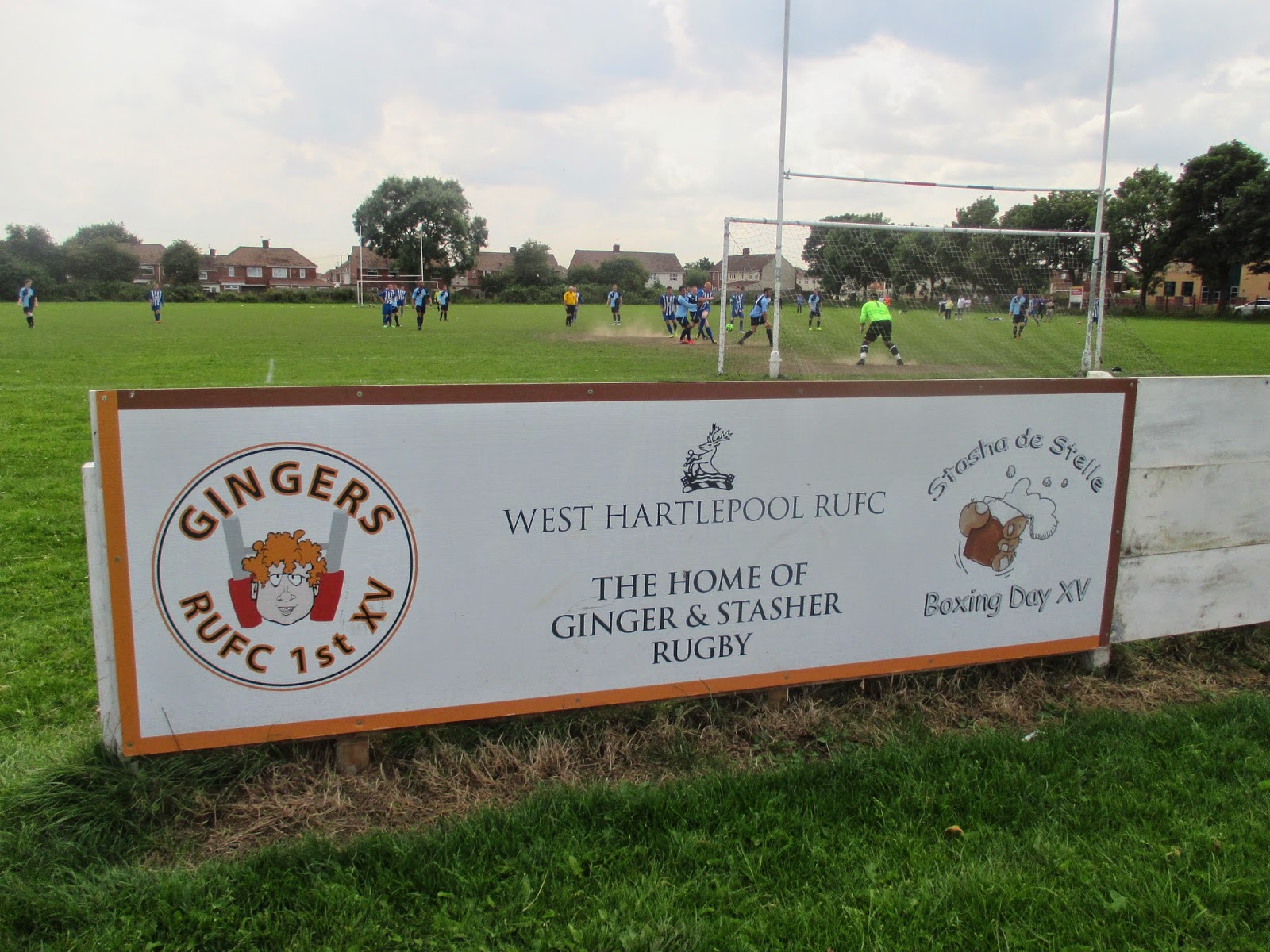