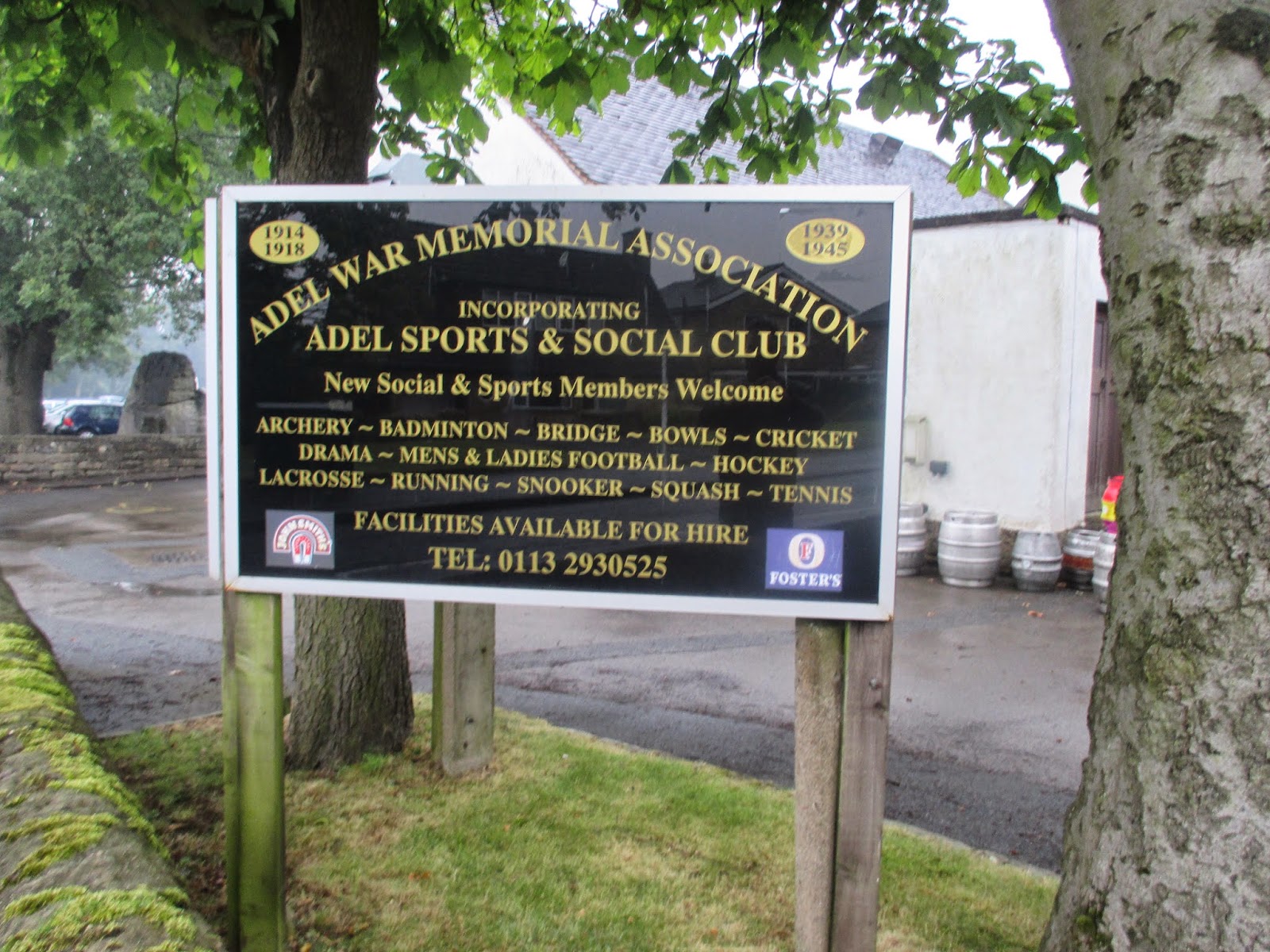 Pre-Season update
After a slow start to the new campaign, I’ve at last recorded my first new ground of the season in Leeds, as part of my birthday day out on the lash with the lads. I started 2014-15 to everyone's surprise (ie fellow Heed fans) at Croft Park for a friendly with Whitley Bay as part of the Blyth Spartans Beer Festival. This was followed by a week away with the breadknife in Turkey to recharge the batteries in readiness for a busy ten months of footy ahead. Since my return I’ve caught up with the latest at Gateshead FC this week, watching games at Whitley Bay, Birtley and on Friday night I attended the James Curtis testimonial match, seeing Heed beat Toon for the first time at the fourteenth attempt.
My eagerness to get back to watching live football has been somewhat tamed by an entertaining(well apart from the ITV pundits...Eddy)World Cup in Brazil. Anyone who knows me well enough is aware that I’ve wised up to the bi-annual over hyped drivel regarding the national team, so the less said about their performance the better, although my pre-tournament prediction that England wouldn’t win a game never mind get out of their group was ridiculed by some who seem to think they know more about football than I do!?! 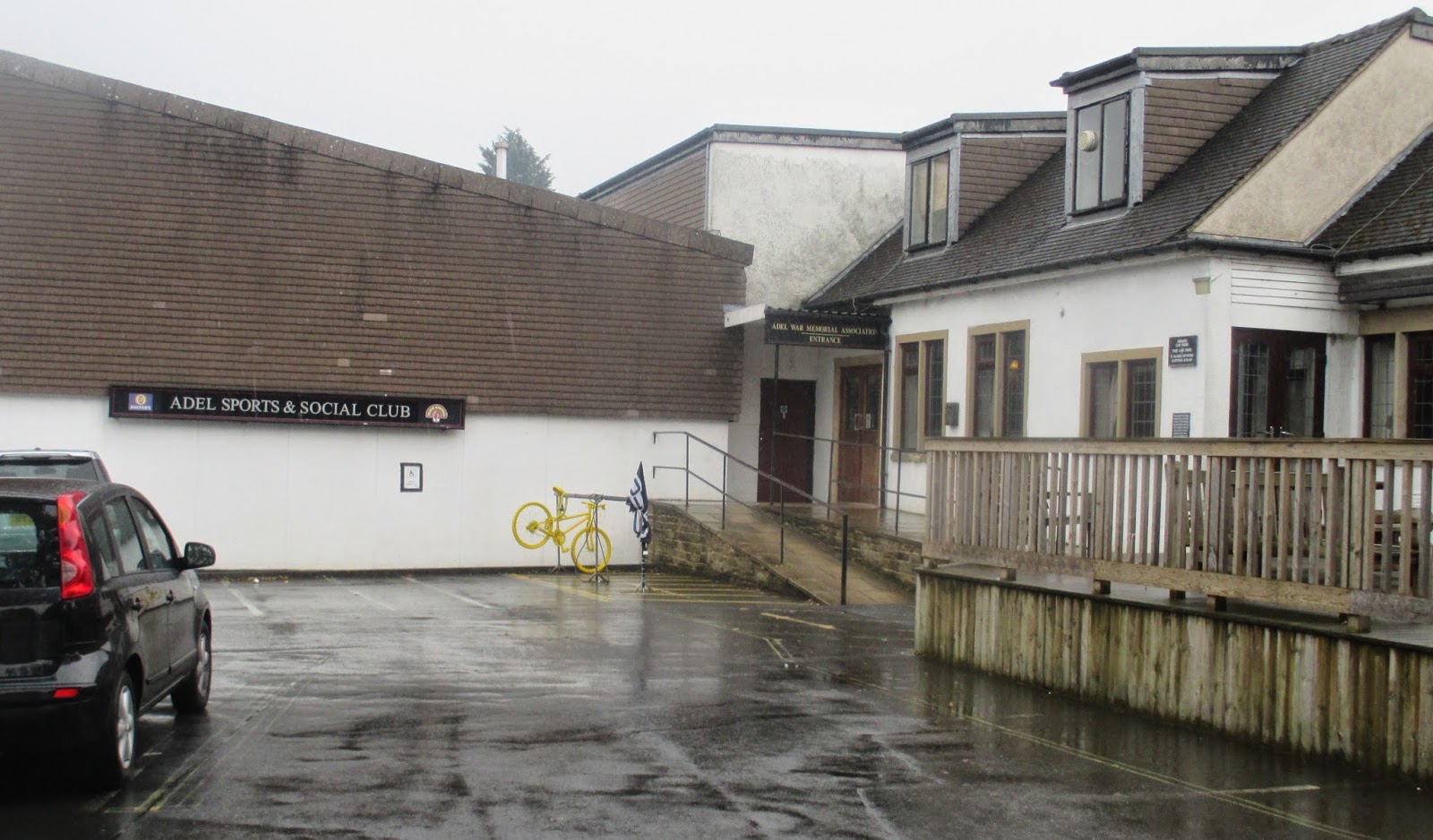 My Matchday - preview
I booked trains for the five of us on the 0910 from Newcastle to Leeds back in May, without any clue which club would have the honour of our presence during our bevvy break. As the list of friendlies began to take shape during late May and June there wasn’t any matches listed at previously uncharted grounds around the Leeds area, so it was beginning to look like a fully day on the lash and no football. The bevvy break is a crucial part of the day, not just because I’m a Groundhopper, but a few hours off the drink to watch a game with a pie and a cuppa guarantees that I’ll have the stamina to stay out on the hoy until the last 56 bus home at ten to midnight.
Before I flew out to Turkey I was determined to find a game and came across the Leeds City Facebook group, so after sending the admin a message it was confirmed they were indeed at home, so all that the was left to do was plot a pub crawl of the alehouses of Leeds. 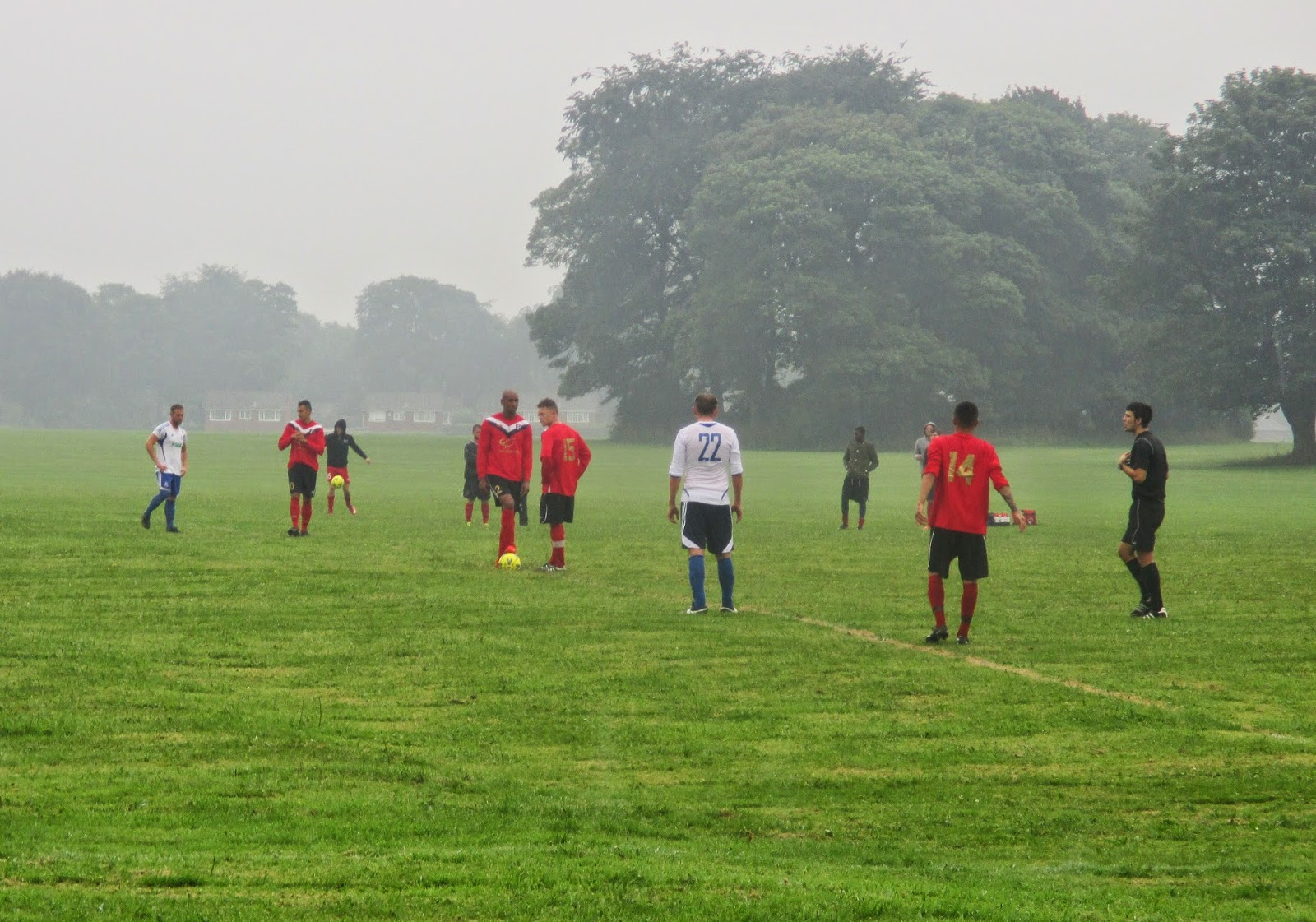 The name of Leeds City FC was first used back in 1904 and were elected to the Football League the following year, moving to the vacated Elland Road after the demise of Holbeck Rugby Club. City played in the Second Division throughout their league career, finished a highest placed fourth in 1913-14 season, however during the First World War the club were involved in a series of financial irregularities, including breaking the ban on paying players during the war years. The Football League expelled the club eight games into the 1919–20 season, the strong handed approach from the league mainly due to the behaviour of the club's directors, who refused to co-operate with the FA  by handing over the club's financial records. The following year the city of Leeds had a new club as Leeds United were formed and entered the Football League, with the Leeds City name briefly reappeared in 1924 as an amateur club in the Yorkshire Football League for just three seasons.

The new Leeds City FC was formed in 2006 from the merger of Adel FC, Abbey Grange and Leeds City Vixens. The club joined the West Yorkshire League, with the management and players from Horsforth St Margaret arriving to give the senior side a strong start, finishing 2nd in the  West Yorkshire League Second Division in their debut season. This was followed by a First Division runners-up spot in 2007-08, and since being in the Premier Division they’ve twice finished league runners-up in 2008-09 and 2012-13. 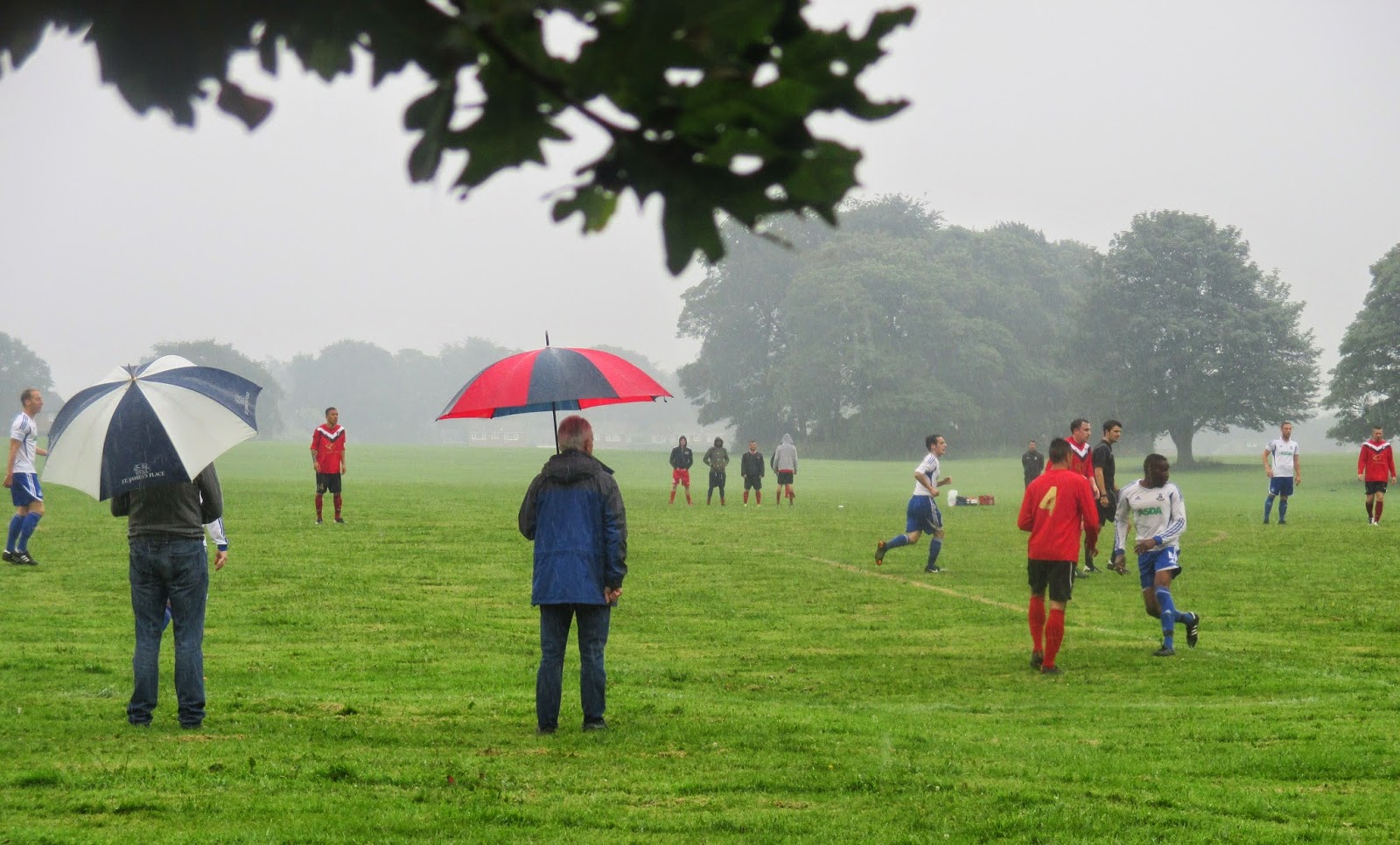 Whereabouts and Whatsabouts
Adel is a suburb in the north side of Leeds in West Yorkshire, situated between Cookridge, Holt Park, Weetwood and Alwoodley. The villages of Arthington and Bramhope and the market town of Otley and also in this vicinity.
Adel is mentioned in the 1086 Domesday Book as Adele. Another spelling used until 1816 is Addle, the name believed to derive from the Old English adela ‘dirty, muddy place’
The Roman name for the area was Burgodunum, the suburb situated near the site of a Roman fort with the ancient road from Tadcaster to Ilkley passing nearby.

Ground No.399 Adel War Memorial Association/Bedquilts Recreation Ground
The Adel Memorial Hall and sports ground was opened on the 14th November 1928 in memory to those killed in the First World War. The grounds hosts a large variety of sports, the facilities includes a hockey pitch, tennis courts and is home to Adel Cricket Club. Because of the cricket Leeds City couldn’t use their regular home pitch, so the pre-season friendly match was played just on the other side of the fence on their training pitch at Bedquilts Recreation Ground. The football pitch is on the edge of a huge plot of land which is mostly used by dog walkers and has more football and rugby pitches at the far side. 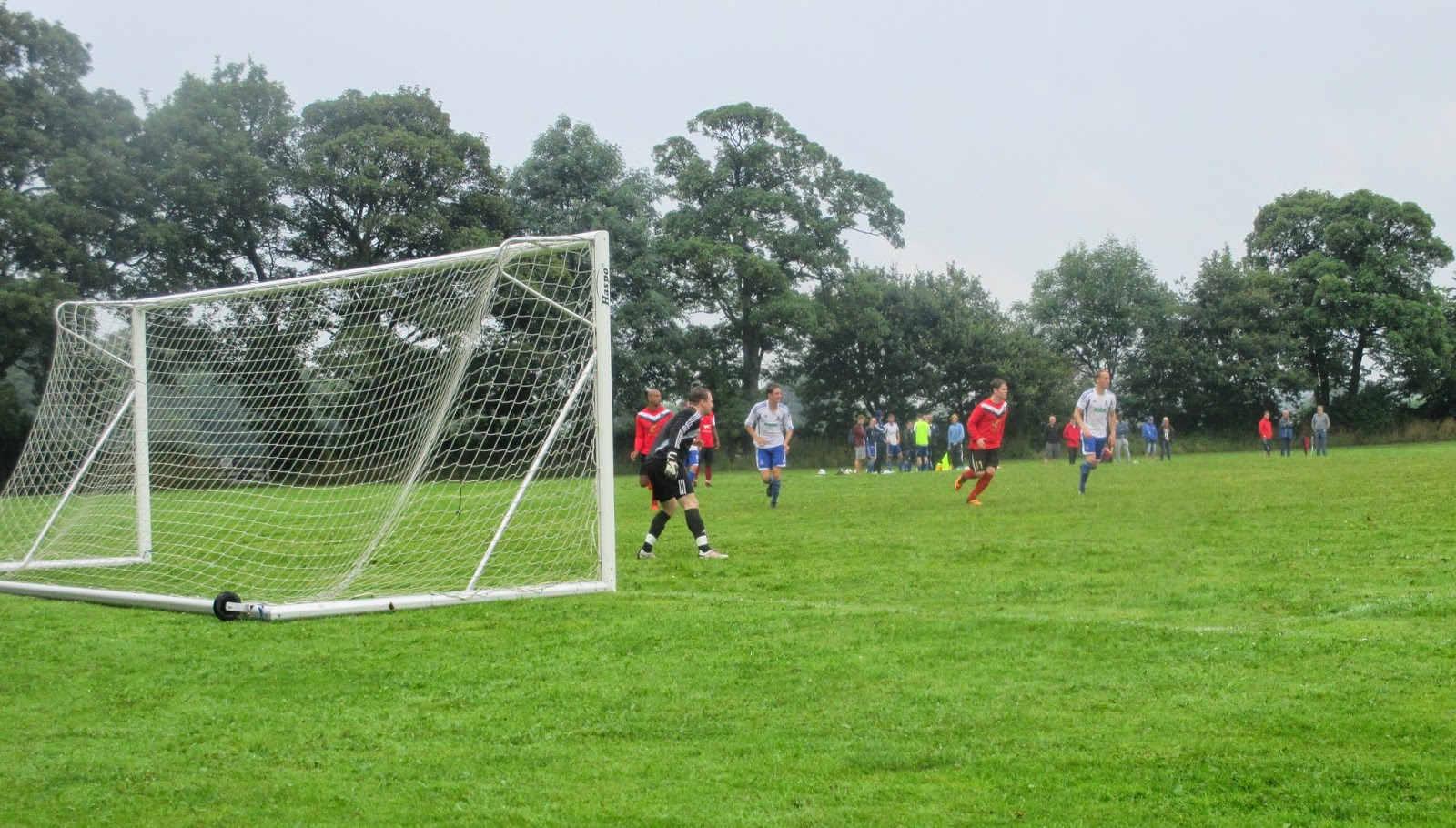 The Match
Leeds City faced Oldham based Springhead AFC who play in the Manchester Football League. I took shelter under a tree from the heavy downpour and witnessed an entertaining game. The visitors took the lead after a quarter of an hour when Fagan was on hand to fire in a right wing cross from 12 yards, but City replied twenty minutes later when trialist Johnny Wilson netted the rebound after the ‘keeper parried a long range effort. On the stroke of half time Springhead regained the advantage when Leighton Stephenson managed to stay onside before firing home a first time strike from twenty yards.
The lead was extended on 55 minutes after a free kick rattled the crossbar but fell nicely  into the patch of Nuttall for an easy tap in. Springhead looked likely to add to their goal tally but once the rain finally stopped Leeds stepped up their game, scoring two goals in a minute through a neat shot from Joe Dixon and an equally great strike from Academy player Ash Walker on 85 minutes. A minute later a chorus of “happy birthday to you” filled the air as four straddlers finally left the warmth and comfort of the pub to watch the match with me. The lads were disappointed to hear that they missed out on watching a really good game with six goals to boot. 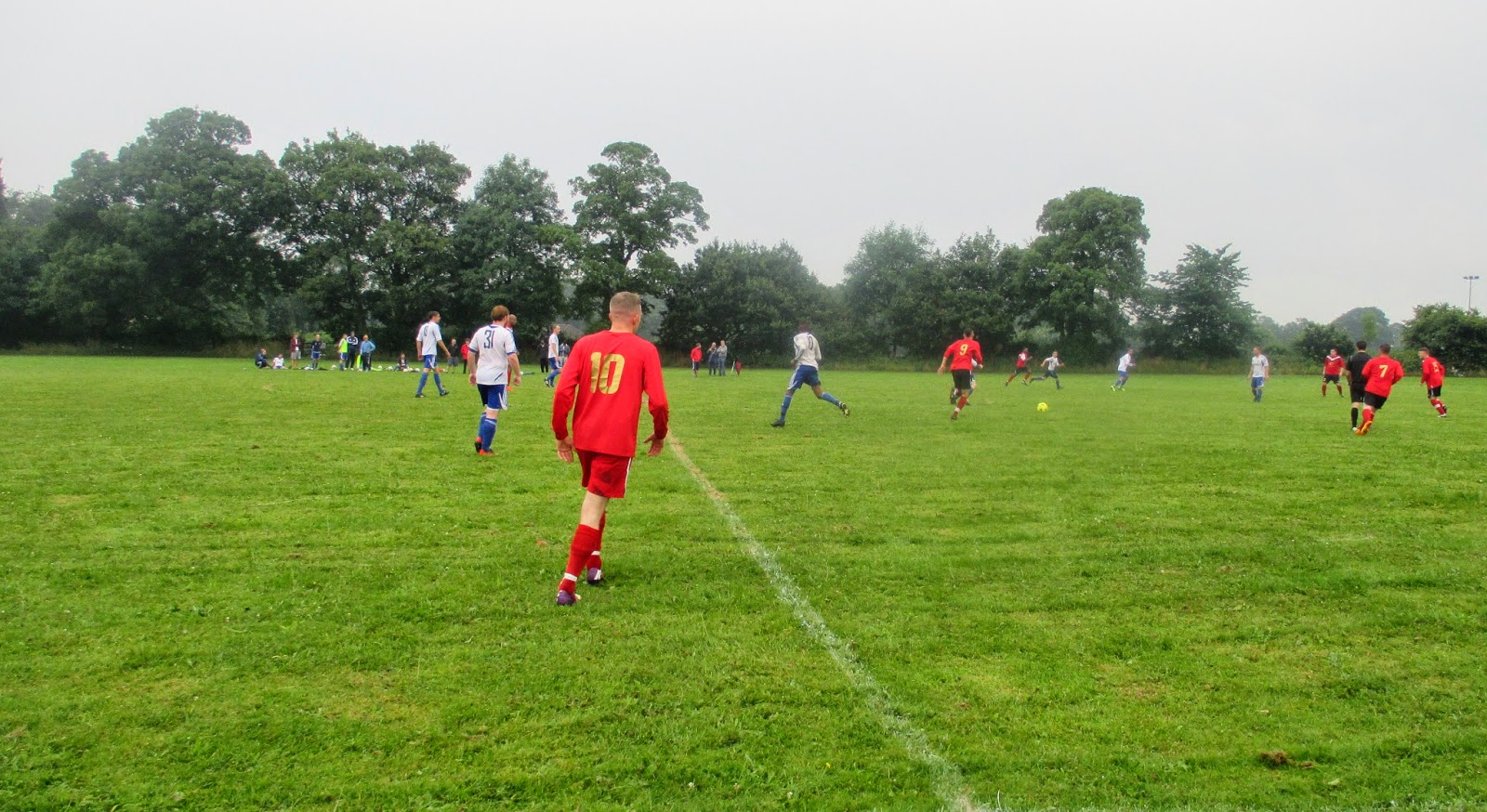 My Matchday
This year it was the well established strong line-up for my birthday bash, spending a cracking day and having such a great laugh with Zippy, Jimmy Jimmy, Plymouth Pete and Honest Paul. It was great to have Paul back out drinking with us again, because he was diagnosed with cancer in April, but luckily it was confined to just his kidney and hadn’t spread elsewhere. Last month he went under the knife to have his kidney removed and is now well on the mend, so today wasn’t just about my pending birthday, but also Paul’s first day back with the lads after his recuperation.
I picked out 17 pubs to visit in Leeds, hoping to visit at least a dozen on the list. We arrived at 11am and obviously started in the Beckett Bank Wetherspoons for coffee, breakfast and the first pint of the day. We had time to squeeze in three more pubs before heading off to Adel at 1.30pm, asking the taxi driver to drop us off at the Lawnswood Arms, the only pub in the village. I headed off alone to the match just before the two o'clock kick off expecting the lads to follow on, but thankfully they didn’t and I was pleased they didn’t bother, as it was pissing down and I was the only one sensible enough to be wearing a jacket. 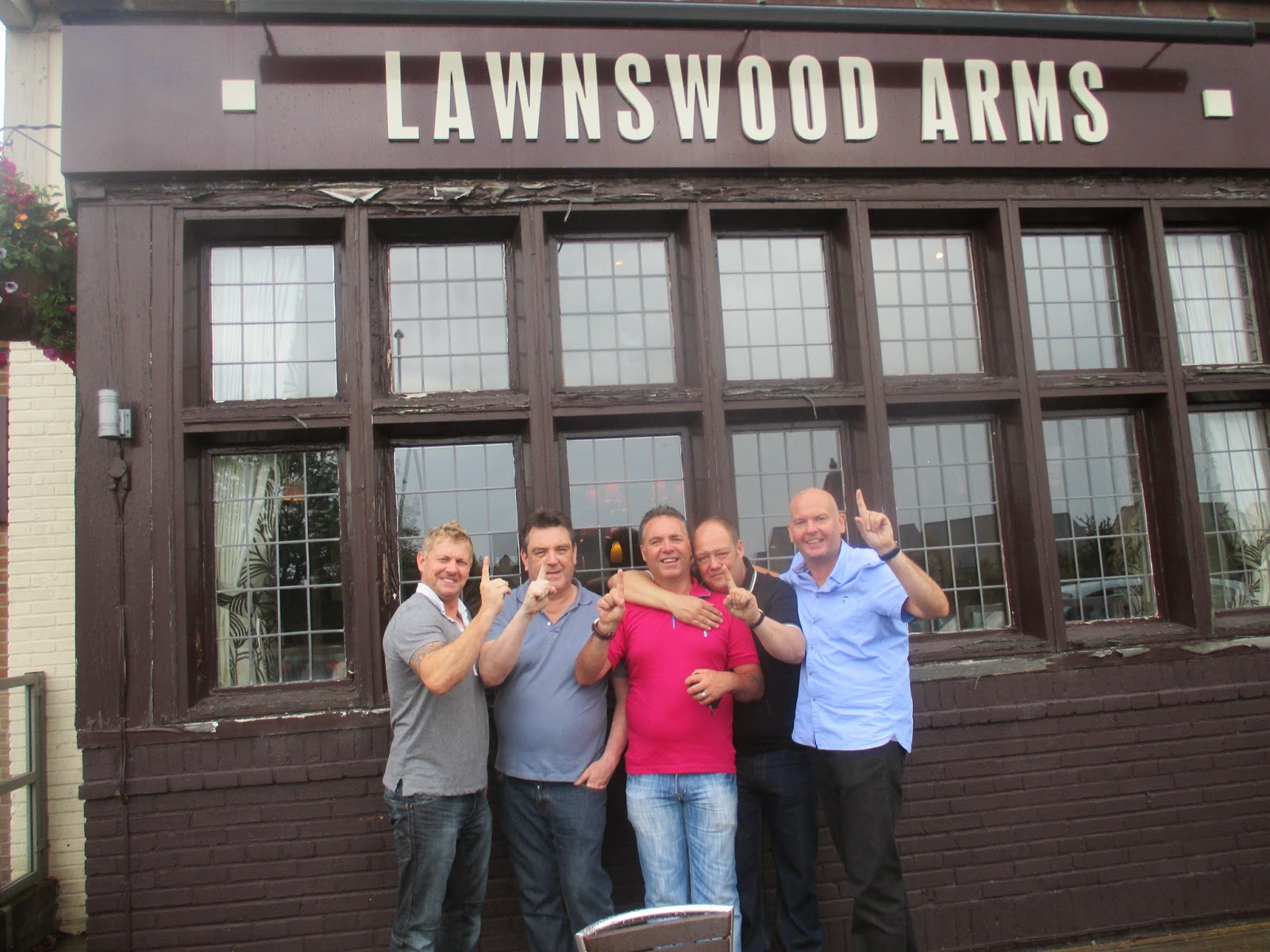 After the match we got a taxi back to the city centre from the Lawnswood, for a ‘Spoons tea, calling to see Mr William Hill, plus ticking off another five pubs on the list before catching the 2043 train back to Newcastle. Throughout the day we visited some fabulous pubs and I can highly recommend them all, apart from Whitelocks First City where it was £4.50 a pint. They said is was expensive because of the Tour de France, which isn’t much of an excuse for extortion, but I wasn’t too bothered because luckily it wasn’t my round.
I mentioned earlier in this report about the importance of the ‘bevvy break’ and as I was the only one in our group to actually go to the match, this meant that I was the most sober amongst our drinking quintet. The most blotto was Zippy, who was so legless on the train that he fell over and accidentally nutted a woman with a laptop in the first class carriage. At the end of the night myself and Jimmy Jimmy were the only survivors from the original five, so as predicted I ended up in the Union Rooms and lasted until the last bus home.
Overall a terrific day with the only regret being we ran out of time to do 12 Leeds pubs, falling two short and missing out on a few next to the rail station that I was looking forward to. This regret can only mean one thing, we’ll just have to come back to Leeds and give it another go with a lads day out on the lash. 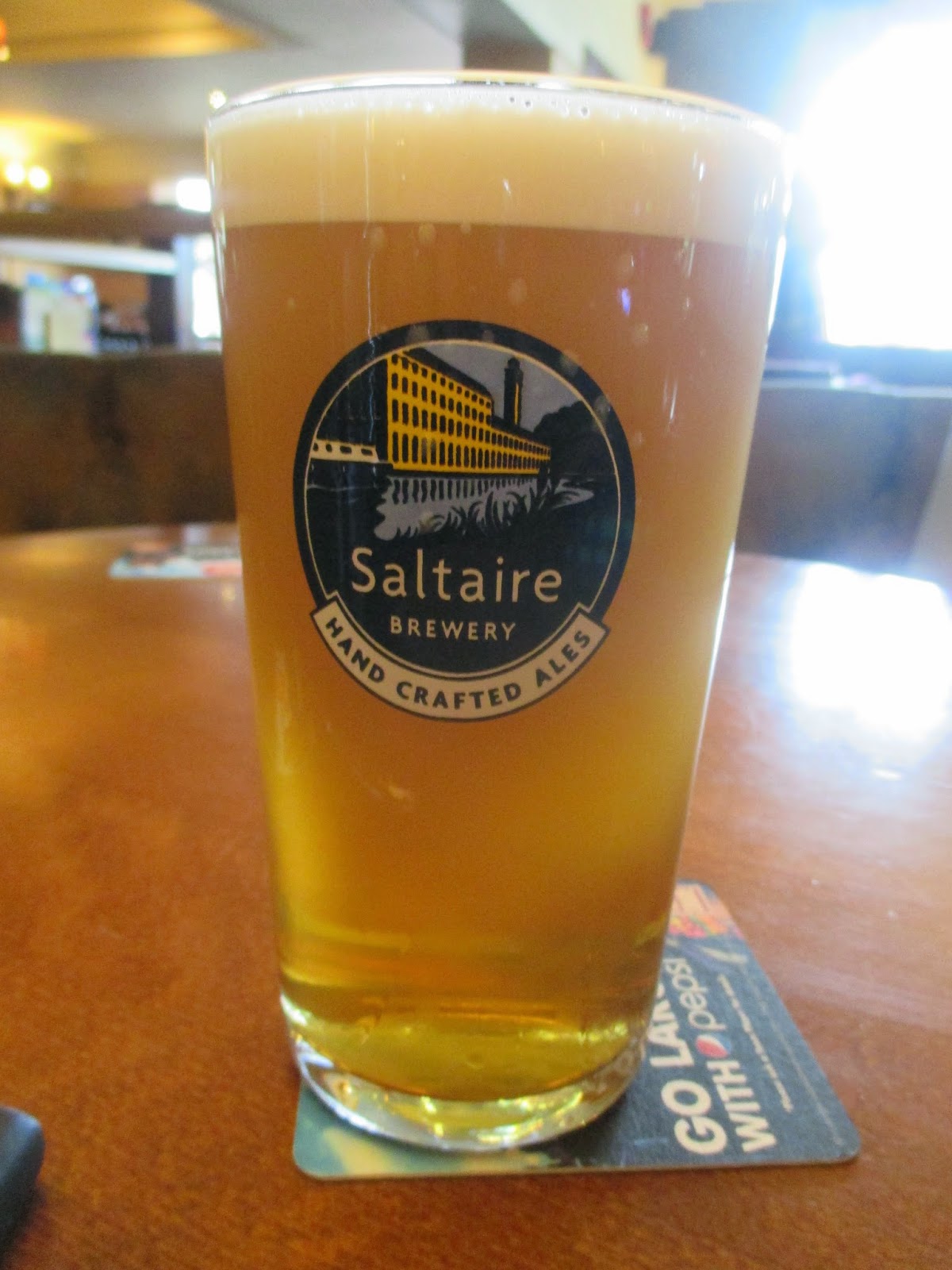 Hmmmm, them 3 or 4 extra pints I had whilst I should've been watching the match really pushed me over the edge....and over that women with the laptop on the train.
I blame the rain.