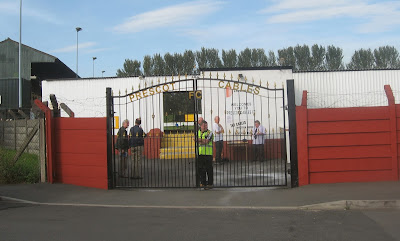 Liverpool is one of my favourite cities in the UK, but unfortunately I don’t get across to Merseyside as often as I‘d like to. The last time I was there was for Jimmy Jimmy’s 40th birthday in 2006, so I took the breadknife and the Smudgers down for a much belated visit, staying in Southport and spending Saturday in Beatleland.

As far as football was concerned I didn’t look for any particular fixtures, just the closest and most convenient club playing at home from Liverpool city centre. The team that had the privilege of my presence was Prescot, a town and civil parish within the Metropolitan Borough of Knowsley, approximately eight miles to the east of the city and just a short 20 minutes train journey from Lime Street.
The name is believed to be derived from the Anglo-Saxon preost "priest" + cot "cot", meaning a cottage inhabited by a priest i.e. "priest-cottage". During the 18th and 19th centuries it was a major player in the watch and clock making industry which is recognised by the local Wetherspoons pub - The Watchmaker, where I had a pre-match pint. 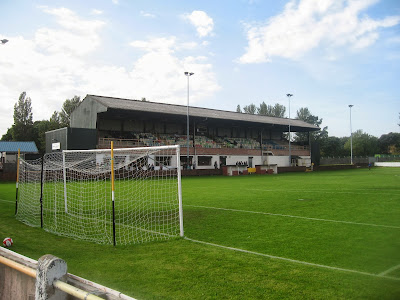 The primary employer in this part of Merseyside was British Insulated Wire Company which formed in 1890 before becoming BICC after merging with another company in 1945, before the site closed in the early 1990s.
The cable company is maybe one of the first examples of commercial sponsorship in football. Prescot FC formed in 1884 and made their debut in the FA Cup in 1891. The club was renamed when the directors of the Wire Works were invited to the opening ceremony of the revamped ground in 1928, after several more visits it was agreed to add the Cables suffix and donate the cost of a new stand. The club also changed the team colours to the Tiger combination as the first insulated cable drawn at the plant was covered with amber and black paper. 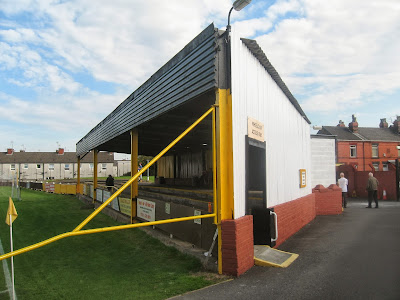 Prescot Cables joined the Lancashire Combination in 1927–28, taking over the record of Fleetwood who resigned after playing 22 matches. Cables finished runner-up in the Combination in three consecutive seasons from 1930–31 before joining the Cheshire League in 1933. After three years the club returned to the Lancs Combo, finally lifting the league title in 1956-57. A successful decade closed with Prescot twice reaching the first round proper of the FA Cup, going out of the competition away at Hartlepool United and Darlington.
They changed their name to Prescot Town in the 1960’s and spent the following decade in the Mid Cheshire League and the Cheshire County League, winning titles in both divisions. In 1980 changed their name back again and became founder members of the North West Counties League in 1982, winning the championship in 2002-03 and promotion to the Northern Premier League. They lost out in the play-offs in their debut season after a fifth place finish, but are currently in the Division One North section after suffering relegation in 2009.
The club is now been owned by its fans with a football committee formed from the Supporter's Club, which took over the reins of the club in the summer of 2005. 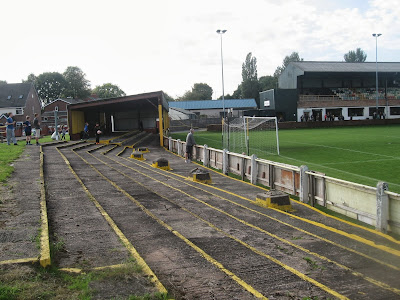 Hope Street opened in September 1906, hosting athletics and cycling and football in the shape of Prescot Athletic. The Hope & Anchor pub was originally used for dressing rooms until a converted barn was added then after the First World War the surrounding tracks were replaced with cinder banking and fencing. The aforementioned rework saw the ground made larger in both length and width plus new turnstiles, this was followed by the gift of a new stand on the west side and a new entrance on Eaton Street.In 1930 minor improvements were made and there was little change to the ground until August 1960, when a huge fire destroyed the grandstand.
The new stand was soon built in the classic design of this era, similar in design to those at Cheltenham and the old Christie Park at Morecambe. The stand has a built up seating area with the changing rooms and clubhouse found underneath. Access is gained via staircases at the sides and front, from the standing paddock below. Nowadays the stand is decked out in plastic flip seats in a range of different colours, which looks as if they’ve been giving leftovers from various old stands. There’s an excellent clubhouse which looks out onto the pitch, which has a large bar area, a club shop stall and Soccer Saturday on the TV.
The Hope Street end is fully terraced, forming a V-shape which is half covered and half open. The far side and top goal has a hard standing pathway with a built up grass bank which apparently you're not allowed to stand on, but that request is mostly ignored as its a good matchday viewpoint.
Hope Street is now known as Valerie Park and is shared with AFC Liverpool from the North West Counties League. The record attendance stands at 8,122 in a match with Ashton National in 1932 and has a capacity of 3,000, with approximately 500 seats. 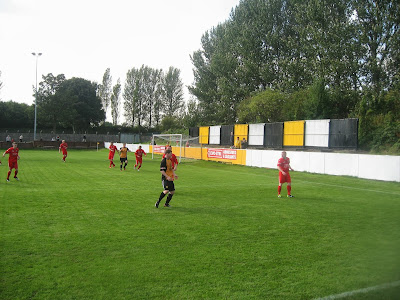 The Tigers were up against struggling Radcliffe Borough, who went into this game sitting bottom of the table with just one point from 7 games. The match looked to be going to the form book when Connor McCarthy met a right wing cross with a neat volley in the 13th minute - a worthy strike for the 100th goal I’ve seen so far this season.
Borough got themselves back into game on 56 minutes when a shot from Lambert was parried into the path of Chadwick for a tap in, but the home side responded immediately with a Mike Smith bullet header from close range.
With twenty minutes remaining the match turned on its head. Radcliffe equalised when a routine back pass saw ‘keeper Nick Culkin kick fresh air to allow Caldon Henson to slot home, then from the restart Cables instantly lost possession and the same play was allowed time and space to fire his team into a 3-2 lead.
Just as it was beginning to look as if the visitors were about to register a first league win of the season, a defensive mistake allowed Robert Doran to capitalise on a misjudged back-pass to make it all square. Then with time running out a cracking second half was rounded off with a peach of a strike from Enzo Benn firing in a first time effort from twenty-odd yards to make it a purr...fect result for The Tigers. 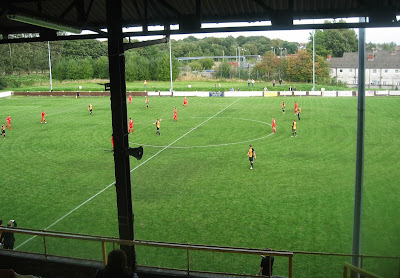 I had a great time at Valerie Park and on the whole a fabulous day in Liverpool. My personal experience of previous visits to Merseyside is the friendliness of the locals. Everyone who spoke to me at the match acted as if they’ve knew me for years, which makes a refreshing change from  - ‘who’s that daft bugger with the camera’  - which I’ve experienced in some other parts of the country. Apart from the ground tick I also marked off five new ‘Spoons(3 in Liverpool, Prescot and Bishop Auckland on the way home) found some great record shops and introduced the bairns to The Cavern, which apart from watching football, its the most enjoyable place where you can spend a Saturday afternoon.
Cheers Liverpool, it was another good'un! I promise it wouldn’t be so long until our next visit! 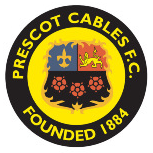 A great review, thanks. But please don't refer to Prescot as being associated with Liverpool, it never has been. Prescot is a great deal older.

excellent club, loved my time there