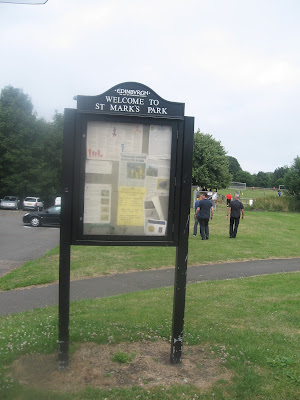 A birthday day out with the lads comprising of ale, football, followed by lashings of more ale has now become a traditional part of my built up to the new football season. Although birthday number 40 something is still 12 days away, this was the only free Saturday available before the big day on the 25th.

This year I decided on a visit to Edinburgh, one of my favourite cities in the UK. My companions for the festivities were Zippy, Jimmy Jimmy, Plymouth Pete and Honest Paul, the five of us departing on the 0841 train from Central Station
Apart from the pub crawl there was of course the large matter of which game to take in. There were plenty of good options, including Spartans debut in the Ramsden Cup,  but I decided that the best selection was the friendly between Craigroyston and East Stirling, who play just under a mile and a half from Waverley Station in the north-east suburb of Warriston. 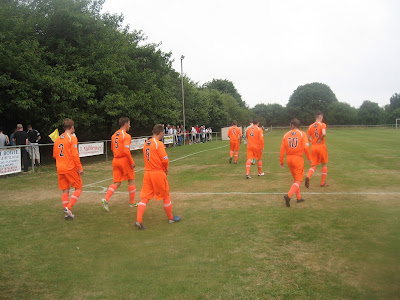 Compared to other clubs in the league Craigroyston are mere bairns when it comes to membership of the East of Scotland F.A. The club formed in 1976 when former Eyemouth United manager Rab Melrose moved to Edinburgh and decided to form a new club with several of his former players also moving from the borders to the Scottish capital.

The new club originally played home games at the Craigroyston community centre in the north of the city and named the club after their adopted home. After a groundshare with Spartans at City Park, the club moved to their current residence at St Marks Park in 1998.
Craigie have won a couple of honours, having tasted success in the Alex Jack Cup in 1994 and Kings Cup in 1997, as well as becoming 1st division champions in the 2005/6 season and winning the title again last season. 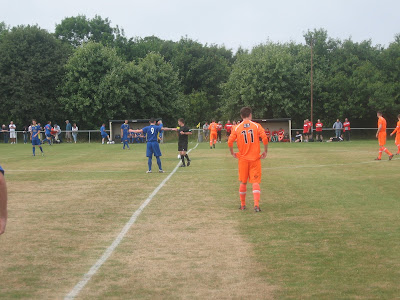 We arrived in the Scottish capital at 1025, making a beeline for George Street for a ‘Spoons breakfast in The Standing Order. Our pre-match pub crawl continued at The Alexander Graham Bell, Rose Street Brewery, Milnes and Clarks Bar before arriving at St Marks Park at 2.15pm.
The football ground is found at the edge of the park off Warriston Road. The club facilities are found in the car park, which includes changing rooms, club offices and a refreshment bar which sold delicious Scottish mince pies which I luckily claimed the last of which just before half-time. The pitch is fully fenced off with brick dugouts on the near side. The players emerge from the corner where there’s a small admission hut which charged us £4 but the match programme and raffle were free. 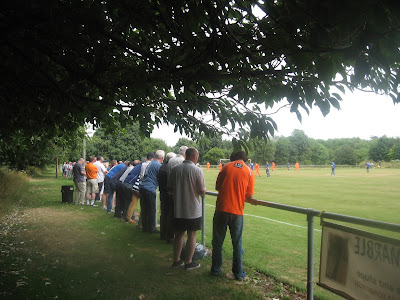 Craigroyston sporting a strip similar to the old Wimbledon kit faced East Stirling fully kitted out in a very bright orange combo, or as its football I should say tangerine.

The visitors bossed the game but chances were limited in the first half with the best effort coming from Jamie Glasgow whose dig at goal clipped the top of the crossbar. 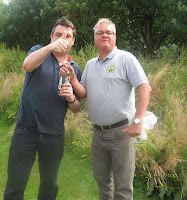 Shire took the lead on 57 minutes when a Quinn cross from the right was poked home by Jordan McKechnie, but Craigie grabbed an equaliser with twenty minutes remaining. The number 14 robbed the ball off Miller before eluding another tackle and steering the ball home. I asked one of the Craigie lads who scored and he said it was A.Trialist, that legendary striker who always finds the net, but he confirmed that his name was Andrew Johnston.
The winning goal arrived on 78 minutes, again Quinn supplied the cross which Kevin Turner fired into the bottom left hand corner.
Overall a good workout for the teams with some positives for both clubs going into the new season and to top off a great afternoon - Honest Paul won the raffle, claiming a dodgy bottle of Vodka with ticket number 188. 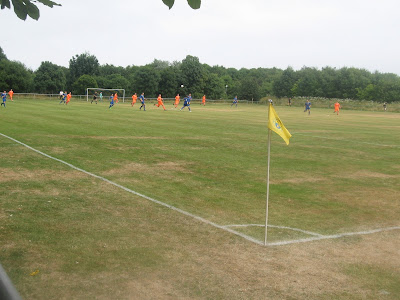 Afterwards we had a quick pint in Smithies, then headed back up to Rose Street, to check-in at the bookies and have an alfresco pint at the Abbotsford Bar.We still had time for bevvys in the Halfway House and the Jinglin’ Geordie,our ninth and final Edinburgh pub, where I had my best pint of the day - William Bros ‘Forth of July’ (5%)*****
We caught the 7pm train home, where a loved up Jimmy Jimmy managed to blagg us into First Class, so a nice relaxing journey which included coffee and blotting paper to absorb the large amount of alcohol. The heavy drinking session continued in Newcastle until I staggered to the bus stop at 25 minutes to midnight, having enjoyed a terrific day out with the lads, who were great company and made it another memorable birthday-type-thing day out on the lash.