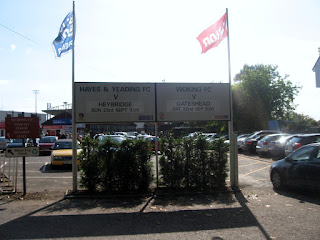 My furthest daytrip so far this season took me in to deepest Surrey to cross off one of the remaining Conference grounds needed to complete the set.
Woking is a large town and civil parish in the west of Surrey, which forms part of the Greater London Urban Area. The town was first mentioned in the Domesday Book as Wochingas, as the site of an 8th century monastery.
Woking is where the Martians first land in H. G. Wells' science fiction novel The War of the Worlds, which was also released as an album with accompaniment music, however the first time I heard Woking mentioned on vinyl was by one of my favourite bands of all time. 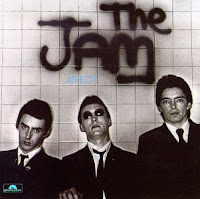 The Jam were three lads from Woking, whose debut album In The City was released in 1977. Side Two/Track 2 is a song titled Sounds from the Streets which has the lyrics;

I know I come from Woking and you say I'm a fraud
But my heart's in the city, where it belongs

The Jam’s 1982 number one smash hit "Town Called Malice" took inspiration from the town and Paul Weller’s solo career includes the album Stanley Road, the name of the street where he grew up in a small Victorian council house in the Sheerwater area of the town. 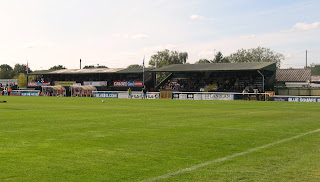 Woking Football Club formed in 1889, known as “the Cards” because of the Cardinal red on their red and white halved shirts. The Club’s first competitive action was in 1895/96 in the West Surrey League, winning the title in in their debut season.
The club history would have been a brief one if it wasn’t for a splendid FA Cup run in the 1907-08 season. Woking battled through the qualifying rounds and their reward was a First Round tie away to Bolton Wanderers. Although they lost the game 5-0, the match brought national attention, with their illustrious opponents playing a friendly match at Woking the following season, the gate receipts keeping the club financially sound.

A large chunk of Woking’s history has been in the Isthmian League, stretching over 80 years, and although they finished runners-up on a couple of occasions, the title wasn’t won until the 1991-92 season, which gained promotion to the Conference.
The club had earlier enjoyed Wembley success, winning the FA Amateur Cup in 1955, before dominating the FA Trophy in the mid-90s, with a hat-trick of victories in the space of four seasons. During this era The Cardinals also finished league runners-up twice to Macclesfield and Stevenage in the Conference. The club are current Blue Sq.Bet South  champions, which sees a return to the Premier division after a three year absence 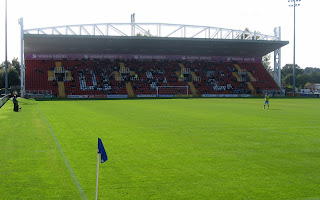 Woking played their first competitive game at a ground on Brewery Road, before moves to Pembroke Road at the turn of the 1900’s, then Hobb’s Meadow after the First World War.
In 1921 the club and Woking Football and Sports Ground Co Ltd worked together to purchase eleven acres of land in the Kingfield area of the town, which also included cricket and hockey pitches and a dozen tennis courts. The ground was officially opened in June 1922 with the first match taking place on 26th August against Tufnell Park, the Isthmian League game finishing 1-1.

The first construction was a steel framed stand with dressing rooms underneath, with a second structure added in 1928, which was financed by the supporters club. Both these stands are still alive today, the older stand(which looks its age)sits on the half way line, with five rows of red and green flip seats, press area and MC box. The stand is built up above the dugouts with entry via staircases at the front, and also has a low peaked roof, so if you’re sitting at the back, the ball disappears of view if it’s booted into the sky. Next to the stand is a small open terrace which is known as "moaners' corner" with the second stand at the other side which is similar in style, the five rows of benches now have bolted red and blue bucket seats.

More major improvements were made during the 1950s and 60’s which included terracing, new clubroom complex and four 100ft floodlight pylons in November 1964.
The next decade saw concrete terracing added at Kingfield Road End and a covered “Bus Stop” at the Westfield end, before major work in the early 90’s in preparation for promotion to the Conference, which was funded by successful runs in the FA Cup. The old covered terrace was replaced with a disabled stand, club shop and offices and a pitch length terrace, now called the Chris Lane Terrace opposite the stands.

The newest construction at Kingfield is the 2,016 capacity Leslie Gosden Stand, built in 95/96 and financed by the local council with a £250k grant from the Football Trust. The stand towers over the rest of the ground from behind the goal, decked out in red with WFC picked out in white. During construction work the rest of the ground was revamped with new floodlights, entrances and turnstiles. The roof on the Kingfield Road End behind the opposite goal was extended and additional steps added to the Chris Lane Terrace.

The completed stadium has a capacity of 6,036 with 2,500 seats and the official record attendance is 7,020 for the FA Amateur Cup match against Finchley in 1957-58.
The stadium is currently shared with Hayes & Yeading, who moved in last season as they await the completion of The Warren which is due to be ready before Christmas. 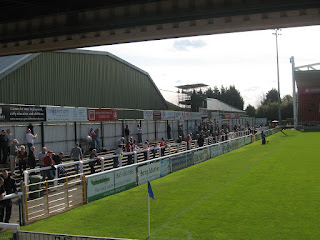 My matchday went exactly as I had planned. I left 100FgC HQ at 5.40am, taking a stroll over the town to catch the 0630 to Kings Cross, which is the first train from Newcastle to the capital. I prefer this service, because it gets me into that there London early, plus its nice and quiet which means there isn’t some moron using my seat as an extended picnic table.
On arrival I took the tube down to Tower Hill, not to see the Tower of London, but to tick off another two unvisited ‘Spoons; The Liberty Bounds where I had my breakfast and Goodman’s Field.
My next tube stop was Tottenham Court Road, where I visited some specialist shops in Soho.(No not those ones…Eddy)I was delighted to pick up a vinyl copy of El Rey by Wedding Present for £6.99 from Sister Ray and a cracking Skatalites LP in Reckless Records for a fiver(What a bargain!…Eddy)
I then headed to Waterloo to take the 20 minute journey down to Woking, where I met up with Squad#169 Captain Carter, Squad #185 Simon Grobari and Tracksuit Mark in The Herbert Wells, which completed another JDW matchday hat-trick.
One thing I’ve noticed since Gateshead returned to the Conference is the supporters of the host club always ask us the same question, “What time did you set off and how long did it take?” This question was asked more prominently today, with our answer received with shock and awe and much praise, you would think we lived and travelled from the other side of the world not the other end of the country, it's only Newcastle not New Zealand! 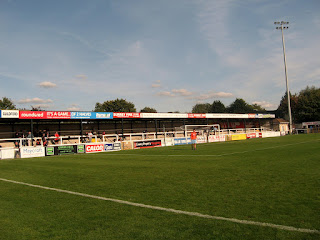 I’ve wrote this before and it’s been mentioned by football fans many times in the past; Why is it that a good day out is ruined by 90 minutes of football?
Woking kept up their recent good turnaround in form with a third win on the bounce, as for the Heed, they looked poor in the first half, failing to adapt to the late withdrawal of captain Ben Clark with a hamstring injury in the warm up.
The hosts took an early lead on 6 minutes when a shot from Parkinson took a deflection which wrong footed ‘keeper Bartlett and they continued to pose the reshuffled Heed defence problems with some neat passages of play.
Gavin McCallum went close to doubling the lead when his fierce shot whistled over the bar, but was recompensed after Kevin Betsy produced a penetrating run through the Gateshead defence, taking the ball to the by-line before laying it on a plate for Betsy to score on 26 minutes.
The Tynesiders almost pulled a goal back just before the interval, when a corner kick found the head of Carl Magnay, his effort hitting the top of the crossbar.
Gateshead vastly improved in the second half with Phil Turnbull taking the game by the scruff of the neck, driving the team forward and he halved the arrears on 68 minutes, getting on the end of a right wing cross to fire home from 12 yards.
Gateshead’s efforts to salvage a point wasn’t helped with the dismissal of Chris Bush on 81 minutes, however they nearly snatched a draw with a controversial hand ball shout denied by the referee and with virtual the last kick of the game, Turnbull saw his shot agonisingly go over the bar.
Overall Woking deserved the victory and they'll do ok this season, but the game was won in the first 45 minutes with Gateshead playing well when it was too late. 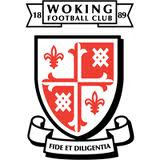