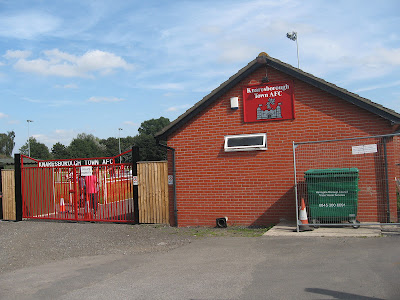 Earlier this year I visited the historic market and spa town of Knaresborough in North Yorkshire, and although I had a pleasant afternoon in this lovely part of the Borough of Harrogate, my day felt incomplete without a decent pub crawl and a match to attend, so I rectified this with an early season visit to Manse Lane, the home of the newest members of the Northern Counties East League.

Knaresborough is located on the River Nidd, just a few miles from Harrogate and is mentioned in the Domesday Book as Chednaresburg or Chenaresburg. The town provided a market in 1206, but was not granted a Royal Charter until 1310 by Edward II and a weekly market is still held in the market square.
The town is well known for its Norman Castle, built around the turn of the 12th century. During Edward II's reign it was occupied by rebels and was later invaded by Scots who burned much of the town and the parish church. In 1328 Queen Philippa was granted "the Castle, Town, Forest and Honour of Knaresborough" as part of a marriage settlement by Edward III, along with the restoration of the parish church. After her death in 1369, the honour was granted to their younger son, John of Gaunt.
During the Civil War following the Battle of Marston Moor in 1644, the castle was besieged by Parliamentary forces and eventually fell in 1646, with Parliament ordered its destruction with the locals looting the stone for building, much of the town centre is built of castle stone.
Nowadays the castle remains has the Courthouse Museum and other sights in the town includes Mother Shipton's petrifying well, The House in the Rock and the site of Ye Oldest Chymist Shoppe in England, opened in 1720.
Every summer since 1966, the town has hosted the "Knaresborough Bed Race" Specially decorated tube frame beds parade through the town pushed by six runners and one passenger followed by a push race through the town. Last year the event attracted 25,000 people to the event. 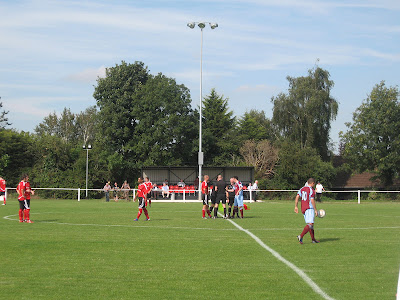 Knaresborough Football Club formed at the turn of the 20th century, known as the “Borough” or “the Niddsiders”, playing home matches at the Crag Top ground. They were a successful team in the York Football League during their early years, winning the title three years on the bounce from 1902-03 season. After this initial success the club tried their luck in the Northern League, but only lasted two seasons, re-joined the York Football League in 1911-12.
After World War I they returned to the York League, which they won in 1924-25, repeating the success the following season and a further three league titles between the two wars. During this era the club resigned in 1930, but returned two seasons later under the name Knaresborough Town Football Club.
After the war the club played between the West Yorkshire League and the Harrogate and District League (3 titles in the mid ‘60s) and also moved to their current ground at Manse Lane at the end of the 1950s.
In 1993-94 they were admitted into the West Yorkshire League, winning the Premier Division League Cup final in their first season. The club have achieved a top four finish over the last five seasons, peaked at top spot in season 2008-09. During the summer a successful application for promotion was granted and this season Town have kicked off in the North Counties East League Division One. 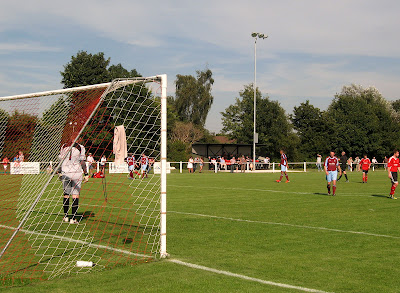 I departed Newcastle for York at noon; my connection train added a further 25 minutes to the journey so I arrived in Knaresborough at 1335. My wander around the town included refreshment stops at Blind Jacks, where I had the perfect 5* pint(Magic Rock ‘Curious’ 3.9%)plus the George & Dragon and a return to the Cross Keys, which I visited on Easter Sunday, when on that occasion I had to make do with a measly half to accompany my dinner.
The Manse Lane ground is a 10 minute walk out of the town centre, along the York Road(A59 ) and just off the junction with Wetherby Road. The main entrance is situated in the corner of the ground, as I went through the turnstile I was offered a ticket for the ‘Big breakfast raffle’ on which I declined, telling the gent that “I won’t be here in the morning” which raised a giggle amongst the club officials.

On entering the ground the changing rooms block and Waites Bar clubhouse are at your immediate right. During the 2008-09 season the old clubhouse became the changing rooms and a new clubhouse was built, which is quite spacious with a seated terrace at the side.
Improvements were made in the summer in preparation for promotion. The main stand was built at the far side, which is one those basic meccano type stands with four rows of about 70 red and black seats. Floodlights were also installed, three at each side and the previous summer new brick dugouts. There are also future plans to build a covered terrace behind the nearside goal. 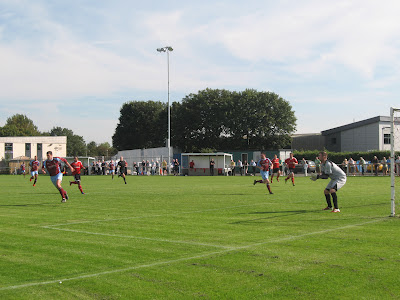 Knaresborough Town came back from an early setback to win at home in the league for the first time this season. Emley went ahead after only 90 seconds when Dean Wharam got on the end of a low cross to poke home from six yards, then continued to dominate the early stages, having decent chances to increase their lead.
The home side improved and grew with confidence as the game progressed; equalising courtesy of a Dave Thomas penalty after a push on Ben Clayton, then the same player went close just before the break, his header rattling back off the crossbar.
The turnaround was completed in the 70th minute when Steve Bromley ran on to a through ball before firing home. Town had to withstand some late pressure but managed to see out the game and hold on to a well-earned three points. 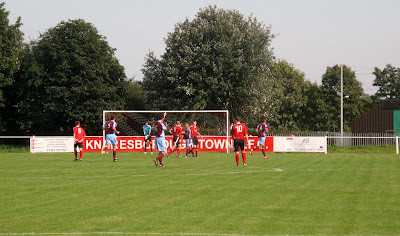 My train back to York was due at 1721 so I had time for a bevvy in The Mitre. When I located the pub I was pleased to find it next to the rail station just across from the York platform. I also had time for a gargle in the Punch Bowl before the 1832 back to Newcastle.
I had been really looking forward to this outing as I’m quite fond of this part of Yorkshire, as well as Knaresborough I also love visiting Ripon and Harrogate. One of my Twitter follower’s @knockernorton1 tweeted me yesterday, asking how I enjoyed my visit to “God’s Country” and as I’ve watched football in all four corners of this land, including some ugly backwaters of which I best not mention, I can only be in agreement with his assessment of the northern section of England’s largest county.

I really like your blog and have one with similar information. If you have time check it out.
The best siteGround water