Now that the calendar has flipped over into July and the international summer feast of football is over - I can now officially declare the start of the 2012-13 campaign, so I would like the begin by wishing everyone a Happy New Season!

During the "summer" there’s been a few minor alterations to the website. The main changes are above ^ ^ ^ with all internal links found in page form including all my blogged match days in the A-Z index.

Having finally managed to get ‘The 92’ monkey off my back last season, I’m no longer tied to chasing Football League grounds this season, meaning I’ll have the pleasure of visited more non-league grounds with my main priority being the four uncharted Conference grounds(Newport on a Tuesday night!…Eddy) along with visiting Scottish League venues plus hopefully some European adventures. Future changes at my place of work however may mean my travelling could become restricted, but on the other hand I could be coming into more time off, I’ll just have to wait and see what fait has in store. 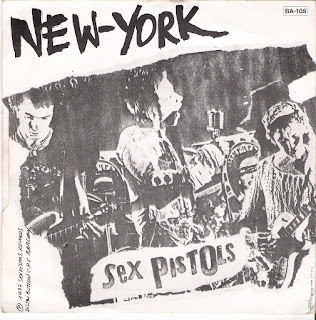 In this Jubilee year there is a brand new stadium added to the Football League list, when I say jubilee, I of course mean the 35th anniversary of Punk Rock’s zenith. In 1977 Mr. Rotten sang about “An imitation from New York” so as a tribute and to recognise this important anniversary I’m changing the great man’s lyrics slightly with ‘An invitation to New York’ The NY in question being Rotherham United’s New York Stadium.

I’ve booked trains to visit the stadium on 18th August for The Millers opening home League Two fixture against Burton Albion. Hopefully some of my fellow members of the 100FgC Squad can join me as this is an ideal matchday venue. The stadium is situated in the town centre, 5 minutes from Rotherham Central station with the added attraction of 3 ‘Spoons pubs and a couple of GBG listed pubs to be had. That last sentence has hopefully persuaded some of you to head to South Yorkshire and join me.

Full details about the event can be found on the 100FgC (fan)Club Facebook page
on July 02, 2012
Email ThisBlogThis!Share to TwitterShare to FacebookShare to Pinterest