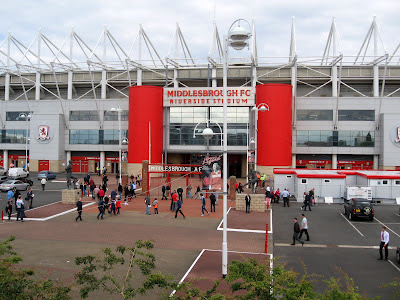 As the Riverside Stadium hasn't featured on 100FgC, I've put together an album of pictures from the Team GB warm up matches featuring both women and mens teams which took place on Teesside last night.