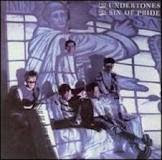 mentioned. At the time I was still living at my Mam’s house, lazing around in the sitting room with Ian Patrick, two typical dole wallers listening to The Undertones Sin Of Pride album whilst waiting for the racing to start on TV.
In our 40 plus years of friendship, we’ve always tested each other on football trivia. On this particular day there was one of those guides to the football season, free with an earlier issue of Match magazine lying on the coffee table. We were testing each other on football grounds and the quiz led to chat about how many grounds we had been to so far and the idea of one day completing the set. 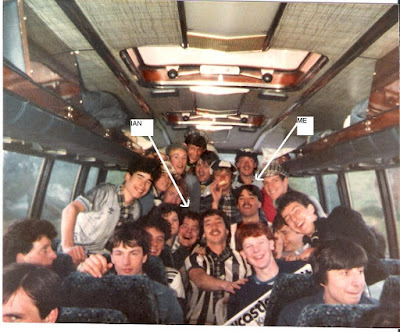 After a wholehearted agreement was made, we looked at making a start at Newcastle United’s next away fixture at Stamford Bridge, which was a perilous ordeal in 1983, but if we harboured ambitions of doing all the grounds then we had to take our lives into our own hands and run the risk of the Chelsea Headhunters.
We survived the daunting trip to west London. A couple of wayward bricks failed to cause any damage to our coach plus we had the added bonus of a Toon victory, so that was ground number 23 successfully ticked, which meant I was already a quarter of the way to achieving my goal.
The following season United looked a good bet for promotion, so I tried to get to as many of the previous uncharted Second Division grounds as possible, then the following season in the top division I made my debut at the homes of the country’s top clubs to finish the 1984/85 season on 46 grounds, so I was now half way there, so far so good. 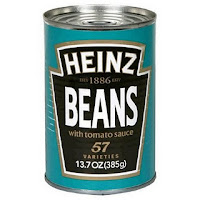 After this successful spell I spent the next few years treading water, trying to tick grounds while only supporting your team gave little chance of making major progress. Living in the north-east is a big disadvantage as well because all roads lead south, so attending neutral games isn’t as easy as living in the middle of the country when you have all points of the compass to aim at.
The dawn of the 1990s began with a trip to Reading in the FA Cup, as I reached my half century at Elm Park. From then on it became a case of two steps forward then four steps back, relegation into the Conference and ground moves meant I couldn’t get past the number 57. I first peaked at this total at Meadow Lane in 1993, then at St Marys in 2002, Darlington Arena in 2007 and Sincil Bank in 2008.
When I next hit “the Heinz” at the Keepmoat Stadium at the beginning of the 2008/09 season I never looked back, as I now regularly ground bagging at neutral matches, ticking off another 8 to finish the season on 65, with Luton Town’s relegation adding the predictable Forth Bridge syndrome to take the running total to 64.
The 2009-10 season began a new dawn in my football supporting life.After a lot of soul searching I made the decision to pack in my season ticket of 27 years at NUFC. There were many reasons why I parted with my seat in the Gallowgate End, one of which was so that I take some time out from St James Park and concentrate on getting The 92 Monkey off my back. 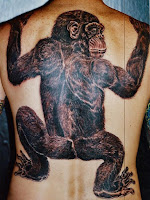 I was one of the few Toon supporters that welcomed relegation to the Championship, I felt at the time that the club needed to get rid of the overpaid “star” players, to basically start again and come back stronger, but a more selfish reason was that I could tick off Preston, Plymouth and 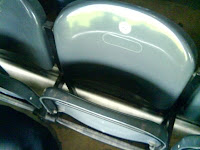 the two grounds in south Wales.
The season was a good one, not only did Newcastle win the Championship title but I bagged 14 League grounds to finish off with a healthy 78, of course that was before the Forth Bridge painters kicked in again, taking four away which meant I still had 18 left to do.
I approached 2010-11 campaign obsessed with finally completing the set in one and a half seasons, setting myself a finishing line target of Christmas 2011. Last season I played a blinder, scratching off a mighty fine 16 to finish the season on 89, with naturally the two steps back meant I only had 5 left to do in the first half of the new season. I managed to bag the last handful with ease this season, the only hiccup being ticket issues at Brighton which I got around by buying a ticket for the away end.
So after 28 years since a couple of spotty teenagers spent those long work-free days talking about lasses, records, betting and football trivia I finally arrived at the Amex Stadium, my much sought after “Shangri-La” and a major cross off my bucket list.
With that box now ticked I can start thinking about completing other bucket list targets, the likes of skydiving, standing at the top of the Empire State Building, doing the Coast-to-Coast walk and if I’m really really lucky an Ménage à trois! But whatever else I manage to achieve it won’t give me the same satisfaction as completing The 92, its took a long time but nonetheless, it’s been an awarding experience 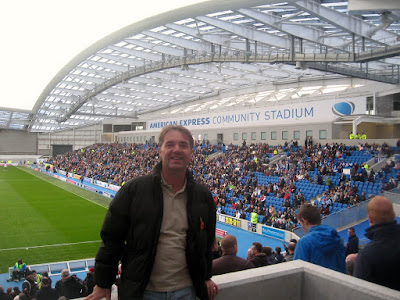 on November 07, 2011
Email ThisBlogThis!Share to TwitterShare to FacebookShare to Pinterest

WHAT A BEAUTIFUL GROUND FOR £100M.I GOT A TOUR OF THE GROUND THROWN IN AS WELL. AN ADDED BONUS.

Congratulations on finishing the 92 Shaun!