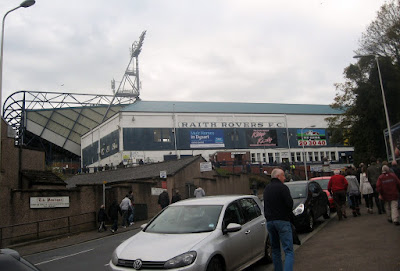 I first clapped eyes on Stark’s Park whilst travelling on the east coast line from Edinburgh to Dundee and since then its been a ground that I’ve been looking forward to visiting, not just for its unique appearance but because it’s the only ground with a rhyming name in senior fitba.


Raith Rovers formed in 1883 in the former royal burgh of Kirkcaldy on the northern shore of the Firth of Forth, the largest populated town in Fife. The town takes its name from the Pictish words Caer and Caled which translates as "place of the hard fort" or "place of Caled's fort". Kirkcaldy has long been nicknamed the Lang Toun in reference to the nigh mile long main street, which eventually stretched to four miles when the burgh boundaries were extended to the neighbouring hamlets of Gallatown, Linktown, Pathhead and Sinclairtown in 1876 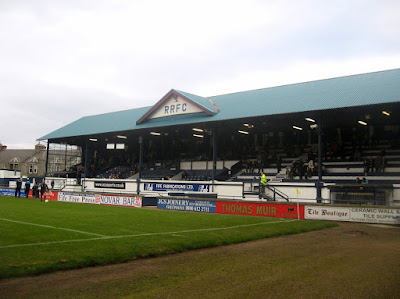 Raith isn’t actually a settlement but an area of land that once stretched from south of Loch Gelly as far as Kirkcaldy. The Battle of Raith is said to have taking place here, when invading Angles forces defeated an alliance of Scots, Britons and Picts under King Áedán mac Gabráin of Dál Riata. There is also a Raith House and Raith Tower which sit on Cormie Hill to the west of the town and several parts of the town are build upon the Raith estate.


Although there were other football clubs in the shape of Kirkcaldy United and Kirkcaldy Wanderers, Rovers were the most successful team in the town, turning professional in 1892 and became the first club in Fife elected to the Scottish League in 1902/03


The club played at two previous grounds until settling at Robbie’s Park, then in 1891 were forced into a move when the land was incorporated into a new public estate called Beveridge Park, named after Provost Michael Beveridge. The team moved a short distance, transported their pavilion along Pratt Street to Stark's Park named after and run by councillor and licensee Robert Stark. 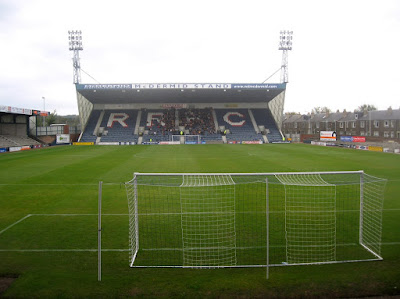 The Archibald Leitch Grandstand was built in 1922 and was partly funded by the sale of Alex James to Preston North End, replacing the original main stand which was destroyed by fire in 1918. The L-shaped structure still stands today, its main feature being the gable roof with the RRFC and club crest an the facia. The stand runs from the corner of the ground to half way which leaves the other half filled with unused terracing. The players emerge from a proper tunnel as the changing rooms are under the stand with the team dugouts pitchside. The stand is furnished with a mixture of old and new, with wooden flip seats and a section of bucket seats. The pavilion remains largely unchanged apart from remedial work and upgraded seating and a new metal roof in 1999.


Major developments were made to Stark’s Park during the 1950s after a record gate of 31,306 against Hearts in February 1953, with new concrete terracing and partial cover behind each goal, which along with the "coo shed" opposite the main stand meant there was cover to all four sides of the ground. Shortly afterwards four large floodlight pylons were added with the cost of the improvements mostly subsidised by the sale of star players like Jackie Stewart to Birmingham City, Jim Baxter to Rangers and Jimmy MacEwan to Aston Villa.


The Railway End shed was replaced with a new roof and seats in 1981 which also ran half pitch length, which was later extended in 1996. It’s now easy to see the two separate stands as there is no seats in the empty stand, which is unused apart from the TV Gantry and a large Rovers supporters flag.


Raith won their first major honour in 1994 after lifting the League Cup(Coca-Cola Cup) by causing a major upset in defeating Celtic 6-5 on penalties after the final finished in a 2-2 draw. This success meant to club qualified for the UEFA Cup and with the extra revenue two new 3,370 all seated stands were built behind each goal by Barr Construction.
The stands are decked out in dark blue with white lettering amongst the seats, with the main feature the floodlights perched in each corner of the stands. The McDermid Stand is set aside for away supporters and the overall capacity stands at 10,104.


During the clubs UEFA Cup campaign they faced eventual winners Bayern Munich at Easter Road due to their own grounds limited capacity with the Germans returning to the San Starko when the all-seated stadium was complete. 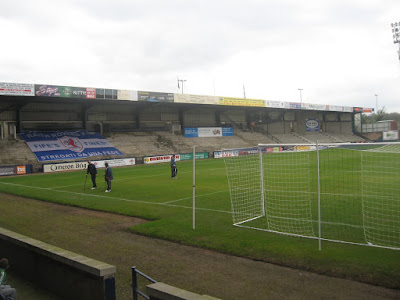 The Scottish Division One clash with Partick Thistle got off to a drab start, looking like of a potential nowts each draw which wouldn’t have pleased the three special guests in attendance. Those being myself, Squad#155 James Little and former PM Gordon Brown, who seemed to spend the game sitting in the pavilion checking his phone. (Probably checking on the Heed score as well…Eddy)


Raith took the lead on 31 minutes when a corner kick to the far post was nodded back across goal into the path of Laurence Ellis who tapped the ball home to score on his 300th appearance for the club.
The second half was much better with Rovers doubling their lead on 56 minutes through John Baird, giving plenty of time and space to nod home from six yards. The hosts won comfortably and could have expanded the score line, while Thistle depending on long range efforts, lacking a cutting edge in front of goal.


So it wasn’t exactly a vintage performance from Raith, nothing to get the Rovers fans so excited that they’ll be "dancing in the streets of Raith tonight" (in tribute to Sam Leitch) 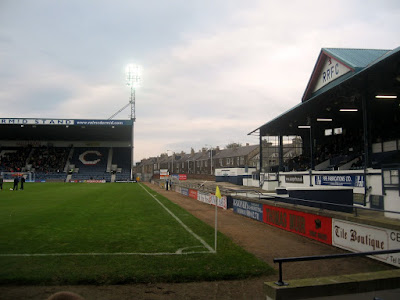 After enduring long journeys south so far this season, it was nice to take a short trip north, leaving Newcastle on the 1144 direct train to Edinburgh. On arrival I met up with James the Hearts fan (I refuse to call him a jam tart!) for the rest of the jaunt across the Forth which took about 40 minutes.
On arrival we planned to call for a pint in the Starks Bar, but the boozer is now closed and boarded up. However we spotted three gents walking at a swift pace meaning they must surely be heading to a pub, so we followed them until the big red capital T emerged in the distance, which in these parts is a sign of a pub which sells Tenants Lager. The Estuary pub is on Links Street and had a mixture of Rovers and Thistle fans watching the football on TV.


Afterwards we were back in Edinburgh by 5.30pm which gave me an hour before my train home, so we had time for a pint in the Cask & Barrel(Swannay 'Orkney Best' 3.6%***) before James dropped me at the train station where I still had time for a drink in the Halfway House (Barneys Beer 'Pale Ale'3.8%***).


I was nice to be home early, back in 100FgC HQ by 8.15pm, but unfortunately there always has to be a fly in the ointment! I finished the ‘My Matchday’ report on the train which I was due to publish when I got home until it suddenly disappeared from my laptop and into cyberspace, which meant I had to write this whole article again from scratch. Also to make things worse and rub salt into my wounds, the breadknife was watching that effin X-Factor on TV, which all resulted in a disappointing end to the days events.
However these trivial things couldn’t spoil a great day, which was mainly due to Squad#155 for make the trip possible by picking me up at Waverley and driving across to Fife. My mission of finishing the English 92 is almost complete and I look forward to more trips north of the border in the spring when I’ll start chipping away at the Scottish 42. 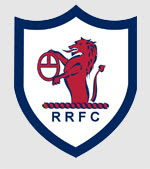 Excellent. I'm surprised you left the Estuary bar alive - well done. At £17; admission do you think it is worth that ?