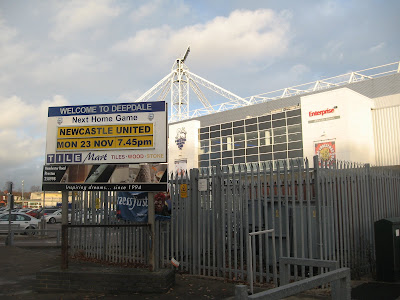 Preston is a city in Lancashire on the north bank of the River Ribble, becoming England’s 50th city when granted city status in The Queen’s Golden Jubilee year in 2002 .
Preston was established by the Saxons, the name deriving from Old English; Presta and Tun meaning “Priest settlement” and appears as “Prestune” in the Doomsday Book.
Preston developed during the Industrial Revolution became a large populated industrial area with the expansion of textile manufacturing, although the town has produced textiles as far back as the mid 13th century weaving locally produced wool.

Preston North End formed in 1863, becoming founder members of the Football League and the very first League champions and ‘double’ winners in 1888-89.
The club originally played on Moor Park from 1867 until moving across the road to Deepdale Farm in 1875. In its formative years it staged cricket, athletics and rugby, with association football being the last in 1879, but within two years it hosted only football. By the end of the century Deepdale had two stands with a press box on the west side with banking and fences constructed around the rest of the pitch. 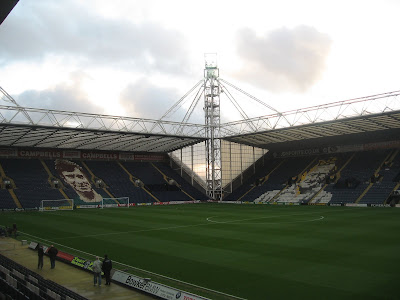 The first major work came in January 1906, with the construction of The Grand Stand on the west side which proudly stood for ninety years. The stand had a distinctive barrel shaped roof with a line of thin white iron support poles. The upper seating was made up of wooden benches with an open terrace, it also housed the dressing rooms and club offices.
It’s replacement the 8,000 capacity Main Stand was constructed in 1996 at a cost of £4m. What makes Deepdale so unique are the faces of North End legends portrayed within the seats, this stand is named after Sir Tom Finney with his image seen at the south side of the stand.

The Fulwood End was originally a large Kop when extended and covered at a cost of £19,000 in 1921. It’s curved terrace met the stands to the west and east with the roof at the rear of the stand. The stand was rebuilt in 1998, named after a legend who is also renowned on another Kop - Bill Shankly. The 6,000 capacity has the former Preston and Liverpool legend’s image situated centrally amongst the steep bank of dark blue seats. 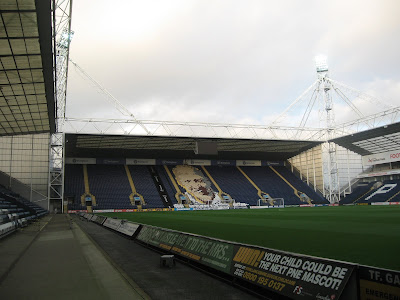 The Town End terrace was first covered in the 1930’s with a plain pitched roof and was reconstructed in 2001. The Alan Kelly Stand has the former North End ‘keeper’s centrally position and is identical in design to the Shankly Stand.

The Pavilion Stand was made up of two separate stands. The first pavilion was built in 1934, the £9,000 capital raised through a share issue, it also had new offices and stylish boardroom. The South Pavilion was completed two years later which made the appearance of one long stand.
The new look Deepdale was completed on the eve of this season, the pavilions replaced by the Invincibles Stand, named after the famous double winning side. The stand has a smaller tier with PNE FC picked out in white. The stand also has a section of seating at the front as a replacement for team dugouts. There’s DEEPDALE and PRESTON in blue neon light at each side of a wall clock, with hospitality suites at the top which aren’t completed and are likely to remain so until the club ever reach the Premier League.

The new look Deepdale is modelled on the Stadio Luigi Ferraris in Genoa, the tall floodlights in each corner forming a link between each equally proportioned stand.
Deepdale is the longest continuously used ground, 134 years and counting, the biggest attendance is 42,684 for a Division One clash with Arsenal in April 1938. Also within this time was eight years with an unpopular plastic pitch, which was laid in 1986 before being ripped up in 1994. 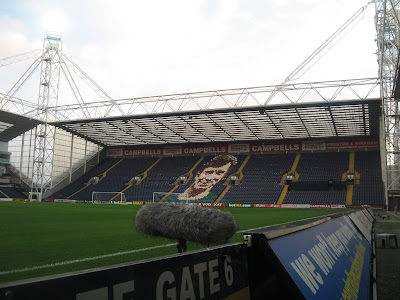 Newcastle leapfrogged West Brom to regain top spot in the Championship, thanks to a second half strike from top scorer Kevin Nolan.
An even and uneventful opening period sprung into life with the home side finishing the first half strongly. Parry went close with a close range header, then Chaplow capitalised on a mistake by Guthrie but his shot sailed over the crossbar.
Just before the break a good interchange of passes left Mellor with a clear effort on goal, but he managed to scuff his shot which Harper dealt with easily.
Chances were limited in the second half. Mellor again wasted a good opportunity on 67 minutes then substitute Ranger had United’s first decent effort of the game, his shot going narrowly wide of the post.
The crucial goal came on 74 minutes, Guthrie found Nolan in the box and with his back to goal, he managed to turn and shoot, his left foot effort finding the far corner of the net.
Preston substitute Eddie Nolan almost snatched an equaliser on 79 minutes, but his ferocious shot was well saved by Harper, then with time running out Guiterrez could have wrapped things up but wasted a golden chance by typically lacking composure.
Not the greatest performance by Newcastle, but in this league it’s the result which matters. I’ll happily settle for this kind of display for the remainder of the season if this ends in United finishing within the top two in the Championship table. 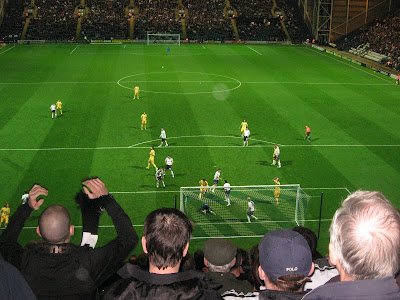 At long last, me and Ian have finally got to Deepdale. We’ve only waited 29 years. In October 1980 Newcastle were away to Preston in a midweek Division Two fixture. At the time we were both 15 and in our last year at school. We decided we were going to ‘knock off’ in the afternoon and get the Supporters Club coach to the match. In the end we didn’t make it, deciding to pay the extra few quid and go to Bristol City the following Saturday instead, keeping Preston for next season, but next season never came.
North End were relegated at the end of the 1980-81 season, then dropped like a stone through the divisions, within four years finding themselves in League Division Four.
We’ve willed them on in the play-offs, they’ve reaching the knock out stage of the season four times and lost in the final twice, so finally it’s taking Newcastle’s relegation to get us our much anticipated visit to Deepdale.
We - that’s myself with Ian(squad#2)Lee(squad#79) and Tom, headed off at 12.30pm. The reason we left so early is because I wanted to arrive before it got too dark. I had contacted the club last week, asking if it was possible to gain access into the ground to take some pictures for 100FGC.
I would like to thank Treve Whitford, he promptly replied to my emailed, letting me know I was welcome to come and take photographs inside Deepdale. Once we arrived we headed to the club offices and Treve was waiting to give us our very own guided tour. We walked around the perimeter of the pitch and I managed to get some quality photos of an empty (apart from the men from SKY) Deepdale stadium.
We then took the short drive to the Sumners pub, taking advantage of the car park, stopping for bait and liquid refreshment before heading back to the ground to visit the National Football Museum.
Never mind the football it’s worth visiting Preston just for the museum, there’s a large collection of football memorabilia dating back to the 19th century, including an England shirt from the very first international, the 1966 World Cup ball and the substitute Jules Rimet trophy (and yes, it was still gleaming) We spent a good hour looking around, if your yet to visit the museum it’s a must see and it’s even free admission.
And so we’ve successfully ‘ticked off’ Deepdale. The fixture we missed out on in 1980 saw a 3-2 victory for United, with a rare brace from Bobby Shinton and the unique treat of a goal by Billy Rafferty. That would have been well worth seeing but I wouldn’t have got a personal view of the ground, visited the museum and on top of that we saw a Toon away win anyway, which means after being delayed for almost 30 years, our visit to Deepdale was very much worth the long wait. 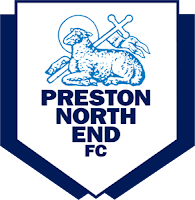 Ground no.234 Deepdale - Matchday Webalbum (21 pictures)
(more ground pictures including some inside the museum can be found on Facebook page)
Posted by Shaun at Tuesday, November 24, 2009