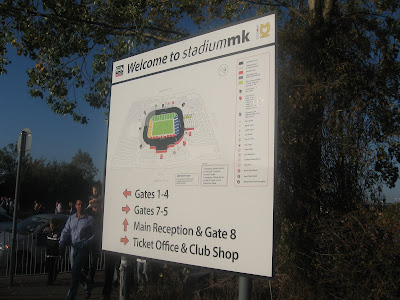 Milton Keynes is a large town in Buckinghamshire, designated in 1967 as part of the Governments plans to regenerate a new town in the South East, to relieve the housing overspill in London.
The merger of the existing towns of Bletchley, Stony Stratford and Wolverton, along with a further fifteen villages in between made up a total area of 34 square miles. Amongst those was a small village situated east of the planned town centre, which gave the new town its name - Milton Keynes. 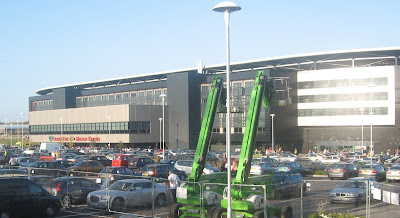 The fairytale of the birth of MK Dons is well known, it’s the classic tale which even now still seems a bit far fetched, as it’s never happened before and very unlikely to ever happen again.
It all started when local businessman Peter Winkelman had plans to develop a new stadium in the town, the problem was he didn’t have a professional club to play there.
He cast his eyes over a poor little club in South London, who had been homeless for 12 years, after unsuccessful attempts to move back to their true home in the London Borough of Merton.
He wanted the Dons of Wimbledon to ‘Come to Milton Keynes’ with promises of a home of their own which would be a financially sound and secure the club‘s future. The story reminds me of that song by the Style Council;

May I walk you home tonight
On this fine and lovely night tonight -
Well walk past the luscious houses,
Through rolling lawns and lovely flowers -
Our nice new town where the curtains are drawn
Where hope is started and dreams can be borne.

By 2002 the club was in financial ruin and more desperate to move to a new location to survive, after being approached by a consortium which including InterMK Ltd with a blueprint for a new stadium. The Dons agreed and The FA sanctioned the move in May 2002.

The 62 mile move north was met with anger from the supporters of Wimbledon and all football fans alike. The club lost the majority of its loyal fan base shifting their alliance to the newly formed AFC Wimbledon, with the rest of the football fan family boycotting games featuring the Dons.
Mounting debts saw the club go into administration in 2004 and were also relegated to League One. Winkelman then purchasing the club, his promise of the move being financially rewarding having failed.

I was looking for a job so I came to town
I easily adopt when the chips are down -
I read the ad about the private schemes
I liked the idea but now I’m not so Keyne.

Once the club was sold Winkelman announced he was renaming the club to Milton Keynes Dons FC, as well as changing the club colours and crest.
The club was re-launched just nine months after they reallocated in June 2004. This move didn’t just bring the birth of a new club, it signified the death of another in Wimbledon FC.
A club which had fought its way through Non-League, before three consecutive Southern League titles saw them joining the Football League in 1977. The first club to win both FA amateur and professional cups, who gave the world the Crazy Gang, gone for good, but never to be forgotten. 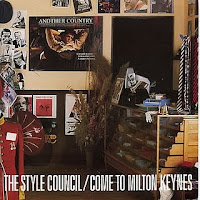 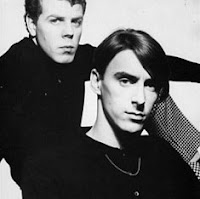 The club played at their temporary home at the National Hockey Stadium for three seasons before moving to their purpose built stadium in the Denbigh district of town.
stadium:mk was designed by Populous, who had also designed Wembley and Emirates Stadiums and constructed by Buckingham Group Contracting at a cost of £50m.
The stadium currently holds 22,000 with the top tier still unused around three sides which would add an extra 10,000 to capacity. The ground is bowl shaped with a large gap in between the roof and the top tier which produces a lot more natural light.
The main West Stand differs, having an added shelf type tier with two rows of executive boxes at the top running the full length of the stand.
There’s a video scoreboard at the North Stand, which is also allocated to away supporters.
The East Stand is the only section with text picked out amongst the black seats, with MK (big red dot) DONS picked out in white.
The South Stand is known as The Cowshed, where the main Dons vocal support gather. I have to mention the excellent backing they gave their team throughout the game. 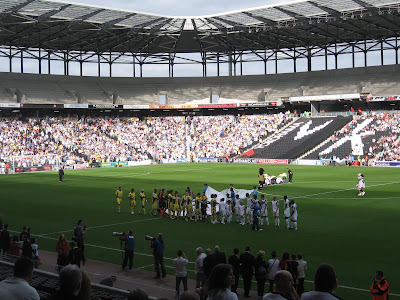 An injury time winner from Robert Snodgrass denied MK Dons a well earned point after playing the whole of the second half with 10-men.
The goal came in the second minute of stoppage time. A free kick wide left was swung in from Andy Robinson who found Snodgrass unmarked, making no mistake with a strong header past Gueret.
An even first half saw the Dons creating some good openings, striker Aaron Wilbraham failed to capitalise after good play from Chadwick and Lewington setting up the striker on three separate occasions.
Leeds had chances of their own, especially just before the interval with Snodgrass shooting wide after a Leeds counter attack and Kisnorbo sending a free header over
the crossbar.
An unnecessary challenge from Jason Puncheon on the stroke of half time, lunging in with a high footed tackle on Michael Doyle, gave referee Andy D’Urso no choice but to produce a red card.
Leeds failed to capitalise on the extra man advantage, the Dons battled well restricting the visitors to half chances from Beckford and Grella, while Leven went close for the home side with an ambitious volley from 25 yards.
Just as it looked like the Dons had earned a battling draw, they suffered the heartbreak of that last minute strike, which sent the 4,000 plus away following back to Yorkshire happy to see their side remain top of the pile in League One. 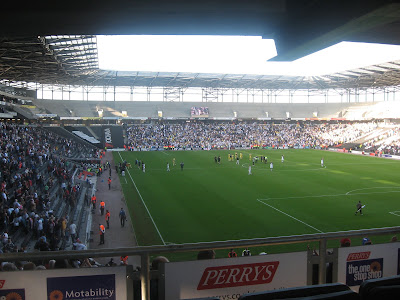 I travelled down to Lincolnshire on Friday where we were staying for a relaxing weekend break. I planned a leisurely drive down the A1 to Milton Keynes on Saturday morning, heading off at 1130am and expecting the 88 mile journey to be completed well before 1.30pm, well that WAS the plan.
The first obstacle I occurred was an accident on the motorway which diverted traffic off the A1. This meant an unwanted tour of the Rutland countryside which lead to bumper-to-bumperland aka Stamford.
At this point, if I had a newspaper with me, I would have checked if Stamford were playing at home, then parked up in the town to tick off the Vic Couzens Stadium instead, but I decided to keep going and hope I would make it. (as it turned out they were away)
After finally returning to the A1, I was again bullied off the motorway due to road works, forcing me on to the A14. I was really pushing it at this stage, with the ETA up to 2.50pm. Thankfully Margaret the Satnav was in fine form, guiding me on the A45 and eventually meeting the M1 which led me to the promised land of MK.
I finally arrived at 2.35pm, just managing to find a small parking space without double-yellow lines in the West Denbigh Industrial Estate.
I had enough time to visit the clubs shop, pick up my pass from the main reception and I finally took up my position in the stand just as the players were about to enter the arena.
The journey back to Lincs went smoothly, maybe because I avoided the nightmare A1, instead sticking to it‘s ‘M’ equivalent. Overall the stressful journey was worth it. I was really impressed with stadium:mk, the facilities are first class and as I’ve already mentioned the MK Army backed their team to the hilt. I got the impression of a well ran family club.
However after such an eventful day there was one big disappointment, after travelling all those miles I never spotted the one thing Milton Keynes is famous for - concrete cows! MOO! 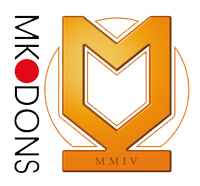 MK Dons is no fairytale as far as I can see.

Theft of a football league place rightfully earnt from the bottom of the pyramid by the original Wimbledon.

Why could Pete Winkleman have not done that with the incumbent MK City on his own doorstep?

Simple. That would be too much like hard work and with little guarenteed financial return.

Thank god for Leeds Utd... they at least know of a real football club when they play one. They did in 1975!

in spite of the anamosity towards mk dons (see above comment), i get the feeling i agree with you. a well run family club.

I spoke to an MK Dons supporter a few weeks ago who said he could not understand the animosity felt by other supporters. The reasons, whether you agree or not, are simple and as stated if the people and business people of Milton Keynes had wanted a club they could have gotten behind MK City or even the old Wolverton club.