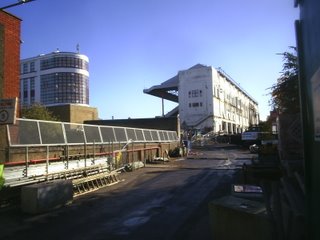 Before hitting the boozer,I had a some spare time to take a look at the current state of Highbury,which is in the process of being turned into a major residential area called The Stadium-Highbury Square.
The progress that has been made since Arsenal's final game at Highbury last May is the South Stand is now demolished,with the North Bank on it's last legs with half the stand and the last corner section remaining.With the East Stand being a Grade 2 listed building the facade along with the famous Marble Halls will remain,along with the West Stand facade thus becoming part of the Highbury Square project.
A nice touch about the new developement,is the area occupying The Gunners hallowed turf is to become a garden square,following the exact dimensions of the former pitch,the 711 apartments and flats will face inwards and become the vocal point of Highbury Square. 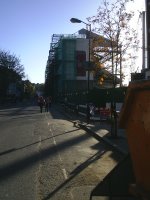 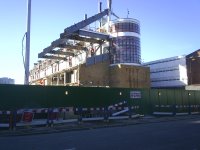 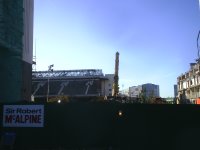 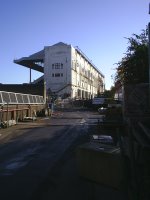 on November 19, 2006
Email ThisBlogThis!Share to TwitterShare to FacebookShare to Pinterest
Labels: Arsenal

One of the saddest sights in the world is a half-demolished ground :(