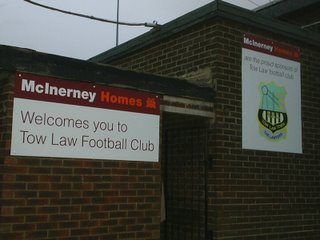 As the nights draw in and the first chills of autumn are upon us,what better way could there be to fill your tuesday evening, than spending a chilly night in the depths of County Durham,to see Gateshead's quest for a rare trophy at Tow Law Town in the Durham Challenge Cup.
Tow Law is a former iron works and mining town,and lies in the west side of Co.Durham at the brow of the Wear Valley,the gateway to the North Pennines.'The Lawyers' have been in the Northern League since 1920 and have played at Ironworks Road since the late 19th Century,their ground was built by volunteers during the mining strike in 1892/93.The ground features a main stand decked out in the clubs colours of black and white stripes,there is also a covered terrace behind the goal and the main feature of the ground is the slope which runs across the pitch and is steep enough to sledge down on a snowy day.
The Durham Challenge Cup is a competition open to clubs affiliated to the Durham FA,and features clubs from Tyneside,Wearside,Cleveland as well as County Durham itself.Tow Law are previous holders of the trophy,way back in 1895-96 season,but they'll have to wait another season to try and get their hands on the trophy again as the 'Heed Army' march through to the first round proper.The Tynesiders will be hopeing to become county cup winners,in a county that we're not even a part of,but we won't quarrel about geography if we can get our hands on a pot come the spring.
match report @-http://www.gateshead-fc.com/report.php?i=508 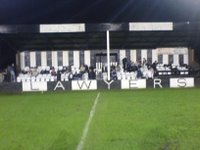 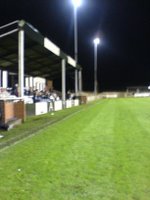 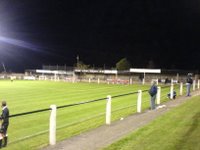 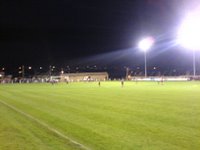 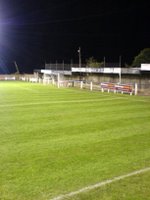 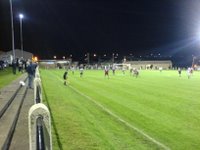 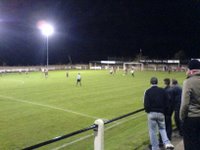 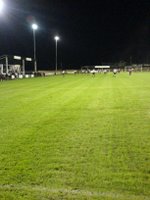 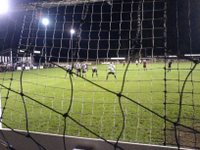 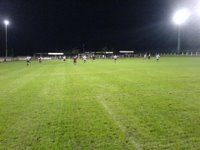 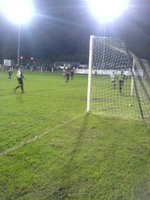 The old ladies in Tow Law were very friendly.Pity the photo never turned out.