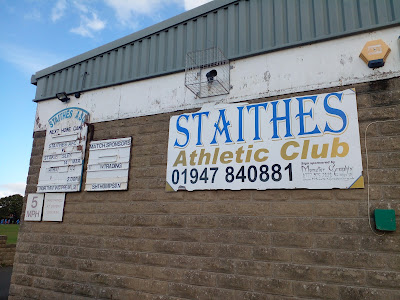 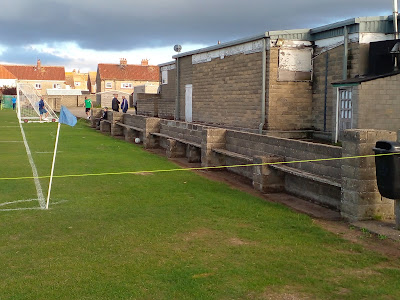 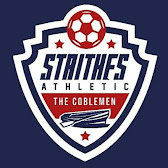 Staithes is a seaside village in the Scarborough Borough of North Yorkshire, whose name derives from Old English meaning 'Landing-Place'. The village has a long fishing tradition, using the coble, a fishing boat developed on the north-east coast.

Staithes' most famous resident was James Cook who was born in nearby Marton-in-Cleveland. He worked in Staithes as a grocer's apprentice in 1745-46 where he first gained his passion for the sea, before moving to Whitby where he joined the Royal Navy.

Staithes Athletic played in the Teesside League from 2014, before The Coblemen were placed in the Premier Division of the newly formed North Riding Football League in 2017. 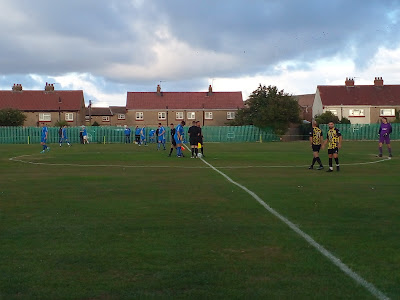 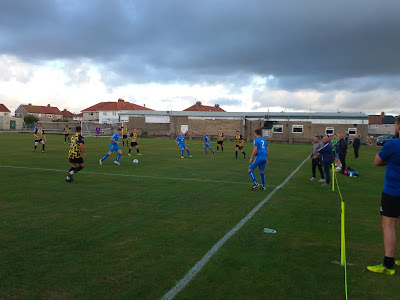 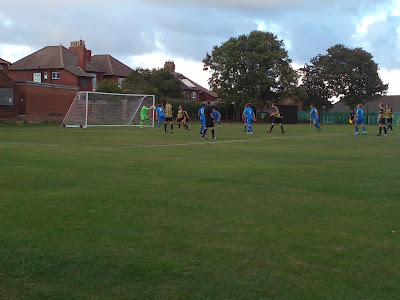 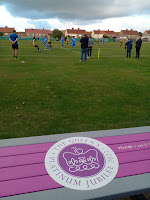 The ground is at the top of the village, just off the A174 road between Teesside and Whitby, at the top of  Staithes Lane, probably the steepest bank I’ve ever walked up.

The ground is primarily a cricket ground, with wooden bench seating built into the boundary walls. There are several picnic tables and at the top end a couple of memorial seats. 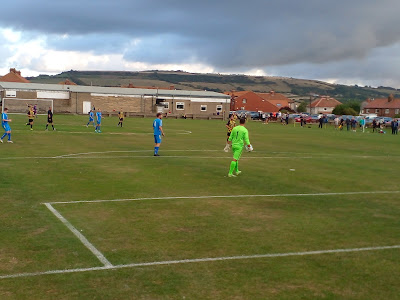 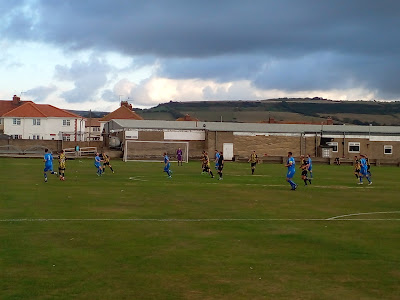 This was yet another attempt to tick off this ground. I last visited in January 2020 when I arrived to find no one here, apart from a father and son having a kickabout on the pitch. Every time I planned to visit, the fixture was either postponed or switched to Guisborough, so before I set off this time, I received positive confirmation it wouldn’t be a wasted journey 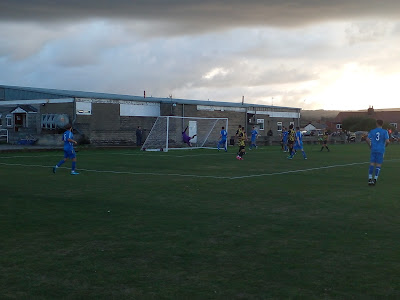 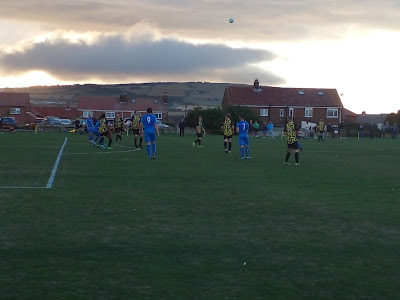 Title chasers Yarm & Eaglescliffe raced into a healthy lead, scoring three goals in the space of six minutes during the first half. They broke the deadlock in the 25th minute when a free kick into the box was cleared, before falling nicely to Sam Lawrence, who smashed in a volley from distance. Two minutes later an effort from Liam Fox hit the crossbar before he raced in to scramble home the rebound, followed by another fabulous goal, this time from Haani Rahman with a superb 25 yard curler.

Staithes got back into the game when Jacob Midgley fired home a penalty just before the hour mark, then Sam Calvert flicked on a right wing cross to make it 2-3 on 78 minutes. The away side managed to survive late pressure to hold onto the 3 points, in a cracking game, which made it well worth this long wait in visiting Statues Athletic. 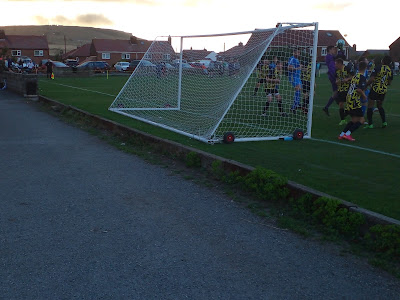 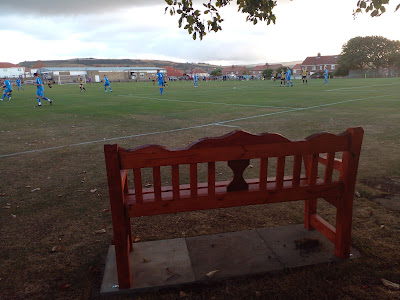