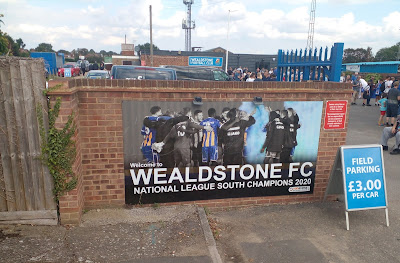 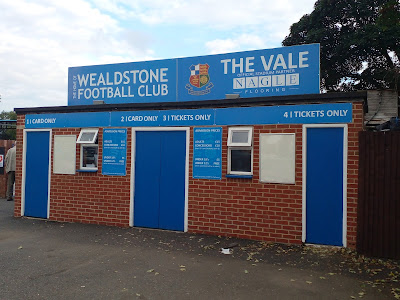 Wealdstone FC was founded in 1899, now based in Ruislip in the London Borough of Hillingdon. The manor of Ruislip appears in the Domesday Book, with some of the earliest settlements still surviving and designated as local heritage sites. St Martin's parish church dates back to the 13th century and the northern end of Ruislip High Street has some original village square buildings, which are now Grade II listed.

The Stones started in the Willesden & District League, winning the league twice, then following the First World War played in the London League and Middlesex Senior League. 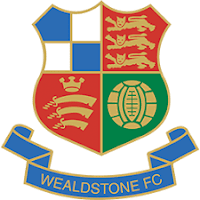 The Stones returned to the top of the Non-League pyramid as National South champions in 2020.

They have the honour of appearing in the first ever football match to be televised in the UK, when the BBC showed part of their league match against Barnet in October 1946, and the first club to win the Alliance Premier/FA Trophy double in 1984-85. Wembley success was also achieved in 1966 when they beat Hendon to lift the old FA Amateur Cup. 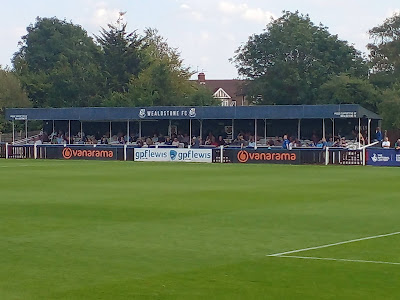 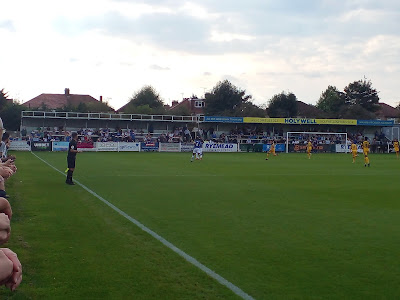 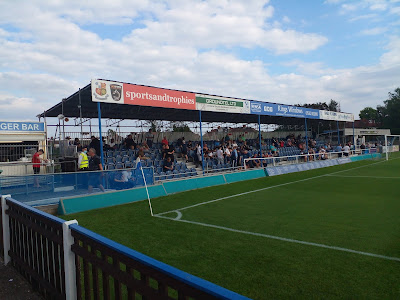 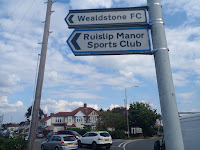 In the early 20th century the club played at the College Farm Ground in Locket Road, before moving to Belmont Road, both in Wealdstone. At the start of the 1922-23 season they relocated to the Lower Mead ground in central Harrow, which was home until 1991 when financial problems caused by boardroom misconduct saw the ground sold for commercial development.

In January 2008 after 17 years of various groundshares, they obtained the Ruislip Sports and Social Club, plus the associated lease at the Grosvenor Vale ground from Ruislip Manor FC starting from the 2008–09 season. 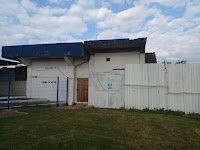 The entrance to the ground is in the corner, where there's a small covered terrace, the 1966 Stand (which backs onto the social club), team dugouts and sections of open terraces running along this side. On the opposite side is the original main stand, flanked by open hard standing. Behind the goal nearest the entrance, is the changing rooms with the Bulla Stand covered terrace, added in 2013. At the top end is the Crouch Corner terrace next to the remains of a concrete gun turret, used to protect nearby Northolt Aerodrome from German bombing during World War II. Also behind this goal is a six row covered seated stand, the latest addition to the Vale added in 2017. 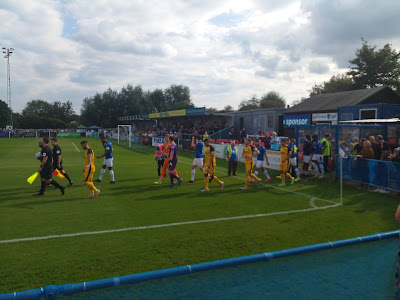 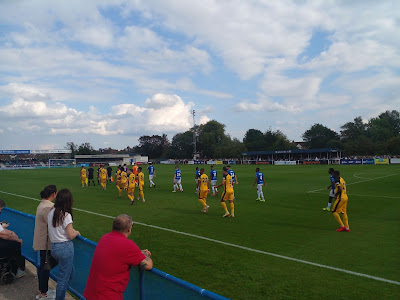 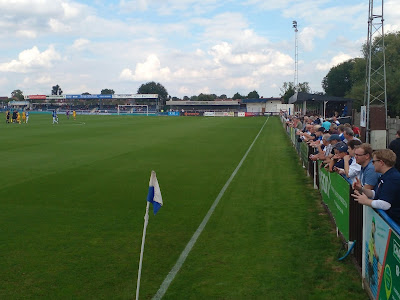 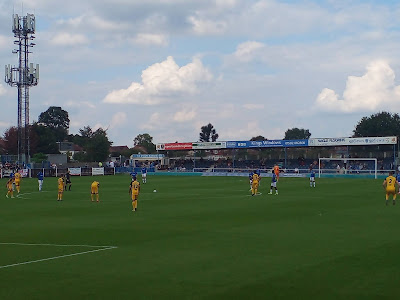 It was honours even at the Vale, as the Shots twice hit back to grab a point. The Stones took the lead when Dennon Lewis teed up Ira Jackson to fire in the 28th minute opener, before a good finish from Corie Andrews early in a lively second half. Josh Umerah put Wealdstone back in front, heading in from a long throw-in by Jack Cawley, but yet again, they couldn't hold onto their lead. A lovely through ball from Toby Edser set up Andrews for his second, then both teams continued to create decent chances, but overall the draw seemed the fairest result. 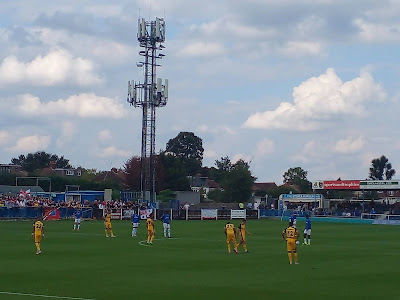 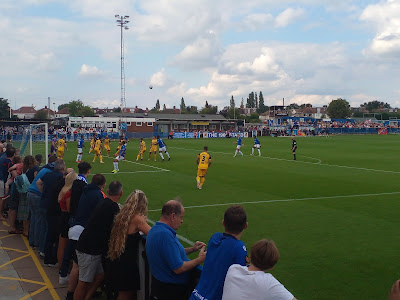 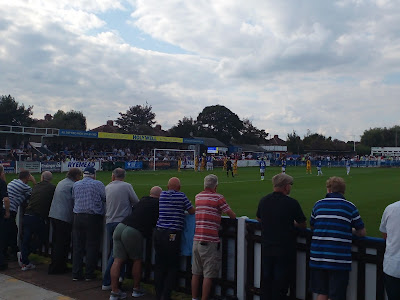 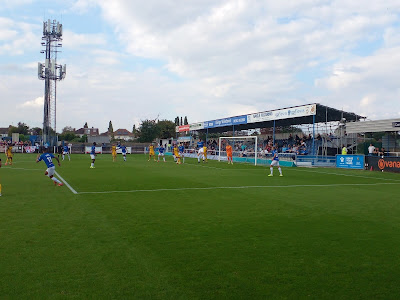 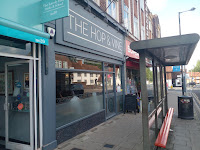 This was my first visit to London since the breadknife and I got caught in the capital, when the first lockdown of pubs and restaurants was announced in March 2020. We had a big list of pubs we wanted to visit over those few days, so we had some unfinished business to take care of. For my Saturday footy fix it was the Metropolitan Line from Kings Cross to Ruislip for a long overdue visit to Wealdstone.  I arrived in Ruislip Manor at 2pm, making time to call at the JJ Moons and the GBG listed Hop & Vine before kick off. Overall we ticked off 25 Good Beer Guide pubs in London, so a canny weekend and a great end to our holiday fortnight. 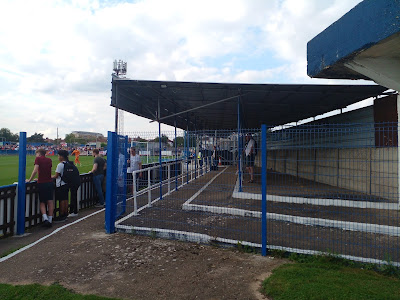 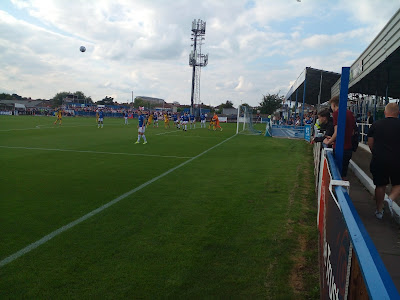 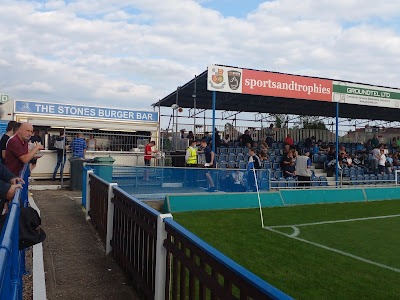