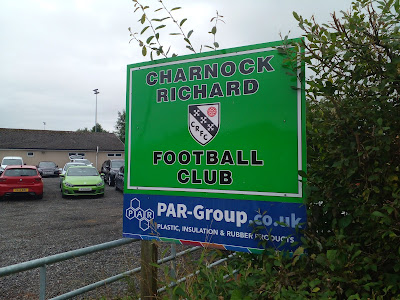 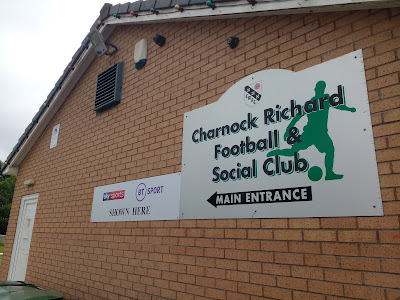 Charnock Richard is a small village and civil parish in the borough of Chorley in Lancashire, situated on the A49 road between Preston and Wigan. The village was named in the early 13th century by the local landowner, who gave the township his first name of Richard, to distinguish it from neighbouring Heath Charnock. (population: about 1,750) The area’s most famous landmark is Charnock Richard Motorway Services, situated between Junctions 27 and 28 of the M6. It was the first service station on the M6 Motorway when it opened in 1963, and is currently operated by Welcome Break.

Charnock Richard FC was originally established in 1933. when the village team played Sunday football in the Chorley Alliance League. After winning the league in 1947–48, the club folded, before eventually reforming in 1955. The club won a second league title in 1956–57, before switching to the Preston & District League, winning the league in 1960–61 and a further four titles, the last of which came in 1989–90. 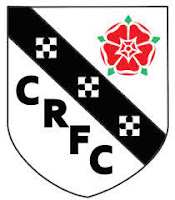 Travelling with Katie & Lee(thank you for the fab birthday presents!)

An early start and bus journey to the rendezvous point in Houghton-le-Spring for a 8.30 departure. 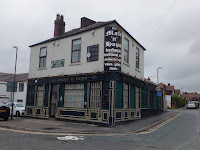 We arrived in Chorley just before 11.30, so I had an hour to tick off a few of the GBG pubs in the town centre before heading to the match, namely the Bob Inn, Shepherds Hall Ale House and the Malt & Hope, but unfortunately the Ale Station wasn't open.

We had decided on Monday (after a lengthy Messenger discussion) to do Charnock Richard this week, but we only learned on Friday night about their Reserve team playing beforehand, so another week and another Groundhopping double.

The two grounds are opposite one another on each side of Charter Lane. The social club pitch is fully railed with a pair of brick dugouts on one side. The changing rooms are within the social club, with its own entrance on to the pitch.

Mossie Park has a main stand central on one side, with stepped standing enclosures directly behind the entrance end goal and on the cricket pitch side, situated next to the dugouts. The changing rooms, refreshment kiosk and club offices are near the turnstile entrance. 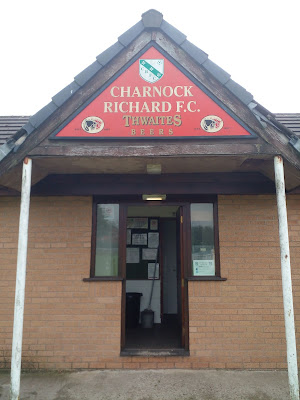 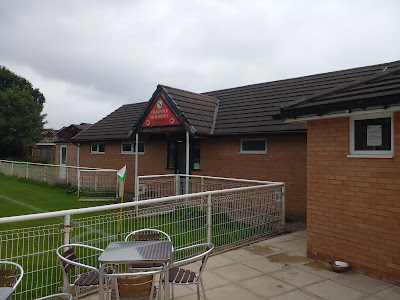 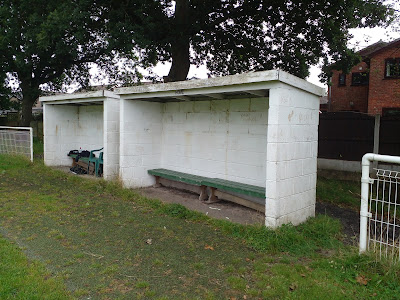 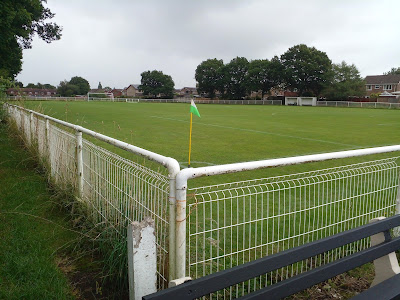 The reserve team compete in the West Lancashire 2nd Division and finished off their pre-season with a competitive friendly against Old Blackburnians.

The away team took the lead with a chip shot from Tommy Kay, but the hosts soon responded with an equaliser from Alex Neil, before a Ross Ellison header gave them the lead. The first half action seemed to have settled the result, but in the final minute Cameron McDermott was sent clear and calmly found the back of the net to make it two's-a-piece. 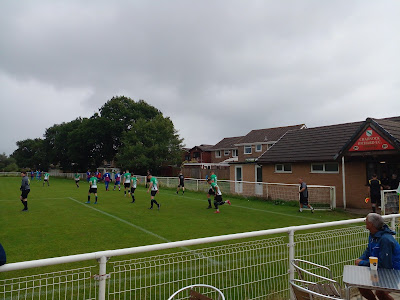 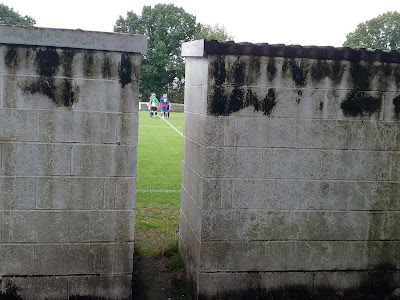 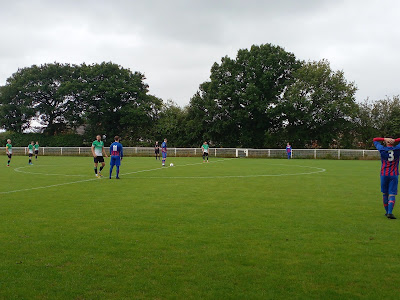 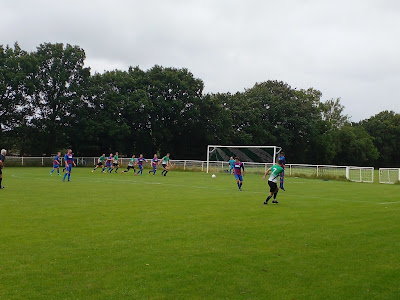 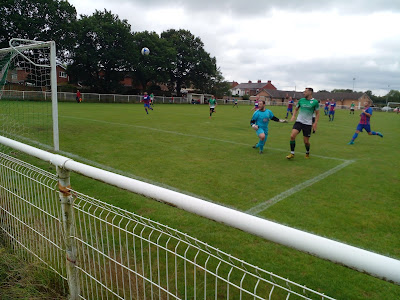 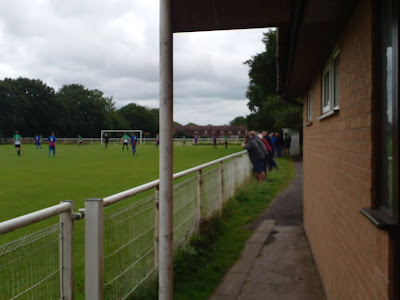 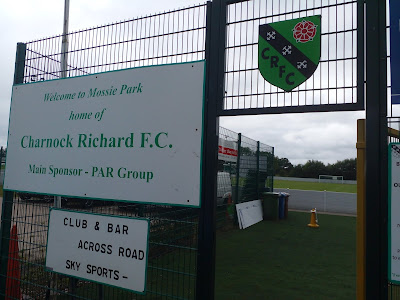 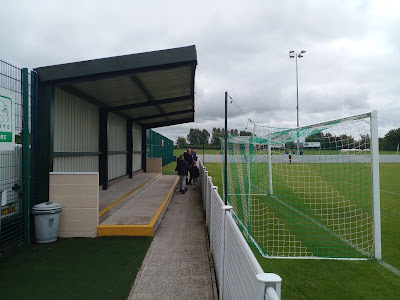 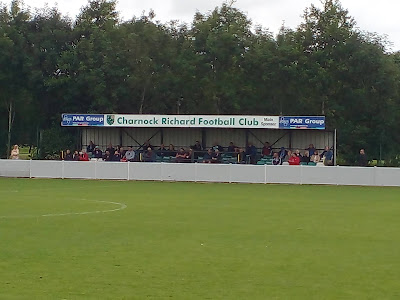 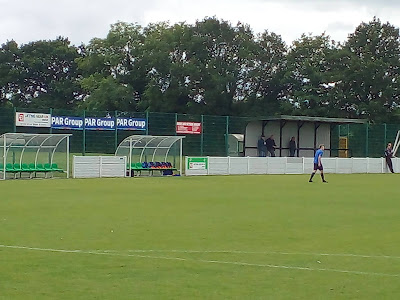 Charnock hit back from an early setback to win in style, following Daniel Bowden tapping in from close range with their first attack. The game turned in the twentieth minute when a foul from Winsford’s Michael Langley saw the ‘keeper injure himself in the collision. After a seven minute delay he was carried off and finally booked, with centre-half and captain Sean Sherwood taking over in goal.

The ball fell kindly into the path of Nathan Nickeas to calmly equalise and the match turned around in first half stoppage time, with a superb chest and volley combo from Lewis Haydock.

The stand-in ‘keeper couldn't be faulted for any of the goals, with a terrific free kick from Jordan Darr and a lovely run and well placed shot from Will Riding making it 4-1 by the hour mark.  Darr heading in the rebound after the initial shot rattled the crossbar to round off a great afternoon and a dream start to the new season for Charnock Richard. 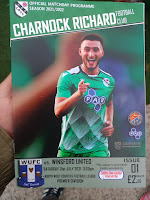 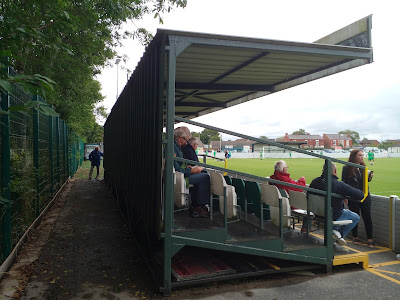 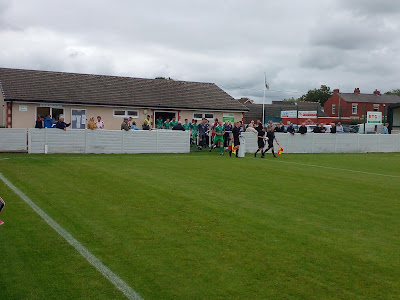 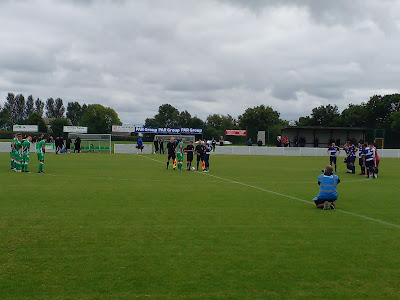 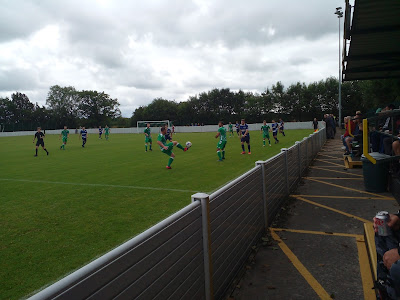 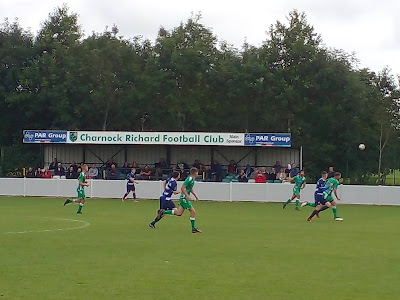 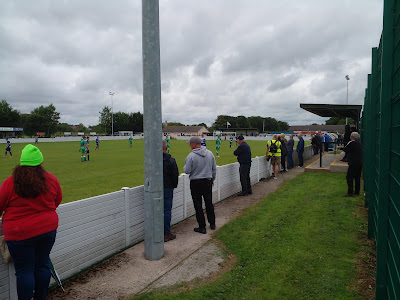